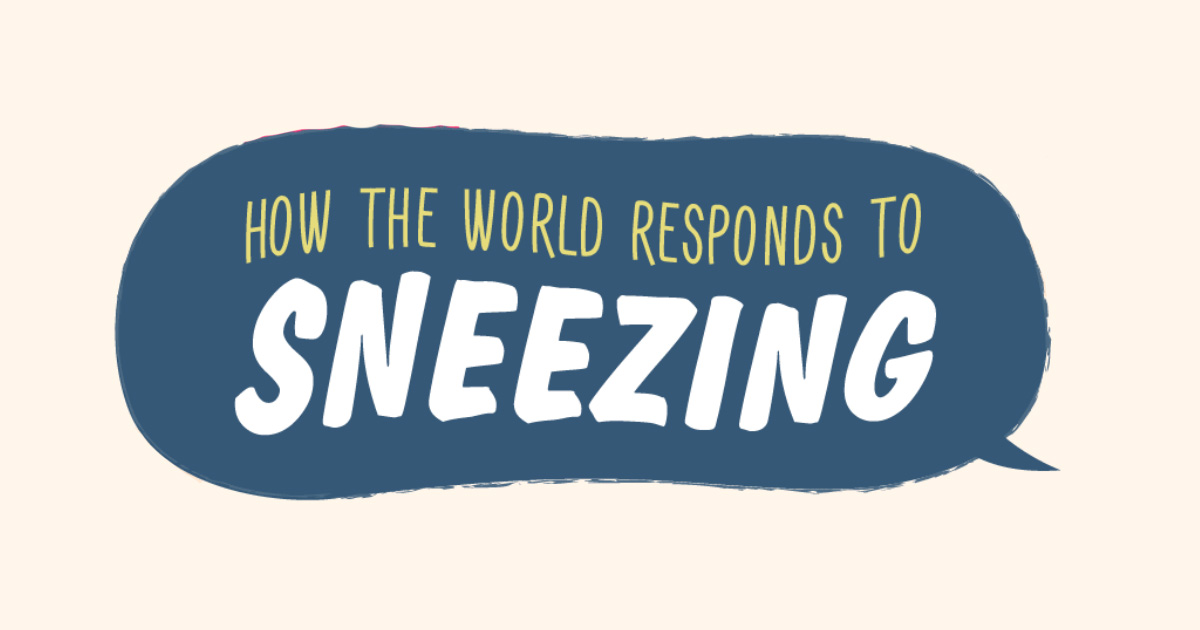 The Way People in Different Cultures Respond to Sneezing, in Their Languages

Who doesn’t love a good sneeze? It’s a healthy way to expel foreign particles and irritants from our airways, and boy is it satisfying. But the sneeze isn’t the only reflex action — there’s almost always a response that follows. And while the sound of a sneeze is usually the same the world over, the replies vary depending on the country and language.

So how did this custom start? In ancient times, some cultures believed that sneezing was a demon exiting the body. While we’re a bit more relaxed about it these days, many of the responses remain shrouded in superstition.

Some believe it began in the 6th century, when the bubonic plague was tearing through Europe and Pope Gregory the Great instigated “God bless you” as protection against the deadly pandemic. Another theory is that the Ancient Greeks and Romans saw sneezing as a sign of well being, and would offer “Jupiter preserve you” as a well-wishing pleasantry.

Either way, most cultures still can’t let a sneeze go by without comment. The various responses offer a glimpse into the colonial history of each continent, mapping the rise of languages around the world. In Europe many of the responses are in the native language of the nation. In Germany they say gesundheit!—simply meaning “health.” Other languages have equivalent versions, like the Spanish salud, which, due to colonization, is used in Spanish-speaking countries across North and South America. The wide variety of sneeze responses in Australia and Africa can also be directly attributed to colonization.

In contrast, some Asian countries have no response to a sneeze; it’s simply not customary to respond in places like China, Korea, Taiwan, Japan and Malaysia. Islamic culture believes that sneezing lightens the mind, so one should praise Allah when it happens.

If you’re planning a trip, knowing how to respond to a sneeze appropriately will ensure you fit right in. And no matter where you’re off to, we’ve got you covered.

Embed this infographic about how people respond to sneezing around the world on your site:

How the world responds to sneezing, courtesy of Expedia.ca

Fries from Around the World 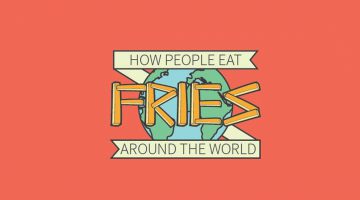