As the country’s largest organization dedicated to enhancing awareness of Canadian history and citizenship, Historica Canada is the perfect resource for all things past. That’s why Expedia Canada partnered with them for a two-part highlight of not-to-miss hot spots for any history lover.

If you’re a theatre and history buff, Winnipeg is the place for you. Le Cercle Molière, established 1925, is the oldest continuously operating theatre company in Canada. It promotes French-language theatre and builds ties between Manitoba’s French and English communities. But that’s not the city’s only “dramatic” claim to fame. The Manitoba Theatre Centre was Canada’s first English-language regional theatre and once cast Keanu Reeves in the role of Hamlet.

If you want to visit a historic site, why not go prehistoric? Alberta is home to one of the richest dinosaur deposits in the world, first discovered by Joseph Tyrrell in 1884. Swing by Drumheller to visit the Royal Tyrrell Museum or head to Dinosaur Provincial Park. There’s more to see then some old bones — the hoodoos (stone shapes jutting up from the ground) are equally captivating.

For more than 40 years, Pier 21 operated as the first point of entry for over one million immigrants and refugees. It also served as a departure point for Canadians bound for the European theatre in the Second World War. The postwar years were some of the busiest, as roughly 200,000 displaced persons arrived in Canada. Pier 21 closed in 1971, as air travel surpassed passenger ships as the preferred mode of immigration travel. 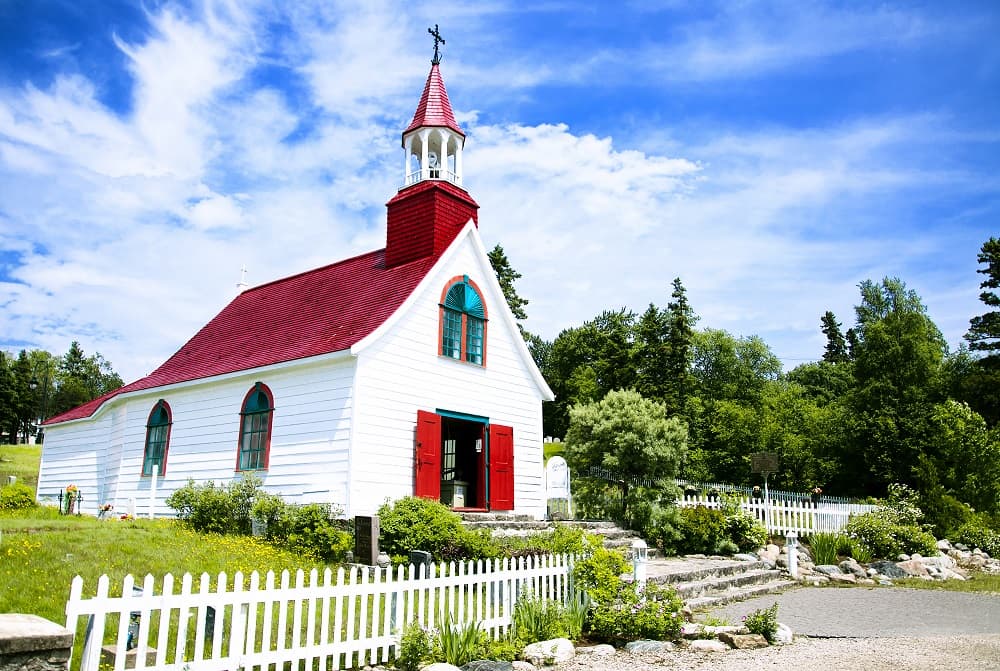 When Samuel de Champlain set out on the first North American voyage, Tadoussac was his destination. An important trading centre for Aboriginal communities, it became a fur trade hub for Europeans. There, the so-called “Father of New France” signed the first treaty with the Montagnais and Naskapi, laying the groundwork for French-Aboriginal relations. Tadoussac is also home to Canada’s oldest wooden church (1747). Once you’re done taking in the history, get out and whale watch.

Victoria is Canada’s oldest Chinatown, home to a large Chinese community since the mid-19th century. The first Chinese migrants came seeking gold, but by 1882, thousands had flooded in to work on Canadian railways. The community thrived despite opposition from European settlers, and ultimately helped develop Canada’s current trans-Pacific connections. Today you’ll find traditional Chinese architecture, art, clothing, a market and the Chinese Cemetery.

Bullet holes are still visible in the church at Batoche where Louis Riel and his Métis and First Nations supporters made their last stand in the North-West Rebellion. One of Canada’s most controversial figures, Riel had returned to Canada from the US, where he was exiled for his role in the Red River Rebellion. At Batoche, he led a force of less than 300 for four days against a government force of 800. Riel was arrested and ultimately hanged.

This park is one of the inaugural UNESCO World Heritage Sites and about the size of Belgium. Located on the traditional territory of the Dehcho First Nations, there is evidence of human occupation in the park as early as 10,000 years ago. The wild South Nahanni River, abundance of wildlife, hot springs, and the 92 m Virginia Falls are all a draw, but with no public road access be prepared to fly or hike in.

Previous post 5 Reasons to Visit Finland in the Summertime