Canada’s reputation for friendliness extends to willingness to embrace inclusivity and diversity. People here are just more welcoming, and LGBTQ2+ travellers traverse the country uninhibited, especially to the cities. We chose the following places as the top LGBT-friendly cities for the qualities of equality they share. From histories of progressive laws to fun and friendly gay villages to popular Pride events, these cities embrace all colours of the rainbow and fly that flag high and proud.

Here is our list of inclusive spaces every visitor can enjoy with abandon. 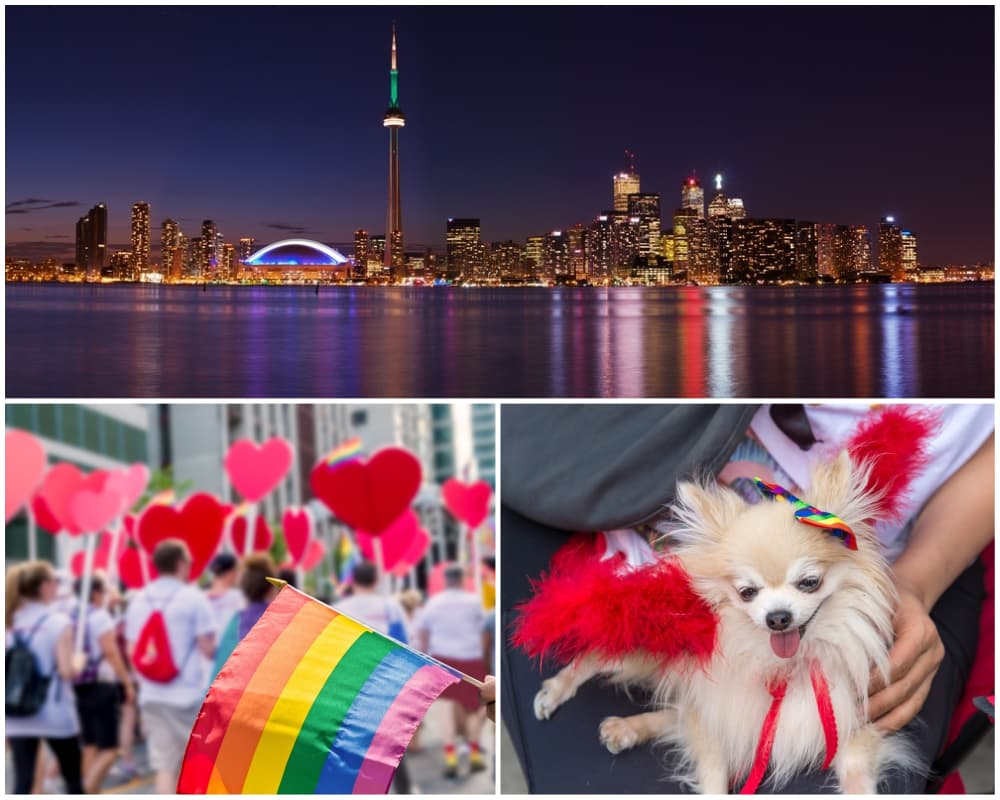 As the record holder for highest number of LGBTQ2-identifying people in the country, Toronto rolls out the rainbow carpet for those looking for some gay-friendly fun. Activities and hangouts centre around the Gay Village and Queer West Village. The ever-popular Woody’s has been living it up since 1989, and is a complex of five bars that feature nightly DJs (among other entertainment). Other iconic Toronto gay bars include Crews and Tangos for drag shows and karaoke, and The Beaver for bingo and patio parties. Come in October for the uber-festive Halloween on Church (and surrounding events) or grace the city with your presence the entire month of June for Pride Month. 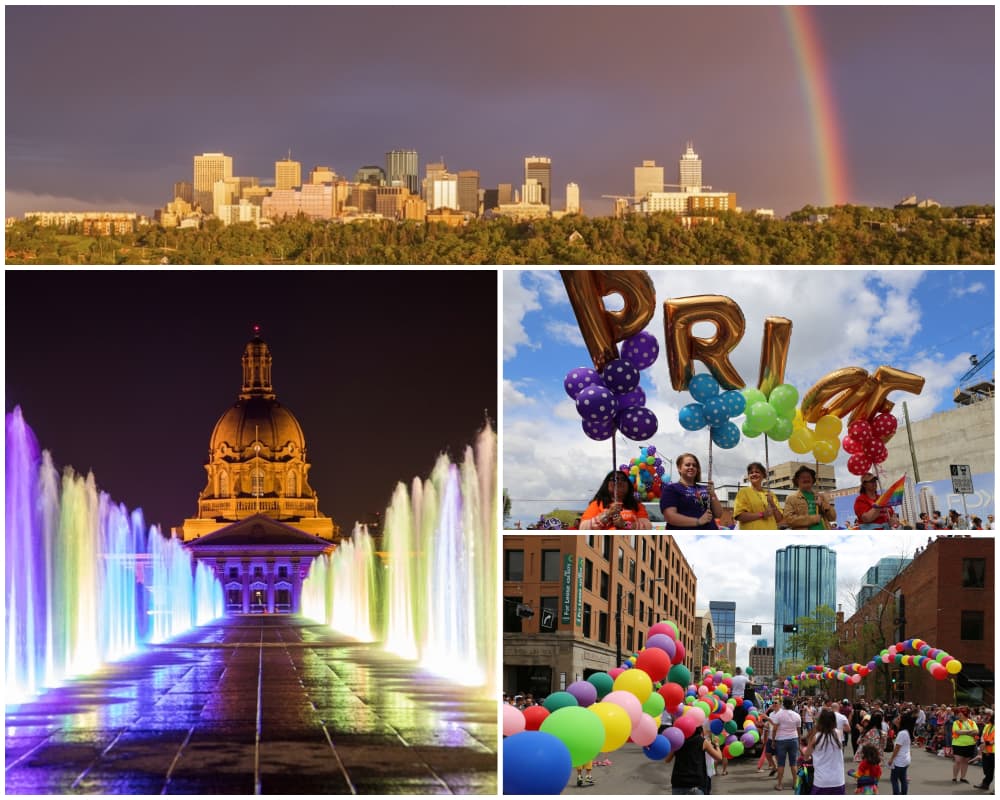 As far as gay pride goes, Edmonton takes the cake. Edmonton Pride Festival is a week-long celebration that’s grown from its roots as a small barbeque 38 years ago. The grill’s still smokin’ all these years later, but the celebration has grown to include a parade, awards event, beer gardens, DJs, and parties galore. Come August, the Fringe Theatre Festival—the largest in North America—takes over the city with all the curiosity and inclusiveness these events are known for. The Jasper West area is the place to find gay bars and businesses, and queer visibility is championed through organizations like the Pride Centre of Edmonton. Evolution Wonderlounge is a hot spot where you can get your dance on at any time of year. The Art Gallery Alberta produced a show in 2015 called “We Are Here: Edmonton’s Queer History Project” that highlighted the lives and contributions of LGBTQ2+ residents through time, and the space features queer artists regularly.

Fun Fact: CFB Edmonton was the first military base in Canada to raise the Pride flag. 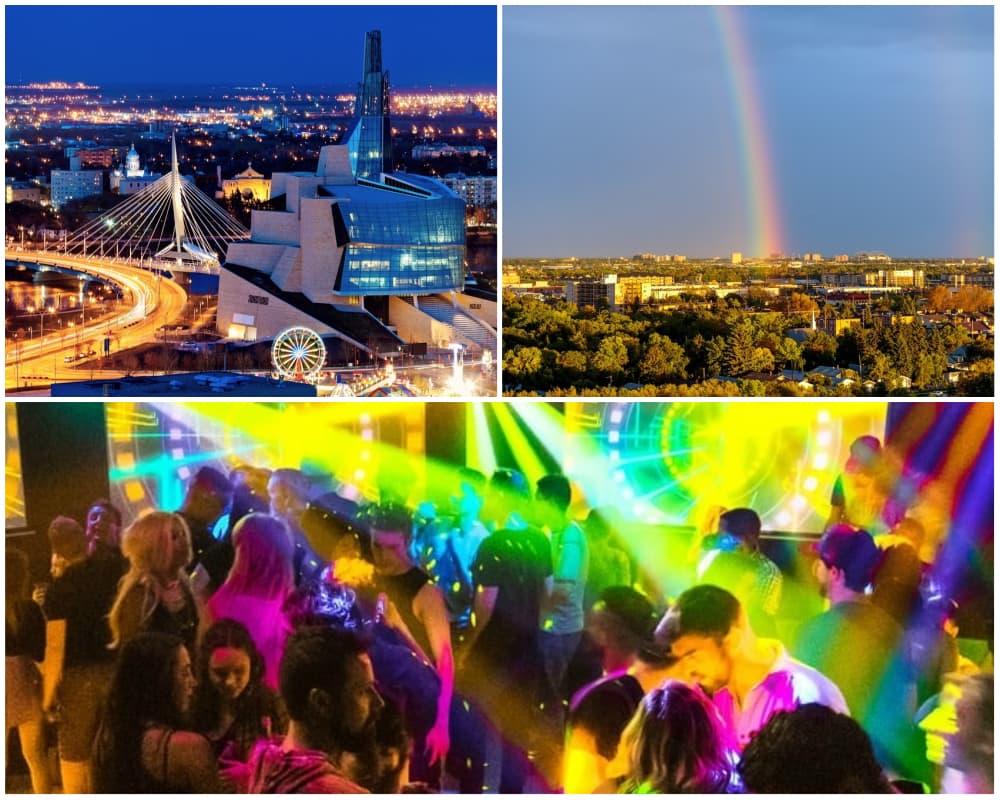 Winnipeg’s commitment to equality solidifies its place as one of the most welcoming cities. As home to the Canadian Museum for Human Rights, it’s dedicated to educating on the values of diversity and inclusivity. In 2012, the city became a Regional Partner of Pride at Work Canada, an organization that champions LGBTQ2+ people in the workplace. It’s not all work and no play, however. Osborne Village is the place to let loose, and revellers should go to The Tallest Poppy the first Saturday of the month for Queer People of Colour night. Other inclusive spaces to party are Fame Nightclub and Club 200. 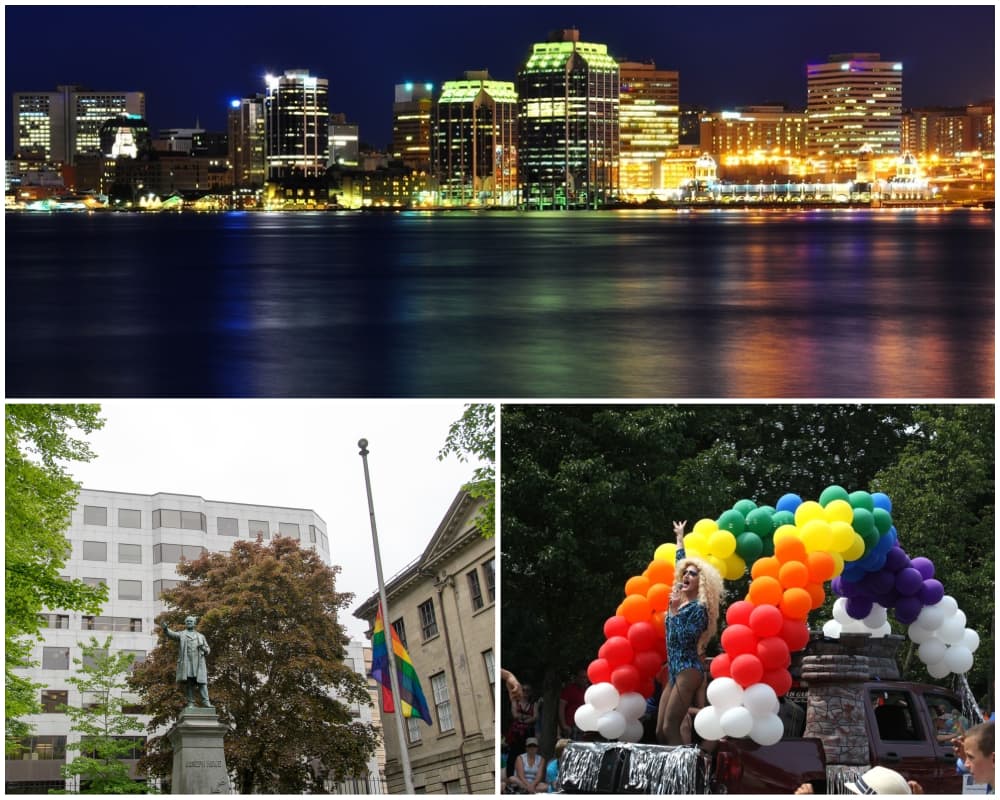 Don’t be a size queen when it comes to Halifax. Though small, this city rocks some big love of every persuasion. The area around Spring Garden Road has lots of friendly shops, restaurants, and bars. Popular watering holes Reflections Cabaret and Menz & Mollyz are on hand for inviting entertainment. Halifax Pride is a can’t-miss event, during which you can support the community at the Seaside Soiree and Auction.

Fun Fact: The Nova Scotia Rainbow Action Project was founded in 1995 and has worked ever since to support the Rainbow Community through education, activism, and resources. 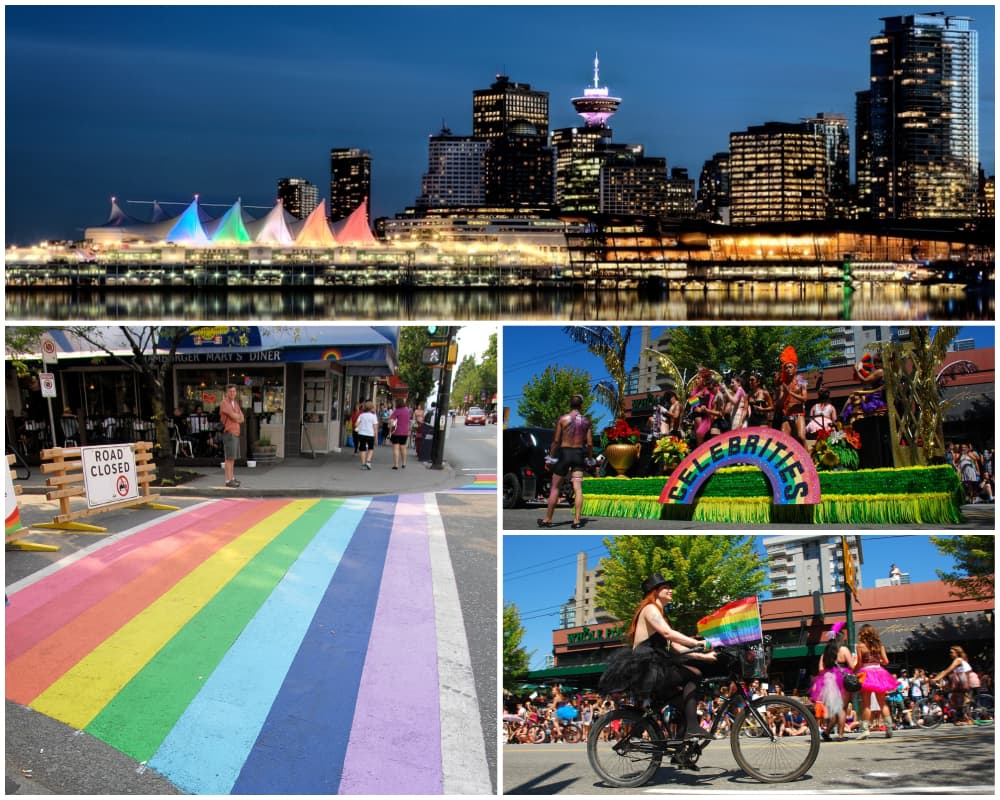 The Vancouver Pride Society keeps the city lively with events throughout the year while promoting diversity and the LGBTQ2+ community. Davie Village is the centre of the action, and there is no shortage of places to see and be seen, from Celebrities Nightclub to Numbers Cabaret to Fountainhead Pub. Events are especially plentiful in summer and include the Queer Arts Festival in June, the 40th anniversary of the Pride parade in August, queer trivia nights, Pride Sports Day, and so much more.

Fun Fact: Canada’s first and only permanent rainbow crosswalk is at Davie and Bute Streets. 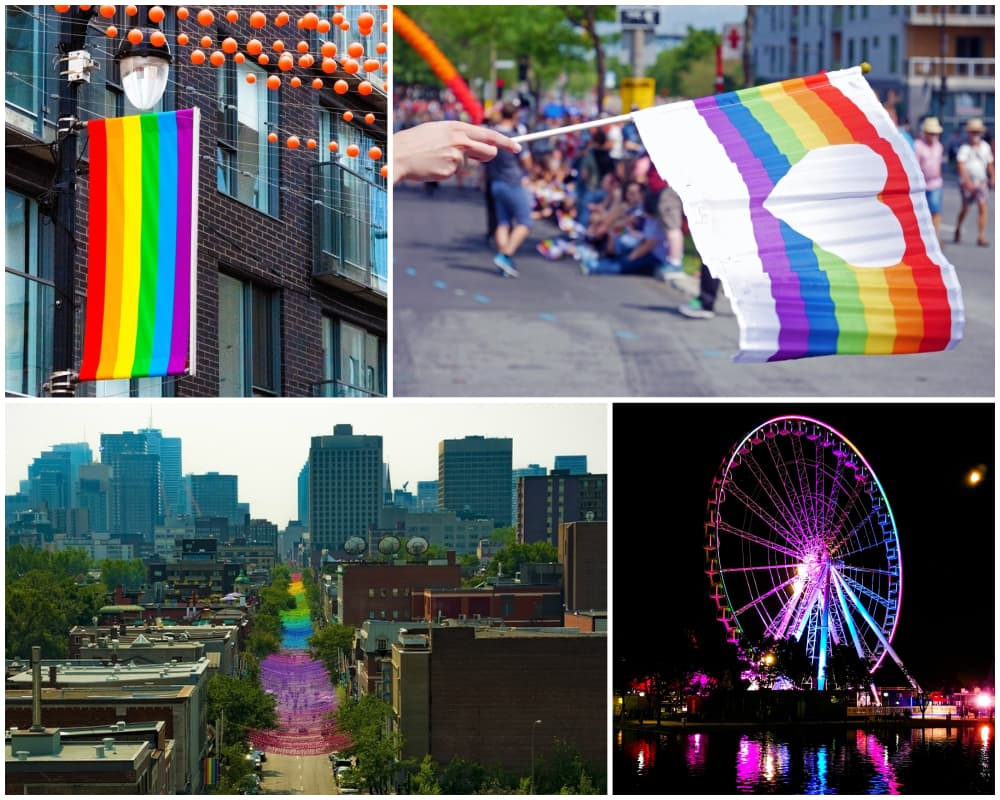 The search for the most gay-friendly cities naturally lands on Montreal, where queer life is concentrated around Le Village, events that support the community are abundant, and inclusive attitudes are the norm. Aires Libres is a must for art lovers, and there’s plenty of opportunity to explore, as the event runs from May through September. Fierte MTL (aka Montreal Pride) is a nonstop celebration of being out, proud, and 100 percent yourself August 9–19. Thanksgiving gets extra celebratory at the Black and Blue Festival, the world’s largest gay-benefit dance festival on October 7. Any time of year you can explore LGBTQ2+ revelry at places like Club Unity (Montreal’s biggest gay club), Cabaret Modo (a raucous drag club), and Sky Complex (a three-level entertainment centre).

Fun Fact: Montreal was home to the first World Outgames in 2006. 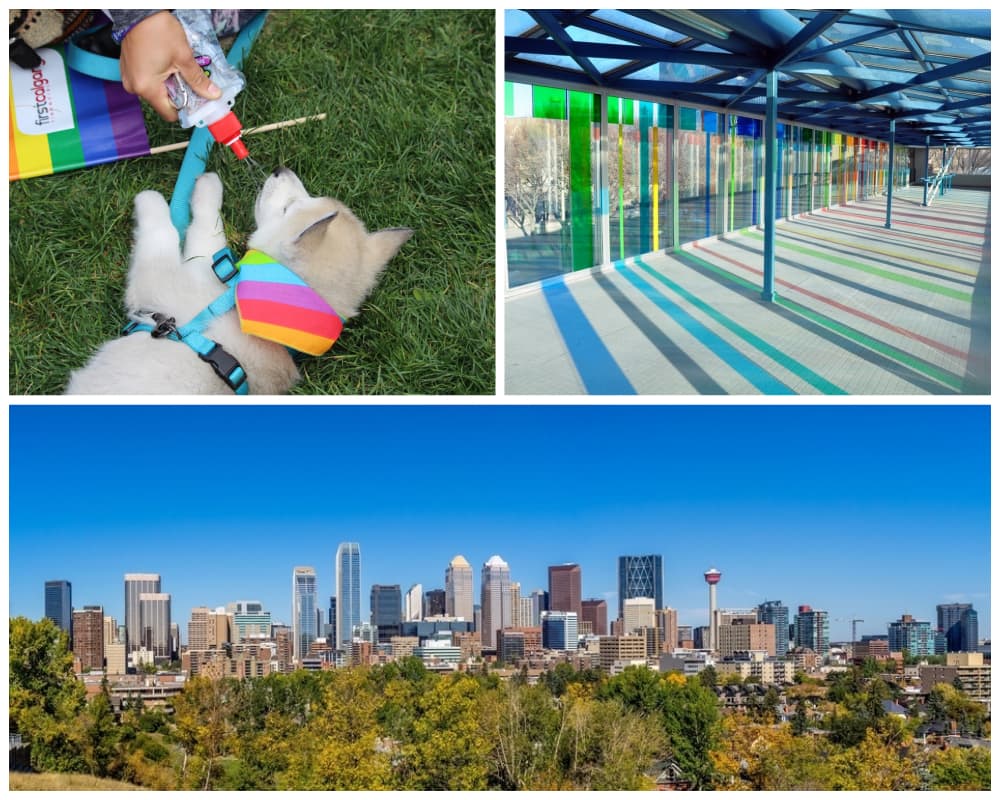 What native Calgary daughters Tegan and Sara have done for queer and women’s rights is incalculable. They’ve inspired so many young women and LGBTQ2+ people to be their authentic selves, and their Calgary-based foundation is continuing their good works on a grander scale. Calgary is leading progressive thought in other ways, too. Six Degrees Calgary: Towards Resilience is a new global forum to educate on ideas of inclusiveness. Calgary Pride lights up the city starting late August, and bars like Backlot and Twisted Element offer safe spaces to explore nightlife. 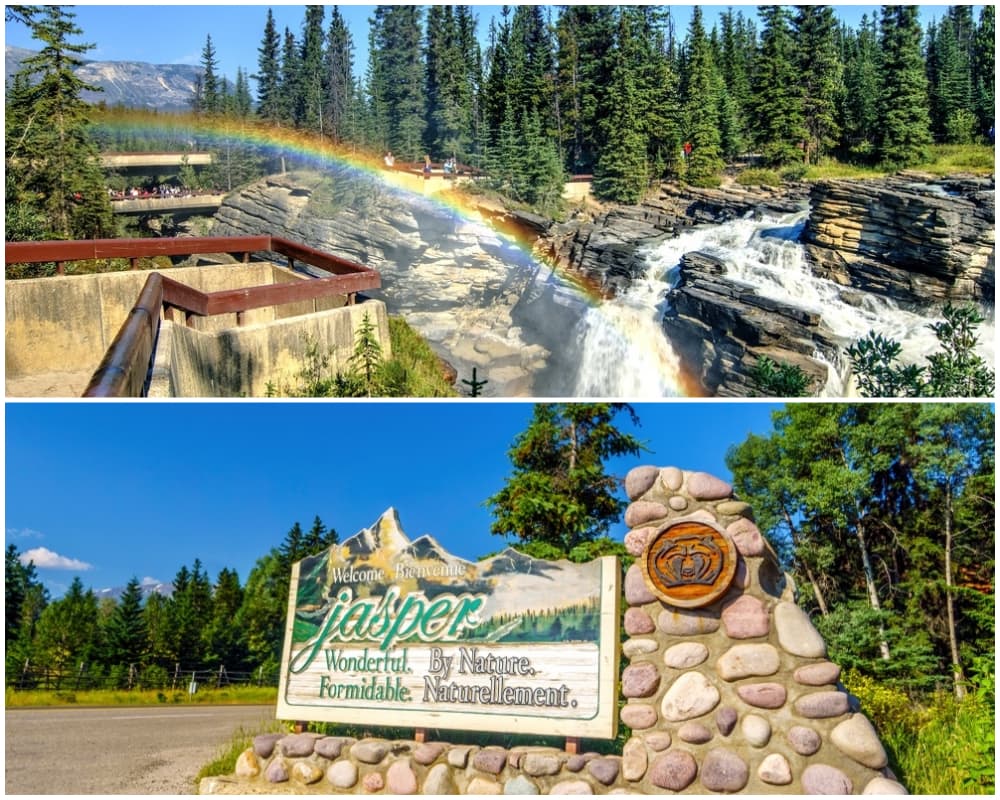 A prime wedding destination for couples of all orientations, Jasper is also the best place to get away from the bustle of city life. Small but welcoming, this city of around 5,000 permanent residents even has its own LGBTQ2+ celebration, Jasper Pride Festival in April. Lace up your hiking boots, because Jasper National Park has some of the best trails around. If you’re craving some nightlife, head to the Atha-B club in the Athabasca Hotel. For a fun treat, visit Jasper Rock and Jade, where their homemade fudge sometimes comes in a rainbow variety!

Fun Fact: OUT Jasper is an advocacy group that hosts an annual meeting open to the community to share and learn. 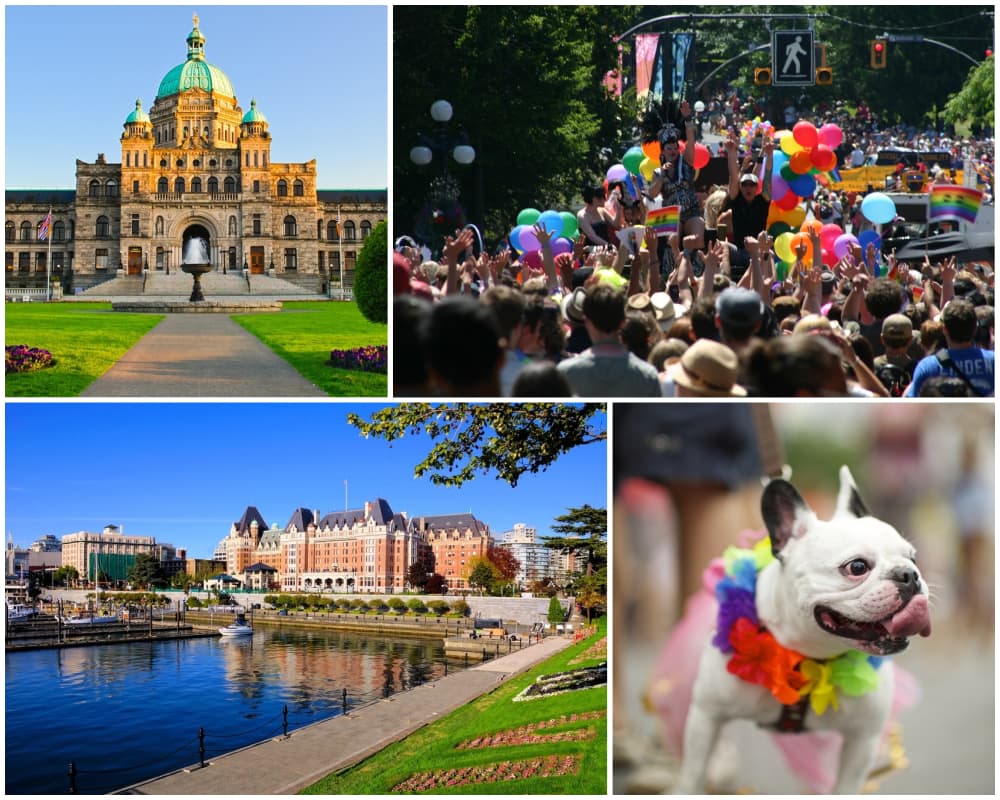 If you visit for no other reason than the beauty and charm of Victoria, that would be excuse enough. Luckily for everyone, the mindsets of its residents are as pleasing as the scenery. For LGBT activities specifically, come the first week of July for Victoria Pride (word to the wise: you haven’t lived until you’ve seen the Big Gay Dog Walk). Paparazzi Nightclub pops and sizzles seven days a week, and mainstream spaces like Lucky Bar and Hush spice things up with female DJ nights, disco parties, ladies-only nights, and all-vinyl sets. Romance is in the heart of this city, so bring your partner and experience their motto #LoveIsWelcomeHere in person.

Fun Fact: In 2017, the Jennifer Wise play “A Queer Trial” was performed on the same site its subject took place. It told the true story of John Butt, an openly gay man who in 1860 was acquitted of sodomy charges. 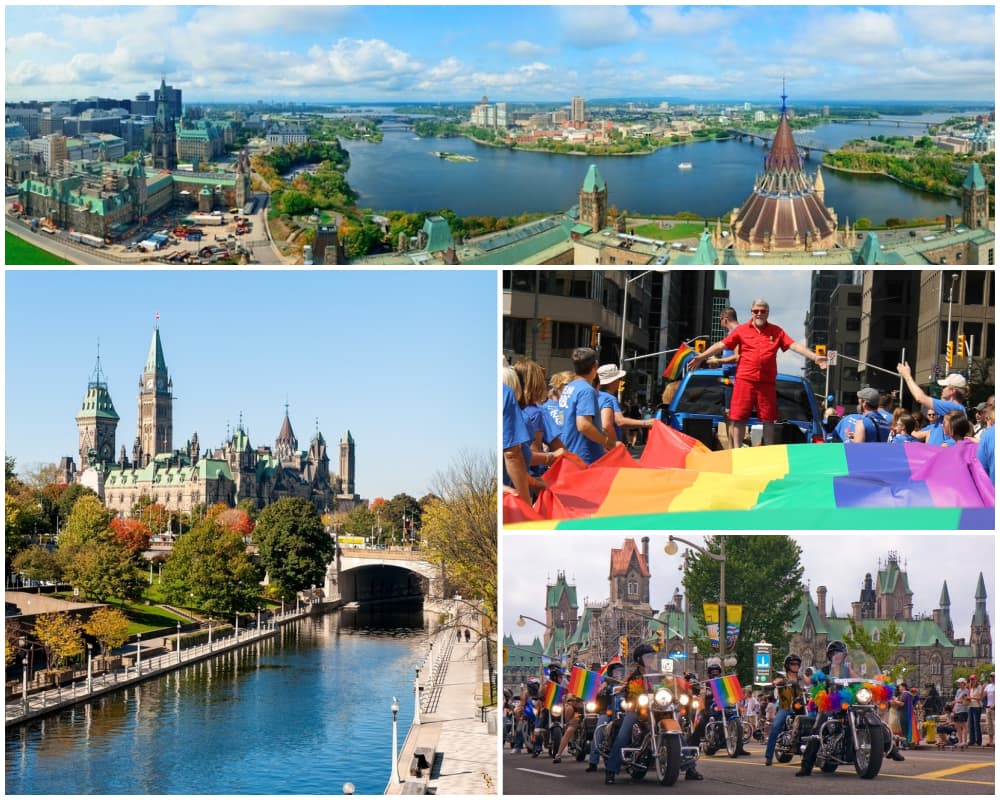 The growing Ottawa gaybourhood, The Village, covers six city blocks and sees many LGBTQ2-owned businesses and queer-friendly spaces. The Lookout Bar has themed nights like Friday Fixx (good for the ladies) and the amazing Saturday drag show. For a vibe that fits the general laid-back spirit of the city, T’s Pub is the place to be. No matter your interests, there is likely a group for you—join events with Geek Out! Ottawa, Lesbian Outdoor Group (LOG), Gay Ottawa Volleyball, or the Ottawa Bears. Lovers of the silver screen should come mid-November for Inside Out: The Ottawa LGBT Film Festival.

Fun Fact: Ottawa was home to the first public gay and lesbian demonstration in Canada, We Demand in 1971. And, in 2017, the government issued an official apology for past persecution.

Canada is one of the most accepting countries in the world, and that is truly something to be proud of. With many events and opportunities to celebrate all things gay, cities across Canada have worked hard to spread messages of inclusion and love. Where are your favourite LGBTQ2-loving places? 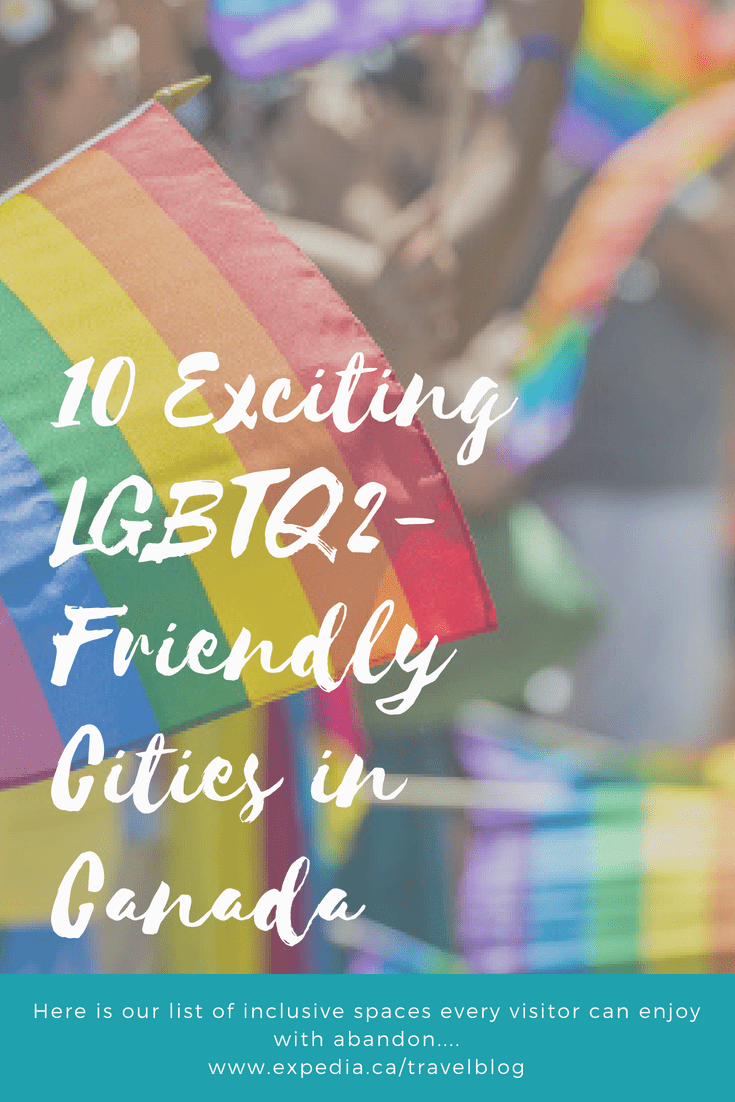 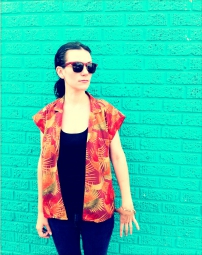 About the Author Lily Rogers

Lily is a travel and lifestyle writer and editor. She aspires to never be too far away from her next adventure, whether it be exploring arid deserts or the mossy forests of her native Pacific Northwest. She also loves international travel and always looks forward to crossing another destination off her bucket list.