How Different Cultures Once Considered the Sun

Thanks to scientific discoveries, we know for certain that life on Earth depends upon the sun. But long before scientists even discovered that our planet revolves around it, ancient cultures recognized the importance of the sun – and they had a multitude of legends, myths and even gods based on it.

Here, we’ve compiled some of the most wonderful and fascinating legends about the sun from cultures around the world.

The Aztecs believed that they were in the period of the fifth sun, with the four previous suns having been destroyed by jaguars, hurricanes, raining fire and a great flood, respectively. The god who sacrificed himself to become this fifth sun was called Nanahuatzin, or ‘the pimply or scabby one.’ He jumped into the sacrificial bonfire and was blown into place by Ehecatl, the god of the wind. 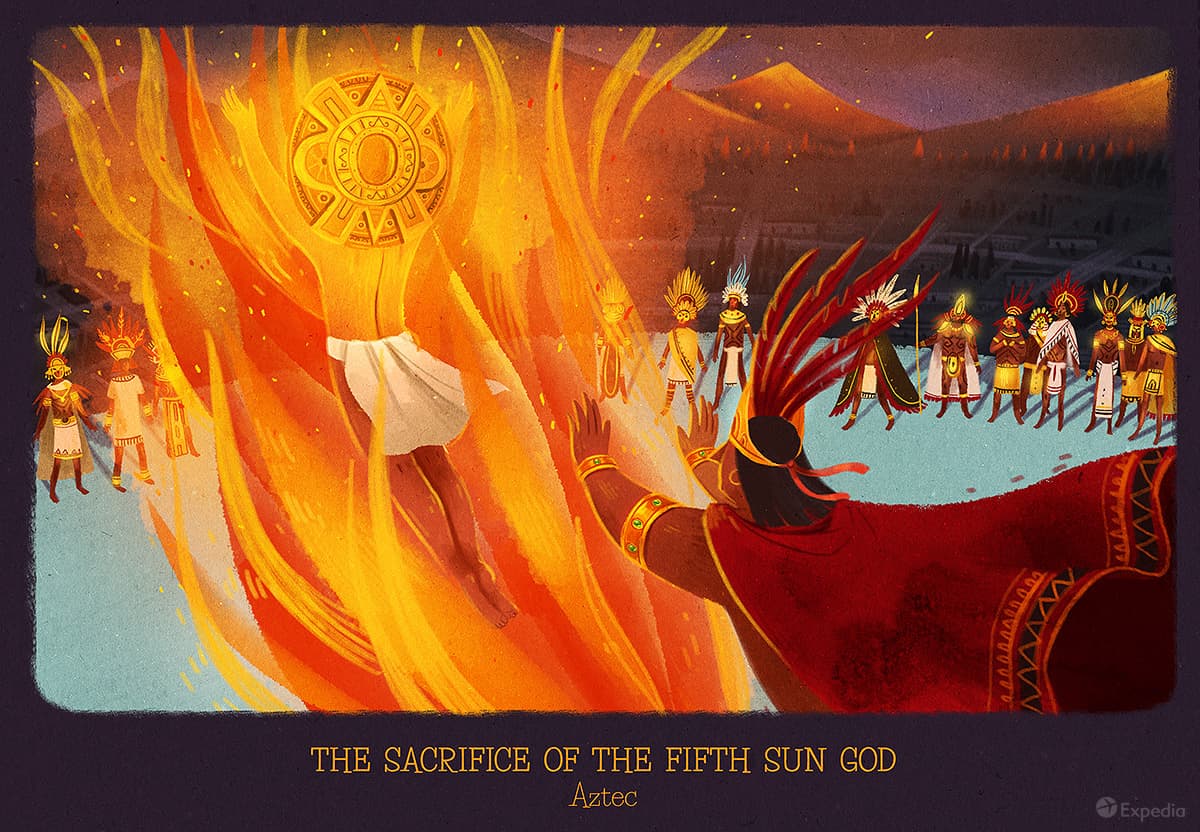 In ancient China, it was believed that there were originally 10 suns, all of whom were the sons of solar goddess Shiho. Each day, she would wheel one of them across the sky in her sky chariot. However, one day they got bored and decided to cross the sky together, scorching the planet with their combined heat and provoking sun god Dijun to hire an archer to teach the suns a lesson. He did this by killing nine of them with his arrows, sparing the last one only because a child stole his final arrow. 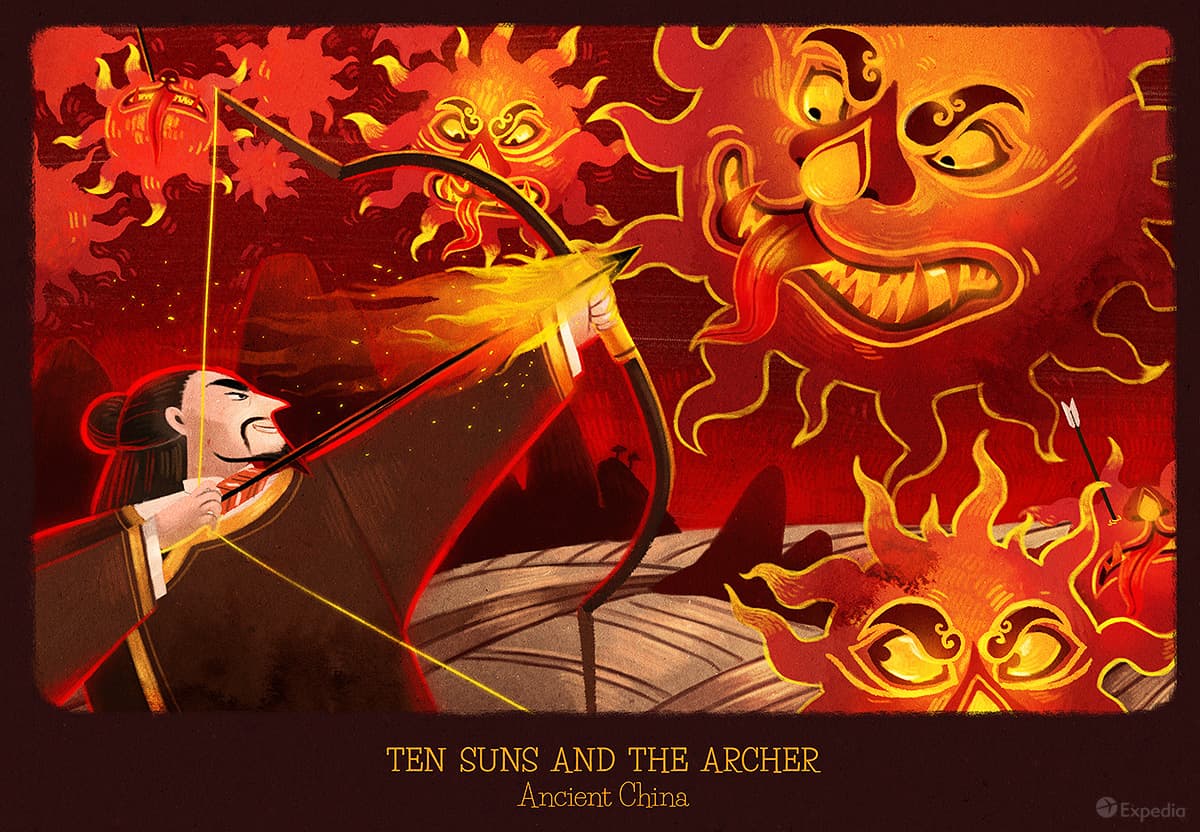 The sun god, Ra, played a significant role in ancient Egypt, which is why his falcon-headed appearance is so often seen in hieroglyphics. Legend has it that he and a crew of gods sailed a boat across the sky every day, then passed through the underworld at night to bring light to the dead. The journey through the underworld was a dangerous one, as serpent god Apep tried to stop Ra by devouring him. It’s said that solar eclipses happened when Apep got the upper hand – but Ra always managed to escape and the sun always came out again. 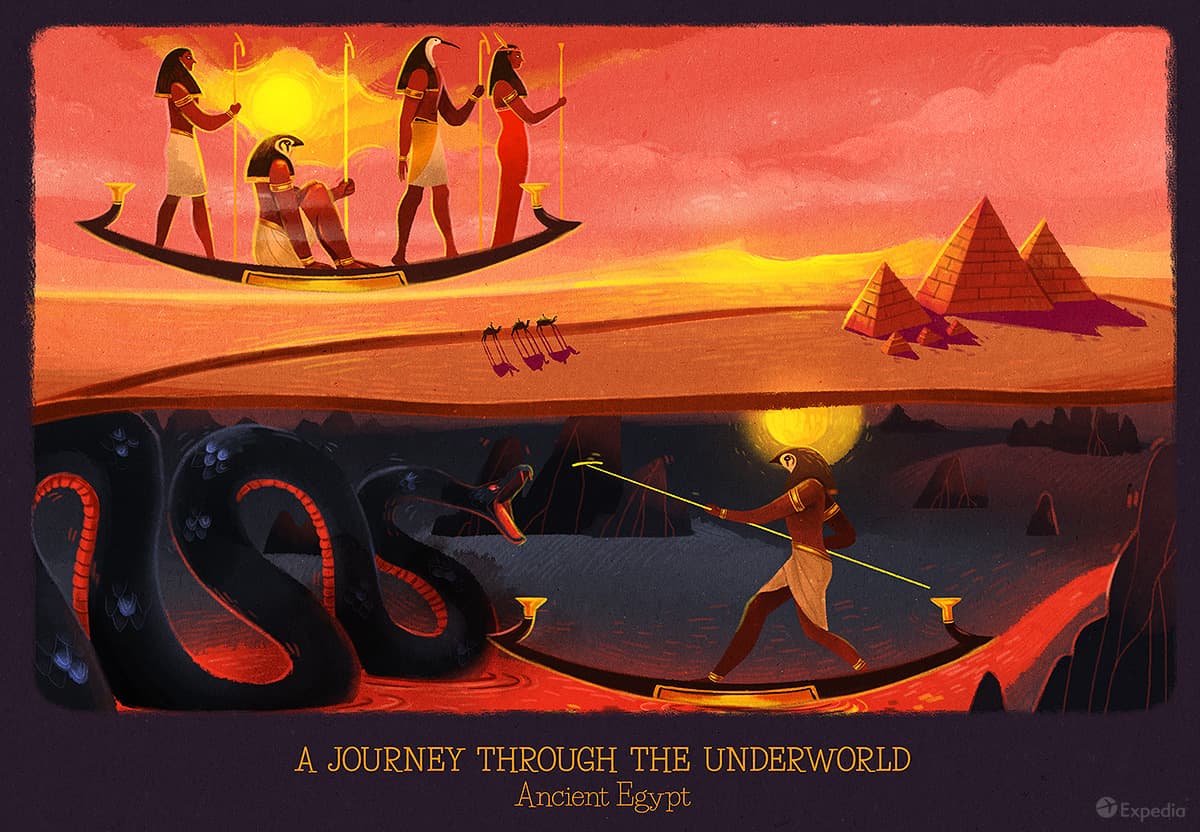 The ancient Greeks believed that the sun traveled across the sky in a flying chariot ridden by Zeus’s son, Apollo, and driven by fiery horses. Apollo was important in Greek culture not only because he represented the sun, but also because he was seen to illuminate the worlds of music and reason. He brought logic and order to humanity and provided everyone with the light and warmth of the sun. 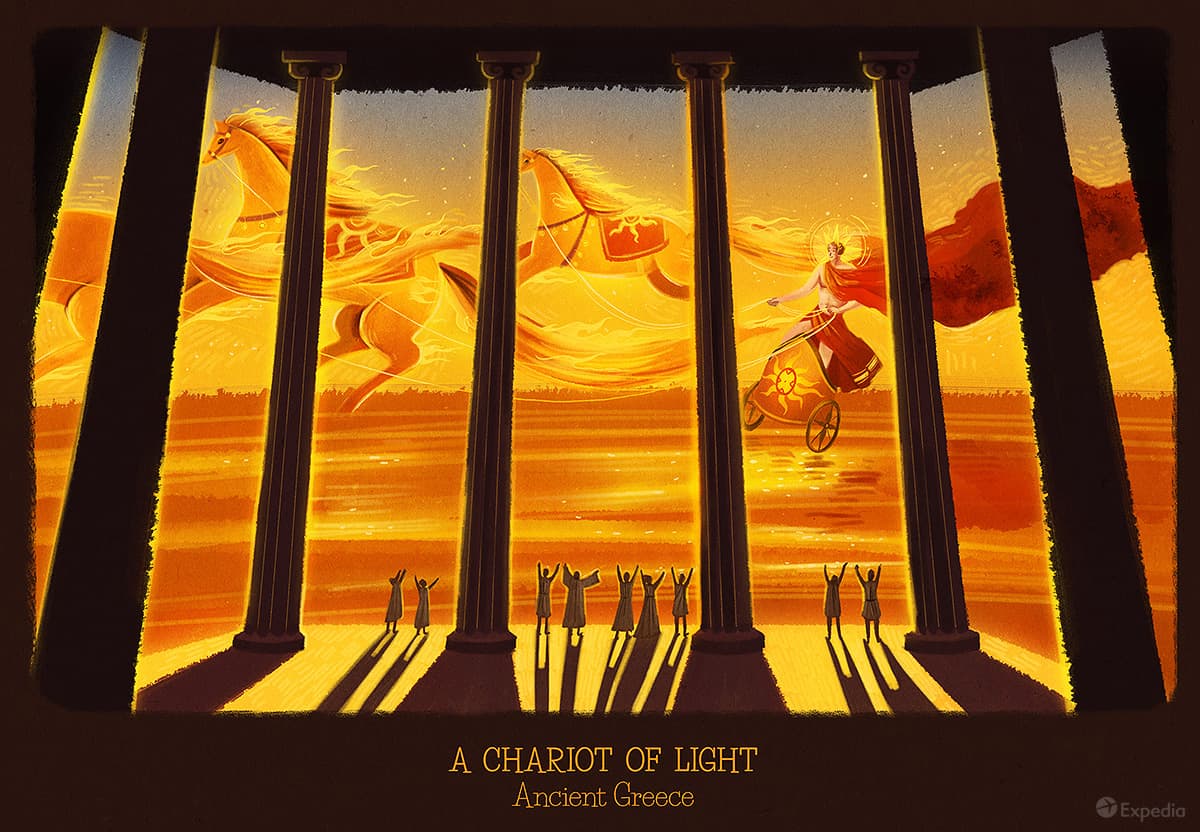 In many mythologies, the sun and the moon are siblings – and that’s the case for the Inuit legend, where Malina is the sun god and Annigan is the moon god. While there are many versions of their story, all agree that the two had a dispute and Malina fled into the sky. Her brother followed her, as night follows day. It’s believed that eclipses happen when he catches up to her, but it’s only ever a temporary pause in their eternal chase. 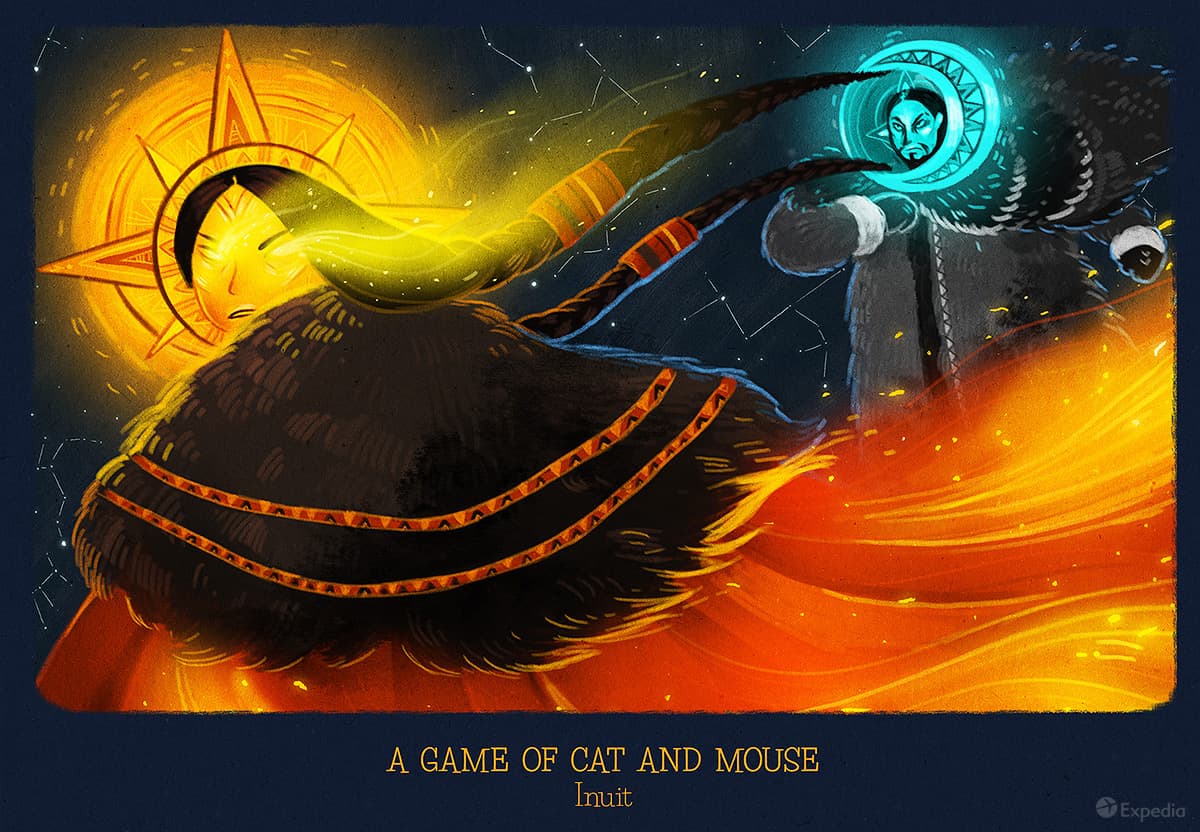 We take the pace of the sun’s movements for granted, but this Maori legend suggests that it wasn’t always such a leisurely path across the sky. The sun used to race across, leaving mankind very little time to get anything done, until a local hero called Māui decided to take matters into his own hands. He made enough rope to rein in the sun, then beat it with the jawbone of one of his ancestors until it slowed down enough to give the world more daylight. 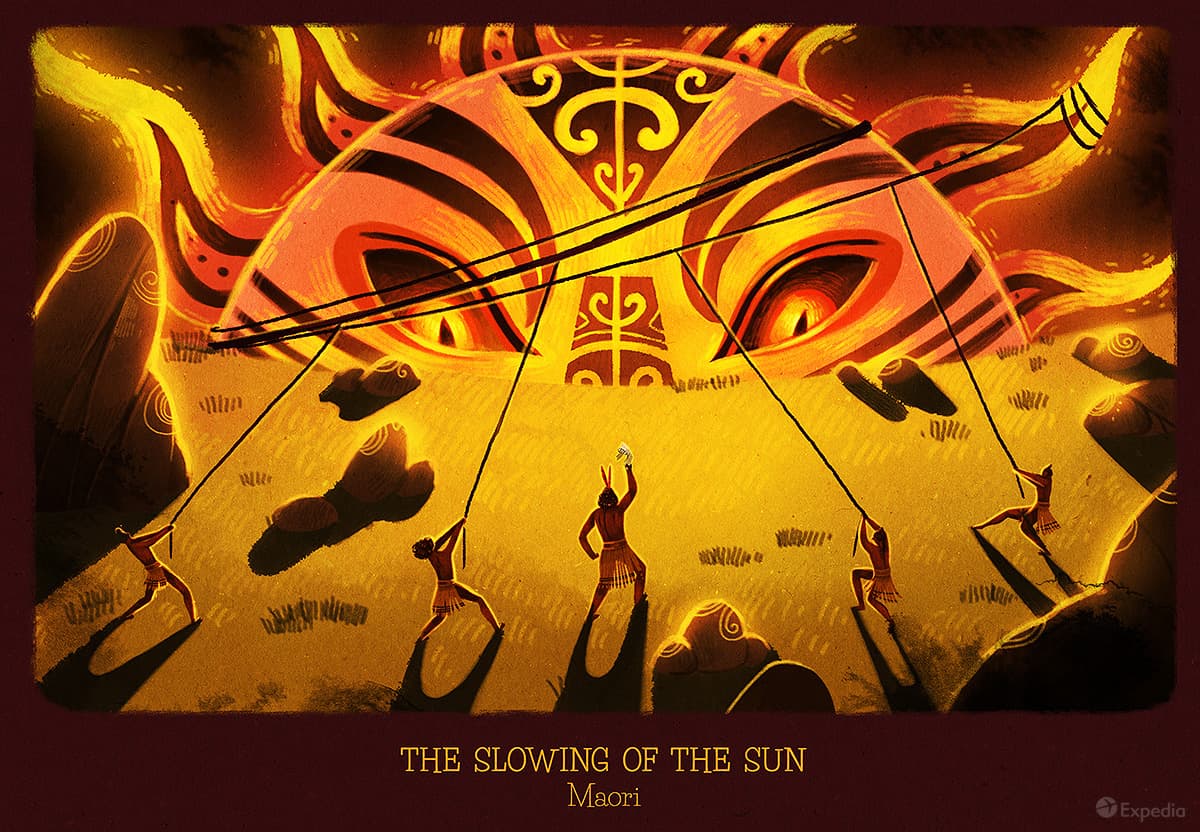 The sun has captivated and inspired humanity since the dawn of our species, and these legends show how civilizations that had no contact with each other created fascinating stories to explain what it was and what it did for them.

Next post Are you one of Canada’s most annoying travellers?

Previous post The Top Honeymoon Destinations in the World, Rated 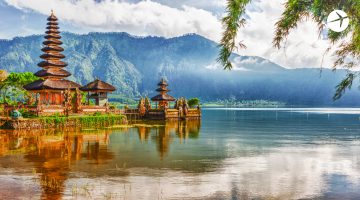 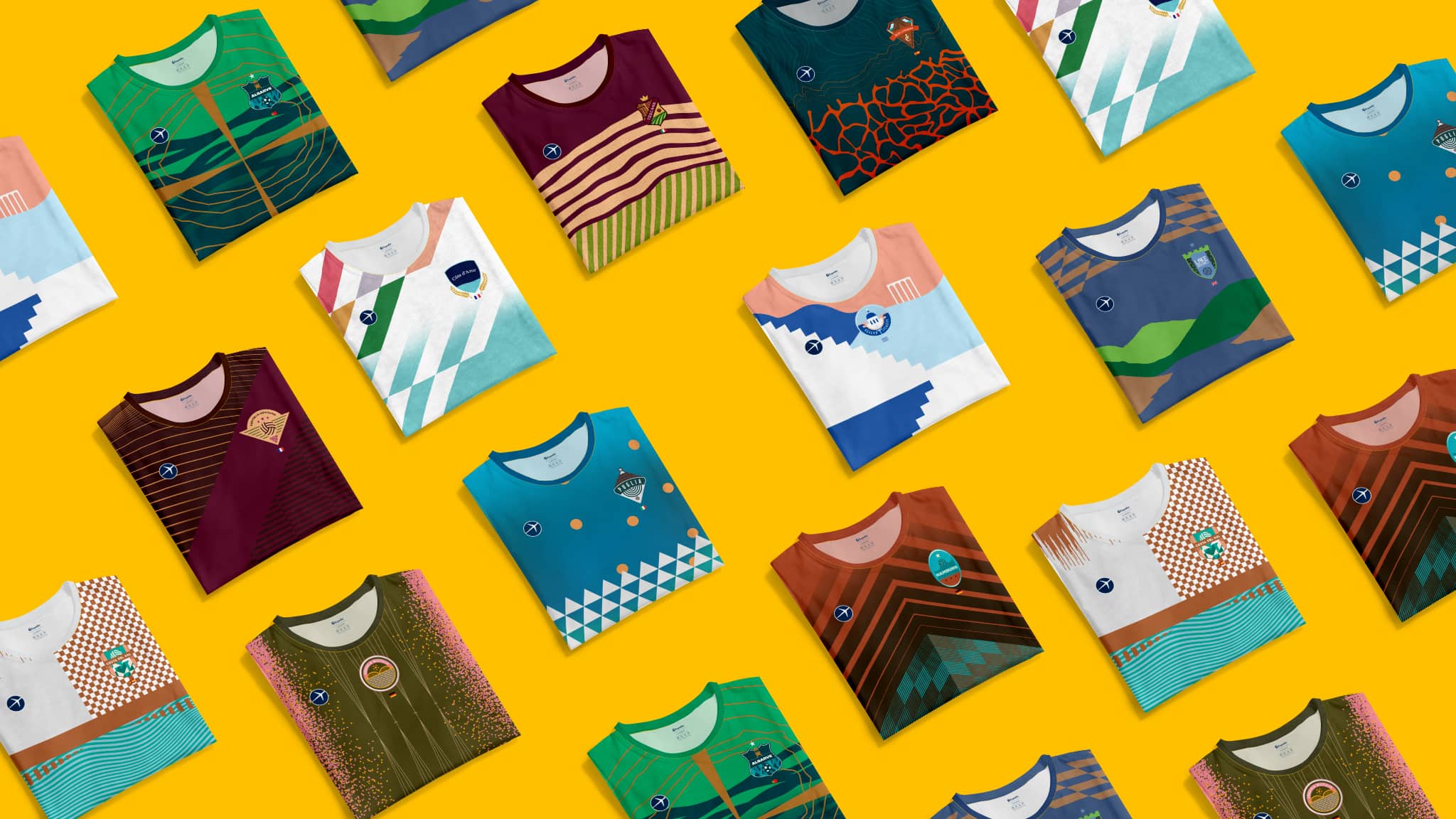 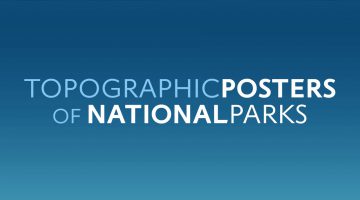