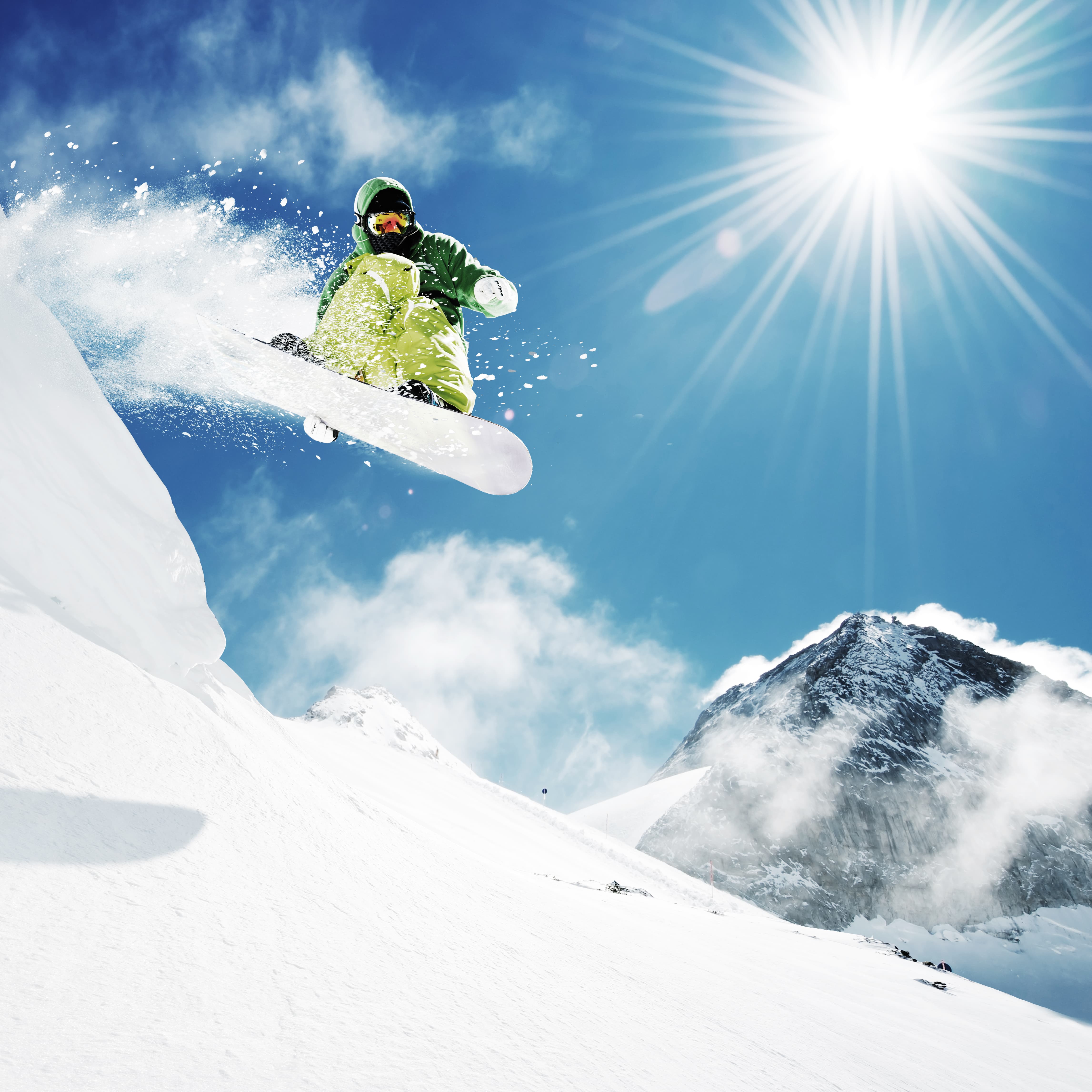 Let’s be honest: It’s more way attractive when you’re out there dominating the slopes instead of puttering around the ski lodge. You don’t have to be the next Shaun White or Lindsey Vonn to impress people on the mountains. Throw on that hipster beanie and those puffy gloves and get started. Here are some important snowboard and ski terms to know so you don’t look like a total noob:

If you’re a beginner, do not try the black diamond trail. Just don’t. Think of it like a karate black belt. It’s the toughest way from the top to the bottom, and is the type of track only the pros go down. Look for paths labelled as “green circle” trails, as those are the slopes meant for newbies.

No, there aren’t a bunch of Ron Swanson wood carvers on the slopes. “Carving” in the snow sport world is slang for a series of clean turns using the edges of your snowboard or skis. This can mean anything from those big S’s you see in the movies or tighter turns by the pros during tournaments. In essence, it’s an elegant way to get from point A at the top of the mountain to point B at the bottom.

If you hear the term “mashed potatoes,” the skiers and snowboarders aren’t talking about dinner. This term means that the snow is wet and heavy, which can make it harder to do tricks and navigate turns. You’re going to want to wait for “fresh powder” or “freshies,” which is slang for new, lightweight snow that’s perfect for carving down the mountain.

Speaking of food, if someone tells you that there are chocolate chips on the mountain, do not pour yourself a glass of milk and race to the hills. This term refers to clusters of rocks pointing out of the snow. These can wreak havoc on your skis or snowboard and should be avoided at all costs when you’re on the trails. Whether you want to celebrate a successful (and safe) day on the slopes with a chocolate martini or a chocolate chip cookie, that’s up to you.

Lady Gaga once famously sang that she’d like to take a ride on your “disco stick.” Well, that’s certainly up to you, but when it comes to skiing, you don’t need a partner for a good time. When you’re out shopping for skis, disco sticks refer to slalom skis. The radius of the boards range between 10m and 12m, allowing tighter turns on the mountains. Disco balls not included.

This slang phrase may quickly turn into your favourite term on the slopes. French for “after ski,” this refers to anything from drinking and partying to soaking in the hot tub and feasting after your day on the mountain. When someone asks you, “Let’s meet up at X bar for après ski?” respond with a robust, “Obviously!” Word to the wise, though: Hung-over skiing isn’t worth it. So maybe keep the partying to a minimum.

With the right look and the right ski and snowboard terms, you’re ready to blend in with the pros. Keep your eyes open, your chin up, and you’ll be on your way to conquering the mountain in no time.

What are some of your favourite slang words on the mountains?