Orlando Beyond The Mouse: Surprising Sophistication and Options Galore

Sure, there’s Spider-man and the Big Mouse and rollicking roller coasters and wizards and witches. But there’s so much more to surprising Orlando than theme parks. Here are some options for your next Expedia.ca trip. 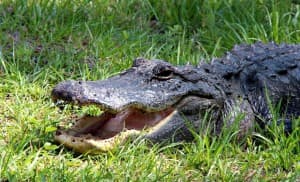 NATURAL ORLANDO If you drive a few minutes south of Interstate 4, you’ll roll through quiet stretches of road with casual BBQ joints, thick forests and quiet lakes under wide-open skies. The folks at Boggy Creek Airboat Rides will take you on a fun nature tour of East Lake. They’ll speed the air boat up for you a few times if you like, sending you whizzing through endless hectares of waving grass. But they’ll also stop and putter through pristine wetlands where alligator moms lay their eggs and tiny pink and white flowers bloom in the Florida sun. You might spot bald eagles along the way. One of my guides insists the omnipresent gators won’t bother anyone and that she swam in the lake all the time when she was growing up. “We love the mouse because it brings people here,” boat captain Chris Campbell says. “But we want them to see the real Florida.” 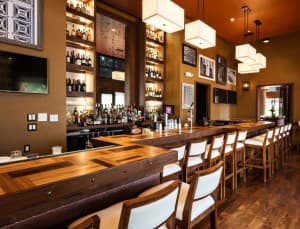 SOCO Contemporary Kitchen in the Thornton Park area of Orlando.

FOODIE ORLANDO Any town that attracts so many millions of visitors has to have some pretty good food. One of the most heralded spots in town is SOCO (Southern Contemporary) in the pretty Thornton Park area, which serves up brilliant local food with the occasional Asian twist. When I was last there they served an unbelievably good chicken and dumpling dish with chicken, lobster, mushrooms, soy butter and edamame for crunch, as well as a salad with pork cheek, arugula, pickled onion and other tasty bits. CloClo is a fine French restaurant with excellent sole meuniere and a covered patio out front. East End Market is an uber-trendy spot that you might expect to find in San Francisco, with fresh local cuisine, a fine coffee spot that does the trendy “pour-over” cup and a cheese shop that will boost your cholesterol to the happiest levels yet. I paid $2 US for a terrific Mimosa a couple years ago at Txokos Basque Kitchen. Rusty Spoon serves a crazy-good dessert; a kind of deconstructed s’more with chocolate, Kahlua, crème de cacao, marshmallow bits and a graham crust, topped with a drizzle of Frangelico. Triple Yum. Se7en bites, in the up-and-coming Milk District, serves up something called a “compost cookie” with butterscotch and chocolate bits, along with broken bits of pretzels and potato chips. 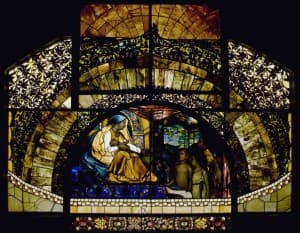 ARTSY ORLANDO The Morse Museum in Winter Park wows visitors with a vast collection of Tiffany glass that depicts everything from gardens to peacocks the symbol of the city. You’ll find graceful Tiffany necklaces and a stunning Tiffany glass chapel. The museum also features paintings from Europe, exhibits featuring American Indians and a nice covered garden area that’s ideal for getting out of the sun or for avoiding one of those Florida rain storms. In downtown Orlando, the recently opened (November, 2014) Dr. Phillips Centre is a glittering glass and concrete design that feels a bit like a Frank Gehry project. They’re already expanding due to high demand. They also do free concerts on a patio area between the centre and Orlando City Hall, which features not only plenty of grass you can lie on but brilliants orange and pink umbrellas to shield you from the sun. You’re only a short walk from the lively Church St. District, where you’ll find tons of bars and restaurants. They’re building new hotels in downtown Orlando, as well, including a trendy Aloft by Starwood. 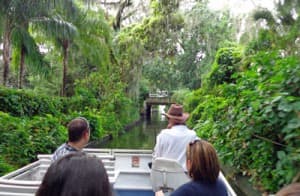 BOATING ORLANDO A great way to explore the bucolic lakes of the Winter Park neighbourhood is to take a boat tour with Scenic Boat Tours. You’ll pass movie-star-worthy homes with gables and turrets and acres of lawn rolling down to wide lakes, as well as the posh grounds of Rollins College, which my guide told me was the first college in Florida. There also are a half-dozen or so sleepy canals linking the lakes, some of them a half mile or more and covered with a thick canopy of deep green trees and vines. The canals were originally dug out to assist in logging operations; now they’re a recreational passageway popular with tour boats, stand-up paddle-boarders and kayakers. Another hidden-away kind of spot that takes many Florida visitors by surprise. 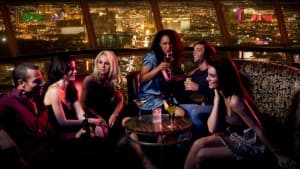 ETHNIC ORLANDO The Mills 50 district is just a few minutes north of downtown and features a huge variety of Asian shops and restaurants. Many of them are owned by Vietnamese folks who fled their homes for New Orleans years ago, only to be displaced by Hurricane Katrina. Stroll through colourful markets for brilliant pink and green dragon fruit or shop for Korean and Filipino sauces. There’s a ton of inexpensive, tasty restaurants and a couple spots for bubble tea. A bit more upscale is Mamak Asian Street Food, which features everything from Indian curries to puffy roti served with a spicy dip. 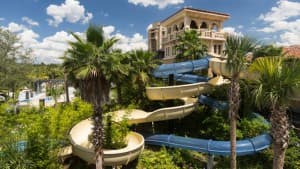 LUXE ORLANDO Folks who want a place in the sun and a place to splurge have a number of great options. Four Seasons opened its hotel inside Walt Disney World in August, 2014. There’s a fantastic spa with special, soothing lights and sound effects and aromas that are piped in. Kids can get treatments, too, and get dressed up like a princess or a pirate. It’s the largest Four Seasons in the world in terms of size; a full 27 acres with pools, a lazy river, two large waterslides and more. The rooms are bright and contemporary and not at all stuffy, and the food and drinks are top-notch. They have a huge gym, with bikes that show moving images that make you feel like you’re cycling through the Italian countryside or downtown San Francisco. There’s also a Waldorf-Astoria near Walt Disney World. In suburban Winter Park, the Alfond Inn is a quiet, boutique style spot a block from one of Florida’s best shopping and restaurant streets. There’s gorgeous local art on the walls. Oh, Paul McCartney is said to be a frequent guest when he’s in the Orlando area.

17 Must-Experience Festivals in Canada in 2017