Munich Munchies: Best Bavarian Foods You Have to Try Whether you happen to be in Germany for work, on a student exchange program, or just to get rip-roaring drunk at the annual Oktoberfest, you’ll get hungry along the way. Thankfully, there is no shortage of tasty foods to try that are native to Bavaria. Don your dirndl, find a pair of the finest lederhosen and get ready to indulge in the amazing cuisine in Munich.

For Better or Wurst

Stuffing a sausage in your mouth is basically a requirement when visiting Germany. Along with the more typical bratwurst, which is found widely throughout the country, Munich is known for their Weißwurst. Literally translated as white sausage, Weißwurst is made of freshly minced pork bacon and veal, along with extras like lemon, parsley and onions. Believe it or not, this sausage is traditionally eaten in the morning, and rumour has it that it’s bad luck to eat after midday. If you have had one too many pilsners the night before, get rid of the hangover German-style by downing a big breakfast complete with the ubiquitous wiener. The typical spread includes Weißwurst served with sweet mustard, pretzels, and another pint of wheat beer as hair of the dog. Er, hair of der hund, that is.

Love Me, Love Me Knot

Those hard, crunchy pretzels you’re used to snacking on back home are a far cry from the soft, doughy, heavily salted, and delicious pretzels found in Bavaria. Although the exact origin of the pretzel can’t be traced, it is generally believed that the food was created by German monks in centuries past. In Bavaria, pretzels go by a number of names including brezn, bretzel, or laugenbretschl, among many others. Although locals can’t quite decide what to call these doughy delights, everyone can agree that they taste delicious. Grab one to eat plain from a street vendor as a snack, or get a Butterbrezel, which is a soft pretzel sliced horizontally and filled with meats or cheeses, much like a sandwich. Nothing twisted about this: pretzels in Munich are divine!

Stuff Me With Bavarian Cream

Black forest cake might be the dessert that most foreigners associate with Germany, but in Bavaria, cream is king. Some of the most popular desserts involve a rich cream base, the most common of which is conveniently called Bavarian creme or Crème bavaroise. Similar to a custard, a Bavarian creme is cream, egg yolks, sugar, and liquor, making for a delicious dessert. It’s often thickened with gelatine to become a kind of jello and then served with berries or a caramel sauce. It’s also used in Milchrahmstrudel, or milk-cream strudel, a local favourite that has cake-like layers in between the cream. The look on your face when you devour these amazing desserts will be like, well, like a cat that’s gotten into the cream!

No matter how you slice it, meat is a big part of Bavarian cuisine. When you’re not consuming sausages by the plateful, you might get the chance to try pork knuckle, called Schweinshaxe. Also known as the ham hock, this meat comes from the extreme shank end of the pig’s leg bone. Once slow roasted, the Schweinshaxe becomes tender with a crispy skin that is incredible. Schweinshaxe is typically served up in Bavarian restaurants for lunch or dinner with side dishes like rotkohl, or red cabbage, and bratkartoffeln, or roasted potatoes. Of course, you can also take some home for the next day to serve up on some brot, or bread, and then you can say that you’ve literally had a knuckle sandwich.

Walk down almost any busy shopping street in Munich and you’ll be met with dozens of street vendors selling tasty Bavarian treats. In fact, I’ll bet you never sausage a sight before! Puns aside, the city is known for hearty meals and a generous, hospitable people that will keep you talking around the table, stein in hand, until the early hours of the morning.

Is there a particular Bavarian dish you’re eager to try once you arrive in town? 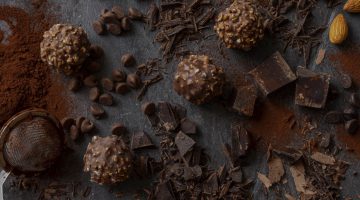 Where to find the 10 best breakfasts around the world 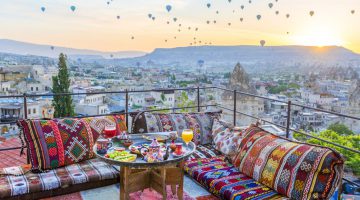 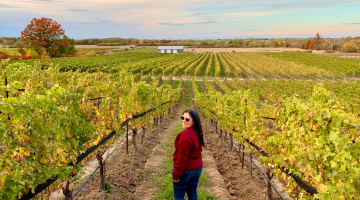