The Most Photographed Places in the World Based on Traveller Data

Trover is a travel community of global photographers, documenting the discoveries they make on their journeys around the world. It’s a treasure trove filled with tips and inspiration from real people on real adventures. The data used for this infographic is likely to change as the Trover community grows.

Trover and Expedia have come together to highlight the most photographed cities on Earth, as captured by this community of travel photographers.

When you’re talking about the likes of New York, London and Paris, Seattle is definitely the underdog on our list of the most photographed cities around the world!

Symbolized by The Space Needle, which sits proudly on the skyline, Seattle is more than just another great city. In fact, the city’s tourist board announced that 2017 saw 39.9 million visitors come to Seattle!

Discover the unique Chihuly Garden and Glass, and the wacky Experience Music Project. Or why not use Seattle as your base for an adventure to Mt. Rainier National Park, a wilderness just a few hours beyond the city limits. (Save on cheap hotels in Seattle).

Gardens by the Bay

Loved for being the meeting point of Chinese, Malay and Indian cultures, the city-state of Singapore boasts Buddhist temples, fusion food and botanic gardens. All this on a land mass less than 7 times the size of Prince Edward Island, Canada’s smallest province!

So it’s a shock to no one that this island state welcomed its highest number of tourists yet, when 17.4 million tourists flew to Singapore from across the Americas, Europe and Asia in 2017.

The Gardens by the Bay, the Buddha Tooth Relic Temple and Marina Bay Sands are among the most photographed locations in this exciting sovereign state.

Celebrated for its gold markets, infinity pools and underwater restaurants, Dubai promises the finer things in life and offers lazy, indulgent days like nowhere else.

Attracting 15.8 million visitors to its shores last year, it’s clear that tourists are captivated by the awe-inspiring structures of the Emirate, which make it gleam like a diamond in the desert.

These include Burj Khalifa, the most photographed place in Dubai, and the Burj Al Arab, which holds the accolade for being the world’s first and only 7-star hotel.

Like a can-can dancer in the Moulin Rouge, Paris draws in wide-eyed wanderers looking to get happily lost in layers of rich culture, beautiful boulevards and a powerful past.

Crowned the “capital of love,” it attracted 23.6 million tourists in 2017, with its culinary celebrity and picture-perfect views. (You can find some hotels in Paris with excellent lines of sight.)

Among the most photographed places in Paris are, of course, Notre-Dame Cathedral, the Eiffel Tower and the Louvre Museum. However, no visit to the City of Lights is complete without exploring the glorious Luxembourg Gardens, and the secret labyrinth of the Paris Catacombs, hidden deep beneath the city.

A big hitter in the global city stakes, London has drawn in people from all over the world for centuries, resulting in an endlessly fascinating metropolis.
Whatever you’re looking for, you’ll find it here. Eritrean food? London has it. Deer in the city? London has it. A way to Hogwarts? London has it! So it’s no shock that the city thinks it will receive over 40 million visitors by 2025.

From the London Eye to Buckingham Palace, there’s masses of competition for the most photographed site in London. And while these both come in close, the winner is, of course, Big Ben!

From the bustle of Times Square to Manhattan’s iconic skyline and, of course, Central Park, New York’s legendary attractions have starred in countless movies.

With visitors taking a slice of the Big Apple back home on their camera phones, it’s hardly surprising that New York is the most photographed city in the world.

Seemingly on every traveller’s bucket list, the city reported that it broke its own visitor record again last year, when it welcomed 61.8 million tourists to its buzzing streets. (About time for that New York vacation? Just a short flight from Toronto, after all!)

From ideas for solo female travellers to the world’s most photographed street, Trover is brimming with jaw-dropping photos for you to create your own personal bucket lists, bespoke itineraries and travel diaries.

Come to Trover for a pick-and-mix of charming landscapes and hidden gems – there’s no limit to what you can find. Upload your own discoveries, and explore the best of everywhere. Come follow us down the rabbit hole!

Take a closer look at the images and tips from this infographic.

Next post Best Coastal and Lakeside Towns in Canada 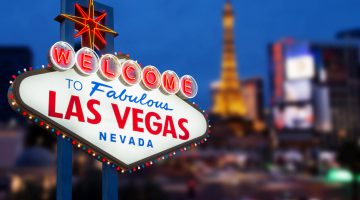 The 40 #Happiest Places in Canada