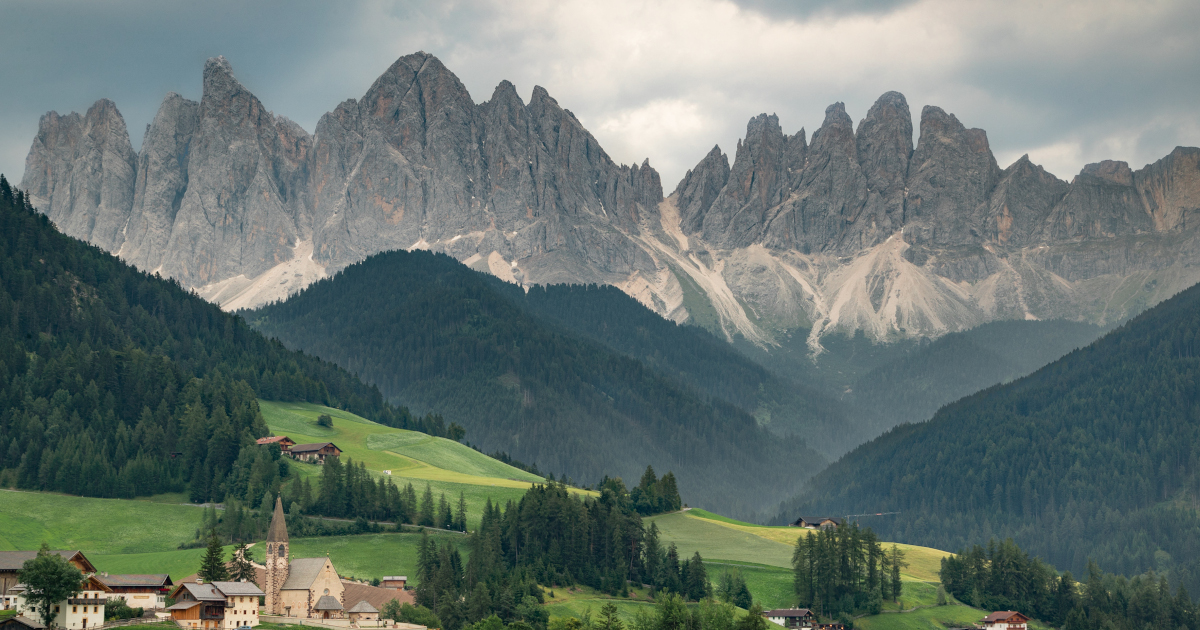 With its fascinating ancient historic sites, spectacular art and unique culture, it’s no wonder that Rome is such a popular destination for all types of travellers. With its museums, entertainment venues and attractions, you’ll never run out of things to see and do. Still, if you want a break from the city, you may be wondering: What are the best day trips from Rome? This guide will show you the best destinations and attractions near Rome.

Lago di Bolsena is a serene lake area to the north of Rome that can be reached by train. The lakeside town of Montefiascone offers excellent dining that encompasses three culinary regions of Italy and is famed for its wine. During your time there, you can visit ancient churches like Chiesa di San Flaviano and learn a little about local lore. The church holds the tomb of Johannes Defuk, a German bishop who fell in love with the wine and remained in the town until his death. 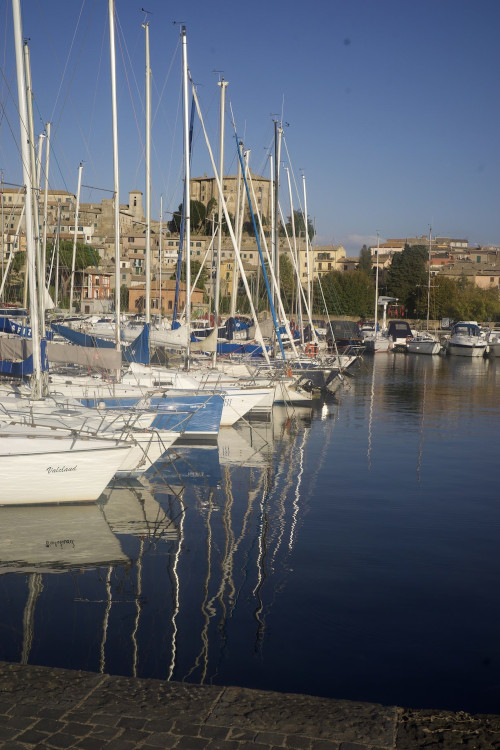 Tuscany offers quite a change of scenery from the fast pace of Rome, giving you a chance to relax and recharge. You can reach Tuscany by train or car, and there are organized tours that provide transportation as well. The Tuscan countryside is known for its stunning views and top-notch vineyards, which boast some of the best wine in the country. A day trip is ideal for a wine-tasting excursion that includes famous wines in one of Tuscany’s notable wine areas. 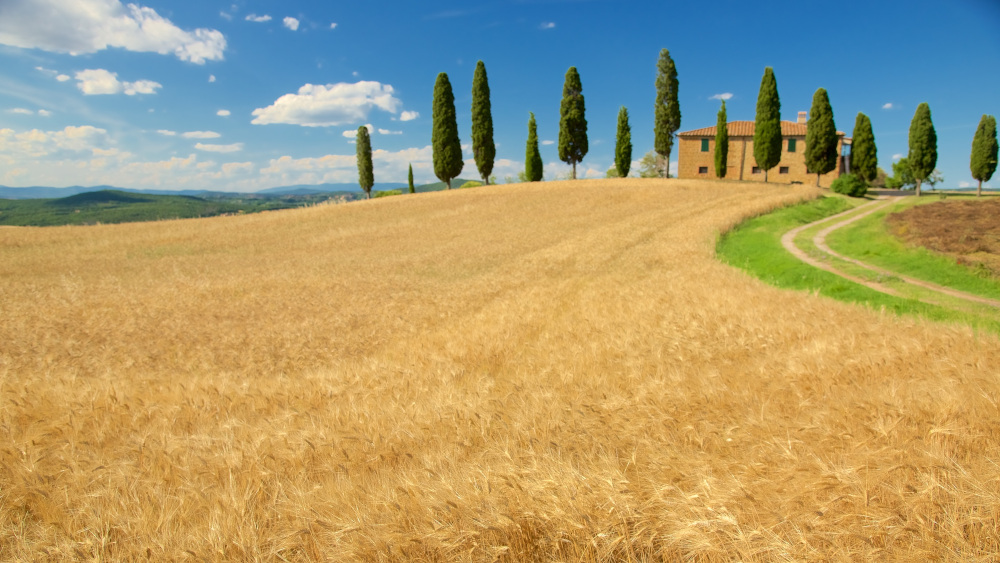 Ostia Antica is a historic settlement that’s within an hour of Rome, making it perfect for a day trip. The historic city was once a major commercial port, but it’s now a fascinating site of historic ruins that date back to the 4th century B.C. You can see the remains of significant temples like the Capitolium and the Temple of Hercules. The settlement is also home to public baths with gorgeous mosaics and magnificent frescoes. 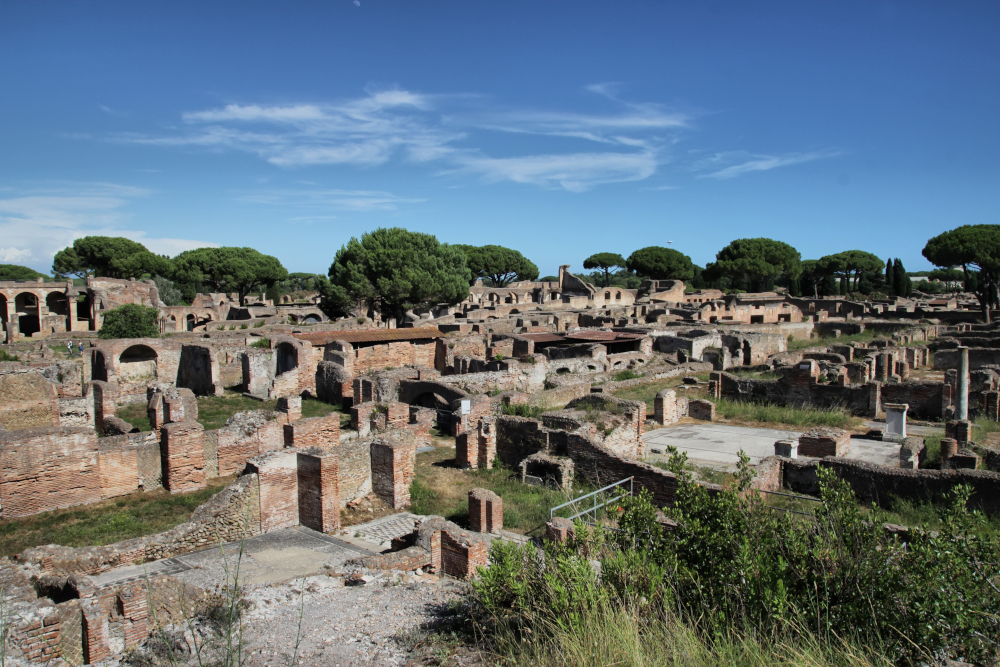 Hadrian’s Villa is an archaeological site in Tivoli that was once the retreat of the Roman emperor Hadrian. It became his official residence and a small city all its own, and you can see the remnants of temples, barracks, palaces and libraries throughout the area. You’ll also find gardens and pools that were used for quiet reflection. The best way to reach Hadrian’s Villa is by train, and you should plan to spend a few hours there to explore the most important ruins. 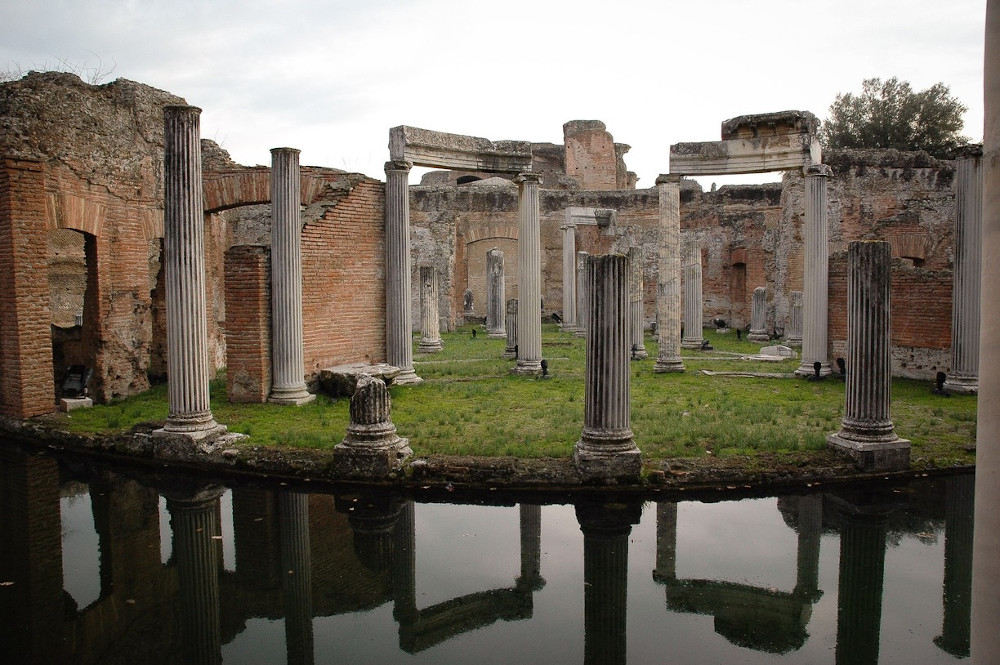 Bracciano is only a short train ride from Rome, but it’s a far cry from the pace of the city. The charming medieval town and lake are popular for relaxing vacations and outdoor activities, but one of the main highlights in the area is the Orsini Odescalchi Castle. This dramatic 15th-century castle was once home to notable families, but it’s now open for tours of its interior and gardens. You can also find plenty of charming local restaurants in the area. 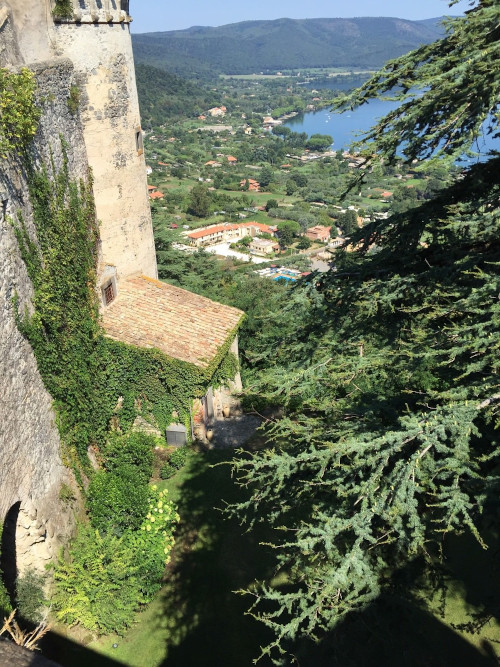 Florence is a quick train ride north of Rome and holds some of the most fascinating historic sites in the country. You can explore sites like Renaissance buildings, the statue of David in the Galleria dell’Accademia and Duomo di Firenze, the famed terracotta-tiled domed cathedral. Florence is also home to the Ponte Vecchio bridge and the Uffizi Gallery, which exhibits artwork from masters like Botticelli and da Vinci. 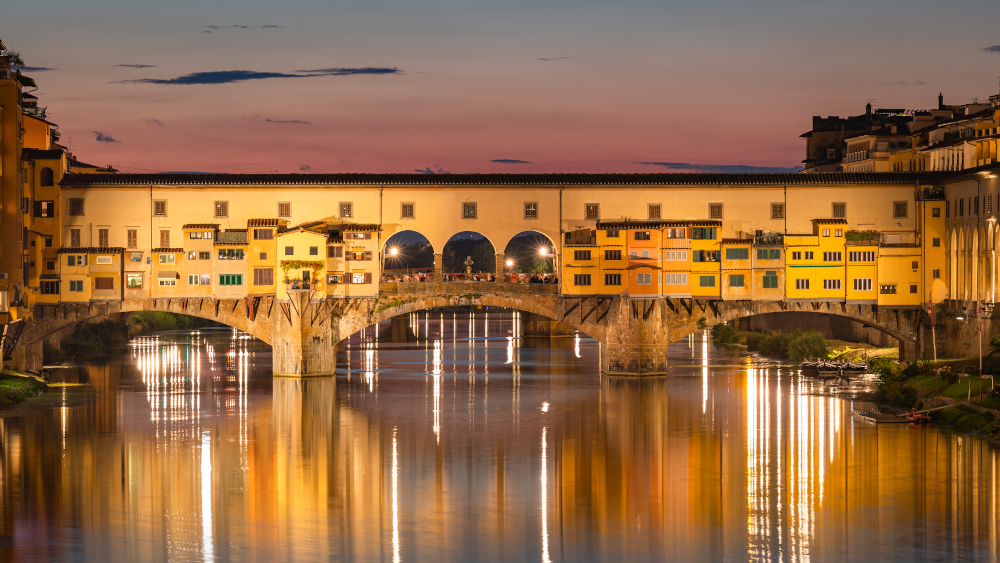 Nestled on the Bay of Naples, Sorrento is a stunning location filled with idyllic scenery and panoramic views of Mount Vesuvius and the Isle of Capri. Sorrento is only a short train ride away from Rome, so you can easily enjoy a day touring landmarks like the Chiesa di San Francesco, with its 14th-century architecture, and Piazza Tasso, a cafe-lined square with antique shops. You could also visit the Museum Correale and the Via Marina Piccola on your trip. 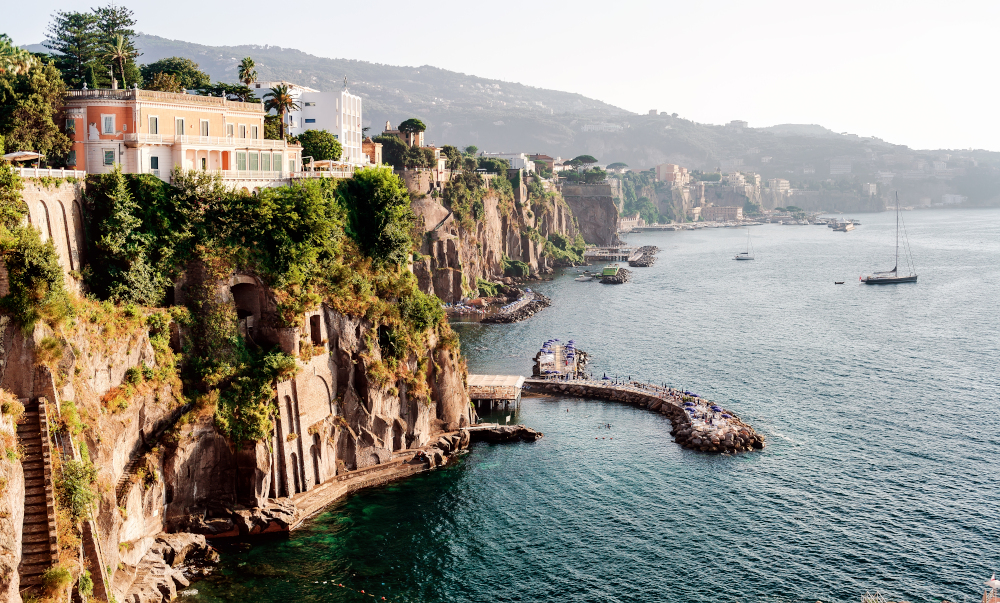 Vatican City is within Rome, but it’s an experience all its own. The city-state is the full-time residence of the pope and holds some of the most important architecture and religious artwork found throughout history. You could spend your time wandering the tranquil Vatican Gardens, exploring the masterpieces at the Vatican Museums or viewing Michelangelo’s famous ceiling in the Sistine Chapel. 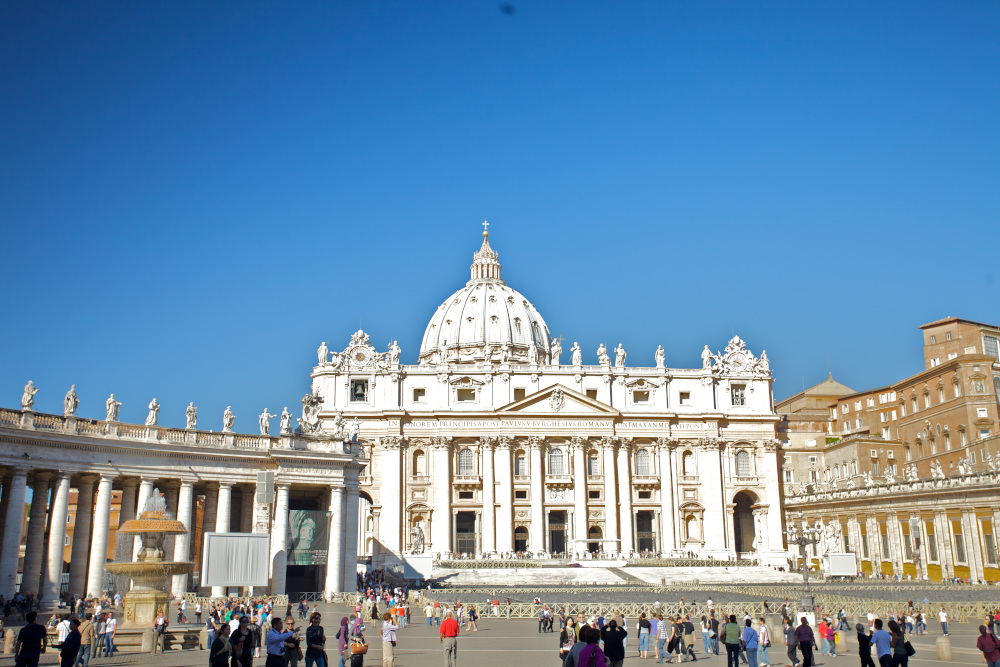 Pompeii is an intriguing historic site that dates back to 79 A.D. and was made famous by the eruption of Mount Vesuvius that destroyed the town. Pompeii is just a short train ride from Rome, and you can spend the day hiking to the summit of the volcano and viewing volcanic ash, pumice stone and ancient lava flows. At the top, you can see the steam escape from the volcanic vents or gaze out into the countryside. You can also visit the ruins near the volcano to learn more about the local history. 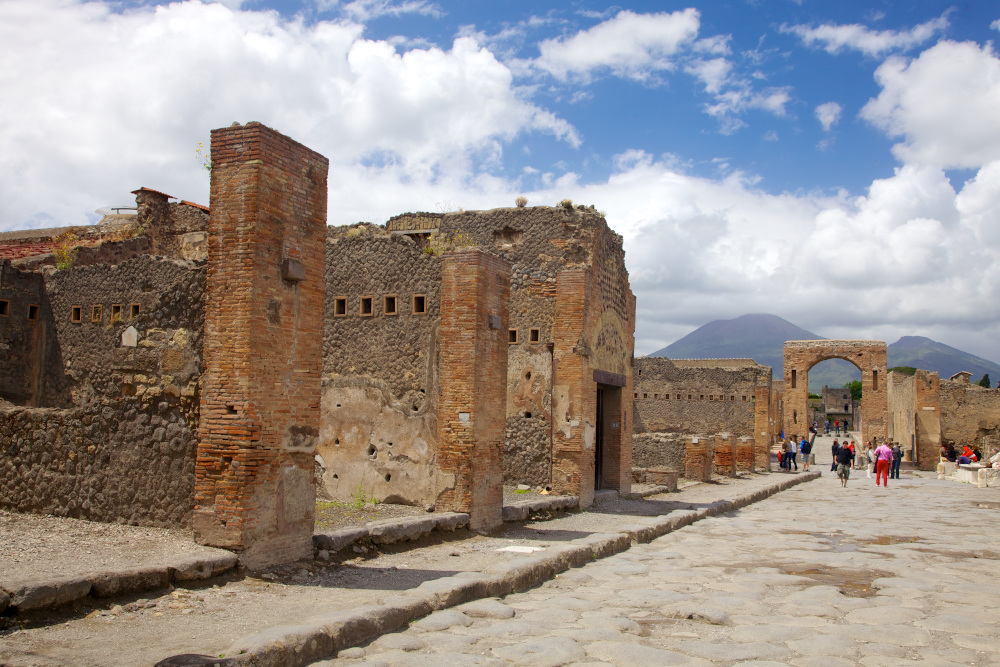 You could spend a lifetime in Rome and never run out of things to do, but if you’re looking for a relaxing retreat from the city, these day trips offer plenty of excitement. If you’re planning an excursion to Rome and its neighbouring areas, check out deals on vacations in Rome to plan your trip!

Previous post How to Spend a Weekend in Ottawa 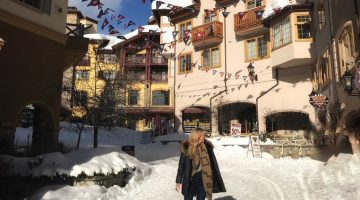 Travel and Mental Health in 2020 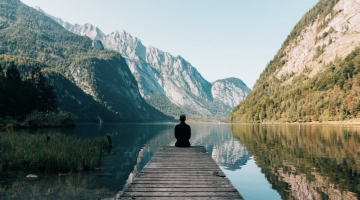