As if you need eight reasons…

Cuba is having a moment. Travelling to this Caribbean island nation is all over international news and filling our social media feeds with new pops of colour and amazing experiences. But Cuba’s lure is more than novelty. If you haven’t taken a holiday to El Cocodrilo, you’re long overdue. Here’s a list of eight reasons you need to get off your tush and travel to Cuba.

1. Music Is Life
From the busy streets of Santiago de Cuba to the dim lights of Havana dance clubs, music breathes life into this country. Juicy, piano-centric Latin jazz melts your heart and hip-swivelling salsa will have you on your feet faster than you can say ¡Bailamos! If there’s a festival, there’s music, and people of all ages join the party. You’ve still got time to plan ahead for top events this year. The Baile en Cuba Festival brings the beat to Havana in November, and the Havana International Jazz Festival tickles the ivories each December. Plan trips to Cuba around these parties and shake what your momma gave ya.

2. Mojitos Make Everything Better
You’d be surprised if this didn’t make the list, right? This Cuba native is sweet, tart, and refreshing. Historians disagree about who created the first of this sparkly lime and mint mashup. At this point we don’t care too much who mixed up the original mojito, because, rum. But we drink to their legacy!

3. Medianoches Are Delicious Any Time
Named for its popularity as a “midnight snack” at Havana nightclubs, these hot sandwiches are very similar to their classic Cubano counterpart. The main difference is that the roast pork, ham, and Swiss are served with pickles on an egg-dough bread rather than a crustier loaf. You can order this savoury specialty any time of day, but it is best devoured a couple hours after showing off your rumba moves.

4. Varadero Isn’t Overrun with Tourists…Yet
In 2016, Cuba experienced a 13 percent rise in international tourism, but Cuba vacations are still relatively lowkey and uncrowded. Fortunately, there’s plenty of room to lay your towel on the blond sand in Varadero. On the northeast coast of this narrow peninsula, Varadero Beach is the most popular stretch of sand, but it’s possible to look toward the water without the backs of fellow sunbakers blocking your view of the deep blue.

5. Caribbean Castles Are Freaking Gorgeous
Let’s be real. Castles are awesome. Caribbean beaches are awesome. Now, imagine visiting a castle on the Caribbean. We’ll wait…Yeah, you want to be there. Santiago de Cuba, the country’s second largest city, is located on the island’s southeast coast around a lovely bay. Looking out to sea, Castillo San Felipe del Morro is majestic. Built in the 16th century and named after Philip II of Spain, this fortress guarded San Juan Bay from invaders. We’re sure it still serves that purpose, but it’s also a great place to take the family for an unforgettable—and educational—experience.

6. ¡Viva la Vida Nocturna!
Havana Nights isn’t just the title of a “Dirty Dancing” sequel. Havana nights are WHY WE’RE HERE. Before you don your club wear and start pregaming for a wild night, you should know that Havana’s nightlife is multifaceted, so pace yourself. Start the evening at a comedy club—such as Casa de la Comedia—or take in a theatre performance at Gran Teatro de la Habana. Follow this culture fix with a late-night meal and drinks before you make your way to a club for dancing, because of course you’ll be dancing. For the best options, head to the waterfront north of the University of Havana or inland to the Vedado district. Don’t worry if you’re out till dawn. It’s still called nightlife if you start before midnight.

7. Cuba Is Crazy-Colourful
If you’ve spent any time drooling over photos online, you already know that Cuba’s city streets are lined with Art Deco architecture splashed in colour. In Havana, wander down Calle San Lazaro and Calle Mercaderes and shop as you stare. Take a seat at one of the tables in Calle Jose A Saco in Santiago de Cuba, and sip a cold drink among mint-green cafes. Need more rainbows in your life? Don’t we all? Plan a trip to Trinidad. Located on Cuba’s south-central coast, Trinidad is wall-to-wall vivid. Soak it up. This is what Cuba travel is all about.

8. History Is Alive
Cubans are well aware of their history. From their indigenous civilizations to Spanish colonization and the Cuban Revolution, you’ll find museums, monuments, and lots of local storytellers keeping the memories alive. No matter where you go, old and new coexist in Cuba. Be sure to visit the Museum of the Revolution and Morro Castle in Old Havana and stop for a moment at the Ernesto Che Guevara Mausoleum in Santa Clara.

Well, there you have it. We could list several more reasons, but you should be planning and packing, not reading.

Previous post Into the Wild: How to Truly Immerse Yourself in a Trip 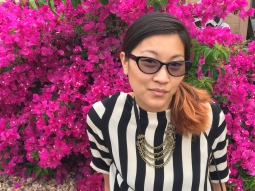