If you haven’t spent time in the capital city, where exactly have you been hanging out? Gothic architecture, romantic canals, and award-winning museums tie a pretty bow on a lovely package in good old O-Town—so get on it, my friends! Even if you only have a weekend to spend in the city, there is still plenty you can see and do. Here’s a helpful guide for the top things to do in Ottawa in 36 hours. 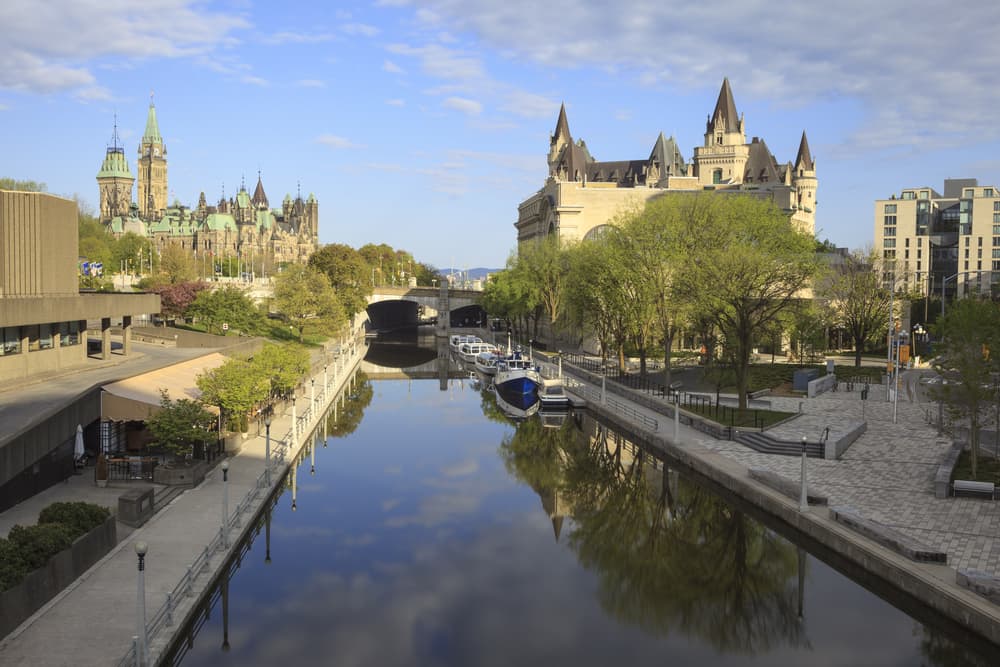 What’s long, white, and icy? The Rideau Canal, of course. It’s the only UNESCO World Heritage Site in Ontario and a winter staple. In fact, its skateway is the largest natural ice rink in the world, covering the length of over 100 hockey rinks. The canal is free for visitors if you’ve brought skates, with rental options dotting the edge if you forgot your own. Skating on the Rideau Canal is a rite of passage, so be careful of any little ones who’ve gone splat on the ice. And do you like beavers? Because you can’t leave the rink without a taste of BeaverTails, the warm puff pastry in the shape of a tail and topped with Nutella, powdered sugar, candy, or any other combination you’d like. Luckily, winter isn’t the only time to visit Rideau Canal. During the sunny months, it’s a perfect spot for kayaking past the Parliament buildings. Pick up a paddle or sign up for a Rideau Canal cruise and say what’s up to your law makers (just try not to heckle). 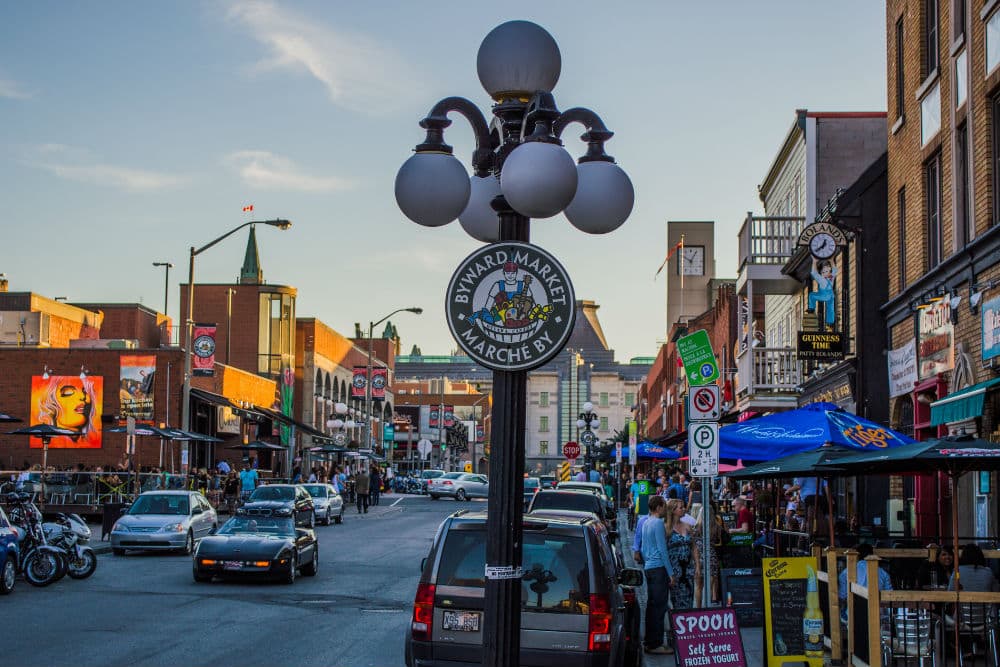 As Winnie the Pooh once famously said, “I have a rumbly in my tummy.” Get your day started with grub at the ByWard Market. Established in 1826, the market is one of the oldest and biggest public markets in Canada. In fact, the streets surrounding the venue were specifically designed to accommodate stalls and foot traffic. The four-block area is home to cafes, salons, boutiques, maple syrup shops, and famous Byward Market restaurants like BeaverTails® Pastry that sells those indulgent treats. Grab a late breakfast and get started on your day.

Booms and bangs are how most things get started in life, so make time to visit the Canadian War Museum in the afternoon. Open since 1880, the museum sees roughly a half million visitors each year. Wind through the museum at your own pace, with exhibits that explore Canada’s earliest conflicts to present day wars. Keep your eyes open for a litany of uniforms, medals, personal letters, and rare military cars and firepower. In all, there are over 3 million items to check out. Remember to take your time in Regeneration Hall. It’s the tallest point of the museum, with carved statues honouring the fallen and perfect views of the Peace Tower. It’s a reminder that sacrifice is not without remembrance. This exhibit is only one reason the centre is among the most acclaimed history museums in Ottawa. 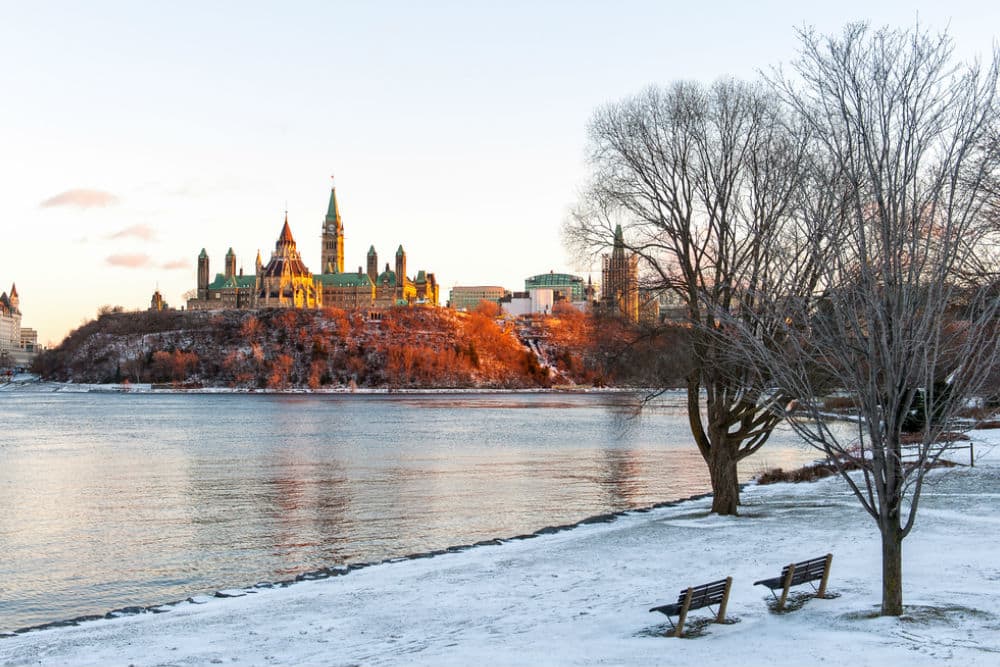 In the late afternoon, make your way to Parliament Hill. Located in the middle of downtown and overlooking the Ottawa River, the country’s future is decided day in and day out in the grand Gothic buildings. Sign up for a late afternoon walking tour, where you can see the House of Commons, Senate, and Library of Parliament. If you’re travelling during summer, don’t miss the nightly Parliament Hill Light Show. From July through September, the event includes bilingual audio stories and mammoth light projections on the old-time buildings, creating a kaleidoscope of colours and images of Canada’s beginnings to what the country is today. You might even want to book a hotel near Parliament Hill so you can crawl in bed after the show. 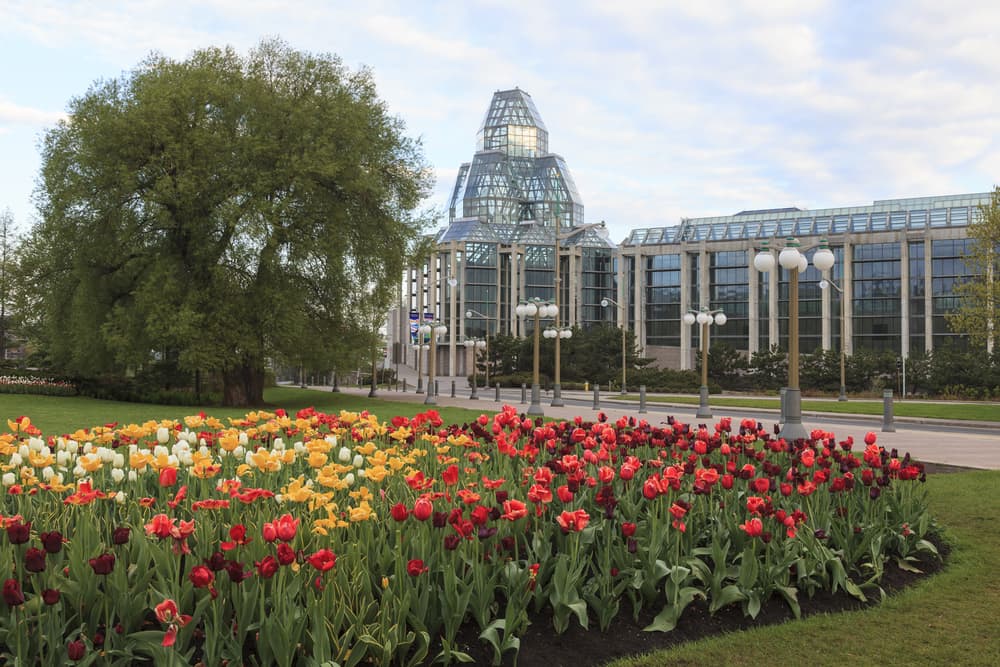 Think that the capital is all politics and no beauty? Clearly, you haven’t been to the National Gallery of Canada, one of the best art galleries in Ottawa. Founded in 1880, the centre is a showcase of paintings, photographs, and modern expressionist art. The museum puts a special emphasis on Indigenous art from both Aboriginal Peoples of Canada as well as indigenous cultures from around the world. International artists are represented across time periods, with names like Rembrandt, Guardi, Boudin, Monet, van Gogh, Picasso, and Pollock splattered on canvases. In total, there are 65,000 pieces of art, making it one of the top cool things to do in Ottawa.

You’ve got one weekend to make it count. Eat some beaver tail, skate down a canal, and get to know Ottawa.

What are your recommendations for spending a weekend in Ottawa?

The Best Hands-on Experiences in Canada