Calgary may be the largest city in Alberta, but many visitors come because Calgary also serves as a gateway to the Rocky Mountains and destinations like Jasper or Banff. The city itself, however, is a worthy destination packed with attractions, architecture, and entertainment. Even if you only have a weekend to spend in C-Town, it’s so very worth the visit! Here’s a helpful guide for spending 36 hours in Calgary. 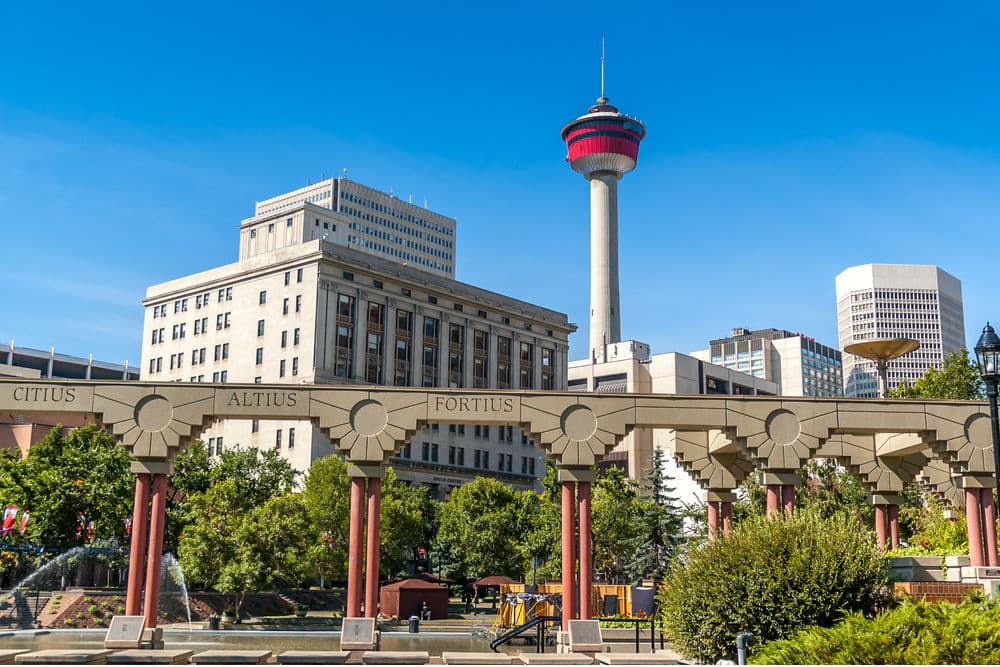 The best way to start a trip to Calgary is by heading to the top of the Calgary Tower. Standing at just over 180 m in height, the tower is the tallest structure in the city and one of the tallest in Canada. At the observation deck at the top of the Calgary Tower, you can stand on a clear glass floor and look right down onto the hustle and bustle of 9th Avenue. Calgary Tower also allows you to see the layout of the city as well as the Rocky Mountains in the distance. You can make this a quick stop on your itinerary for amazing photos, but you can also linger at Sky 360 (the revolving bar and restaurant) for panoramic views over Calgary.

Another Friday adventure? The Calgary Zoo. As the second largest zoo in all of Canada, this is a major attraction for visitors of any age. You can expect to see more than 1,000 different animals ranging from hippos to African lions, and the animals are housed in separate exhibits based on region and climate. Stop by the Canadian Wilds Exhibit, Destination Africa, Eurasia, and Penguin Plunge. Also, don’t miss out on the Prehistoric park, which is home to recreated dinosaurs posed in what would have been their natural environment. Visiting the Calgary Zoo any time of year is a fantastic idea, but during winter, the Zoo Lights Calgary event is an extra draw. Between November and January, this spectacle uses more than one million lights to transform the zoo into a winter wonderland. 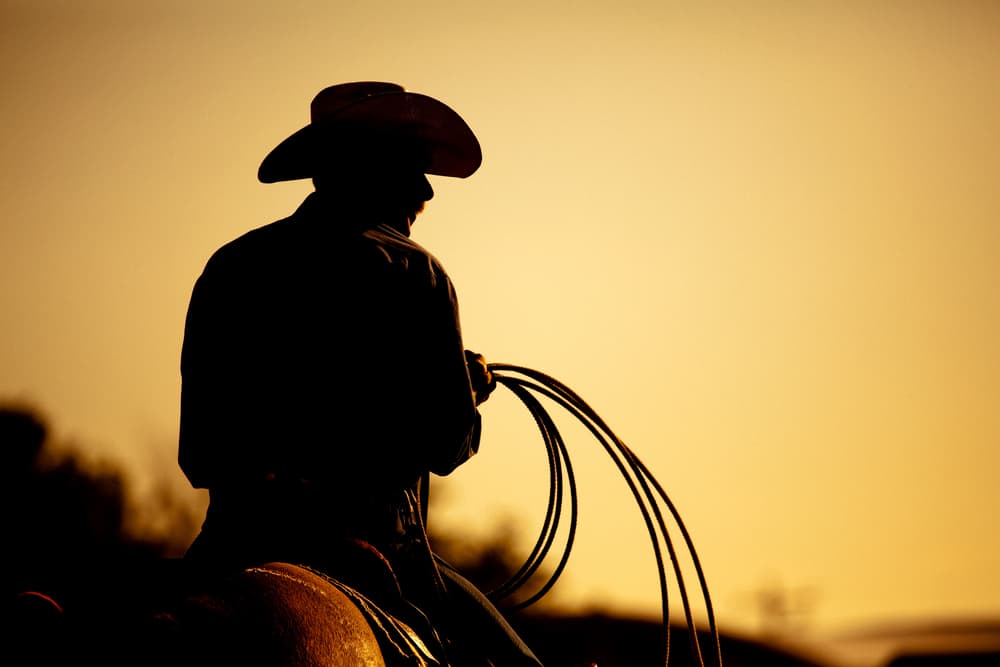 When you say Calgary, there’s one thing that comes to mind: the Calgary Stampede. This ten-day festival brings out flannel shirts, glistening cowboys, and Western umph you ain’t seen anywhere else. This is a can’t miss, can’t skip rodeo party. Attracting nearly one million visitors each year, the “Greatest Outdoor Show in Earth” includes a parade, concerts, and plenty of wrangling. Find your spurs and get your Saturday started off on the right foot. 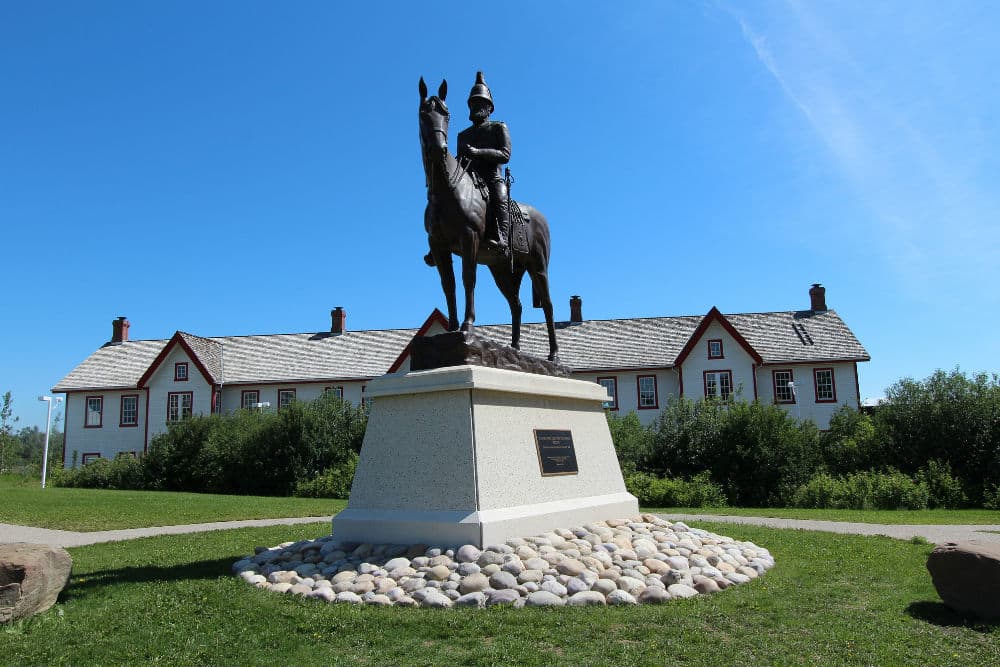 Want to see Calgary of yore? Long before the town was an established city, the area was home to Fort Calgary. Built in 1875, Fort Calgary was constructed from pine and spruce trees from the region, and the intention was to drive out whiskey traders and create a safer area. Several barracks and administrative buildings went up in the area now known as the Fort Calgary Historic Park, and it has been designated as an official National Historic Site. Head to Fort Calgary to see the city’s oldest historic monument. Then stroll along paved walkways and tour the replica barracks that show visitors how the military personnel of Fort Calgary lived in the late 19th century. 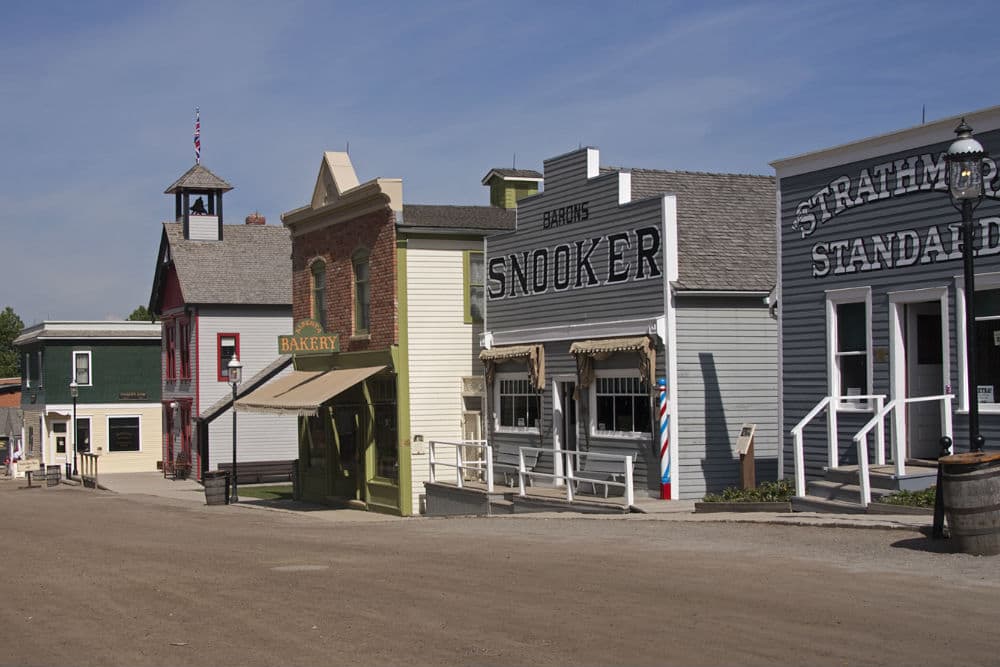 Before you leave C-town, make a stop Heritage Park with the kids. Heritage Park is a historical village that occupies more than 65 acres of land. Within the park, visitors can see a working steam engine in action, take a ride on a paddlewheel boat, shop for historic candies at the themed candy shop, or enjoy a meal at the bakery. Admission to Heritage Park is reasonable, so don’t feel like you have to skimp on the sweets! Every part of the village reenacts life in the 19th century, and there are more than 150 individual exhibits that cover everything from farming to traditional meal preparation techniques from more than a century ago.

From historical villages where you can see the past come to life all the way to incredible towers overlooking the entire city, Calgary is an amazing destination full of ways for you to enjoy a getaway in Alberta.

What are your recommendations for spending 36 hours in Calgary?