10 Charming Small Towns in Canada You Need to Visit

Big cities get all the glory, but the best getaway you ever take may not have the CN or Calgary Tower in the background. We don’t believe a skyscraper is a prerequisite for being a travel destination. We say small towns don’t have to be “always a bridesmaid, never a bride!” In fact, we think it’s time you pop the question to a Canadian town on the quaint side of things. Trade paved sidewalks for dinosaur tracks and hand in the twinkle of an urban skyline for the Northern Lights. Do it. Here are 10 of the top small town destinations to visit this year: 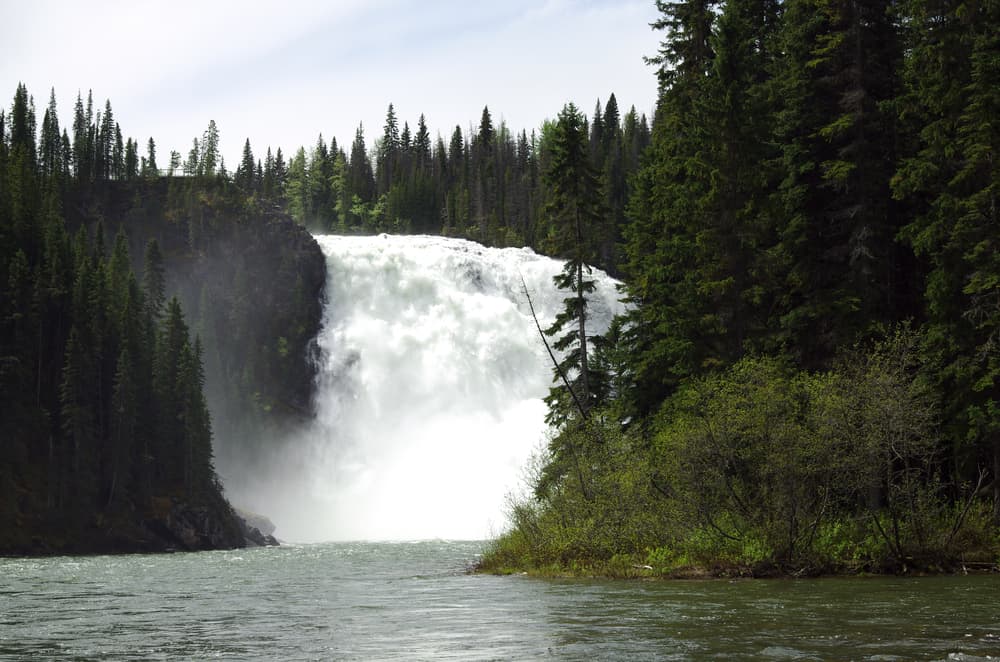 With a population of under 3,000, Tumbler Ridge definitely qualifies as a small town. Of course, we’re not counting the dinosaur remains that still occupy a bit of real estate. The town also has a UNESCO Global Geopark (only the second of its kind in North America), where Pinnacle Peak and Bergeron Falls are waiting patiently for you to go exploring. In all, Tumbler Ridge has a whopping 47 trails and dozens of waterfalls. During the winter, a tobogganing adventure is the best way to spend an afternoon. If you take a spill, just dust yourself off and walk with your head held high back to your Tumbler Ridge hotel. And then nurse your wounded pride with some hot chocolate or a glass of red. 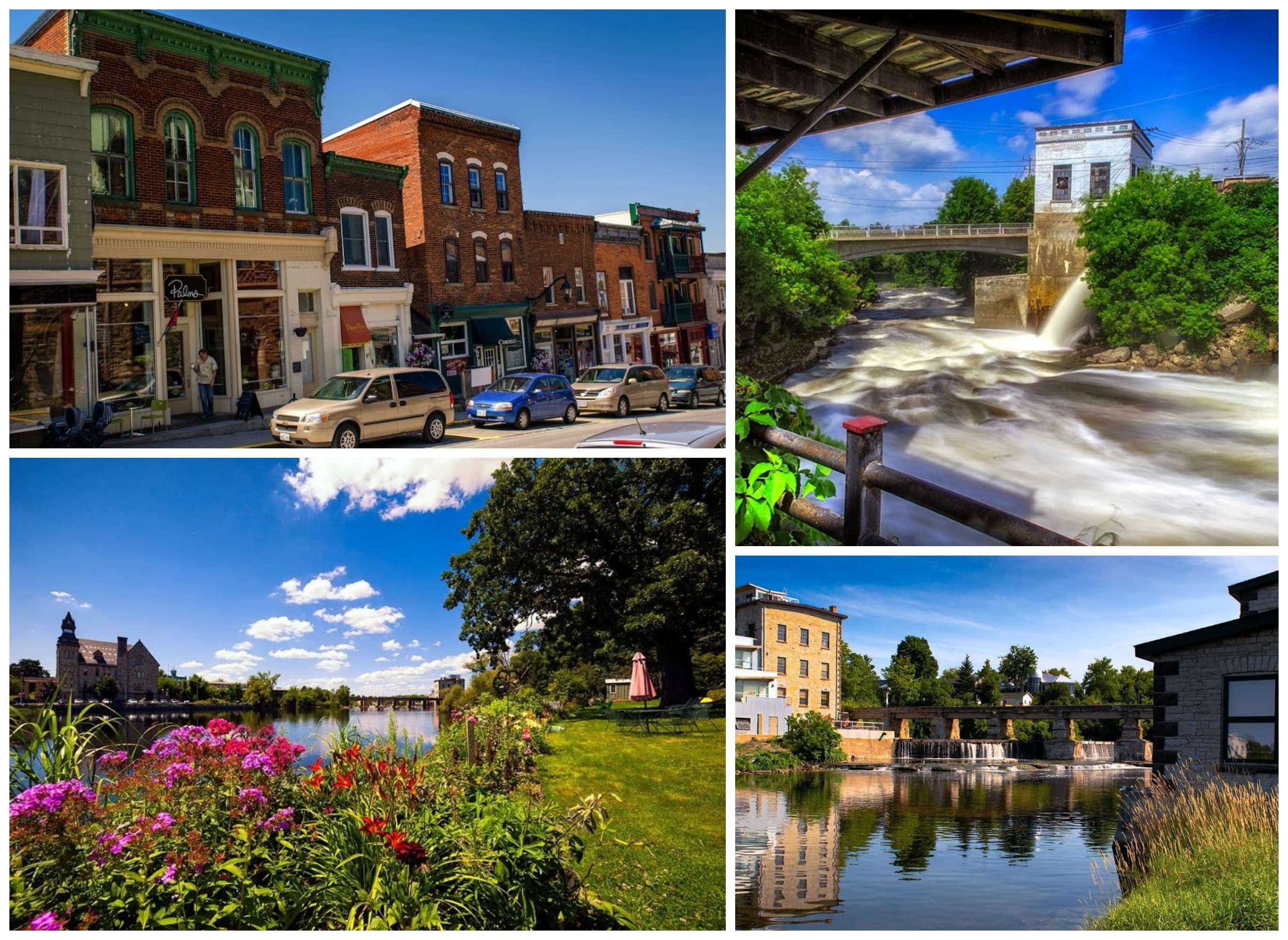 When we think about Almonte, the word “charming” comes to mind. If that sounds cliché, you don’t have to take our word for it. Pack your bags and turn up in this river town of 5,000 residents with nothing but time and a hankering for some good eats. As soon as you’re checked into an Almonte hotel, roll up those sleeves and go face first into a famous butterscotch pie at the Robin’s Nest Tea Room. Or, you know, use a fork so you don’t make a scene. In June, Almonte hosts the BusFusion festival, a VW Bus camping event where tie-dye is all the rage and there is something called the Puppy Parade. Don’t mistake it for the Puppet Parade, however, which takes place in August at the annual Puppets Up! International Puppet Festival. Any time of year, a walking tour of the remodeled limestone buildings and historic homes is a proper way to pass the time. 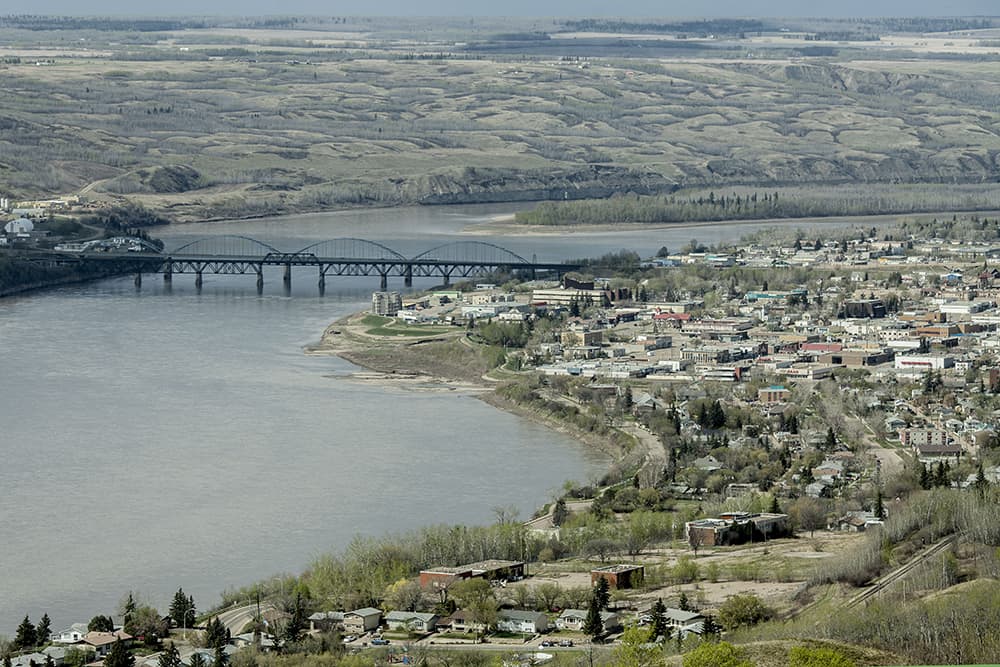 Surprisingly, Peace River leaves the tie-dye to Almonte, but that doesn’t mean you won’t sense some love and happiness vibes here. The town has a mere 7,000 residents, and it lights up with activity during July when the annual PeaceFest music festival brings live music to town. When you’re ready give Bear Grylls a run for his money, or at least a swift power walk, rent a canoe. Put your paddle in the river, and your journey takes you next to emerald hillsides. Hop on the Shaftesbury Ferry to a trail of the same name, and you’re off to investigate the landscape on foot. With so much to check out, it’s a good thing Peace River hotels are waiting with comfy pillows. 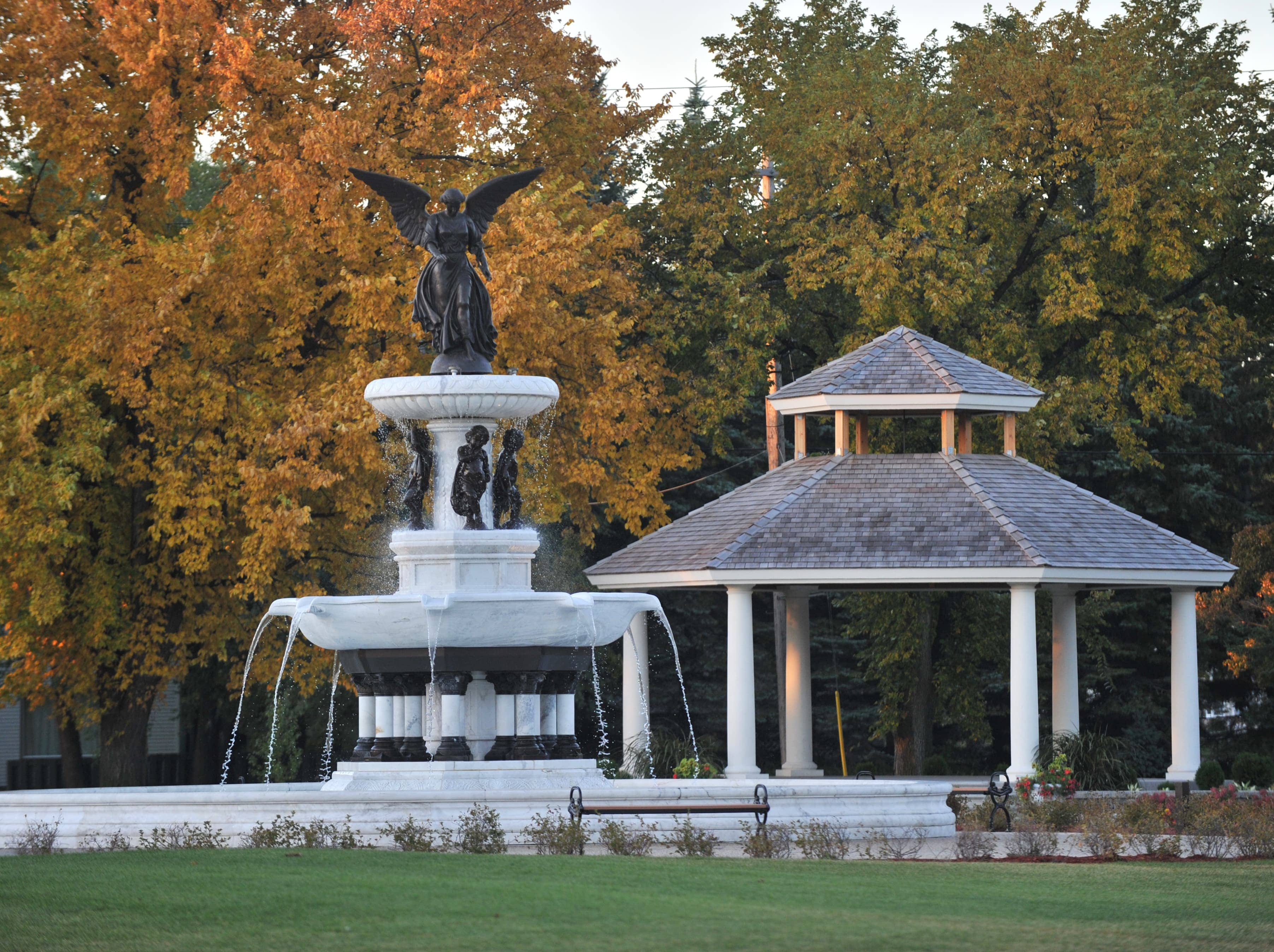 Winkler is the biggest city in the Pembina Valley, but it only has a population of just over 10,000 people. This translates to just enough food and entertainment for a great vacation, without an infinite number of elbows to rub along the way. Even better: It’s easy to feed your inner artist here. See a music or theatrical performance at the PW Enns Centennial Concert Hall, or if visiting in August catch a free concert at the Harvest Festival. Any time is great to spend an afternoon relaxing in Bethel Heritage Park or painting your own pottery at the Clay Owl Studio (we’ll just let you insert your own “Ghost” joke here). In the evening, head to CK’s Lounge for food or a night of live music before retiring to your Winkler hotel. 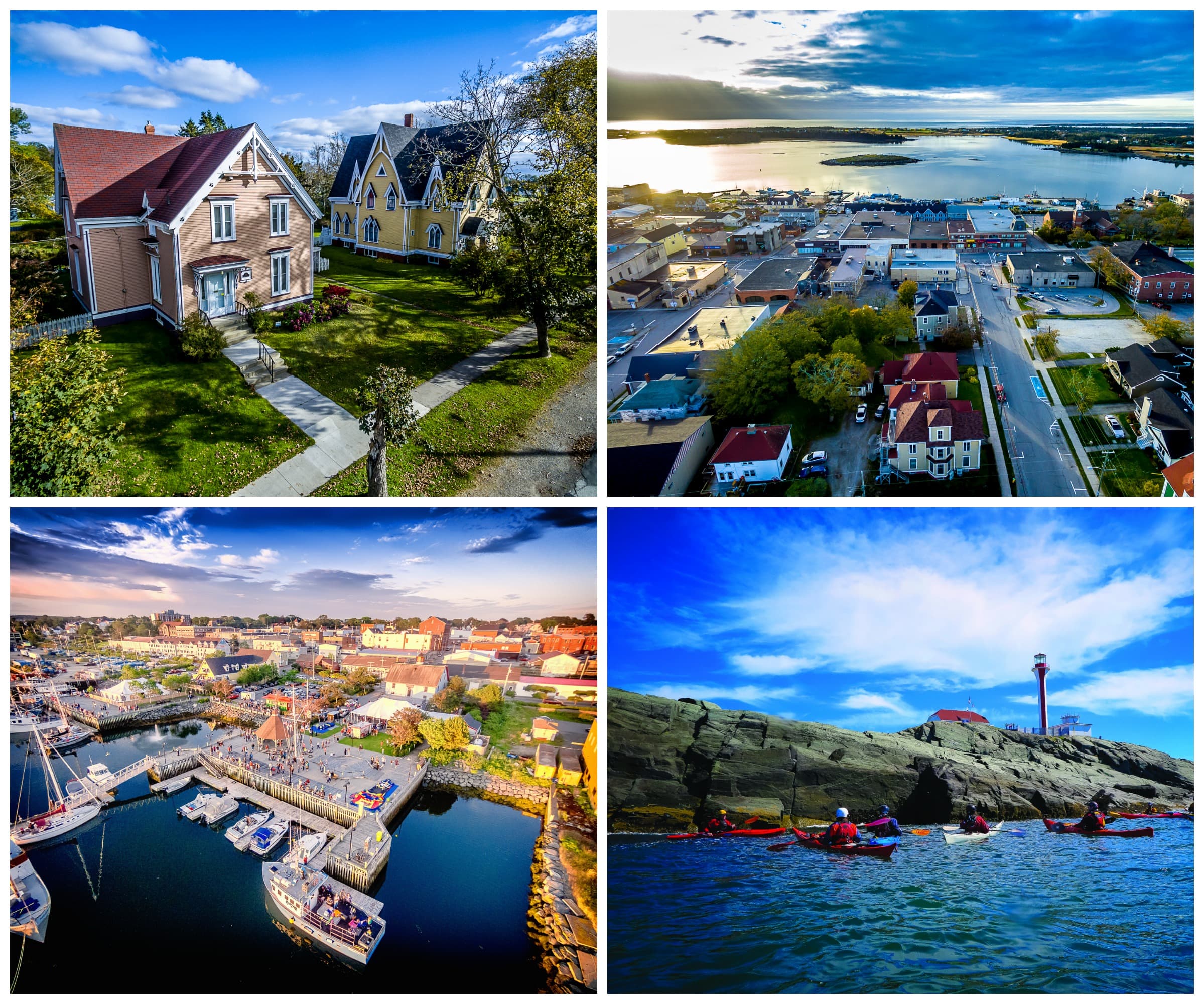 Yarmouth says it’s “on the edge of everywhere,” and standing beneath the Cape Forchu Lightstation you’ll be hard pressed to disagree. The town has about 7,000 residents and the candy-colored rooftops that postcards were made for. Check into a Yarmouth hotel and then take a slow walk through the Collins Heritage Conservation District, something of an architectural garden for Queen Anne Revival houses. From there, you can turn your attention north at the Deep Sky Eye Observatory or visit the year-round farmers’ market. 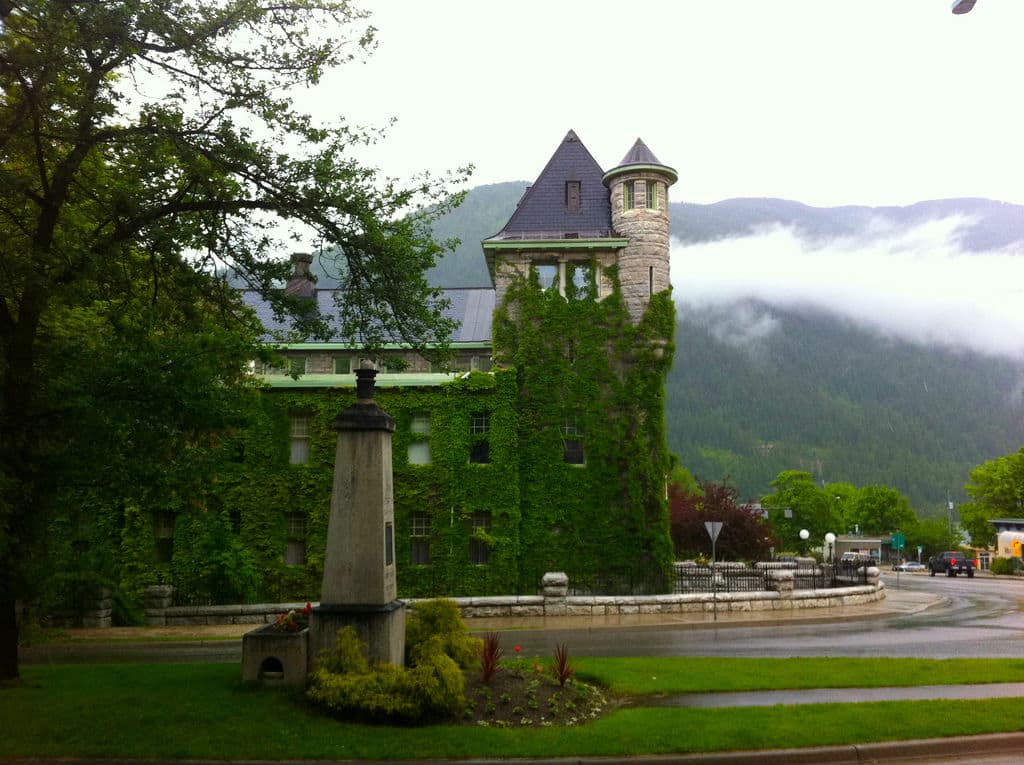 This mountain town might have only 10,000 residents, but it still packs a punch in the character department. In a friendly way, of course—no self-defense needed. During the summer months, meander through an outdoor art walk and ride the historic Nelson Street Car. If confined spaces give you the right kind of adrenaline rush, visit the Cody Caves Provincial Park for an underground tour. Of course, since “The Queen City” sits on Kootenay Lake you’re never left wanting for ways to unleash your potential as an Olympic water athlete. A weekend at a Nelson hotel is also a good idea when the snow falls. See firsthand why folks flock here for Nordic skiing, then warm up at the Ainsworth Hot Springs and grab a cup of coffee from a sidewalk café. 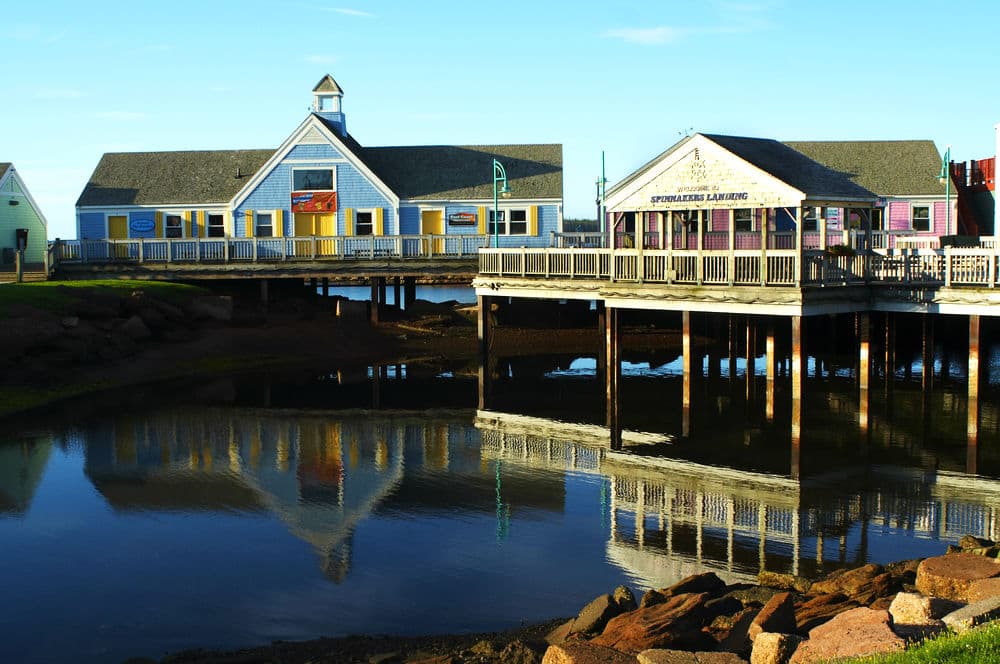 It’s here. The reason you bought that custom, triple-layer seafood bib. Summerside’s annual Lobster Festival takes place at the end of July, and it’s teeming with more than a plate of the freshest catch. Lobster trap and step-dancing challenges also bring the community together throughout the week. Summer is the right time to visit Spinnakers’ Landing, a waterfront marketplace where the lure of fresh fudge and antiques is too good to pass up. If you can’t make it to PEI in warmer temperatures, though, this town of 15,000 people is still a great destination when the sun sets on summer. Check out a show at the Harbourfront Theatre or win a hand of black jack at the Red Shores casino before you get cozy at a Summerside hotel. 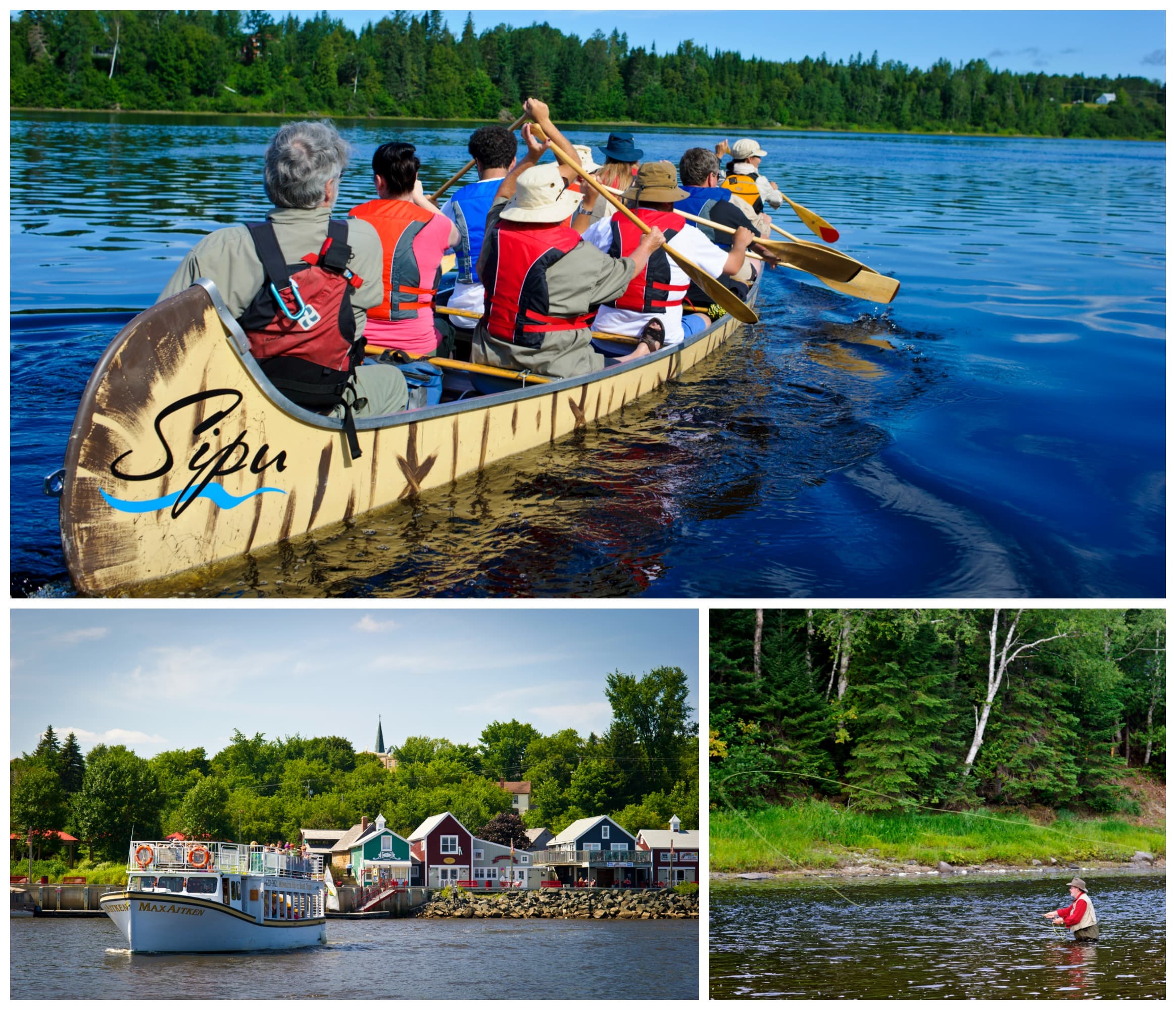 Not to be confused with the red cherry atop a banana split, Miramichi is a town of 18,000 people that rests around a river and bay of the same name. It’s also the perfect place to get a hotel for the weekend when you’d rather catch your own dinner than spend a fortune at a hip urban sushi joint. Go on a Miramichi River boat tour and visit Beaubears Island, where you’re given a tour by guides dressed in character from another era. If you’d rather spend your time hovering over the water, rent an electric jet pack… just kidding. Make an appointment at the Over the Hill Zipline. The line is the longest in New Brunswick at 1,100 feet, and it sends you right across the river. 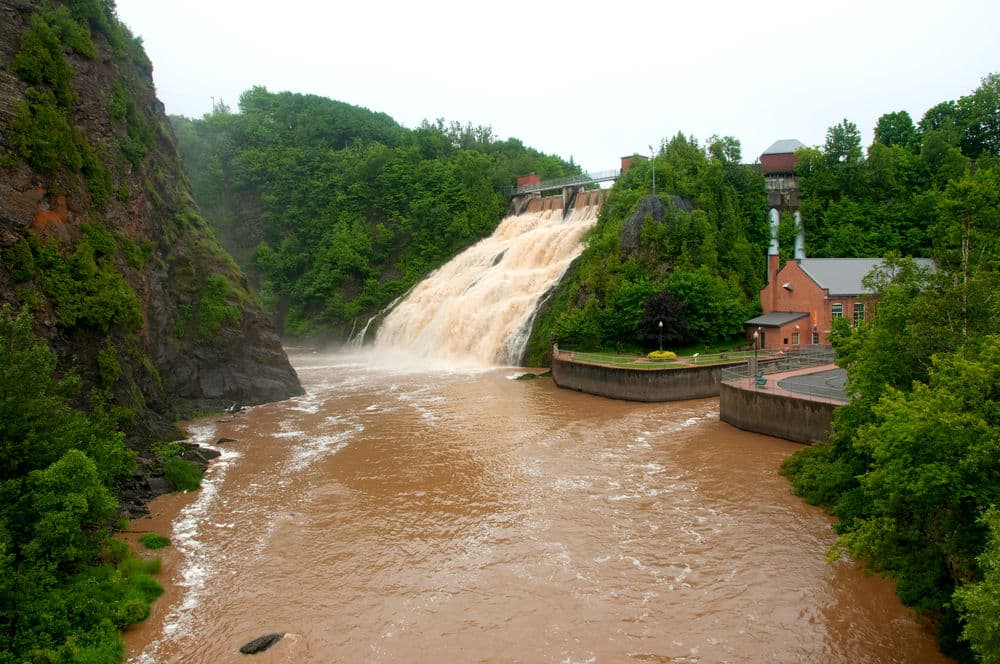 So you’re not a professional travel blogger? Instagram wouldn’t know the difference based on your vacation photos from Riviere-Du-Loup. We’re talking some real Grade-A National Geographic opportunities, people. When you’re not shutterbugging away, tour the Jardins Secrets de L’arc-en-ciel gardens and get a muscle-soothing massage at the Nordic Spa in Hotel Levesque. This town of 20,000 residents is also home to the Brasserie la Fontaine where you can grab a drink and do some karaoke, and the Manoir Seigneurial Fraser, a 19th century estate. There are plenty of comfy hotels to call home, too. Talk about eclectic! 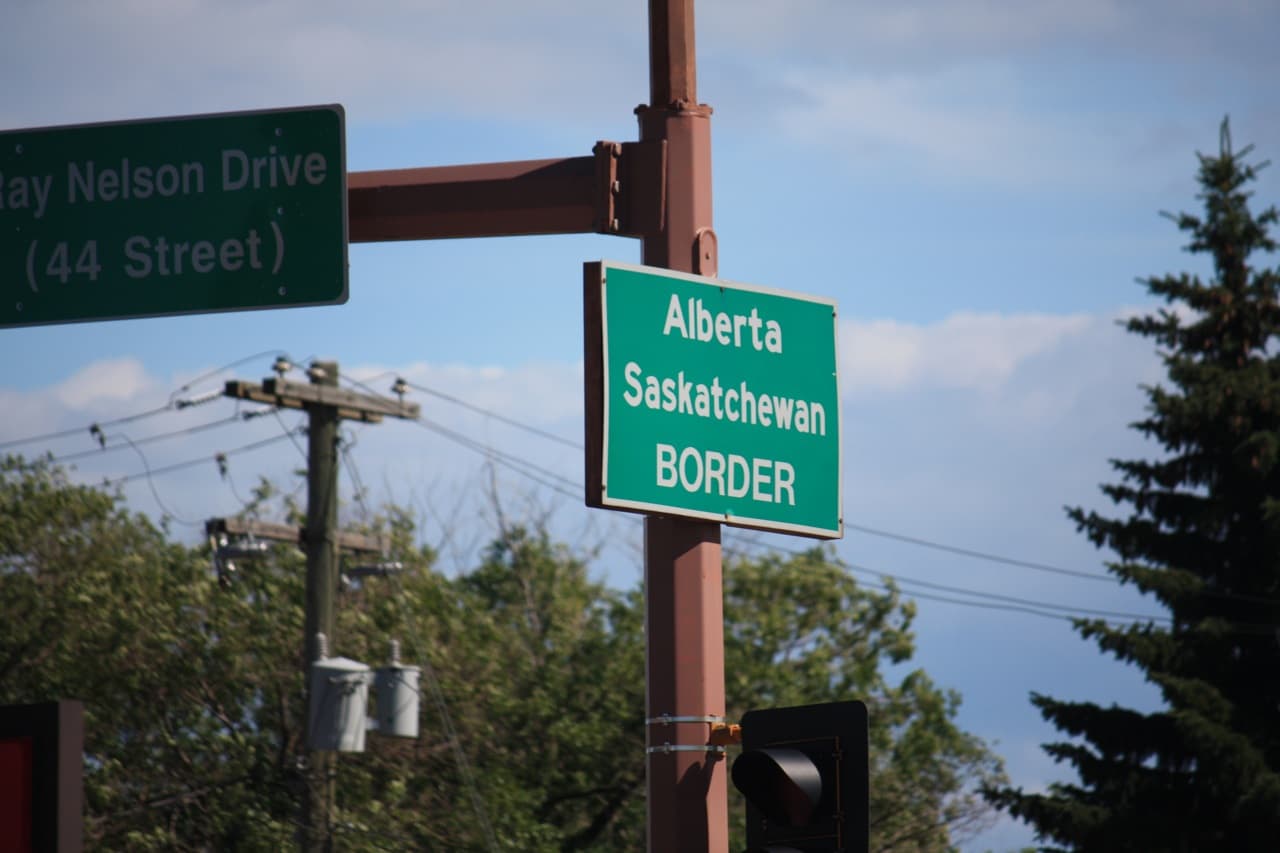 With a population of 28,000 or so, Lloydminster is the biggest town on our list. Still, we say it can deliver the small town experience. There’s plenty to do here, but we’re gonna level with you: eating ranks at the top of the list. From spring to fall, food trucks are serving up grilled treats, and the Home to Harvest market has divine locally-sourced meals all year round. Before you saunter back to your hotel to enjoy your well-earned food coma, stop by the Vic Juba Community Theatre for a show. If you want to fit back into your jeans after all that eating, head to Bud Miller All Seasons Park and play a round of tennis. Each May the park hosts the Lloydminster 5K Fun Run, which is as muddy as it is a good time.

You’ve tackled Toronto and wintered in Whistler—now it’s time to see what small town Canada has in store!