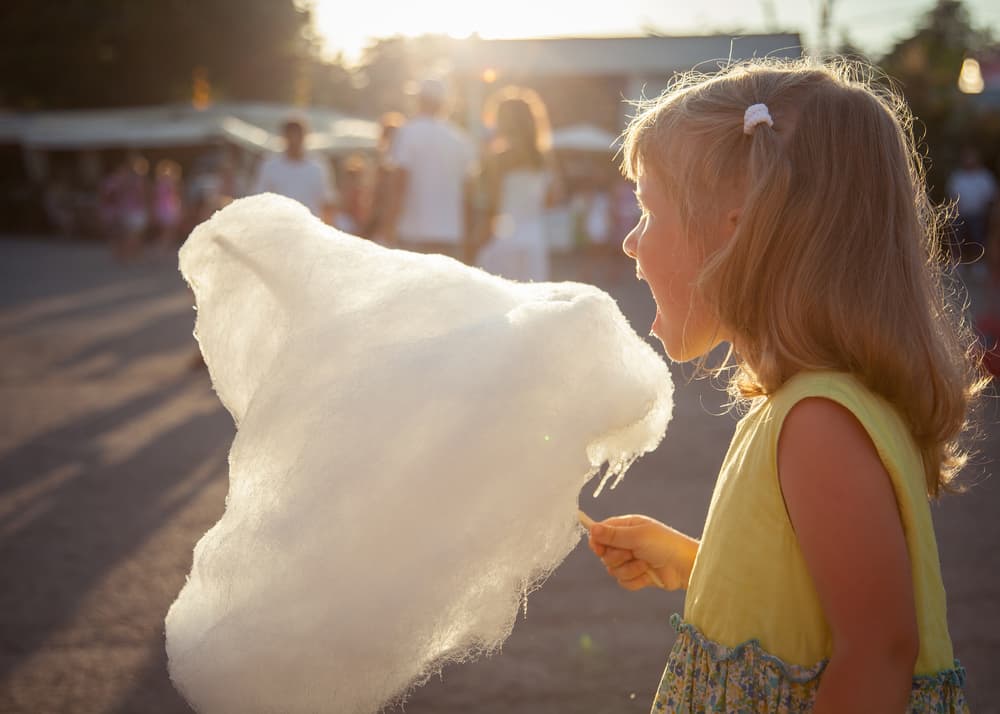 The screaming started a few minutes ago and hasn’t stopped. Don’t worry, it’s a good thing. When you announced that this year’s vacation would include a Florida theme park, the kids starting yelling and shouting in excitement and are still going off in the other room.

If you think that Disney World® is your only option in the Sunshine State, you may be delightful surprised. There are several other, smaller options that feature fewer actors in giant animal costumes. If you find just the right park or combination of parks for your family, you can bring everyone together for a journey they’ll never forget. Better prepare your Parent of the Year speech now.

Crown Your Child Ruler of a LEGO® Kingdom

Children may think of LEGO® pieces more fondly than their parents do–after all, the kids never seem to be the ones stepping on all the parts in the middle of the night, do they? However, everybody will be able to find something to love about LEGOLAND® Florida. With rides, shows, a water park, a 4-D theatre, and plenty of places to just play, the park is a great choice for everyone from your three-year-old daughter to Grandma and Grandpa. Nothing brings our your inner child faster than sitting on the floor with your kids building a LEGO® palace together, and at the end of the day you can purchase your custom creations as a one-of-a-kind memento of your trip.

Even the teenage party poopers who insist they don’t want to play with toys anymore will get a kick out of Miniland USA, a miniature United States constructed entirely out of LEGO®. From the Las Vegas Strip to the Kennedy Space Center, you can check out some of the States’ most well-known landmarks, all in one gorgeous outdoor viewing area. Got any sci-fi fans in the house? Venture with them beyond the planet to check out LEGO® recreations of the fictional Star Wars universe.

Don’t Fear the Velociraptors At This Jurassic Park

Most kids go through a dinosaur phase, re-watching “The Land Before Time” over and over and crying when they discover that the animals don’t exist anymore. Now you can wipe those tears on your way to Dinosaur World in Plant City, Florida. You’ll get a breathtaking glimpse of what life may have been like when these creatures roamed the earth. The huge eight-hectare park features more than 150 life-sized sculpted dinosaurs, all placed around plants or water to simulate their natural environment.

Treasure the look of wonder in your kids’ eyes as they gaze up, up, up to try to find the dino’s head hidden among the trees. Be sure to let them know about the animatronic dinosaurs, otherwise you may find yourself comforting a terrified child after one of the animals moves toward them unexpectedly.

For a more hands-on experience, your little ones can also visit the Fossil Dig. They can put on their Indiana Jones hat and mimic paleontologists by digging through a sand table to unearth fossils of their own. They even get to keep up to three that they find. Take a family picnic in the middle of the park, surrounded by the reptiles of the past, and you’ll feel as if you’ve stepped out of a time machine.

Slide Your Teens Out of Their Moods at a Water Park

Moody teens are notoriously difficult to please, and the idea of spending a day with dinosaurs, LEGO® pieces, or Mickey’s friends may just make them roll their eyes. At first, they may not show much more interest in Florida’s Rapids Water Park, but even the most sullen teenager will find it hard to keep their “I don’t care” demeanour when flying down the Body Blasters water slide by themselves, with no mats or tubes to cushion the ride. They may try to hide their smile at the end, but when they shrug and say, “I guess that one didn’t suck,” you’ll know you’ve found a hit.

The rides here can be a bit intense for the little ones, but if you can convince them to go on the flume rides with you, you’ll get the joy of holding onto them tightly as you drop into the enormous Big Thunder funnel and zig-zag up and down the wall in your tiny raft. You can also let the more independent older siblings wander the park on their own while you look after the younger ones, but everyone should vow to reunite at the end of the day so you can brave the Raging Rapids flume ride as a family.

Plan the perfect combination of parks and rides to satisfy your whole family on your Florida vacation. Whether you prefer LEGO® castles, dinosaur caves, or anything in between, allow the Sunshine State to show you the way to a vacation that will get even the most standoffish family member to scream with joy.

Which Florida theme parks are you excited to explore on your vacation?

Next post Munich Munchies: Best Bavarian Foods You Have to Try

Previous post Don’t Be a Hodad: Everything You Need to Know About Surfing in Lisbon