If you hear London calling, but you can’t travel right now, take a virtual tour of London from home. You can peruse The British Museum, walk the grand halls of Buckingham Palace, and watch a performance in Shakespeare’s Globe. All you need is an internet connection. We’ve even curated a list of books and movies set in the city and a playlist of some of London’s greatest musicians. Until you next find yourself in a British pub, here is your virtual travel guide to London.

London’s vast museums are legendary, and now you can explore them from the comfort of home. See antiquities from around the world like the Rosetta Stone, Egyptian mummies, and the Parthenon Marbles on a virtual tour of the British Museum. Also, be sure to check out the curator corner for fascinating videos about specific objects in the collection.

To get your art fix at the National Gallery, try exploring its collection of masterpieces online. The Courtland Institute of Art provides a high-resolution virtual tour of how the gallery appeared in 2018 before its recent renovation. You can zoom in close enough to see the texture of Van Gough’s brushstrokes on his self-portrait with a bandaged ear and read the plaques describing each piece in the collection.

London’s Natural History Museum gives you 9 ways to explore its collection from home. You can even listen to Sir David Attenborough guide you through Hintze Hall’s specimens including a blue whale skeleton, fossil trees, and a meteorite as old as the solar system. 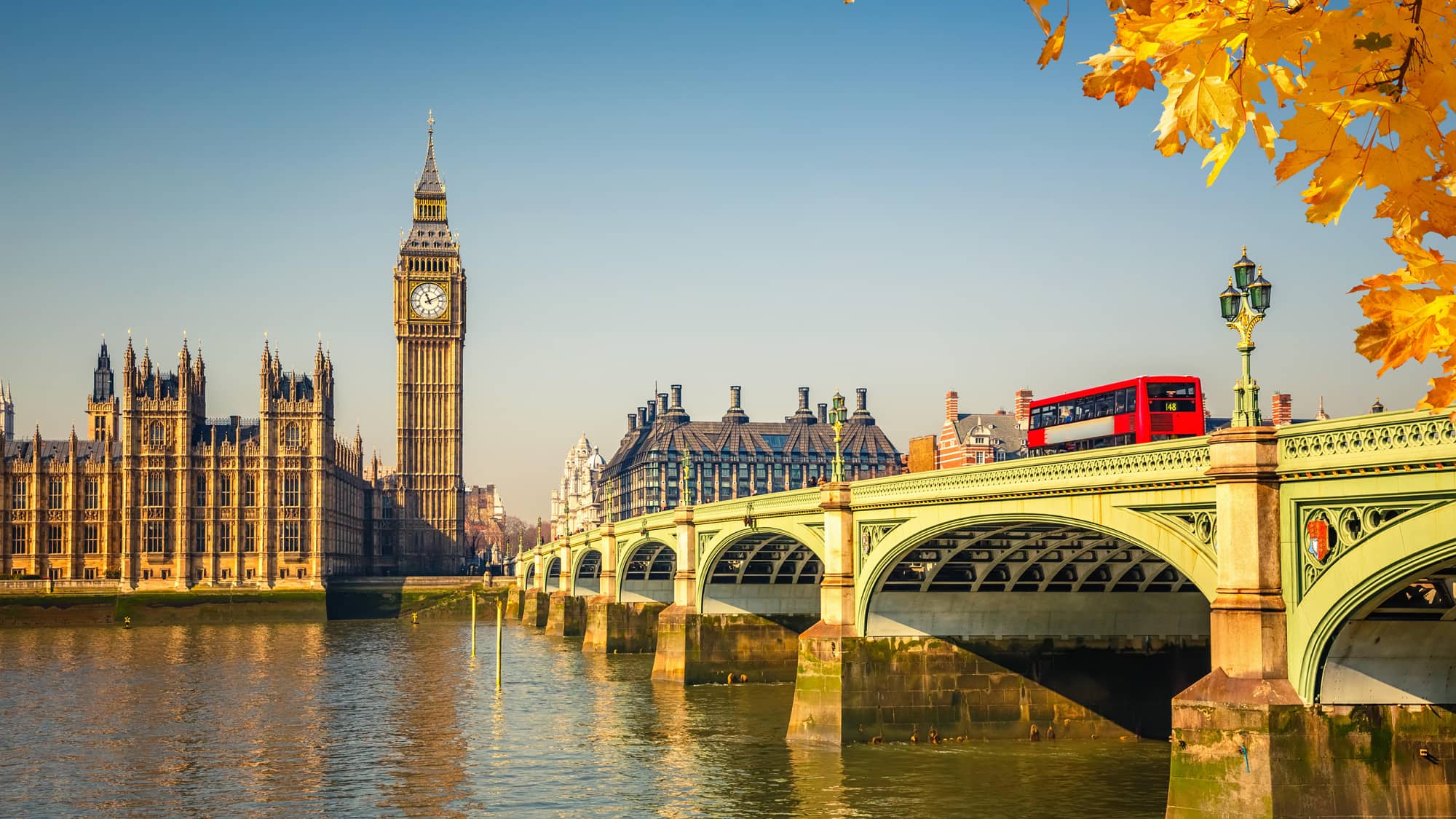 No trip to London, virtual or otherwise, is complete without checking out some of England’s most iconic sights. Take a virtual tour of the Houses of Parliament, which sit beneath the Big Ben clock tower. At Buckingham Palace, move through the royal residence and click information bubbles to learn more about the furniture, paintings, and history of each room.

You can step further back in time with a narrated 360-degree virtual tour of the Tower of London. Learn about the castle’s bloody history and ogle at the crown jewels housed within. Shakespeare’s Globe Theatre also provides a 360-degree experience of its stage. You can also watch free recordings showcasing a rotating series of performances such as Hamlet, Romeo and Juliet, and A Midsummer Night’s Dream. Or you can rent from a huge catalog of The Bard’s plays.

Explore more of the United Kingdom’s famous landmarks on Expedia’s Things to Do From Home page. Take virtual tours of The National Museum of Computing, Stonehenge, and more.

If you need a break from screen time, you can take a virtual tour of London old school—with a book. London’s rich literary history gives you plenty of reading material to choose from. Here are a few recommendations: 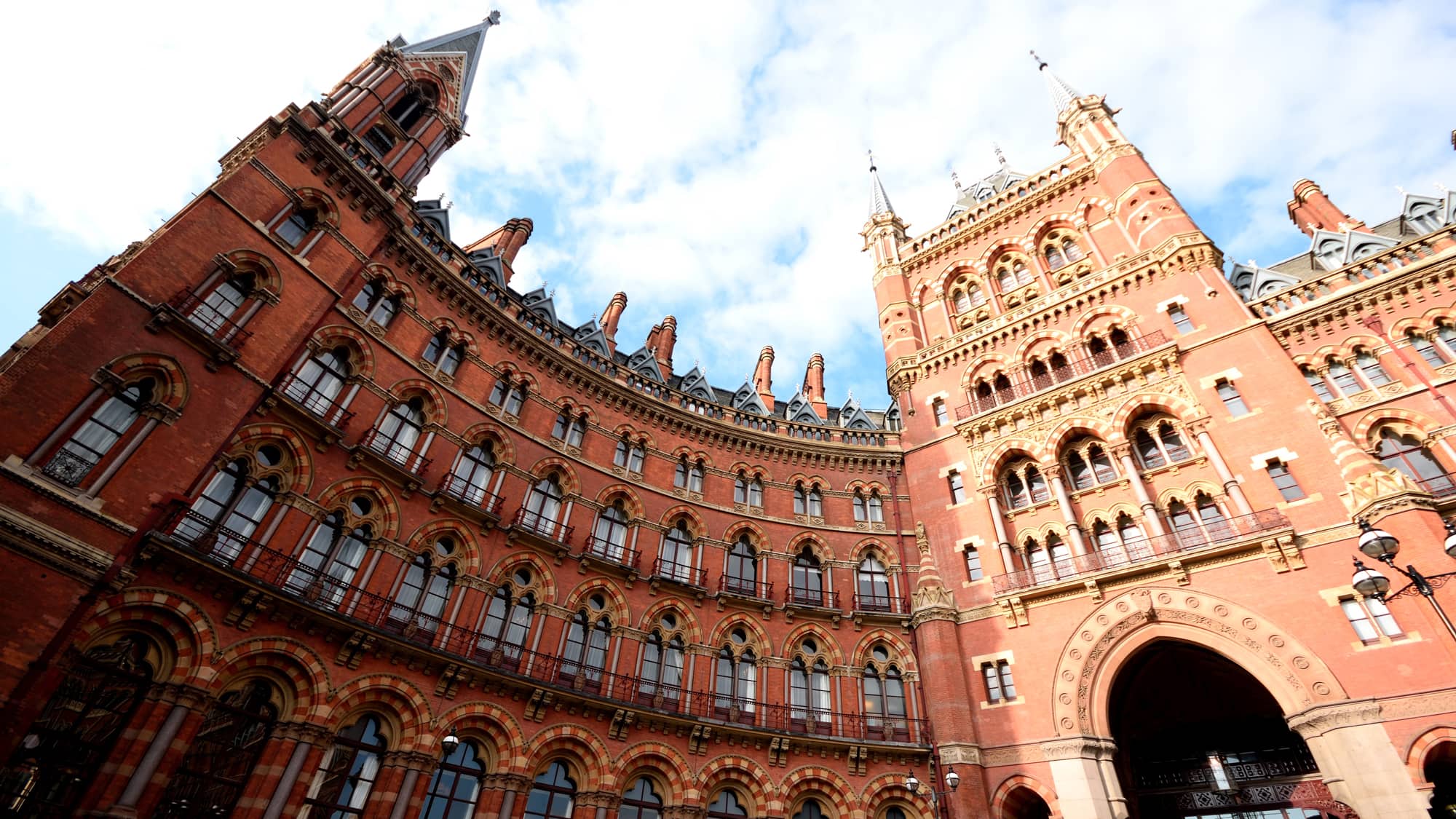 From James Bond to Harry Potter, many blockbuster movies have been filmed in and around London. But if you truly want to experience London in all its grit and glory, check out these movies where the city takes centre stage.

To engage more of your senses, why not take a virtual tour of London through the music? We’ve curated a playlist of some of London’s most popular bands of all-time. Listen to artists ranging from Led Zeppelin to The Spice Girls to Adele. Turn up the volume, or plug in your headphones to check out Expedia’s London playlist on Spotify. If classical music is more your style, stream concerts by the London Symphony Orchestra.

For more virtual travel experiences, plan a virtual trip to Rome or take a virtual hike in some of the world’s most beautiful places.

Next post Guide to Pride 2020: Virtual Events and Destinations to Celebrate 50 Years of Pride 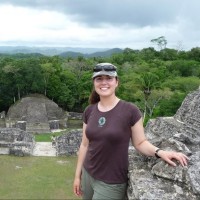 About the Author Camille Meyers

As a writer with wanderlust, I’ve explored ancient temples in Cambodia, photographed elephant-dotted plains in Kenya, and penned lines in cozy Scottish pubs. Before landing on the Expedia Team, I worked with falcons in the jungles of Belize as a conservation biologist. I love writing about life-changing travel experiences and helping people plan their next great adventure. 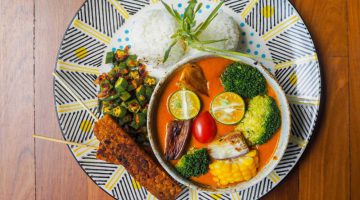 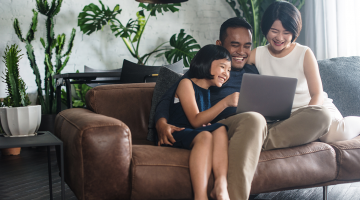