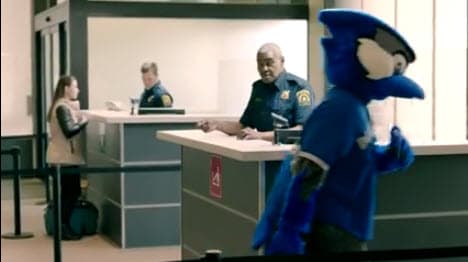 As an official partner and passionate fan of the Toronto Blue Jays,™ we are looking forward to the exciting baseball season now upon us! Over the course of the season, the Blue Jays will travel approximately 45,000 km, spending a total of 83 days on the road, 90 hours on planes, and collectively take up 4,000 hotel rooms in cities across Canada and the U.S. We’ve compiled a list of the top cities in North America that will give baseball fans the opportunity to see some of the same great places the Blue Jays will see this year.  Great deals to all of these cities can be found on expedia.ca/bluejays.

If you don’t live in Toronto, there might not be a better way to soak up the excitement of the 2015 season than to take in one of the first home series game against the Blue Jays’ inter-league rival, “America’s Team.”  Following the game, snap a photo of the T-dot’s sweeping skyline, grab some street meat and explore the city’s various boroughs. Toronto is also a cultural mecca – tour the bohemian streets of Kensington Market, soak in art at the Art Gallery of Ontario and finish your evening with belly-busting laughter at Second City.

We offers hotel rooms for four-star properties in downtown Toronto starting at $139 per night*.  Book through the Expedia App for mobile-exclusive deals.

Take a trip to the west central coast of Florida and let the Gulf Shore breeze prepare you for a weekend of fun in the sun. Tampa Bay is just as lively as its inter-state neighbours like Miami. After you see the boys in blue face off – there are loads of other activities to occupy you for the rest of the weekend.

Busch Gardens and Lowry Park have been known to draw crowds eager to view exotic animals, while Boca Ciega Bay is renowned for its gorgeous sunsets. You can also visit the Morean Arts Center for a tour of the famed Chihuly Collection (it’s also good for a much-needed break from the sun).

Join the Blue Jays as they make their first trip to visit one of their most-heated rivals. Watch as the Blue Jays take on their former manager and battle the famed ‘Green Monster’. If you’re lucky enough to sit in the famous area and a Blue Jays homer comes your way, you may walk away with one heck of a souvenir.

Want to explore the city? Taking a hop-on-hop-off, bike or Segway tour is a great way to cover a lot of ground in a short amount of time. Finish your day with a romantic dinner cruise to see moon-lit views of the harbour islands and the Charlestown Navy Yard.

Fly down to the Big Apple and sit amongst some of the most enthusiastic baseball fans in the world. With so much to do in New York, it’s a good thing you’ll be able to visit again when the Blue Jays are back to New York in September!

The city that never sleeps is known for its incredible nightlife, entertainment, shopping and museums. Spend the weekend riding bikes over the Brooklyn Bridge, rubbing shoulders with celebrities and historical figures at Madame Tussauds Wax Museum or relive the Harlem of the 1920s and enjoy the thriving jazz movement on a Harlem Soul Food & Jazz Tour.

We offer fans travelling to the Big Apple four-star hotel and flight package deals starting from $490*.

Fly down to the City of Angels and watch the Blue Jays take on one of baseball’s most exciting teams. Who knows? You might find yourself sitting next to a celebrity!

After the game, take a glimpse into the lifestyle of the rich and the famous with the TMZ Hollywood Tour or take a bike tour to visit the homes of A-list celebs in Beverly Hills. Catch a view from above with a helicopter tour over Long Beach and the cliffs of the Palos Verdes Peninsula. Thrill-junkies can take the wheel behind their favourite racing car or take a joy-ride on the open road on the seat of a Harley-Davidson®.

Extended weekend with the pals: Have some extra vacation time saved up? Take a 3.5 hour road trip from LA to Sin City. Besides gambling, night life and cuisine on The Strip, Las Vegas has a lot of entertainment options to offer! See a Cirque du Soleil® show, take a helicopter ride over the city, or go horseback riding in the wild, wild, West.

We offer fans travelling to the City of Angels four-star hotel and flight package deals starting from $831*.

Be sure follow Ace on the road this season in this great Blue Jays ad!

*Offers are based on an average per-night stay at 4-star rated hotels in these cities during the indicated weekend for two adults.  All hotels are available on Expedia.ca as of April 8th, 2015. Package prices are based on departures from Toronto with flight and hotel booked together in economy class.  Prices are subject to vary based on booking date and star rating.