We see you, you know: The nibbler always sneaking an extra scoop of ice cream while the rest of the house is asleep. But once that tub of Rocky Road has run out, it’s time to up your game. Here are some of the top ice cream shops in North America. 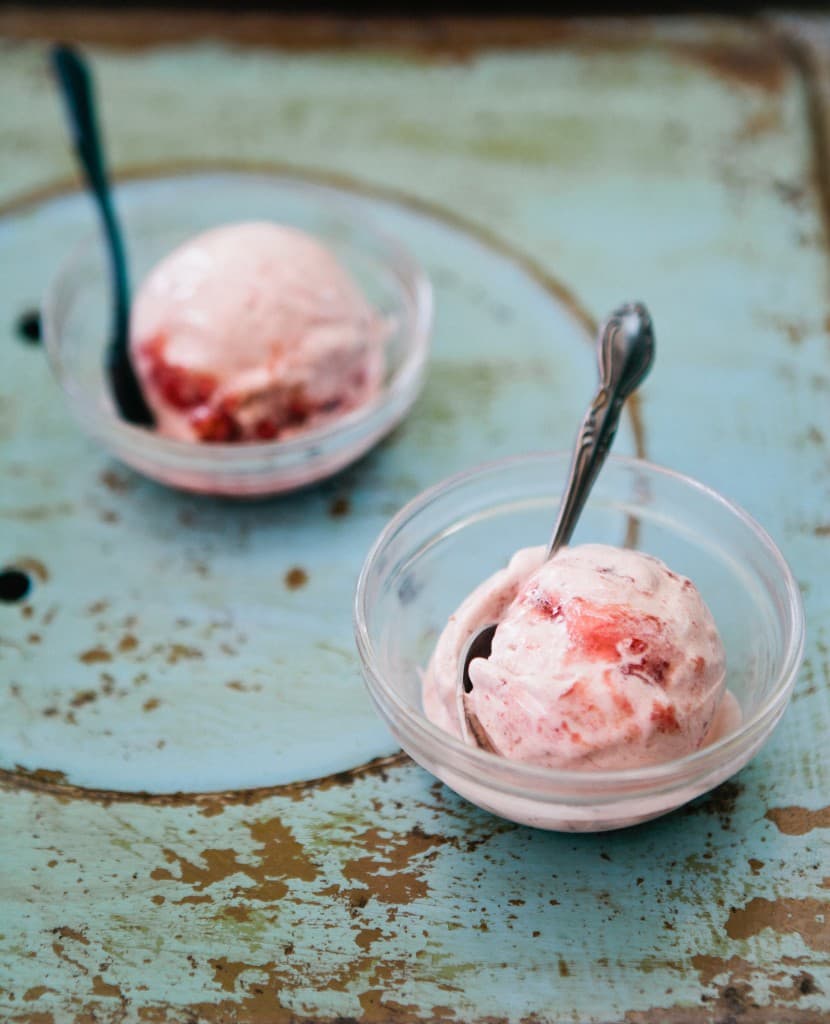 Photo Courtesy of: Leela Cyd Ross for Salt and Straw

Hipster name: check. Hipster town: check. Artisanal ice cream so good you want to feast until you pop? Oh yes, check. And it’s not just good flavour; it’s mad science. Many of the flavours were created in the kitchen of the Oregon Food Innovation Center. Perhaps that’s why everything at Salt & Straw tastes so brilliant. Get your splurge on and try the Pear and Blue Cheese, Coconut with Petunia’s Salted Caramel Bars, Strawberry Honey Balsamic with Black Pepper, and Almond Brittle with Salted Ganache. In true Portland style, burn the calories on your unicycle and come back for more. 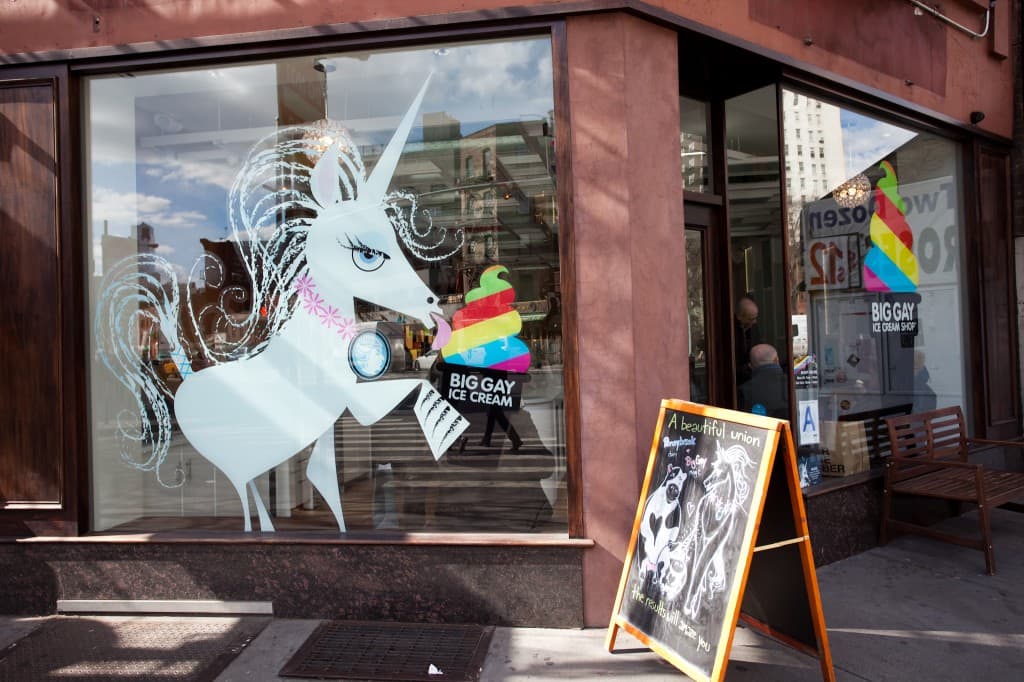 Founded by Douglas Quint and Bryan Petroff, Big Gay Ice Cream® is a whimsical take on America’s favourite thing to put in their mouth after dinner. The brand began in 2009 when Douglas and Bryan wanted to do something wacky for a summer and started a food truck. Flash forward to today and the award-winning Big Gay Ice Cream® has a number of sit-down locations, and a new spot opening on the West Coast soon. It can be hard to stand out in the razzle dazzle landscape of New York City, but really, the Big Apple was no match for Big Gay Ice Cream®. Most of the stores take a tongue-in-cheek approach to their décor, with walls painted in rainbow colours and playful unicorns printed on the exterior. Flavours include the Salty Pimp, Bea Arthur, American Globs, and Mermaid. The toppings are equally as varied, with olive oil, blood orange-infused balsamic vinegar, and Maldon salt. Try their ice cream and walk away happy.

If you’re on a diet, walk right out of COWS. Since 1983, they’ve been pouring up to 16 percent butterfat into their ice cream recipe. Want to know an industry secret? Most ice cream producers mix their cream at high speeds to add air to the mixture, which increases volume at cheaper costs. Not at COWS. They believe in the mellow life, which is why the cream is mixed as slowly as possible to avoid pockets of air and create a high-density texture. They’re also adamant about top-notch ingredients. The strawberry ice cream is made with local island berries and the chocolate is made from cocoa shipped from Holland. If you feel so hungry you can eat a cow, this is the place to binge. 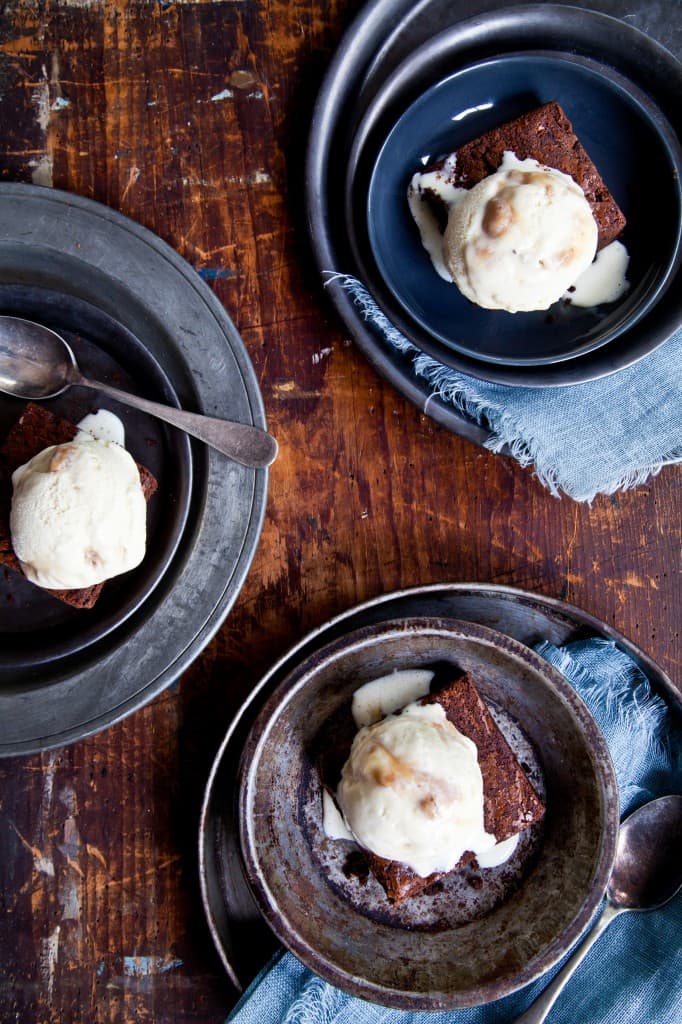 Empty your Saturday calendar—you simply must line up at the High Road Craft Ice Cream factory during their only open day of the week. When you have an ice cream shop where chefs make ice cream for other chefs, you better believe the treats are good. Most of the flavours are truly Southern-inspired. Taste the Bourdon Burnt Sugar with crème brulee richness; Aunt Hazel, which is made with their own hazelnut praline and a pinch of black pepper; and Pistachio Honey Ricotta Gelato, made with true wildflower honey and homemade pistachio paste. It’s the perfect place to get the munchies. 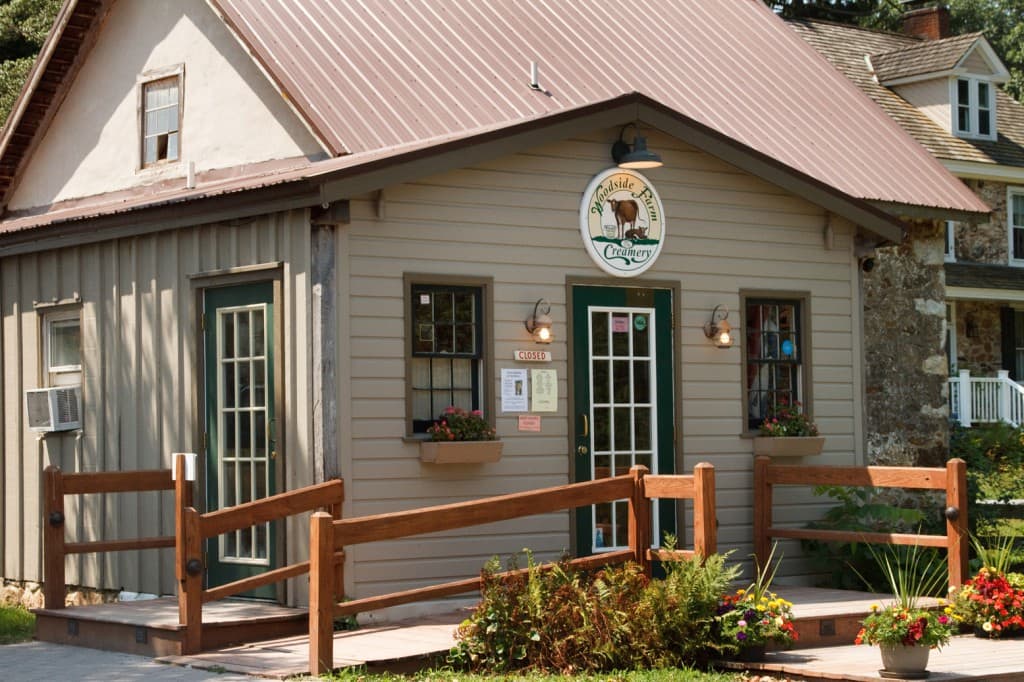 It’s 2 p.m.—do you know where your ice cream cow is? Well, you can answer that question when you visit Woodside Farm Creamery. Woodside Farm has been family-owned since 1796. Let’s repeat that: The farm is only 20 years younger than the American Revolution. Since the 18th century, the family has run the pasture with an emphasis on dairy and eggs. In 1998, they reinvented themselves by opening their homemade ice cream shop on-site, made with the milk produced on the farm. Trust us, you don’t get fresher than that. Now, this may be a centuries-old farm, but you can expect more than a few modern flavours. Try ordering scoops like the Bacon, Peanut Butter and Jelly, Pumpkin Pecan, and Gingersnap. You can thank Bessie on the way to your car.

This spring, stop scooping that frosted-over ice cream at the bottom of the tub. Go to some of the best ice cream shops in North America for sweets so good, there won’t be left-overs.

Which ice cream shop is your favourite?

Previous post A Foodie’s Guide to the Vegas Strip