Where to Spend Halloween in Kelowna

It doesn’t matter if you’re a tattooed biker, trendy college student, or straight-laced business tycoon; when “Thriller” comes on, you dance. And when you’re in Kelowna for Halloween, it’s a safe bet you’ll be hearing this little boogie at some point in the night. With riotous live music, “Rocky Horror Picture Show” performances, and more than a few rowdy pubs playing new and classic tunes, All Hallows’ Eve is a major event in town. Put on your scariest mask and wig, and check out the major Kelowna Halloween events happening this month:

Halloween or no, Roses is the place to be for Kelowna nightlife. With a crowded dance floor and bartenders who know how to craft a martini so dirty it’ll make you blush, this place throws epic parties. Head down to the pub for Halloween weekend, where you’ll find a costumed mob ready to celebrate until November’s first light. Costume prizes, live DJs, and sudsy brews are routine features here each Halloween, so dress to kill. 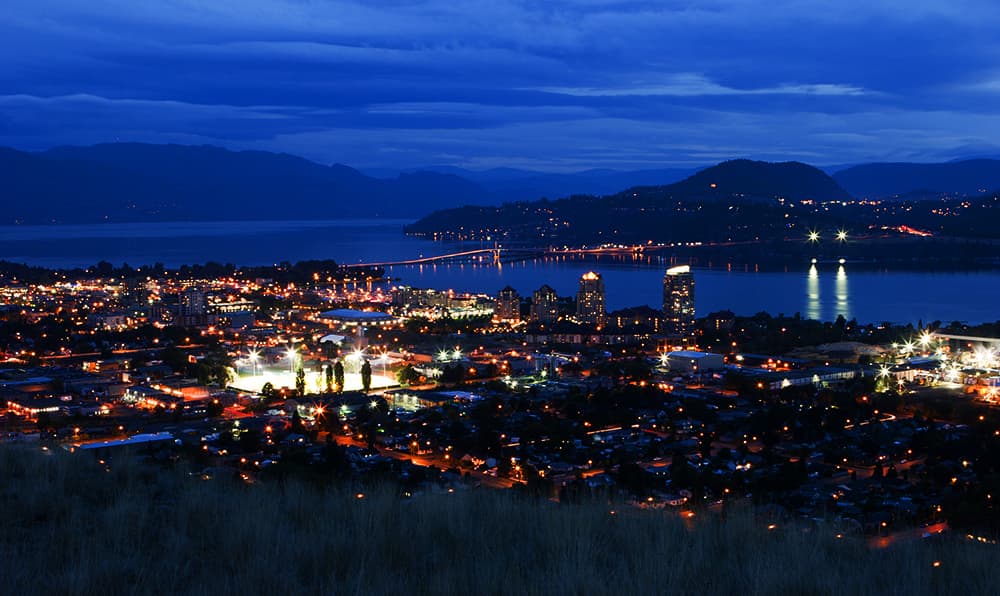 For the biggest Halloween party in Kelowna, go see Delhi 2 Dublin on the 29th. The band is popular for their electronic sound that mixes dub reggae, Celtic fiddle, and bhangra beats. They’re also known for spirited live performances that could make even a zombie jump up and dance. Furthermore, the Kinshira Performance Group is also putting on a show at the venue on Saturday, so keep your eyes open for an act that includes “crypto-steampunk monster hunters” looking for demon wolves amongst the crowd. What does that mean exactly? You’ll have to find out for yourself.

“Notorious” is a label “Rocky Horror Picture Show” wears with pride—and the actors don’t wear much else. Head down to the Kelowna Actors Studio where you can watch a live performance of the classic flick. Go ahead, sing out loud. We know you know the words to “Sweet Transvestite,” “Dammit Janet,” and “Time Warp.” There’s also a rated R version of the play later in the month, which promotes itself as “sexier, racier, and later.” Halloween in Kelowna doesn’t get better than this spectacle.

Forget Mary-Kate and Ashley, the witches of “Macbeth” were the OGs of double, double toil and trouble. The play is known for prophecy, bloodshed, and witchcraft—all the best elements of Halloween. Words to the wise: The play wraps up just before the end of the month, so get your scare in before the eerie holiday.

This Halloween, bust out your best “Thriller” moves and prepare to sing your favourite “Rocky Horror Picture Show” songs. When you’re in Kelowna for Halloween, you can count on a spooky holiday you’ll never forget.

Previous post Where to Spend Halloween in Niagara Falls