How to Move to Canada (and Top Cities to Live in)

It was only a matter of time before the world decided to swipe right when it came to Canada. And something tells us that Canada might see an upswing of Americans after November. Well, ex-pats, Canada is ready to say hello! Pick out a warm coat, take a shot of maple syrup, and let’s do a rundown.

How to Move to Canada

When you’re ready to trade Kanye for Drake and In-N-Out for Tim Hortons, Canada is ready. Not sure where to move? Come visit! Americans can stay in Canada for up to 180 days with a valid passport. When you’re ready to commit, pick your residency status—such as a Federal Skilled Worker—and fill out the paperwork. The Immigration, Refugees and Citizenship Canada will take it from there (though they’ve been oddly flooded with inquiries lately…). Once you’re approved, you’ll get a Canadian Permanent Resident card, and you’re good to go.

Top Places to Live in Canada 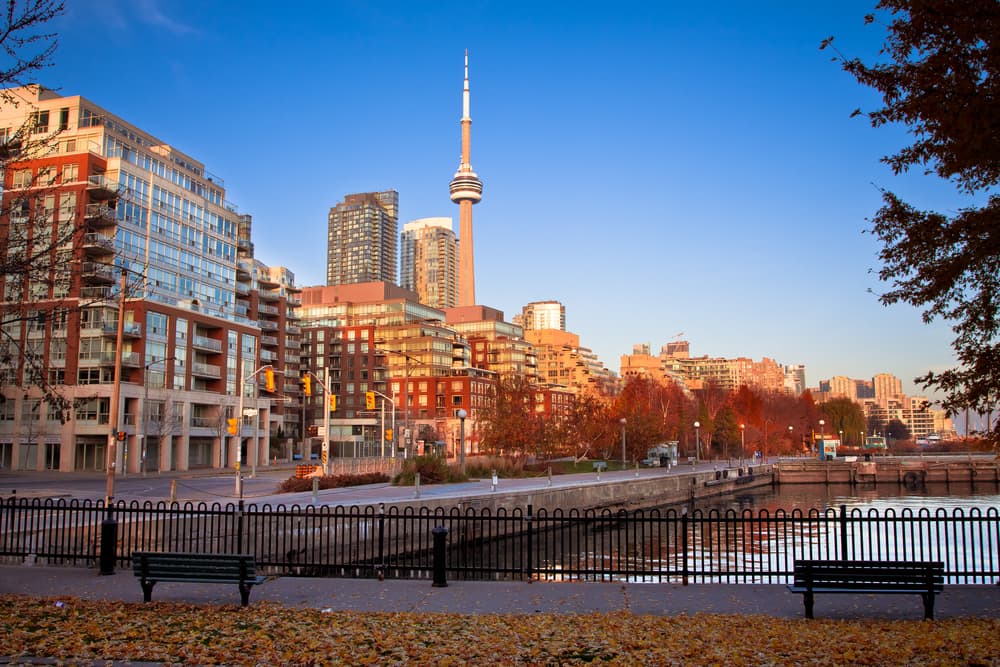 Toronto is bigger than Chicago and won’t get offended by your love of deep dish pizza. However, it’s happier with its authentic Chinese food, thank you very much (there are six Chinatowns in this city. Yes, six!).

But really, the food scene here is insane. Buca Yorkville, Bar Isabel, Alo Restaurant, and a little place called Joe Beef aren’t just popular amongst locals–they’re on the map for foodies from all over. Afraid you’ll miss San Francisco hipster restaurants? Check out the Distillery District. Plenty of exposed brick and mason jars here! And bonus: The drinking age in Canada is 18-19 years old, depending on the province.

Toronto is also a top pick for travellers and residents alike thanks to its art scene. Love shoes? Walk to the Bata Shoe Museum, which has over 13,000 pairs in its collection. The footwear ranges from Egyptian sandals to high-fashion platforms. Want more even more culture? The Royal Ontario Museum (the largest museum in Canada), is also a top spot to visit, and is home to thousands of natural history artefacts and art pieces.

And hey, if you already live in Canada and are just now realizing that you haven’t been up the CN Tower or explored St. Lawrence Market, get to it! Visit for the weekend and cross it off the list. 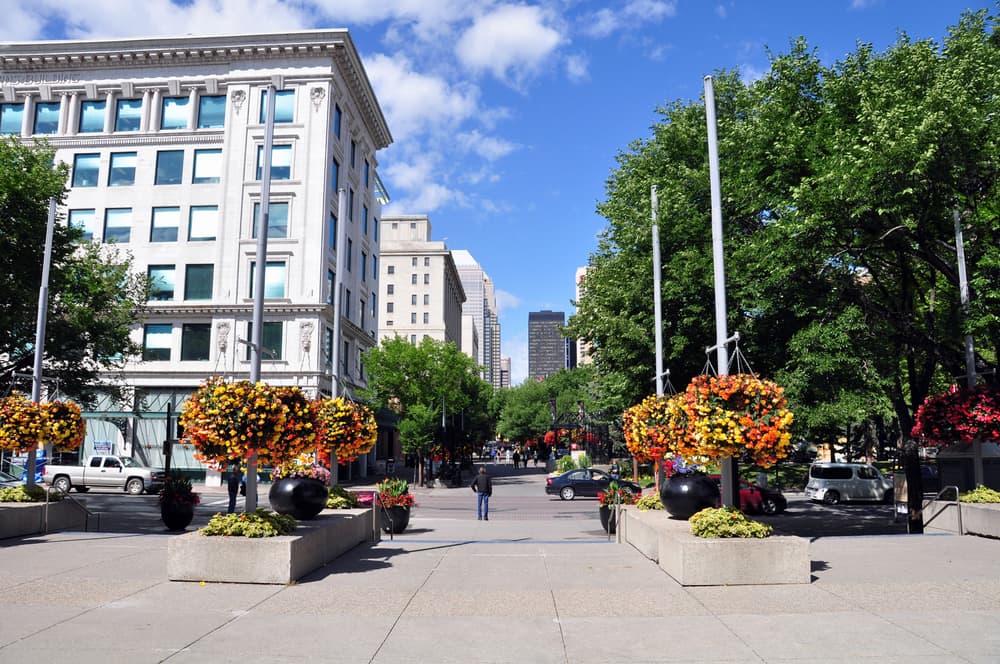 America ain’t the only place with hot cowboys (though Canada does lay claim to Ryan Reynolds and Ryan Gosling). Calgary, located in the Alberta prairies, is home to lassos, chiseled cowboys, and the best steaks in the country. Let’s say this together: YUM. It’s also routinely featured on most livable cities lists due to the high wages, low taxes, and solid safety records.

When you live here, you have a first-row seat to the biggest event of the year: The Calgary Stampede. The 10-day event features a rodeo, live music, parades, and agricultural competitions. More of a mellow kind of person? Sprawl out a yoga mat during the Calgary Folk Music Festival that happens each July at Prince’s Island Park.

Oh, and if you live here, you might want to invest in a Calgary Flames hockey jersey. The Flames made the list of the Best Canadian Hockey Arenas and have sold out every game since 2005. Don’t like hockey? Better learn, friend! Hockey IS Canada.

And if you are Canadian, when’s the last time you visited the prairies? Come for some hockey, bring the family to Fort Calgary, and ride up Calgary Tower for perfect views. 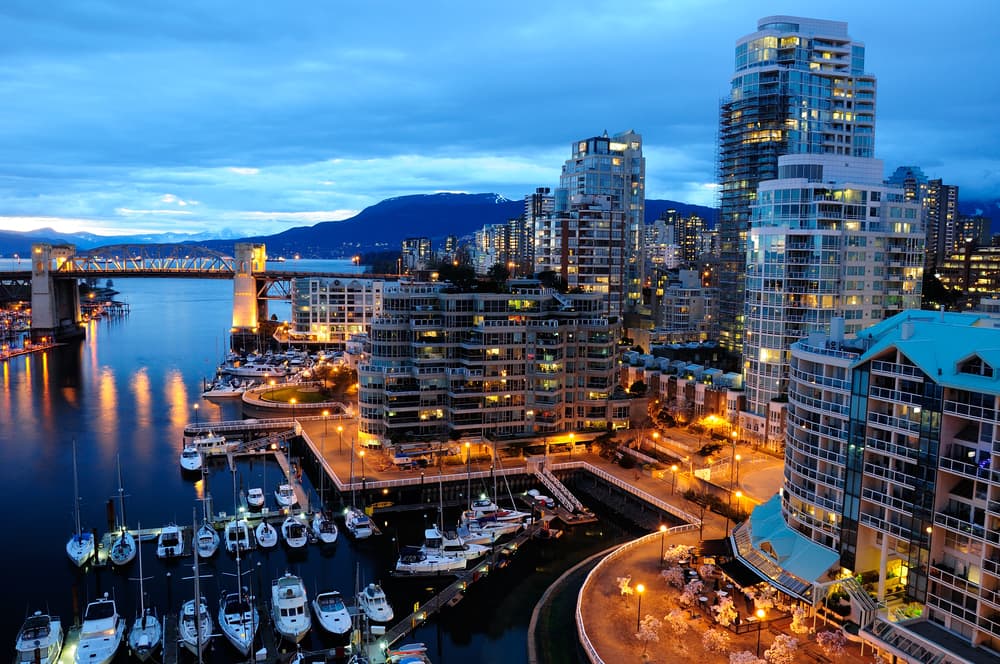 Vancouver is like that cool kid from high school who grew up to be…the coolest adult in the room. You want to hate but have to appreciate. It’s the largest city in British Columbia, and has a stellar reputation for balancing the martini life with a side of lumbersexual. It also has a strong economy, with employment in tech and international trade.

Love to eat? This is more than a Cheez-its® for dinner kind of town. Vancouver has a fierce food cart scene, especially with world famous Japadog, which puts Japanese ingredients (like seaweed) on hot dogs. Most of the best spots are close to another top attraction in the city: Vancouver Art Gallery. As a whole, Vancouver is on-point with the art scene, as it plays host to the ever-popular Fringe Festival and Vancouver International Film Festival.

Oh, and if you like things dirty, Vancouver is also an excellent outdoorsy town. Don’t miss cycling though Stanley Park, hiking to Capilano Suspension Bridge, and walking through Queen Elizabeth Park, to name a few options.

If you live in Canada and haven’t been to Vancouver yet, whatcha waiting for? Make some time to visit the Vancouver Aquarium, Kitsilano Beach, and any of the annual festivals. 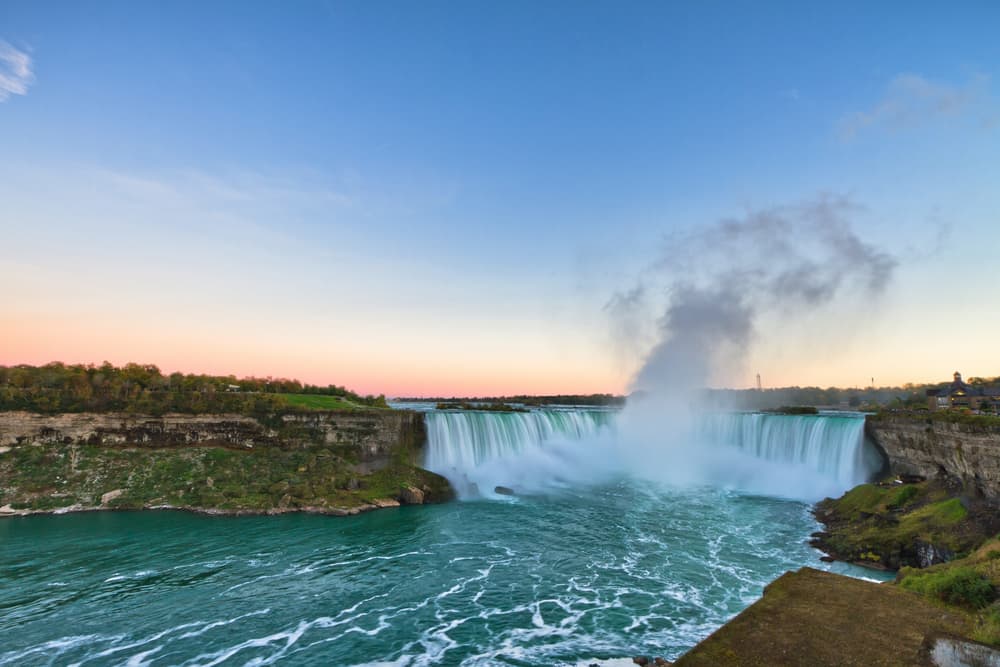 Niagara Falls is one of the closest Canadian cities to the border, so it’s easy to walk back when you get a craving for Shake Shack®. Aside from Niagara Falls themselves (the Canadian side is used in more postcards anyway), Niagara happens to be close to some of the best wineries on the east coast.

How much wine we talking? There are over 20 wineries near the Niagara-on-the-Lake region. Pop into well-known estates, like Reif Estate Winery, Between the Lines Winery, and Lailey Vineyard to name a few. Just think: Pretty views, lots ’o wine, and a romantic vibe. Niagara knows the good life.

If you’re Canadian and haven’t been to Niagara Falls yet, we have a question: seriously? Come on down! Check out Journey Behind the Falls, drink some vino, and if you want a little horror on your trip, check out the Nightmares Fear Factory and try not to get on the Chicken List. 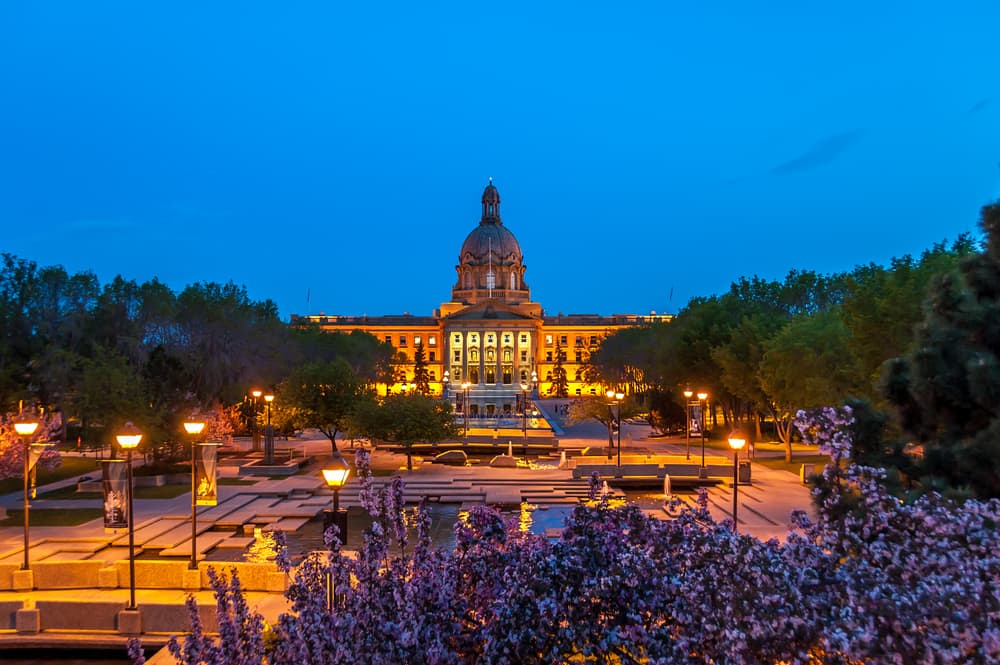 You didn’t forget about Edmonton, did you? Over the years, Edmonton has found itself on numerous “Best Cities to Live In” lists. High income, low unemployment, and a laid-back lifestyle are putting the city in the spotlight. The fact that it’s one of the sunniest places in Canada (with 321 days of sunshine each year) certainly helps.

Worried you’ll miss American football? Clearly you’ve never heard of the Edmonton Eskimos and the Canadian Football League. The rules are a tad different, but the rough and tumble is the same. Or you can hit an Edmonton Oilers hockey game and scarf down a local pierogi while watching grown men pummel each other.

If you live in Canada and haven’t been to Edmonton, add it to the to-do list. The West Edmonton Mall is still one of the largest malls in the world and Whyte Avenue in Old Strathcona has some of the best boutiques in the province.

Whether you’re moving to Canada to avoid a certain orange elephant in the room or are travelling around the country as a native, there’s a ton to see. Hightail it to Canada—just watch out for the moose in the road!

Previous post Try your ‘Luck of the Irish’ in Vegas