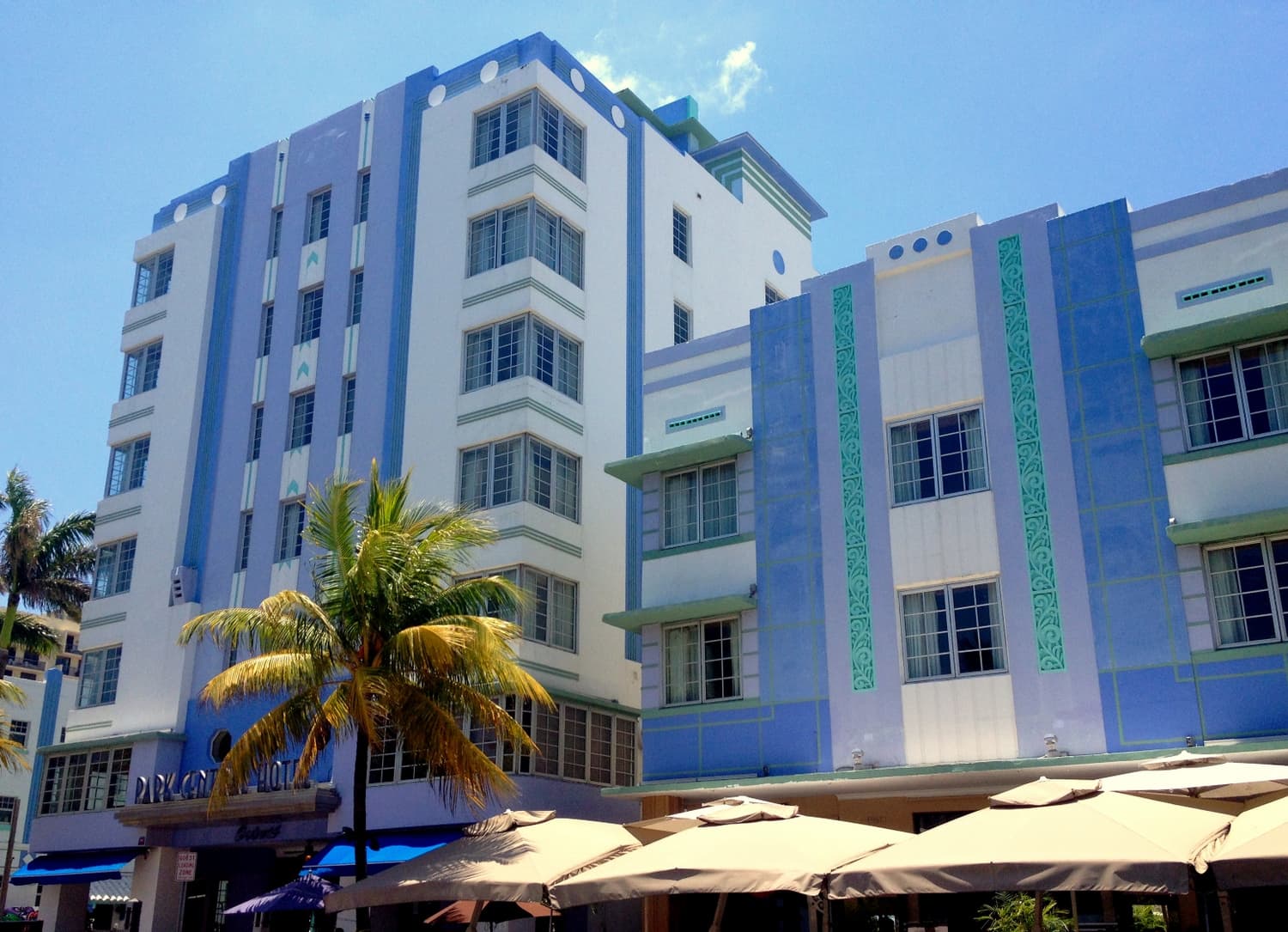 Perhaps Miami’s most distinctive feature (after the ocean and Dexter Morgan), the historic Miami Beach Architectural District doesn’t fail to impress. Often nicknamed the “Art Deco Playground”, South Beach truly is a living postcard of Miami – Ocean Drive’s skyline alone must have been featured on television and magazines over a million times!

But as it turns out, there is much, much more than meets the eye in this eye-candy, rainbow-colored neighbourhood, hence why I opted for a guided tour with the Miami Design Preservation League — a non-profit organization devoted to promoting the district’s cultural and architectural integrity. This tour is a must for both architecture buffs and neophytes as it offers an insightful look on not only the district’s, but also the city’s, history, development and contemporary challenges.

The First of its Kind

Miami’s Beach Art Décor District was the first 20th century neighbourhood to be recognized so early on by the National register of Historic Places, which normally only considers buildings that are over 50 years old. But South Beach’s exceptional ensemble, which consists of over 800 properties built between 1915 and 1940 and painted in every pastel hue possible, held such significance in Miami’s development that it couldn’t be ignored despite its relatively young age. Exceptional circumstances justify exceptional measures.

What is often referred to as Miami’s Art Deco District doesn’t exclusively consist of this specific type of architecture. While very present, Art Deco (1930s) is just one of the three styles that visitors can admire in South Beach – the two others being Mediterranean Revival (early 1920s, easily recognizable with its clay barrel tile roofs, purely decorative columns and arched windows, for example) and Miami Modern (1940s and post-war, usually feature mosaic murals, asymmetric angles and open balconies), each with its own distinct set of particularities.

The reason why Miami’s South Beach is so wealthy is because it used to be (and still is, in certain regards) quite popular with prosperous vacationers with a taste for high end, well, everything. Often called the American Riviera, houses were built in accordance with European trends of the time, be it lavish Mediterranean villas or Art Deco splendours, inspired by the sought-after Paris International Decorative Arts Fair in 1925. These people wanted the very best, la crème de la crème, and because they had the means to get everything they wanted, they did.

From Riches… to Richer Riches

“I don’t care if it’s Brooklyn or Baroque, just get me plenty of glamour and make sure it screams luxury.” declared Harry Mufson, the owner of the now-iconic Eden Roc hotel.

Most buildings in South Beach were designed by prominent architects Henry Hohauser, Morris Lapidus and L. Murray Dixon – most hotels are, in fact, named after their eldest child. These hotels are filled with subtle details that only an expert could point out, like the lines in the terrazzo floor pointing to the bar during the time of prohibition, or the general aesthetics of a specific architectural genre, like the wavy-looking rail guards, an obvious echo of the nearby ocean.

But alas, the most unique area in the United States fell into disrepair after the 1950s. The Miami Design Preservation League was then formed through the efforts of Barbara Baer Capitman and designer Leonard Horowitz as part of their project for the United States bicentennial. They identified a concentration of 1930s buildings in South Miami Beach that they felt could be a historic district of 20th century architecture, a novelty at the time, since the district was technically too young to be registered as historic.

Today, the Miami Beach Architectural District is one of the most popular attractions in the city and in the country, fascinating millions of visitors every year. Whether you are in town for a day or a week, visiting this highly photogenic neighbourhood is a must!

Is the Art Deco District on your Miami bucket list?