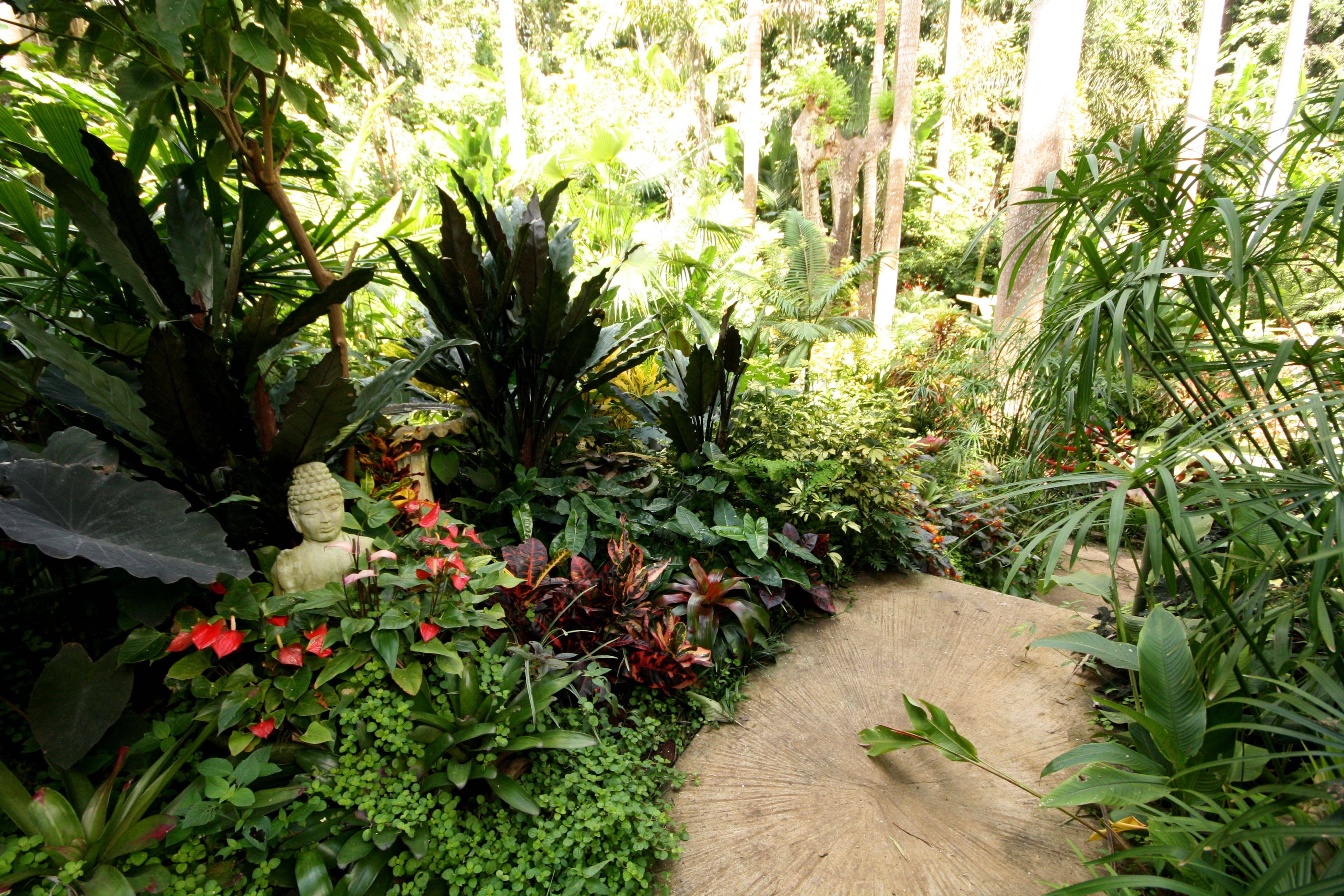 Sometimes the beauty of a place separates it from the competition. Sometimes it’s the food. For me, what makes Barbados particularly special is an eccentric Englishman of a certain age who runs a garden high in the hills.
On my first visit to this Caribbean island five or six years ago, I wanted to check out some gardens I’d read about. I visited Orchid World, Andromeda Gardens and more. But I fell in love with Hunte’s Gardens, a lovingly arranged spot in the hills of St. Joseph’s Parish, west of Bathsheba. 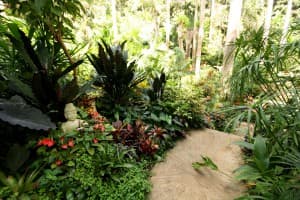 Hunte’s Gardens is a magical slice of Barbados.

The owner, Anthony Hunte, was busy setting up for a wedding so I helped him move some chairs around on a lawn that’s set deep in a thickly shaded ravine filled with glorious birds of paradise, brilliant pink-red ginger and other ravenously beautiful flowers. After wandering around for a while and admiring his Buddha statues and intimate pathways, Hunte invited me to his home, which is filled with furniture he’s gathered from around the world and has several rooms open to the elements, giving the place a kind of Swiss Family Robinson meets antique store feel. He poured me a glass of homemade lemonade and we chatted about gardens and family and life.
Fast forward to a few months ago. I hadn’t had a chance to visit Hunte’s Gardens on a four-day trip, but pulled up to his front gate on my final day on the island.
I wandered inside and saw Hunte chatting with a couple of young girls. After they were finished, I walked up and said hi.
“You wouldn’t remember me, but my name is Jim and I was here writing a story a few years ago.”
Hunte is probably in his 70’s by now. He looked at me and smiled.
“You work in Toronto,” he said. “You came here and helped me set up chairs for a wedding. Then we had a glass of lemonade.”
I was overwhelmed. And more than a little chuffed, as the Brits used to say.
After he showed me his garden improvements, including a dramatically exposed old quarry wall dripping with vines, we again repaired to his treehouse-like family room and sipped his homemade lemonade, this time adding in a sip or three of local rum that was bottled in his honour.
It’s hard to beat that kind of travel experience. But I’ve found Barbados to be an absolutely marvellous destination, with beautiful beaches and silky aquamarine water, rugged caves you can explore on foot, wonderful food, family friendly resorts and a couple of world-beating golf courses. 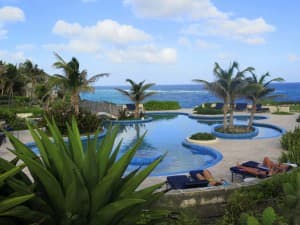 The swimming pools at The Crane Resort in Barbados are sensational.

My last trip began at The Crane Resort, in the southeast corner of the island near the airport. It’s got class to spare and a wonderful beach for swimming and body-surfing, as well as one of the Caribbean’s prettiest swimming pool complexes; a multi-tiered affair that spills down the side of a gentle hill. There’s a great variety of units, and there’s a variety of restaurants. You’re also a short walk from a fantastic sandwich place called Cutter’s, where they make a mean flying fish sandwich and also are known for an award-winning rum punch that will knock your Bermuda shorts off. No less an authority than Jimmy Page of Led Zeppelin has been spotted here, as well as Mick Jagger and other celebs.
The Crane makes a reasonable base for visiting Oistin’s for the famous Friday night fish fry; a parade of colour and sound and sizzling coals where you can dine in style for just a few dollars (and likely have food to spare). Canadians seem to love xxx, bar, owned by Ottawa Senators owner Eugene Melnyk. They show plenty of hockey games in winter with an obvious preference for Sens over the Leafs or Habs or other Canadian teams, so be forewarned. 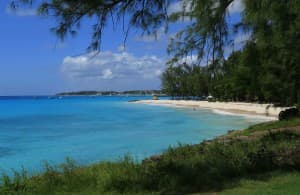 Miami Beach, also known as Enterprise Beach, is one of the prettiest in Barbados.

One of the island’s best beaches, Enterprise (also known as Miami), is not far away, with its brilliantly coloured water, creamy sand and, more often than not, a fun, bright yellow food truck called Mr. Delicious with great rum punches, sandwiches and curries.
I love the drive north of The Crane along the rugged east coast, taking in the village of Bathsheba and its endless beaches and quirky rock formations. It’s definitely a taste of old-time Barbados, far away from most of the foreigners and posh resorts. Not that there’s anything wrong with those.
At the far north end of the island is Animal Flower Cave, where you won’t find many flowers and where the only animals I spotted were tourists. Still, it’s a fun walk into a large cave with shallow sea water and a nice pool you can swim in. Great views of the coast, too.
The west coast has the sunshine, as The Beach Boys once sang, and also the best hotels, beaches and shopping and golf. 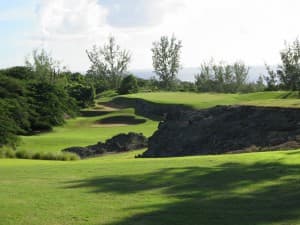 Royal Westmoreland is a gorgeous golf course on the west side of Barbados.

The Green Monkey is a fabulous golf course that’s associated with the posh Sandy Lane resort, one of the best on the island. A little more approachable is Royal Westmoreland, where I found more green monkeys than on the course named after the critters. Royal Westmoreland features glorious holes, each with at least a partial view of the Caribbean. Some holes are carved out of an old rock quarry, and there are challenges galore on a course that’s harder than it looks.
The Royal Westmoreland Resort has wonderful villa units for rent, some with a private pool. And it’s only a five-minute drive down to their private beach, a golden stretch of sand with marvellous sunsets and a fun, lively beach bar called Mullins, where you might find a group of grizzled musical vets belting out rock and blues tunes as the sun melts into the Caribbean.

Previous post The Riviera Maya: What to Do in the Off-Season

17 Must-Experience Festivals in Canada in 2017