A Helicopter Tour Over the Grand Canyon 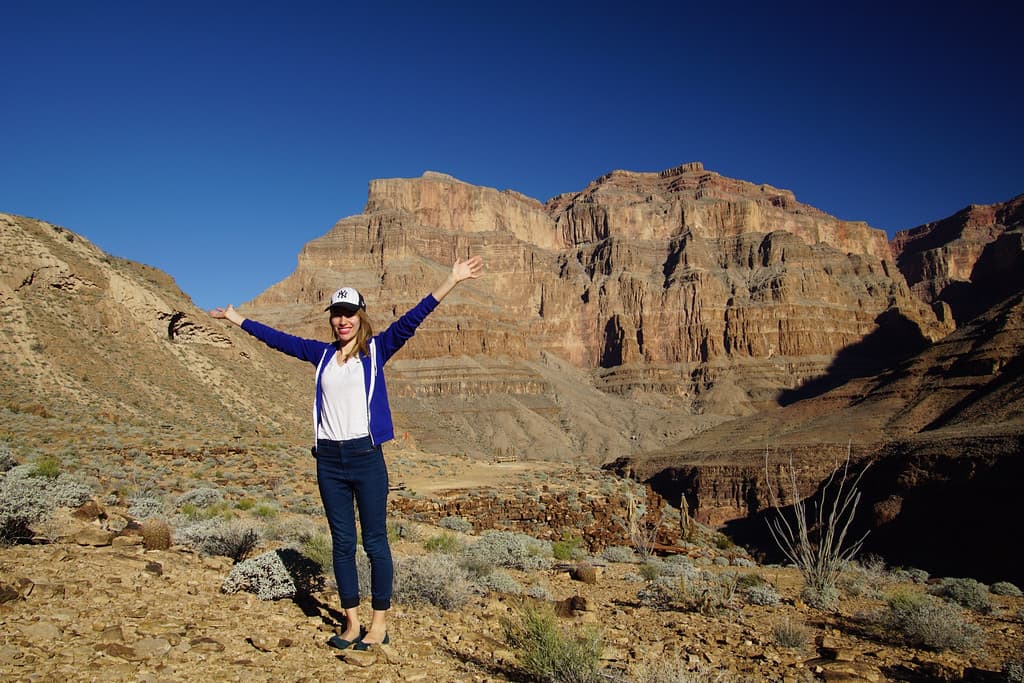 One of the highlights of my weekend in Las Vegas was taking a helicopter tour out to the Grand Canyon. This natural wonder is 446 kilometres long, 1.83 kilometres deep, and its width ranges from 6.4 to 29 kilometres. In short, it is a sight to behold!

While the Grand Canyon is located in the state of Arizona, it is still an incredibly popular site with travellers to Las Vegas. The journey to the South Rim takes upwards of 4 hours if done by car, but it’s even more accessible when done by helicopter. Since my husband and I only had a few short days in the city, we decided to join the Wind Dancer Tour with Maverick Helicopters. The experience was nothing short of magnificent and it left a giant grin plastered on both our faces.

Here are a few photos from that unforgettable flight: 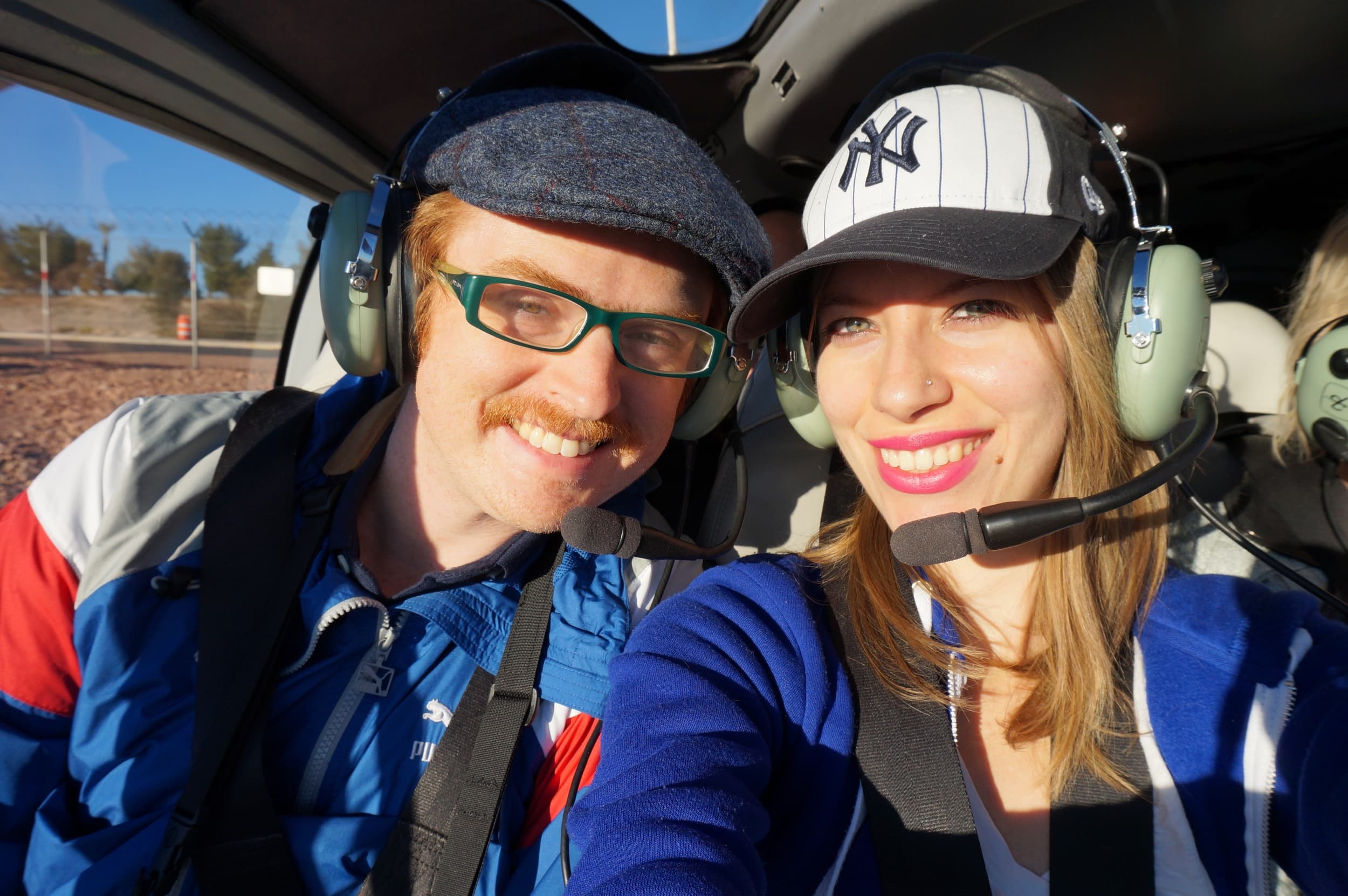 We were picked up from our hotel and driven to the airport, where we received a brief orientation before hopping on the helicopter. Each passenger was equipped with a headset and microphone so that we could communicate with each other during the flight. 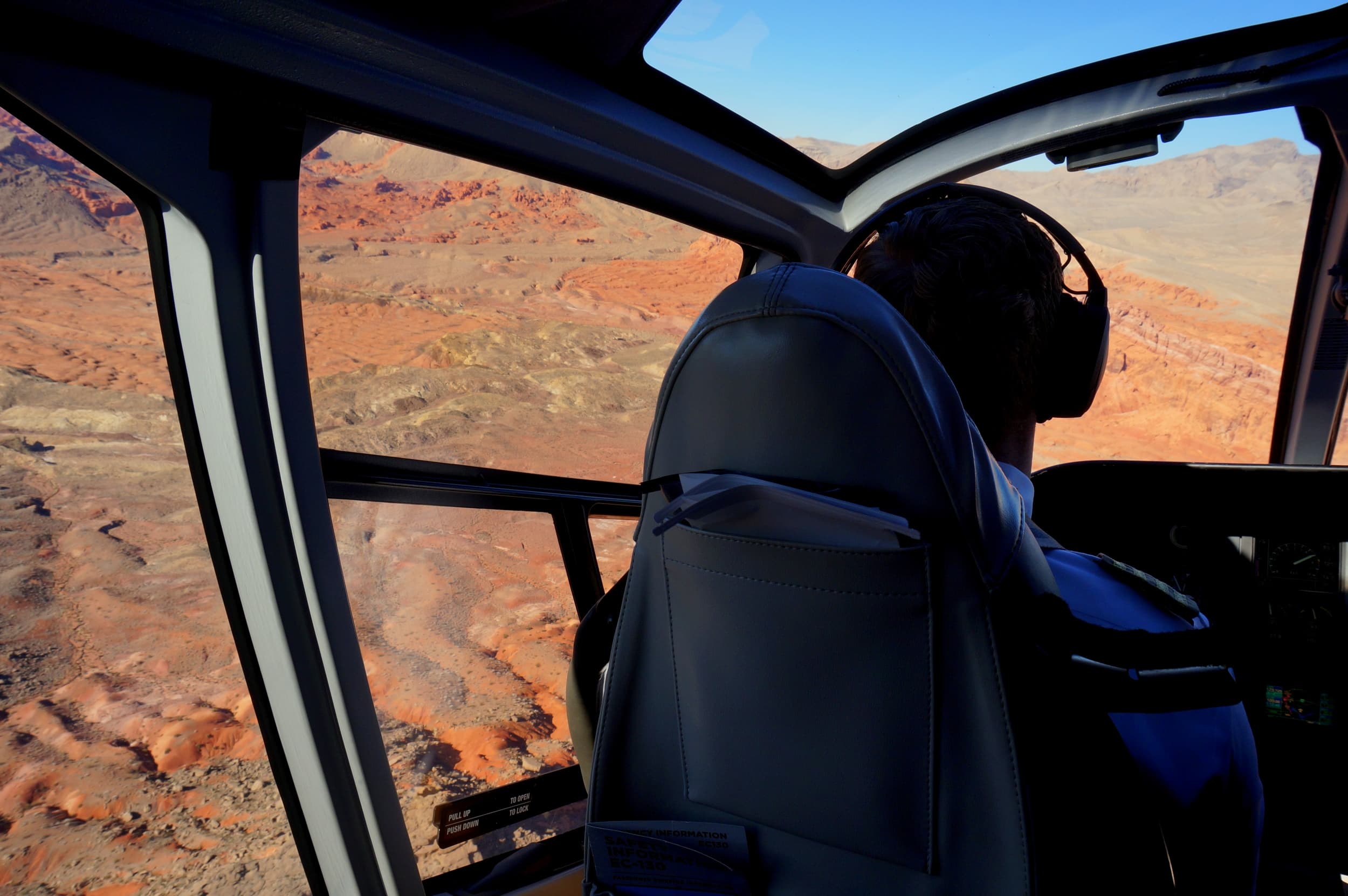 Our pilot put on some music and we set off like birds into the sky. He had an epic playlist and the songs were so fitting for the magnitude of the sights beneath us. 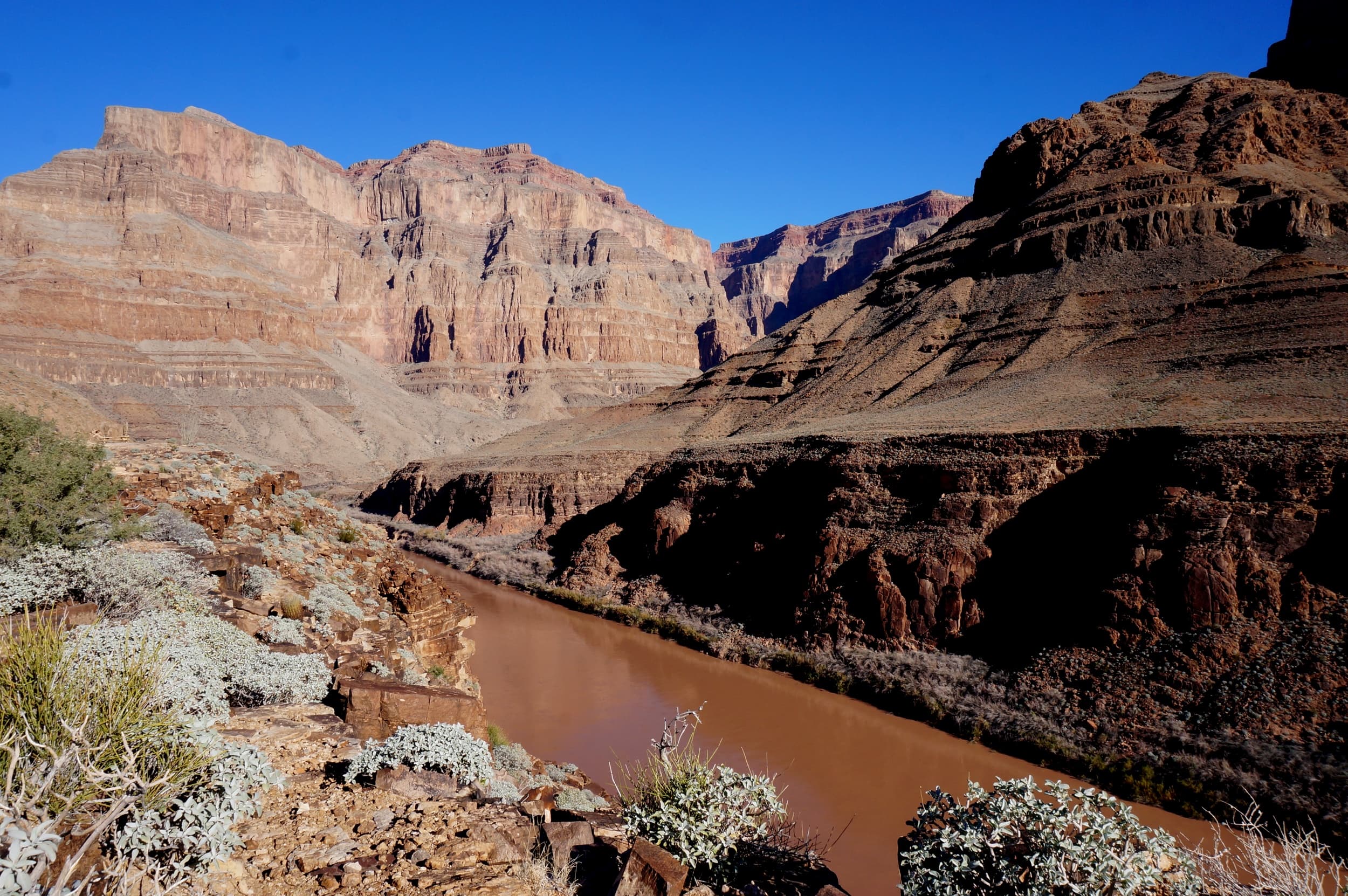 On the way to the Grand Canyon we flew past the Hoover Dam, Temple Rock, and Fortification Hill, which is an extinct volcano. Once we reached the canyon, we slowly descend into its depths and followed the chocolatey waters of the Colorado River all the way to our landing spot. 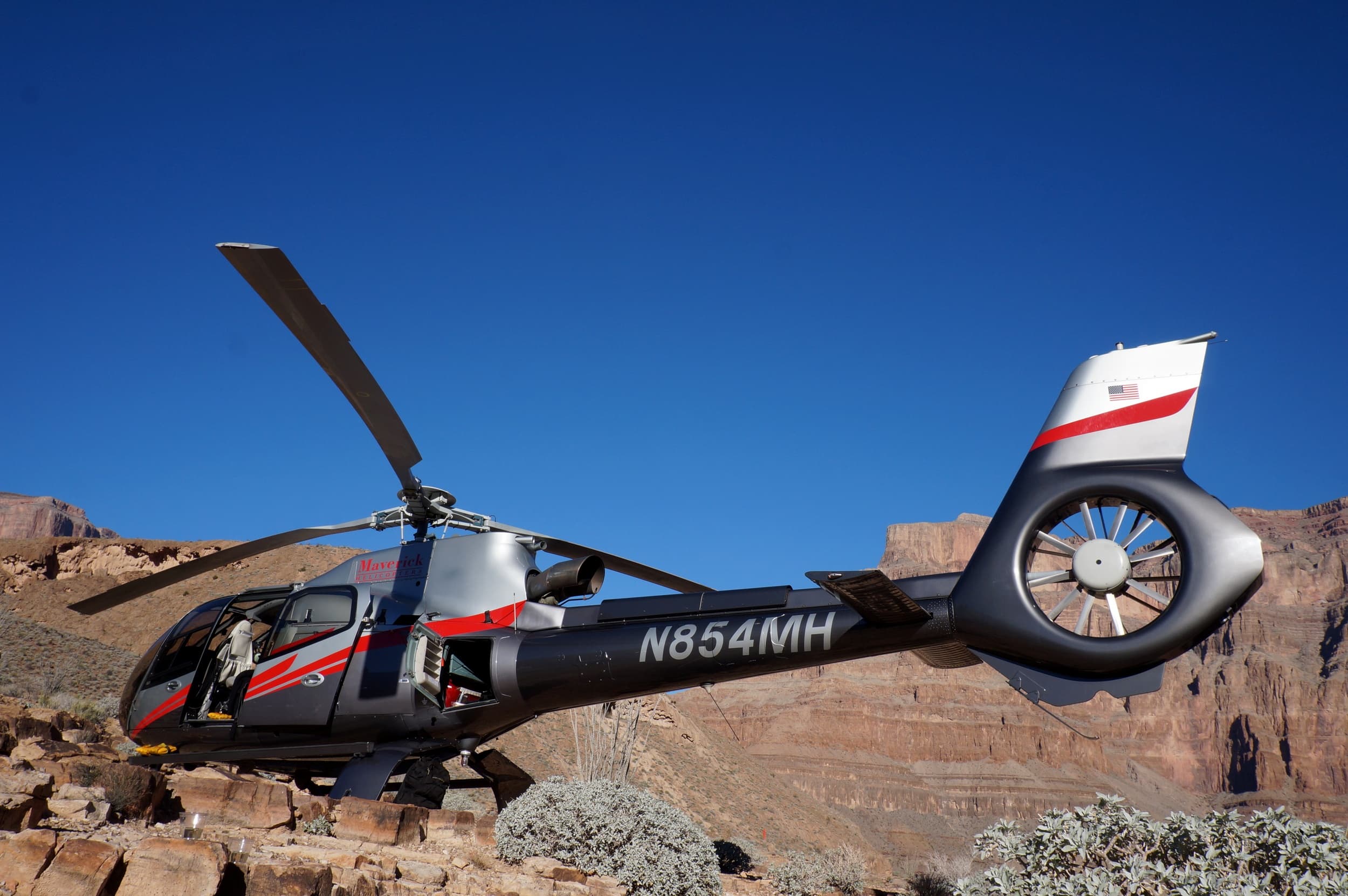 We touched down at a private landing area on Hualapai Indian Territory. 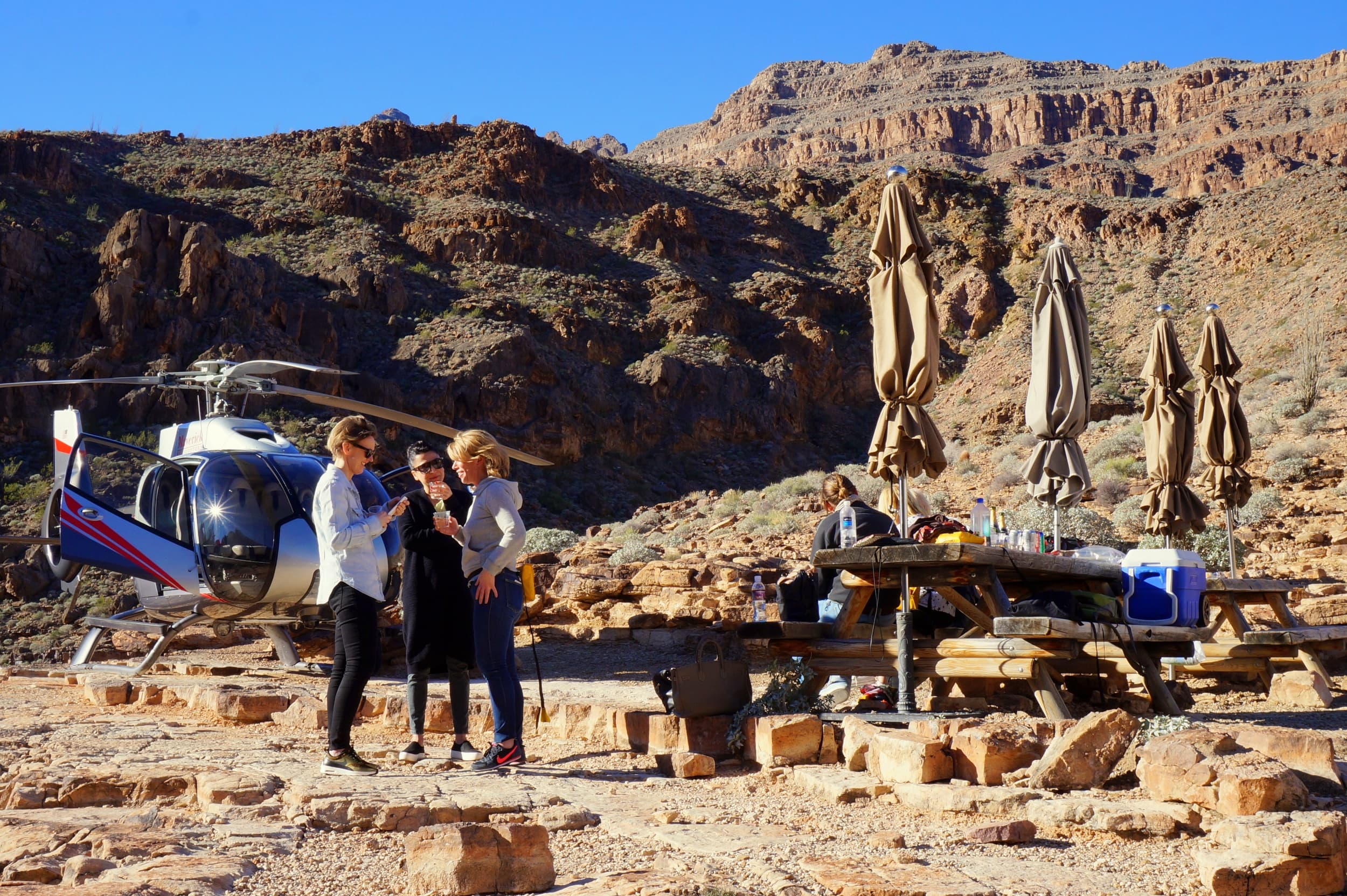 We then enjoyed a champagne toast and some light snacks. Seeing the Grand Canyon is one of those once-in-a-lifetime experiences worth celebrating with some bubbly. 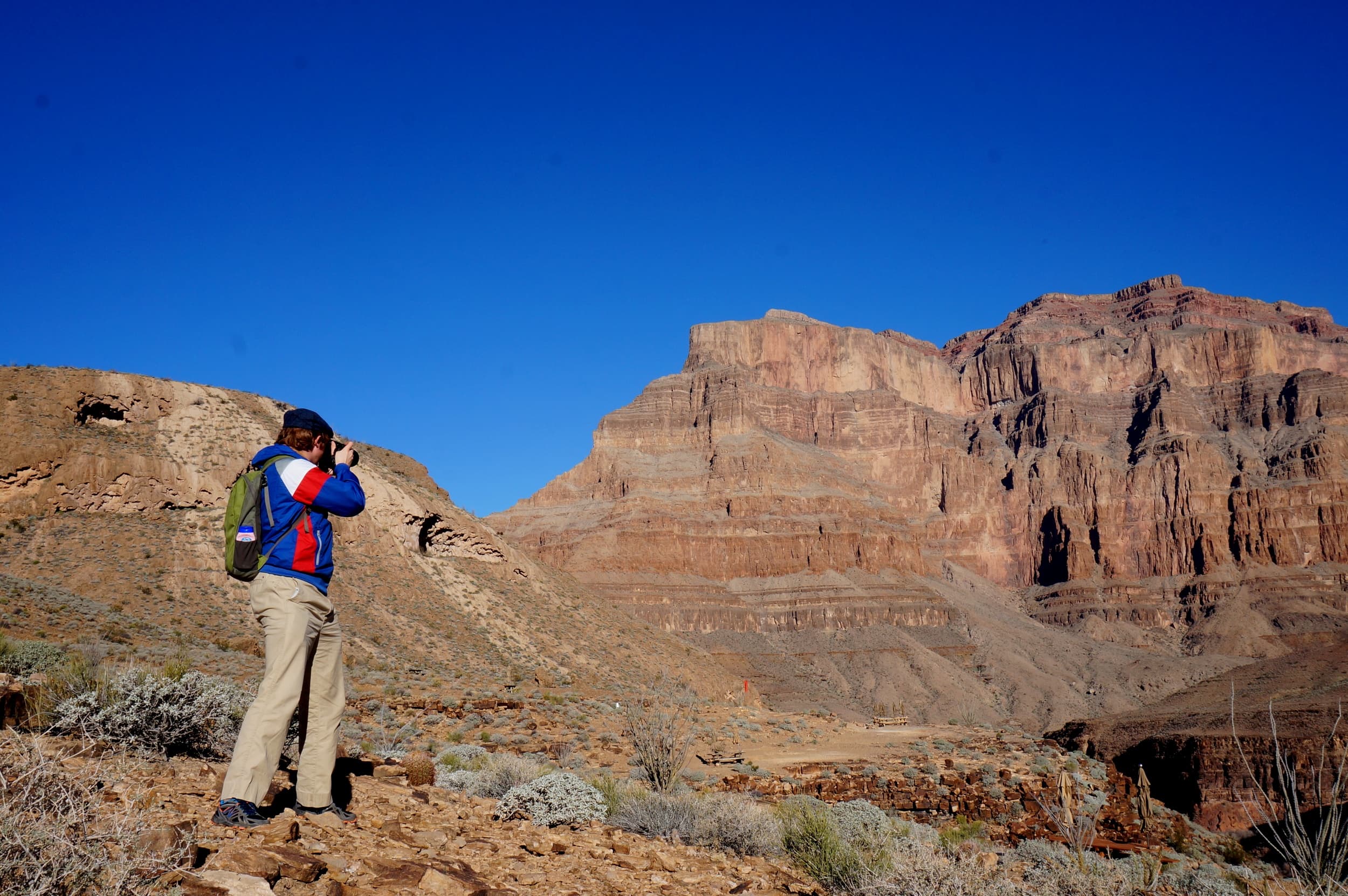 After the toast we had some free time to snap as many photos as we wanted. We then put down the cameras and actually enjoyed the moment with our own two eyes. 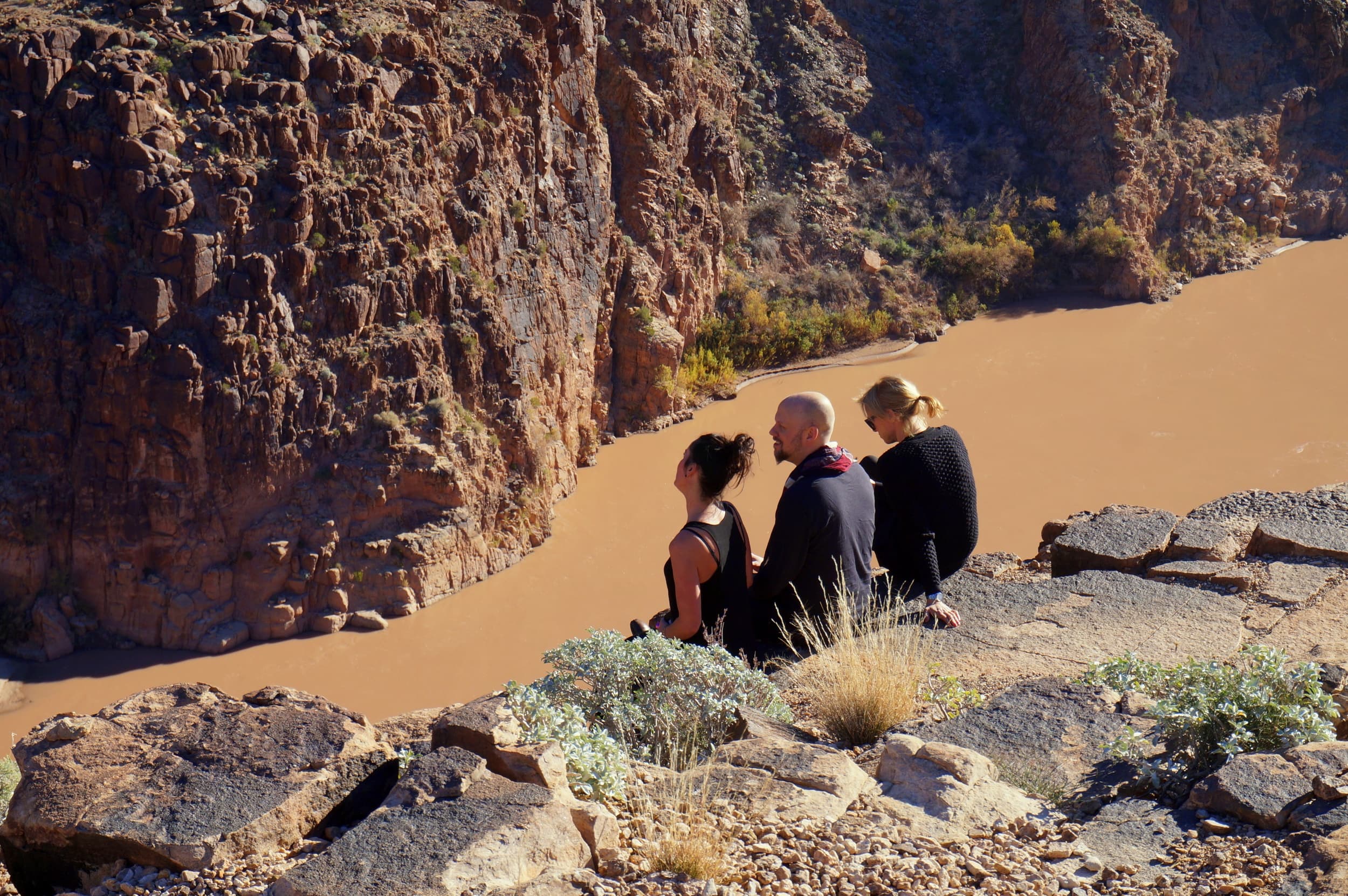 Living on the edge. Our fellow travellers take a moment to enjoy the views of the Colorado River and the surrounding Grand Canyon. 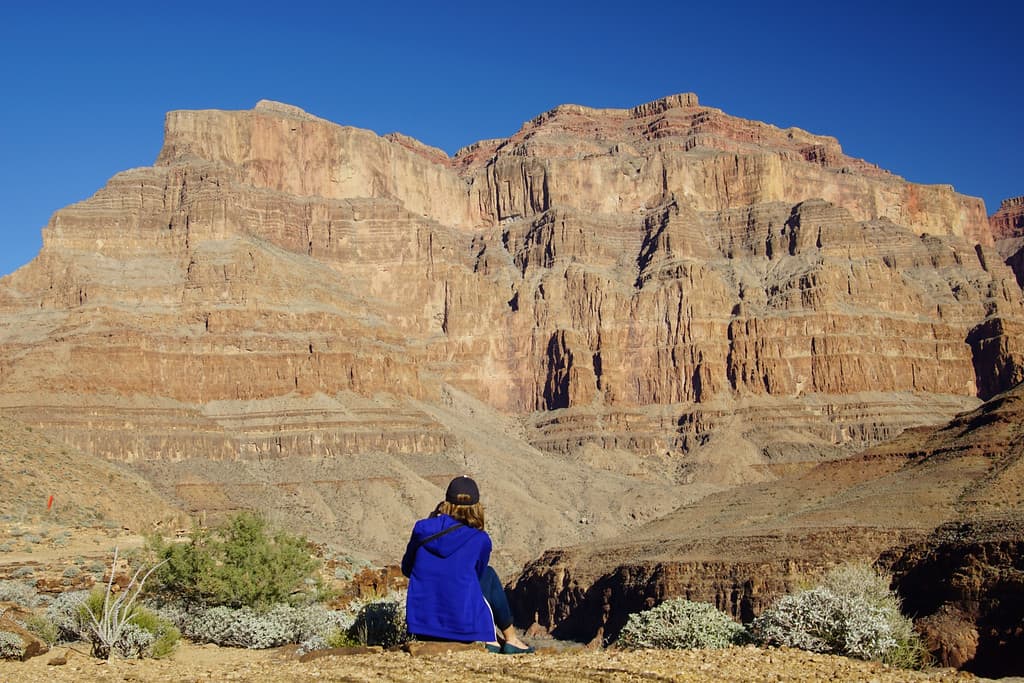 A quiet moment of contemplation. Being surrounded by these towering walls of rock can make you feel so tiny. The sheer size of the Grand Canyon is difficult to convey until you’ve seen it from above and descended into the heart of it. 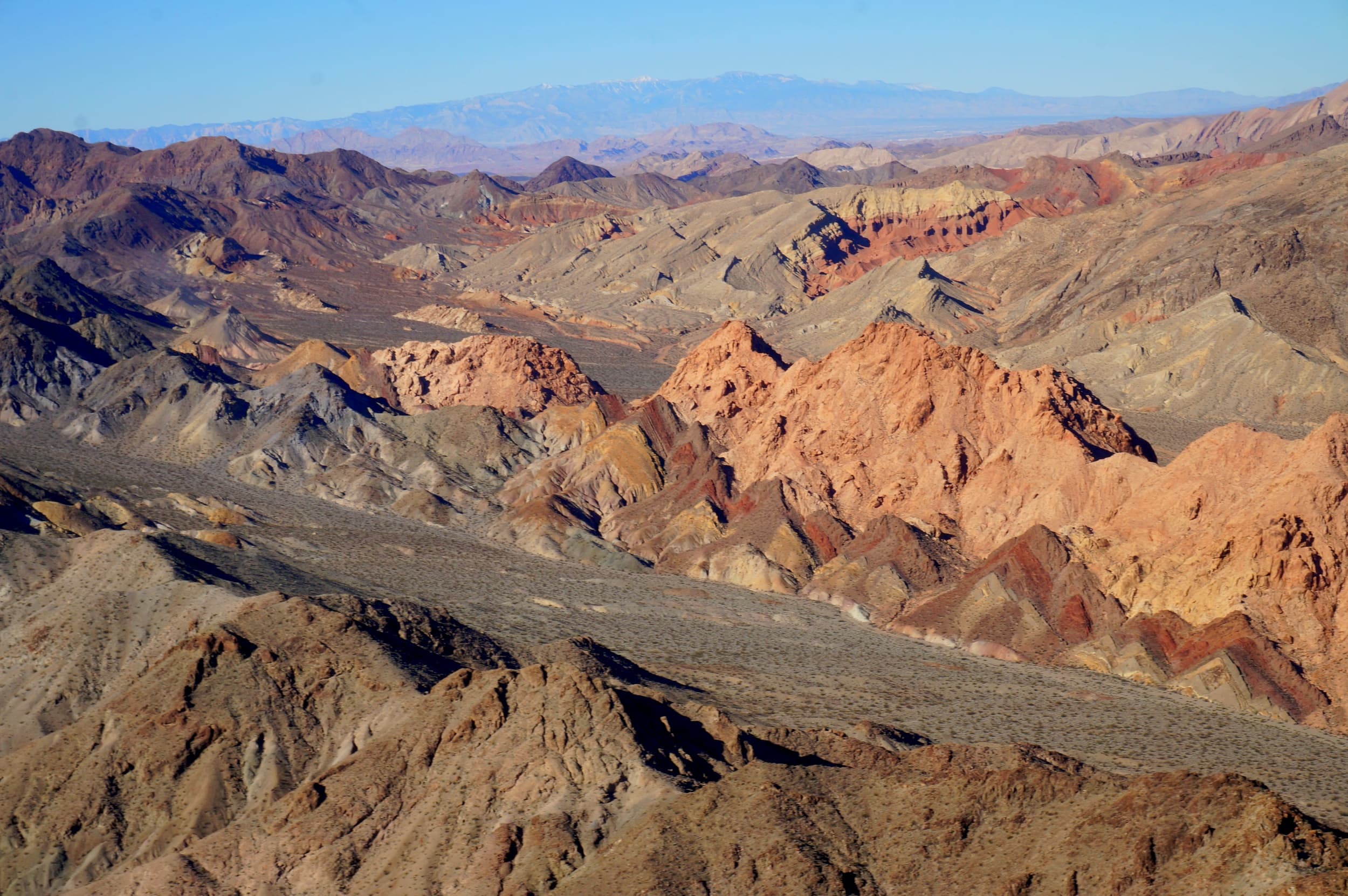 Some of the views on the flight back to Las Vegas. Have you ever seen so many different shades of earth in one place? 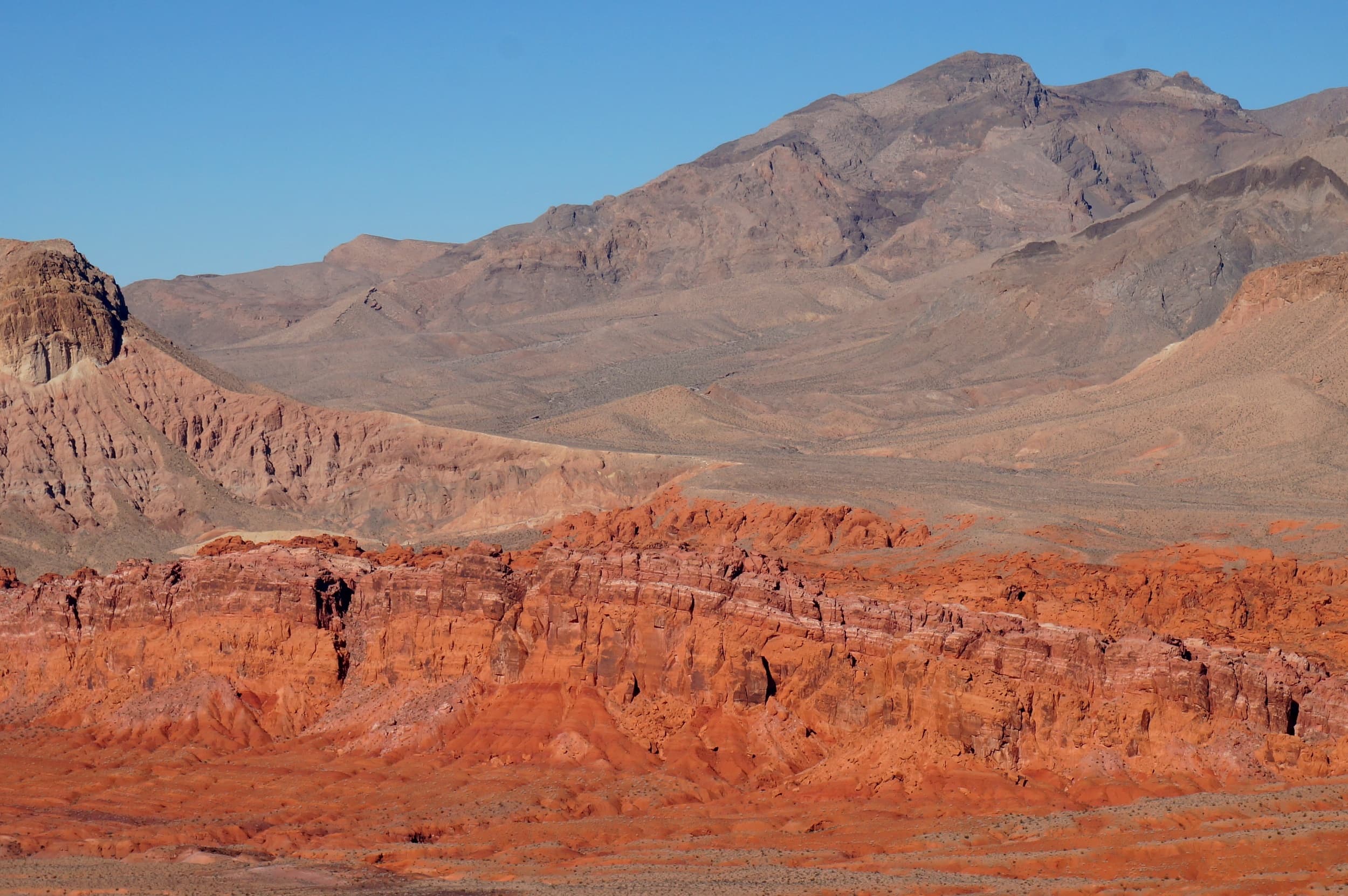 The return flight was perhaps even more scenic than the one there. We flew over some otherworldly landscapes including the red rock formations of the Bowl of Fire and the Wild Pinto Wash. 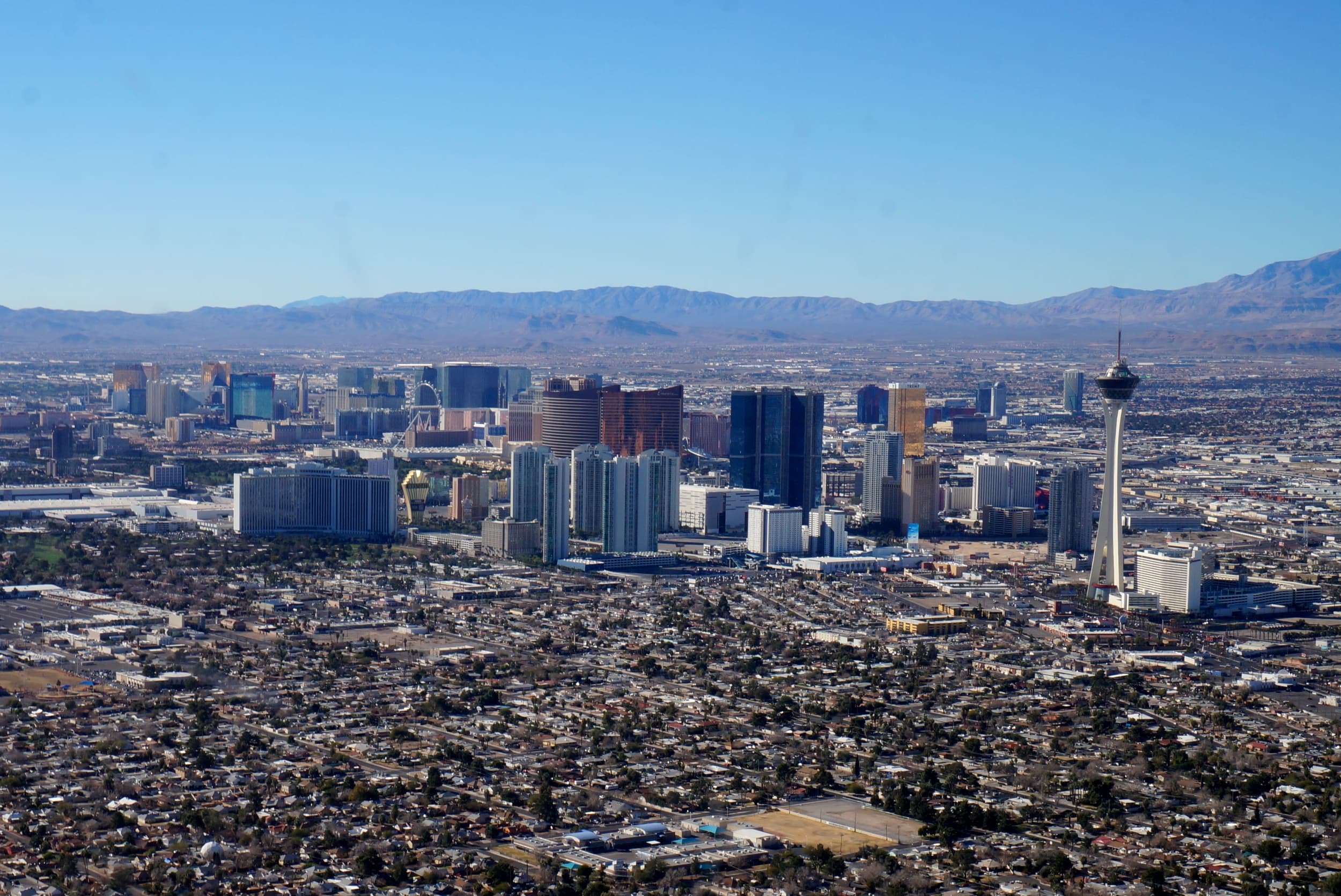 Once we reached Las Vegas, our pilot flew over the Strip and we all got a good look at the hotels and casinos that line Las Vegas Boulevard.

Our helicopter flight was an unforgettable experience that got us hooked on seeing a destination from above. I think we’ll be taking a lot more helicopter flights when we travel! If you enjoyed this post, you can read more about my trip to Las Vegas here.

Have you ever been to the Grand Canyon?

Las Vegas for the Weekend 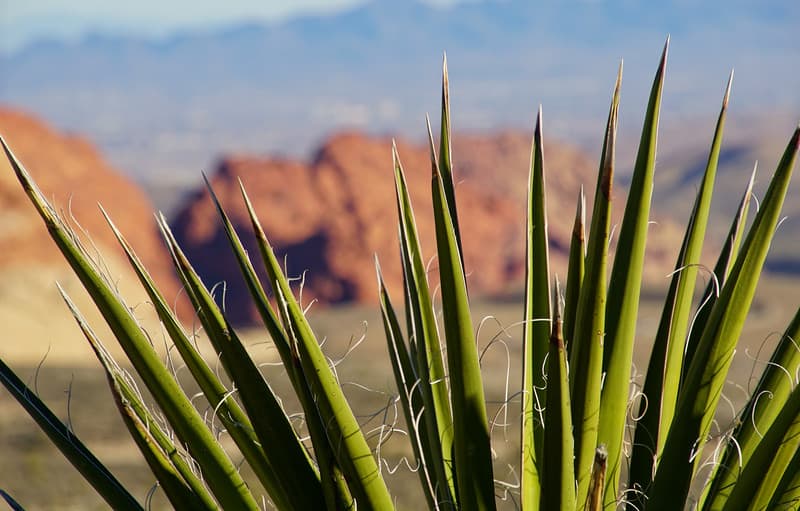