From Florida to Europe to Down Under, a Beach for Every Type of Traveller 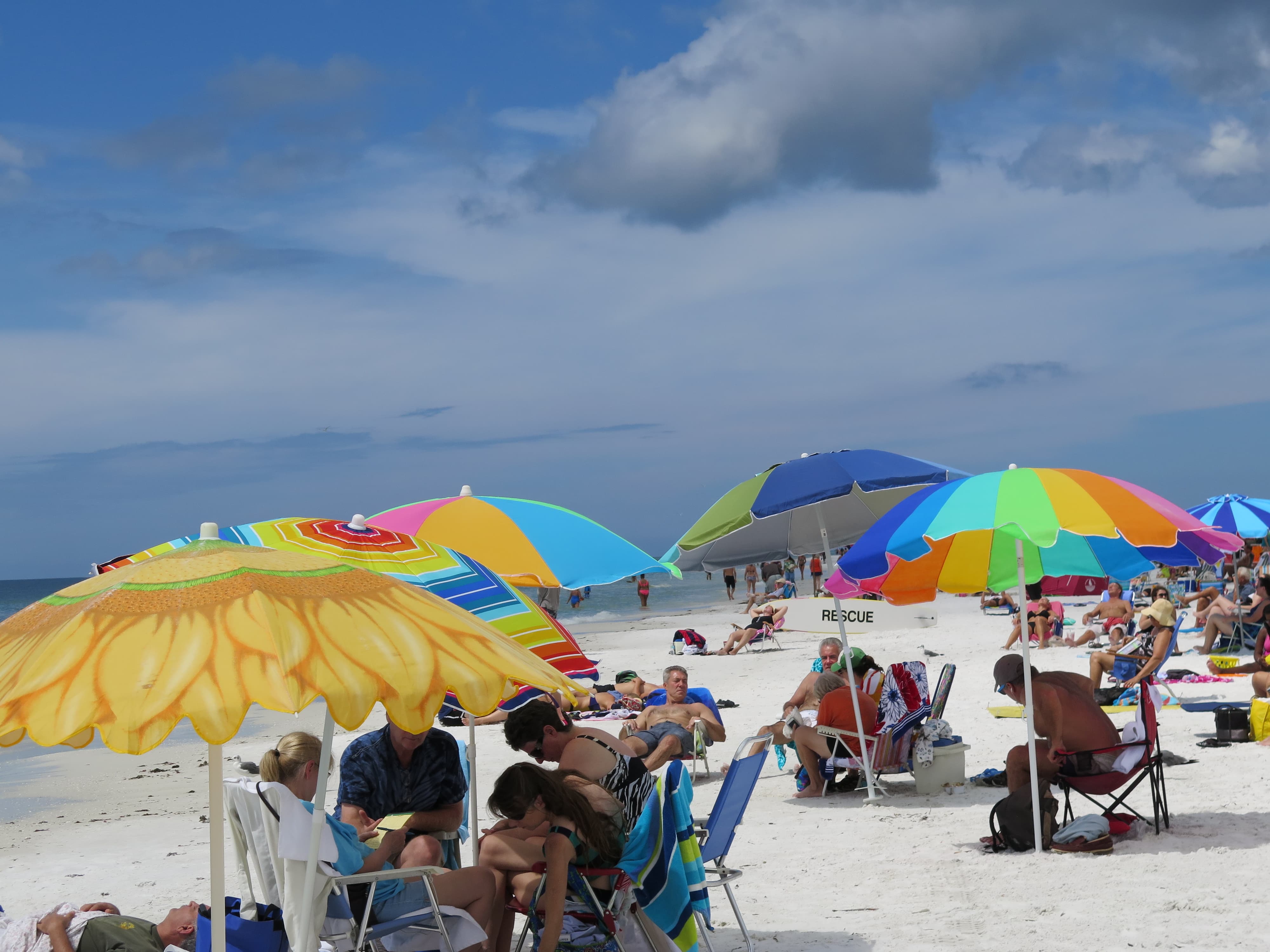 It’s that time of year when we Canadians dream about the white stuff. Meaning, nice, fluffy, white sand beaches where we can snuggle our toes and sip a cocktail or two and enjoy the sunset.

In no particular order here’s an assortment of some of my favourite beaches around the world, along with a couple I’ve only dreamed about. 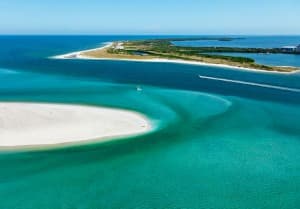 Best beaches for shell seekers: The Gulf of Mexico side of Florida has some of the world’s top options, with buckets of shells piling up every day from the warm, shallow waters of the gulf. I’m partial to Caladesi Island, just north of Clearwater Beach and a few minutes from Tampa/St. Petersburg. Added bonus: The Blue Jays spring training (yes there will be a spring this year) site is in nearby Dunedin, a great town in its own right. I also love Siesta Key Beach in Sarasota, which goes on approximately forever. Others swear by Captiva and Sanibel Islands, a little south. 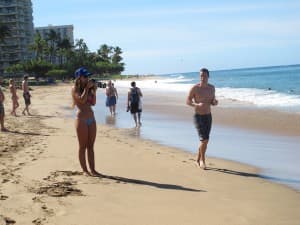 Best beach for showing off: The long strip of paved pathways between the Sheraton Maui and the Westin Maui on Kaanapali Beach has become famous for folks who preen and parade about in their finery. Or lack thereof. So much so that many people now refer to this stretch of sand as “Dig Me” Beach. Added bonus: good bodysurfing in winter, fabulous snorkeling near Black Rock and great diving off Black Rock, although caution is required. Double added bonus: They do a torch-lighting and cliff-diving show every night at sunset at the Sheraton. You can buy a drink and watch or catch the action for free by simply standing on the beach.

Best beach for showing off even more: South Beach in Miami. They take things to a whole new, designer “fresh in from New York or Paris” level here. Pretty people who stay at pretty boutique hotels (and pretty high prices) slink their way up and down the boulevards of South Beach on a daily and nightly basis. You might even find barely there bikinis on some of the hostesses at a few of the bars. We were there on a family trip a few years ago, when my youngest son was maybe 12 years old. He and my wife were playing football in the ocean when a couple of young women nearby shouted, “Let’s get naked,” and whipped off their tops This has remained one of my son’s favourite beaches ever since. #surprise

Best beach for really, really, really showing off: I’ve never made it to Brazil. But you don’t need to have strolled the sands of famous Ipanema Beach to know about the dental floss-thin bikinis and the buff bodies of the women and men playing soccer or volleyball on the sand. Definitely something for the bucket list, although personally I’d rather see Sugarloaf Mountain and the statue of Christ the Redeemer.

Waikiki Beach is an ideal place to learn to surf.

Best beach for the aspiring surfer: Waikiki Beach in Honolulu is simply amazing. Not only is it beautiful and warm and tropical and relatively easy to get to, but it’s got almost the perfect conditions for a surfer who’s just starting out. The waves are consistent, day and night. They’re big enough but too large or scary. They roll on forever; sometimes for a few hundred yards. There’s almost no reef to strike your head or hands on. And there’s virtually no undertow. On top of that, you’ll find excellent instructors such as Joanne Howard from Gone Surfing Hawaii. 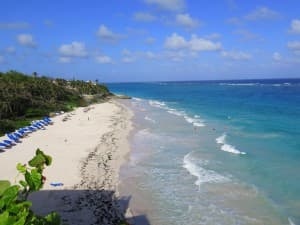 Crane Beach at Crane Resort is a fantastic swimming and bodysurfing spot in Barbados. 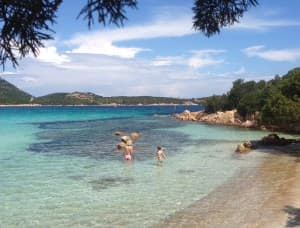 Sardinia has dozens of fantastic beaches to choose from.

Best European beach: I’d gladly take any of several marvellous stretches of sand I found on the Italian island of Sardinia in a trip earlier this year. There were hardly any major buildings in sight on most of them; just sand and warm, clear, bright blue water and a wide range of people; fat, thin, pretty, not so pretty, young and not so young. On top of that you’ll find smart hotels, as well as the interesting, underrated capital of Cagliari.

Best beach for the stay-at-home Canadian: It’s not the best time of year for southern Ontario’s marvelous beaches. Ditto for the great beaches in the Maritimes. But you can walk the beach in Tofino, B.C. almost any time of year. The world-class Wickaninnish Inn has a “storm watch” program where you can use wet weather gear to enjoy nature. Or try a meal at the restaurant and watch nature’s fury from behind huge windows that let you keep an eye on things and stay dry. 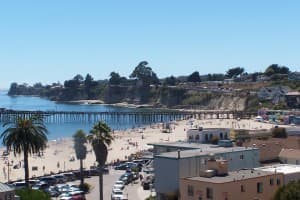 Capitola Beach is a gorgeous spot south of San Francisco.

Best beach for amusement park lovers: Coney Island sounds good but I cast my vote for California’s Santa Cruz Beach. You’ll find an old-fashioned, wooden roller coaster called the Giant Dipper that was built in 1924. And also an old-time carousel that dates back to 1911, where you can try to toss metal rings into a clown’s mouth as you spin around. Also nearby is Capitola (see photo above), with great shopping and colourfully painted homes right on the beach. 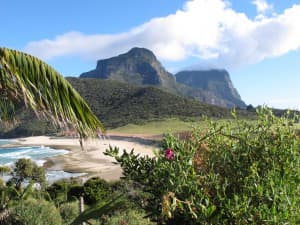 Lord Howe Island is a fantastic spot in Australia.

Best beach for the passport show-off: You’d be hard-pressed to find a more exotic locale than Lord Howe Island, a part of Australia that’s stranded between Oz and New Zealand. Drop dead gorgeous, and hardly a soul in sight.

Best surprise nude beach: There’s actually a stretch of sand on the Saskatchewan River outside Saskatoon where sunbathing in the buff is quite common. 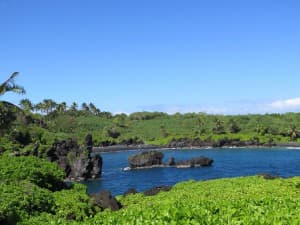 Best beaches in a place you might not expect them: Hong Kong has many fine beaches on Lamma Island and Lantau. You’ll also find several great beaches on the main island itself.