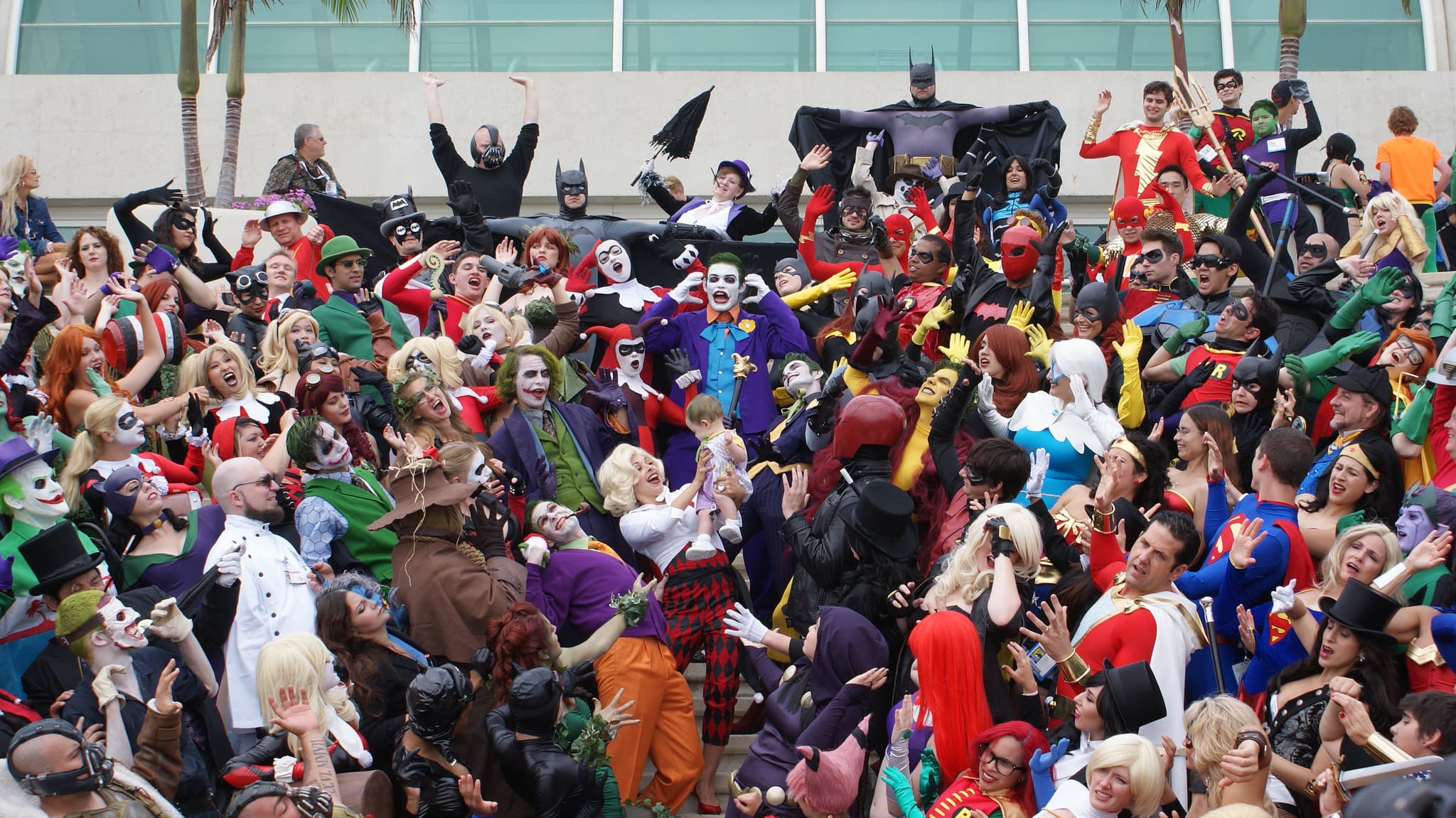 Batman vacations in San Diego—do you? With its laid-back vibe, beautiful coastline, and world-class attractions, millions of visitors are drawn to San Diego every year. If you’re interested in a nice tan and maybe some craft brew, it’s time to plan a visit. Here are some of the top events rolling through this Southern California city throughout the year:

Embrace Your Inner Freak and Geek

Twenty years ago, going to a comic book convention was meant for social outcasts with imaginary friends. Today, San Diego Comic-Con is one of the most popular events for Hollywood stars and rampant fans of movies, books, TV shows, anime, video games, and just about anything else you can think of.

Attendance at the event tops 130,000 people and passes sell out within an hour, months in advance. If you’re lucky enough to snag a badge, you’ll become one of the first to hear celebrities reveal their upcoming movie projects or watch extended trailers not yet released to the public. Whether you have ticket or not, you can still jump into the world of cosplay by designing or renting a costume that celebrates your favorite fictional character. Thousands flood downtown San Diego dressed in the most exotic and intricate sci-fi and fantasy costumes. The people-watching alone is worth a trip to this city during Comic-Con! If there’s ever a place and time where being weird is a badge of honor, this would be it.

You won’t get a White Christmas in San Diego, but many people think presents look just as pretty under a palm tree as they do under a classic fir. Skip the summer tourist season and head to America’s Finest City late in the year for December Nights, the largest free community festival in San Diego. Held in historic Balboa Park, the nation’s largest urban cultural park, you’ll be able to enjoy food, entertainment, and holiday cheer amongst all the free museums and beautiful gardens. Thousands of people attend this event to celebrate the season, tour the varied exhibits, check out the unique gifts, and get a picture with Santa. Luckily San Diego is warm year-round, so you won’t have to wear winter layers for this charming festival—some flip flops and shorts will do.

Every summer, more than 20,000 runners from all over the world gather for the annual Rock ‘n’ Roll Marathon, a 42-km run with live music playing all along the way. Nearly 100,000 spectators line the route, cheering, dancing to the bands, and offering water and snacks to runners to keep their energy up. What better motivation is there than thousands of supportive fans and the pounding rhythm of San Diego’s best rock bands?

Before you know it, you’ll have crossed the finish line, exhausted but feeling amazing. At the Post-Race Concert you can celebrate with an adult beverage and listen to a headliner band as you put your feet up.

Whether you consider yourself an athlete, a geek, a history lover, or anything else, San Diego has something for you. Mark your calendars and head over to the land of beachy sunshine, wacky characters, and rock and roll.

What event are you looking forward to the most in San Diego?

Next post Don’t Be a Hodad: Everything You Need to Know About Surfing in Lisbon