It’s time to crack your knuckles, open your calendar, and decide where you’re going to visit in 2018. We could toss around a number of cities we think are worth the trip, but this year, we thought we’d do things differently. We conducted a survey of 1,000 Canadians and asked them which city they’d recommend their fellow travellers visit in the new year.

Some of the responses were specific around certain cities, while other responses recommended provinces as a whole (often with exclamation marks). Using these answers as a baseline—and listing them in no particular order—we’re happy to present the 18 cities you need to visit in 2018, as chosen by real Canadians.* 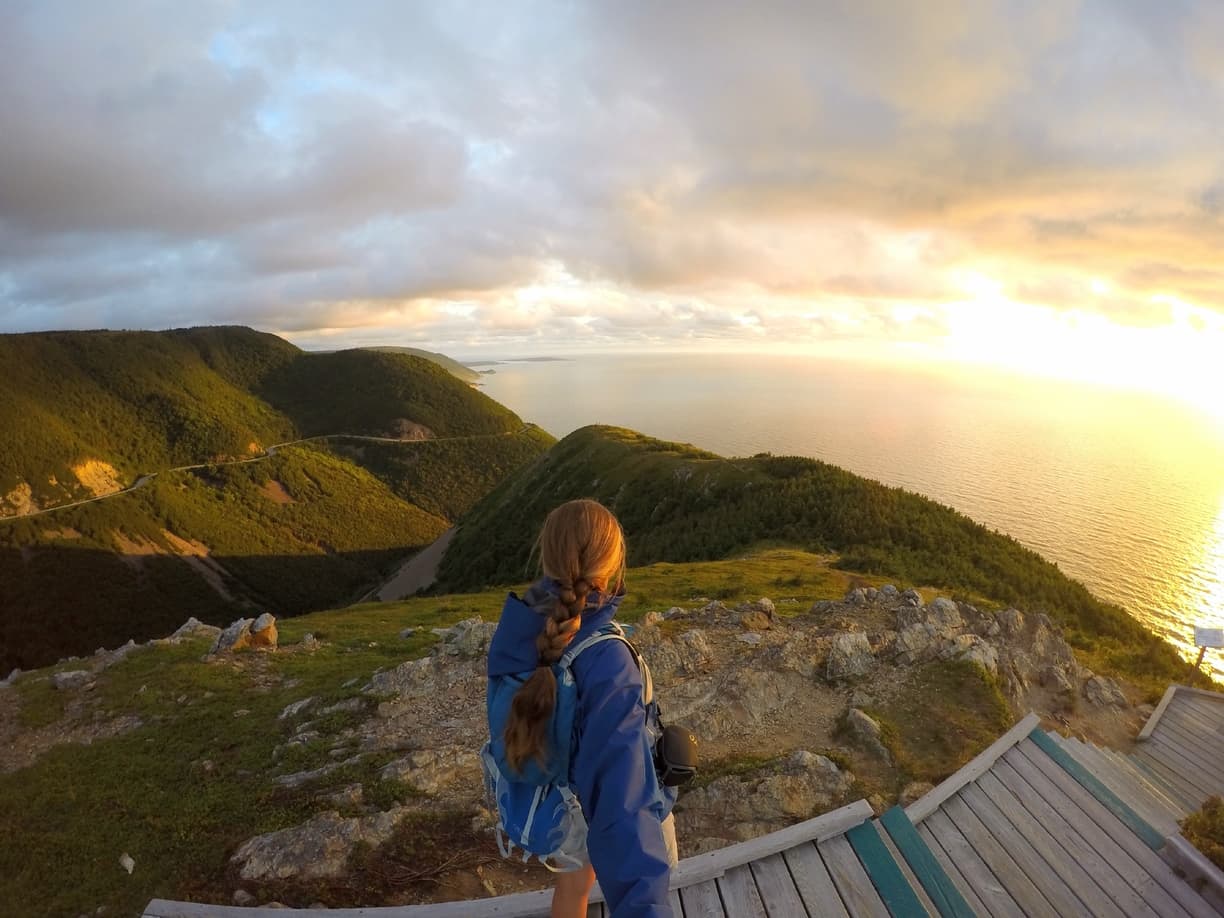 We had numerous survey-takers recommend Cape Breton, or, as one person wrote in all caps, “CAPE BRETON ISLAND.” We heard you! And we agree! This ridiculously pretty place is one for the ages. And, if you don’t mind the suggestion, a perfect place to propose if getting engaged to your partner is on your 2018 goals list (don’t worry; we won’t spoil the surprise). 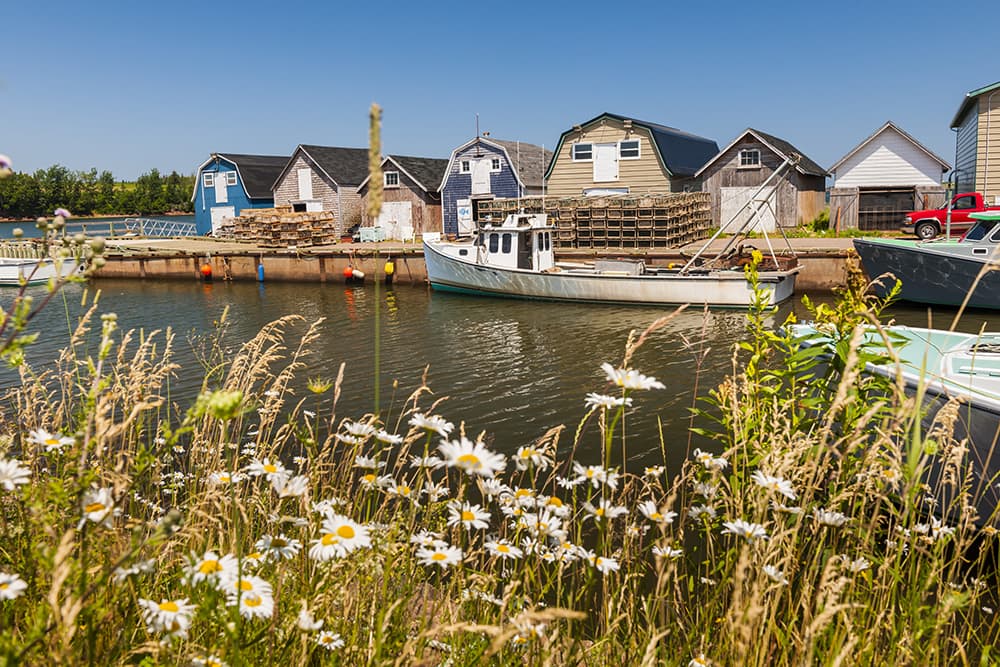 Prince Edward Island wasn’t the only thing mentioned by our survey-takers; Cavendish itself was recommended by name. Could it be the beautiful scenery? The soft waves? Or is it because of the Cavendish Beach Music Festival that’s so good and so loud, your body will feel like it’s vibrating with the beats? The event recently announced the first artist for its 10th anniversary show, and trust us, it’s going to be a doozy. 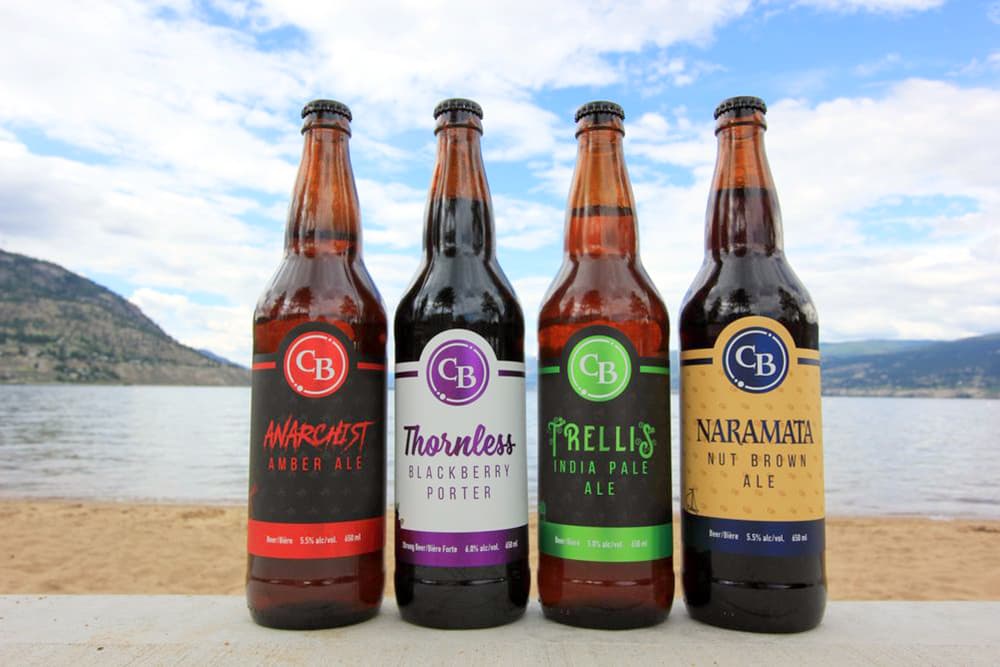 You wouldn’t believe how many survey-takers recommended British Columbia as a top spot to visit in 2018. It could be the picturesque landscapes, epic cities like Vancouver or Kelowna, or even the growing foodie scene. But we’re going to take a different angle: beer. As you might have read in our Best Beer Towns article (which was one of our most read articles in 2017, btw), beer is BIG in BC. And might we suggest Penticton as first stop? Why, you ask? Just see below. 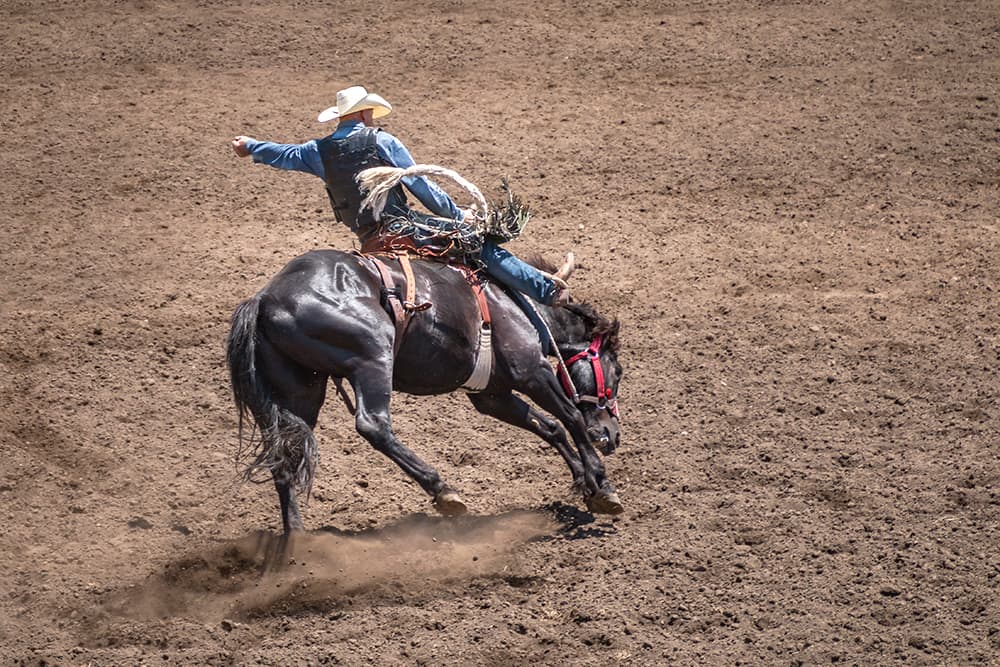 Here’s a little something we bet you didn’t know: The Ponoka Stampede is one of the five largest rodeos in the world. It’s been around for over 80 years, there are roughly 800 volunteers to pull it off, and about $800,000-worth of prizes handed out. When survey-takers recommended Alberta in 2018, they may as well have thrown in a cowboy hat with their answers. 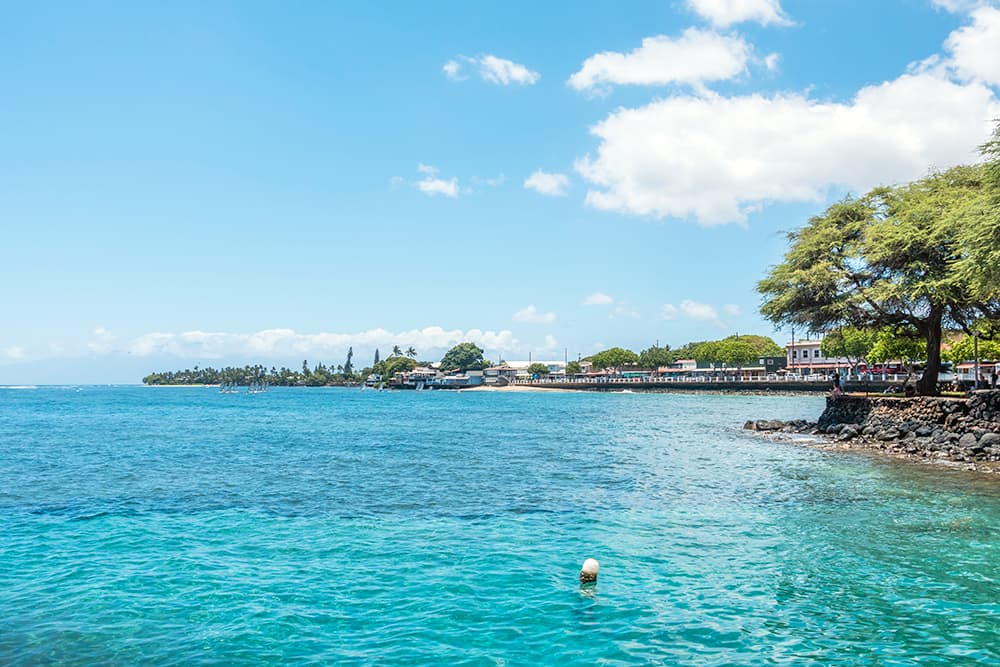 We can act surprised that Hawaii showed up so often on our survey results, but we’re too busy ordering a mai tai and putting on sunglasses. There really isn’t a bad island to explore or town to stretch out in, but we happen to think that Lahaina on Maui is where you’ll want to jet to this year. Why? This town was already named #1 in Hawai’i Magazine’s Readers’ Choice Awards and we see many, many awards in its future. Visit in 2018 before the rest of the world shows up at its shores. 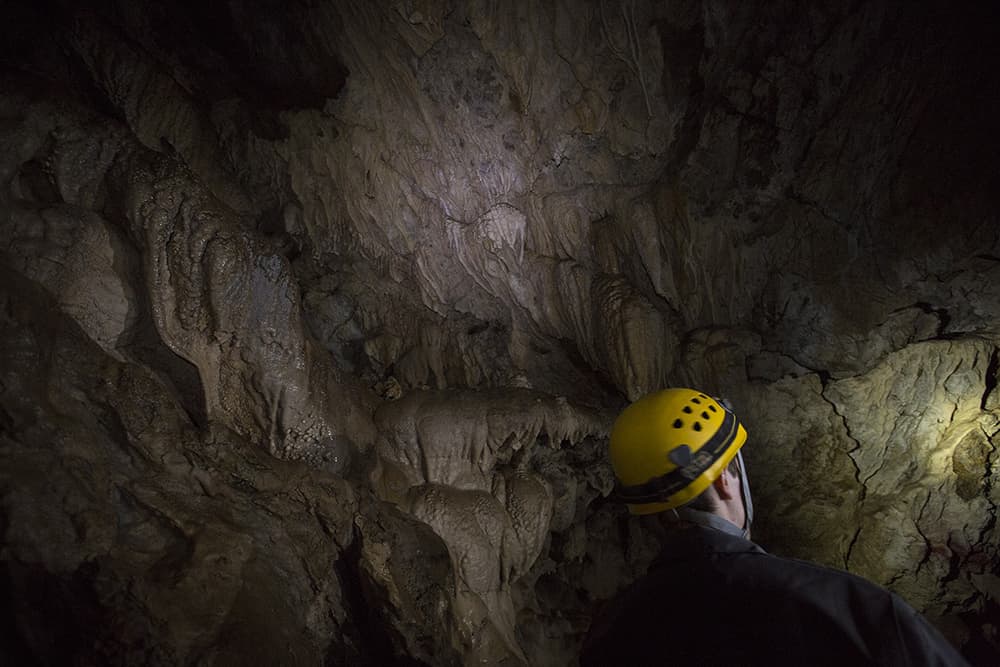 As we said, British Columbia was one of the most recommended places to visit in 2018. In looking around, however, we thought we’d narrow it down to a town that might be able to fulfill some other likely 2018 goals: exercise, adventure, and thrills. In particular, Qualicum Beach has a little something called the 4-hour vertical cave challenge that will put your 2017 Netflix-and-don’t-move-the-rest-of-evening routine to shame. 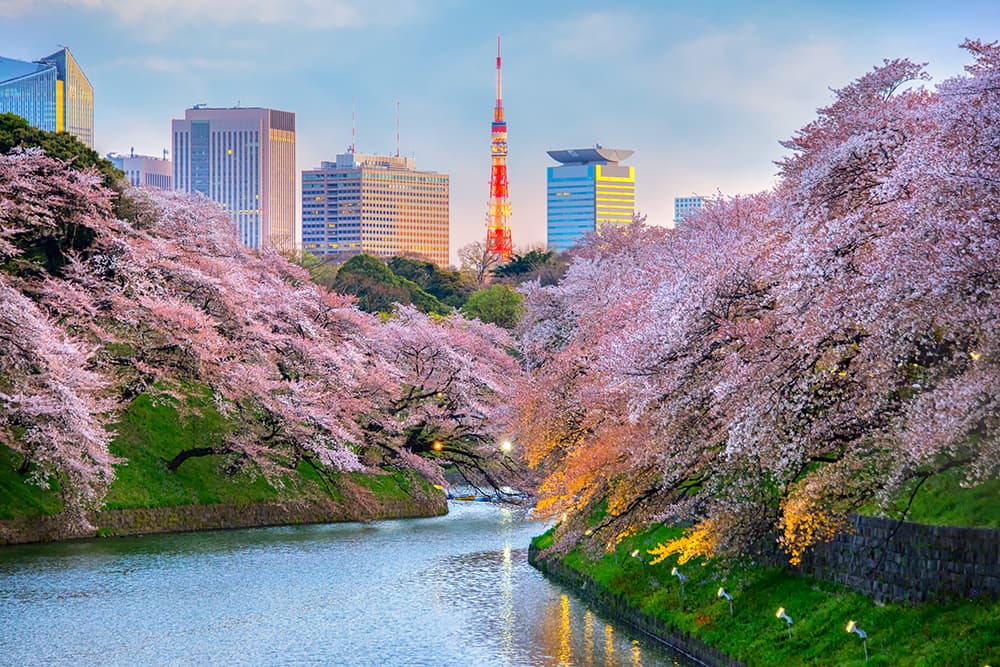 Timing couldn’t be better to see Japan on the recommendations list. With the Rugby Cup heading to the country in 2019 and Tokyo hosting the Olympics in 2020, it’s only going to get busier (and pricier). Get in before the crowd! 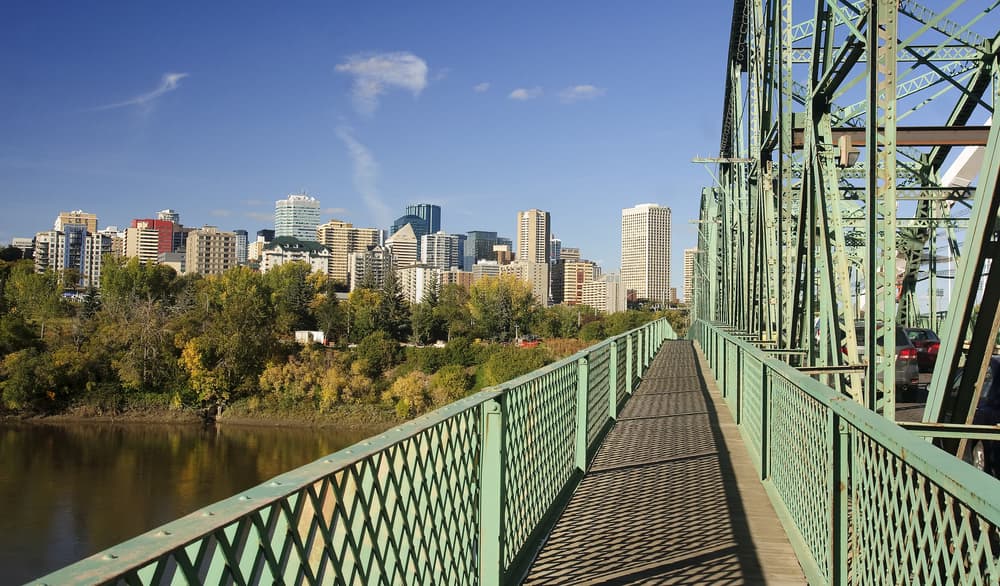 Edmonton is that cool kid in a leather jacket hanging out with a garage band instead of going to prom. It might not always get the spotlight like Vancouver or Montreal, but it turns out that everyone would rather hang out with Edmonton than anyone else. How do we know that? It was one of the most recommended cities to visit in 2018. Let’s break down just some of the reasons people love it here. 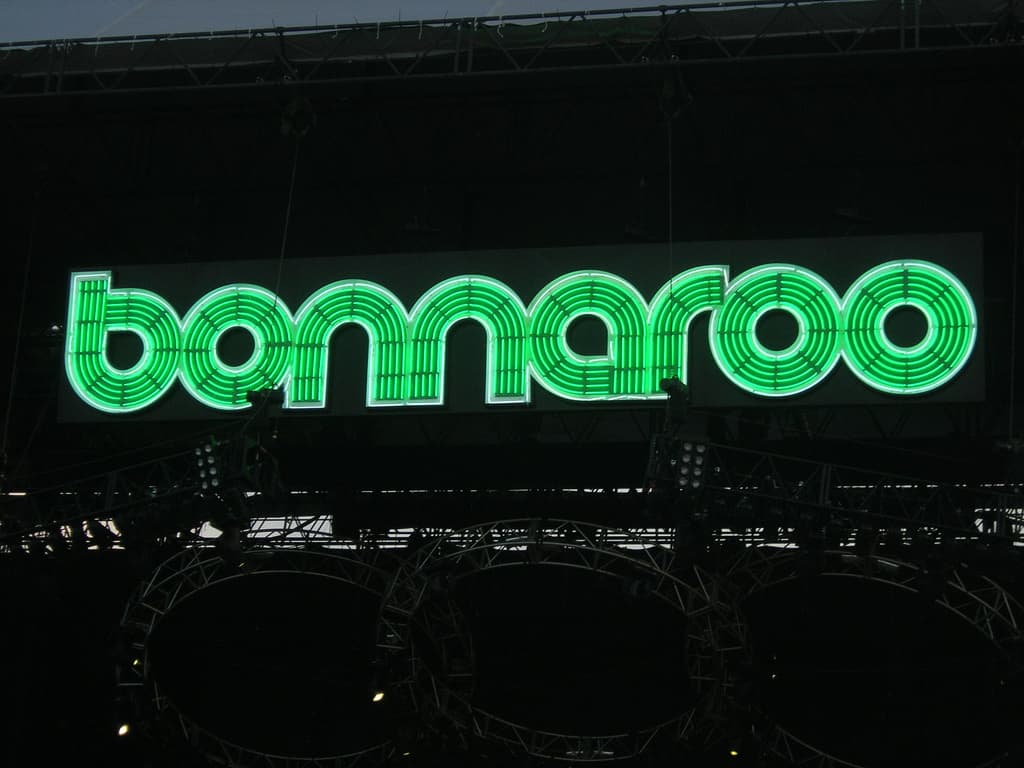 Tennessee, how Canadians love thee. Of all of the 50 states in America, we were surprised to see how often Tennessee showed up on the list. And while Nashville gets quite a bit of love, we happen to think that Manchester—located an hour out of the city—is really where you want to go. Why? One word: Bonnaroo. This 4-day festival is absolutely bonkers and 2018 tickets are already on sale. With 150 shows on more than 10 stages, this place goes off. Be there. 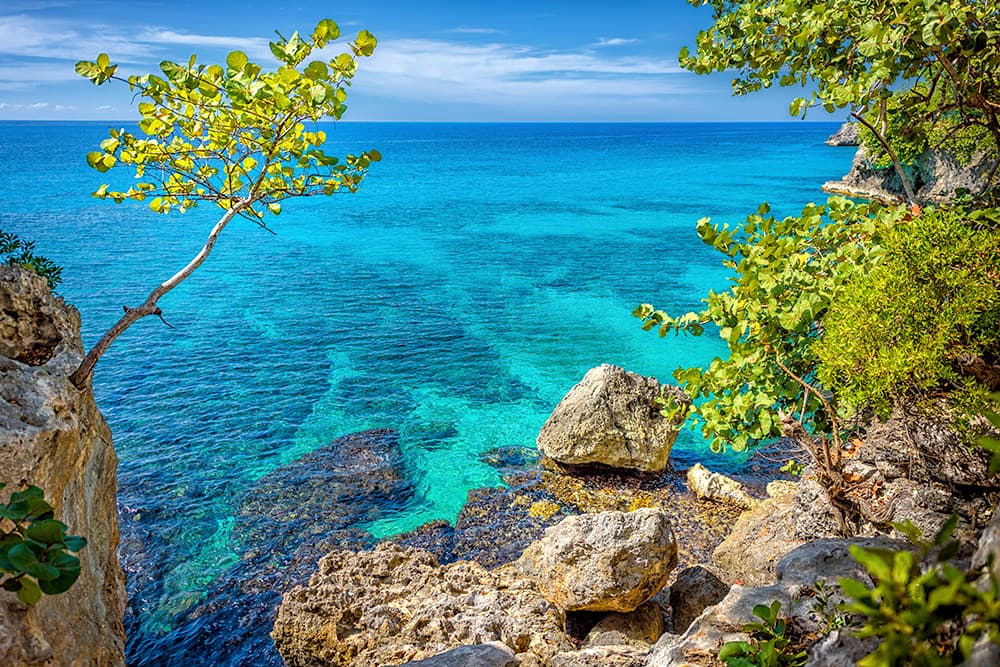 Quite a few of our respondents must have had the Bob Marley & the Wailers vinyl playing when they voted, because Jamaica was another top answer to our open-ended question. And why not? Beautiful beaches, good food, and good atmosphere all make this place—and the city of Negril in particular—a blissful scene. 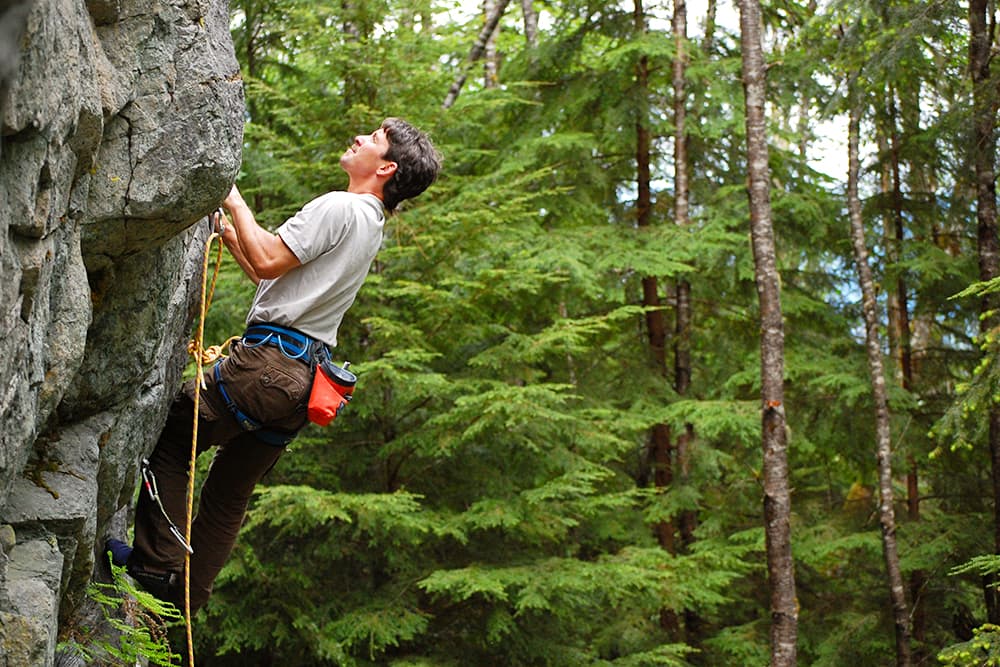 Do you have a ton of friends who blow off plans to go climbing when the weather is good? Well, in 2018, you can be “that” friend, and join them. If you need a place to get those kinks out of your joints and muscles, might we suggest Squamish in our poll-popular British Columbia? There are a ton of rock climbing areas as well as major outside events that will get you from couch potato to mountain goddess in no time. 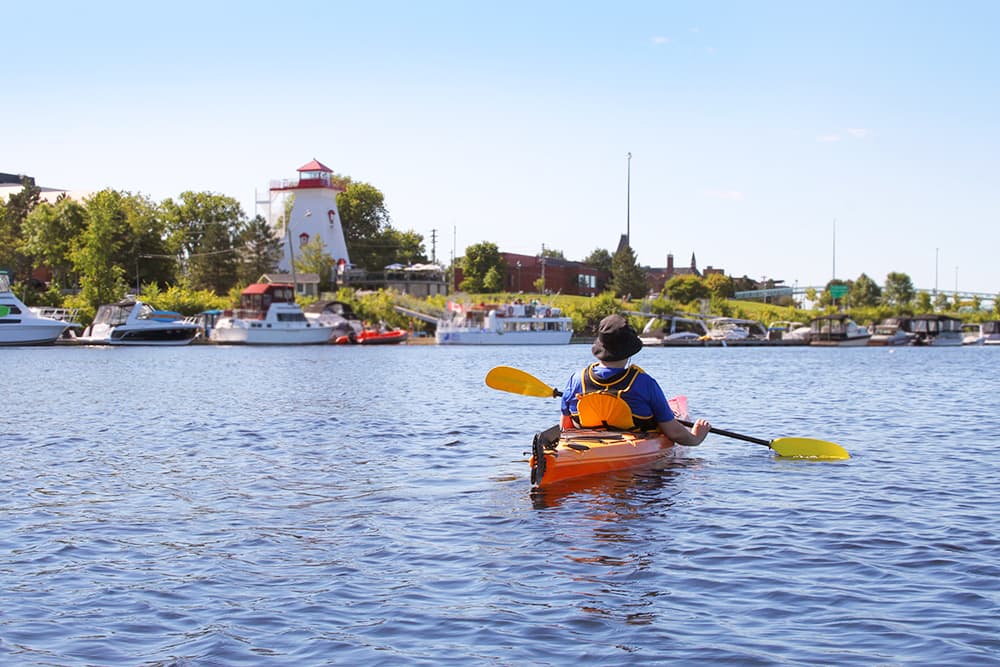 New Brunswick certainly didn’t go unnoticed in our poll. The province was recommended numerous times by our respondents. If we had to pick just one city to narrow your focus in 2018, let be Fredericton. With art, nature, and a pretty soundtrack, this cozy town probably should have been on your to-do list years ago—make this the year you make up for it. 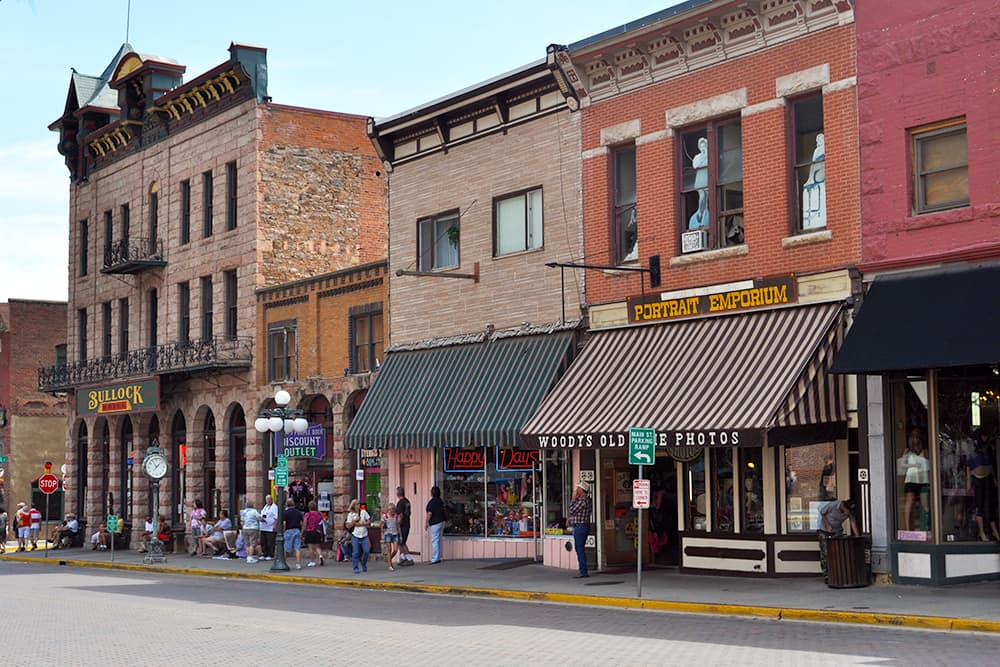 Think that cowboys only exist on the prairies? No, sir. Deadwood, South Dakota, is a rough rider, tumbleweed-kicker, show-stopper kind of place. And it was mentioned by name as one of the top places to visit in 2018. This destination town embraces its Wild West spirit with numerous attractions and gambling houses. If you think you’re good at poker, prepare to put those skills to work in the new year. 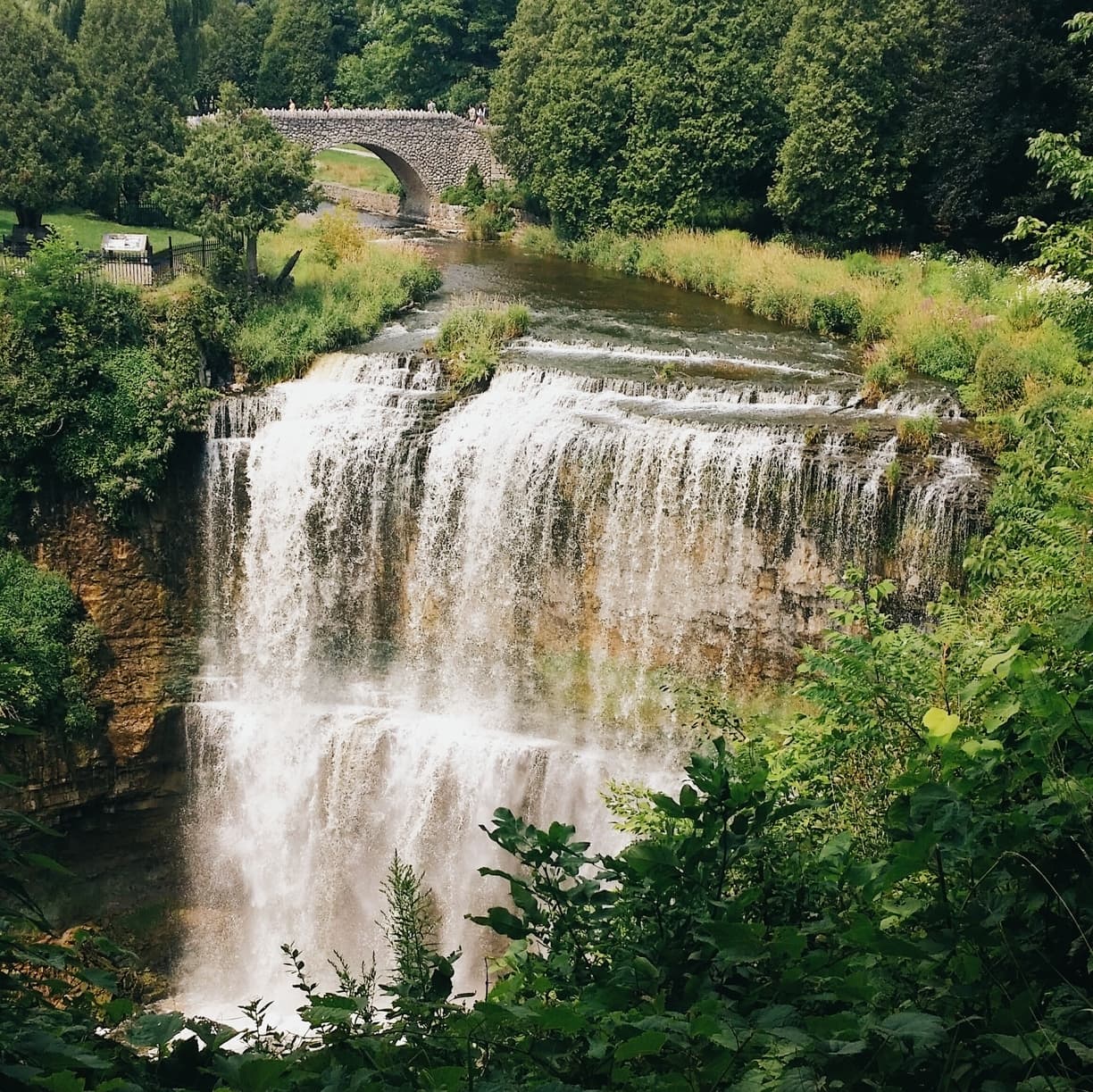 Lauren | Justin Plus Lauren via Trover.com

Mentioned by name in our survey, Hamilton is one of the quintessential Canadian towns you simply need to experience if you haven’t been yet. We’re talking sparkling shorelines, booming festivals, and regional cuisine that pulls no punches. Honestly, we weren’t surprised one bit that Hamilton was so highly recommended. 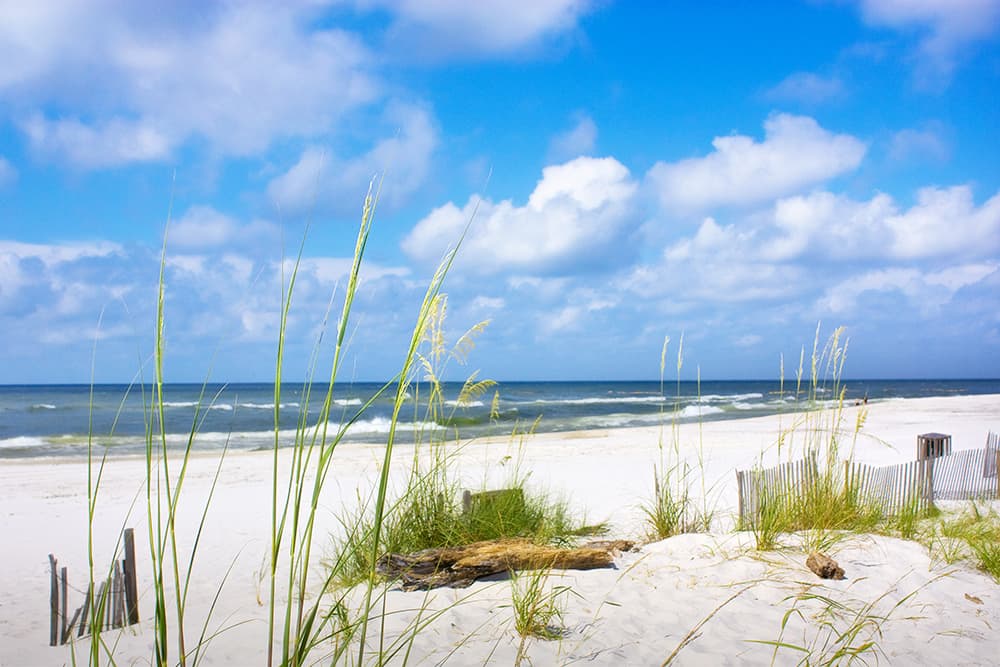 Step aside, Coachella, because the biggest music event of 2018 is the Hangout Festival in Gulf Shores. The lineup was just released with acts like Kendrick Lamar, The Chainsmokers, St. Vincent, and Odesza making an appearance. If you don’t have plans May 18-20 yet, we suggest you buy yourself some passes while you still can. 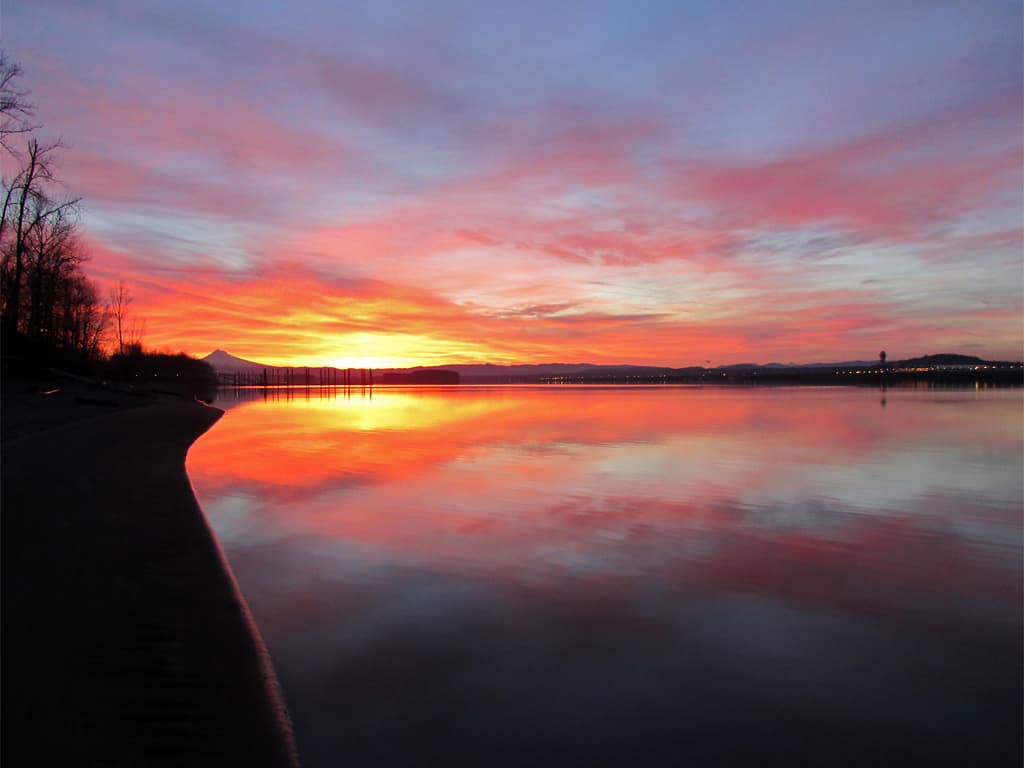 The United States was a popular choice in our poll, and it wasn’t easy narrowing down a selection. However, our typewriter-and-monocle sensibilities were keen on Vancouver, Washington, which was recently named as the most hipster city by MoveHub. What can we say? We crave anywhere with Edison lights, exposed brick, and tattoo shops. Before everyone else starts rerouting their trip from Portland or Seattle and crowding the latest donut bar, make sure you see Vancouver first. 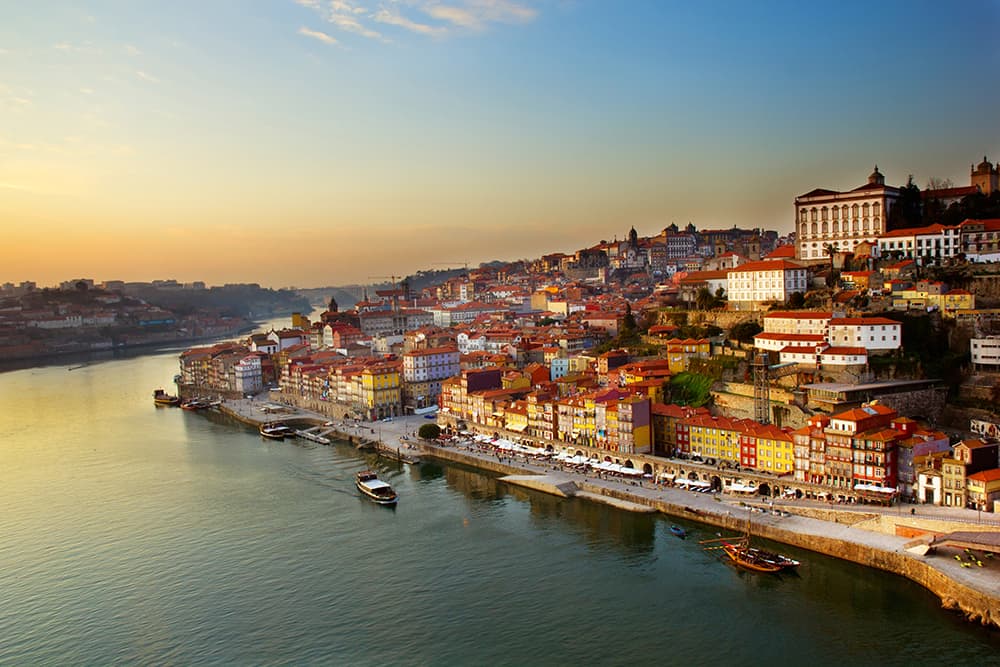 While beer drinkers certainly had their say when creating this list, there was a least one wine aficionado who needed the world to know about Porto, Portugal. Forget what you’ve heard about Napa and Tuscany; Porto is the next great wine city. 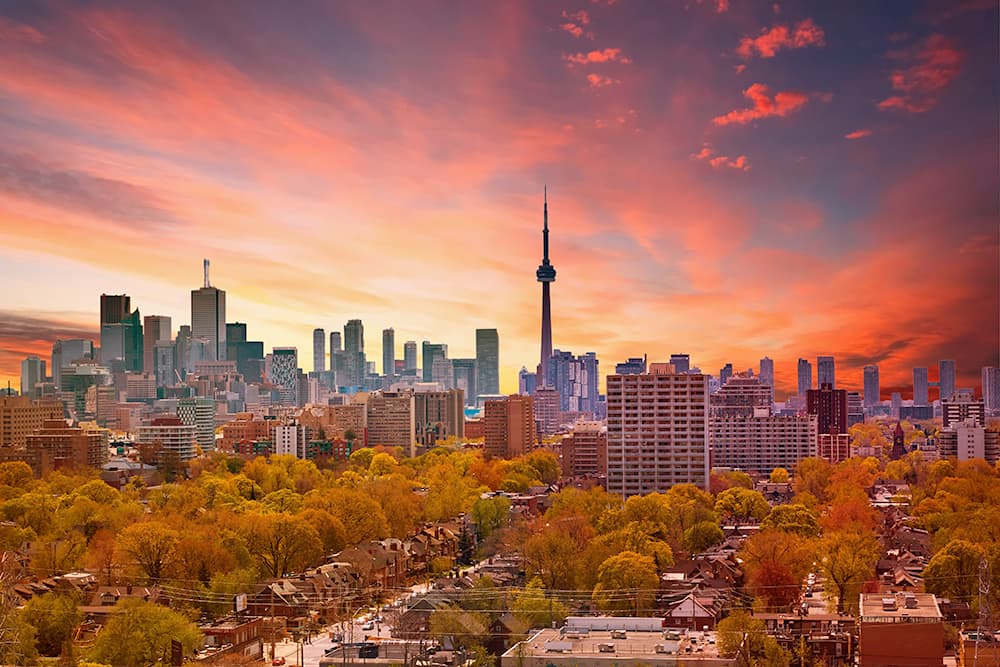 Showing up more than any other city by name, Toronto is where locals and travellers want you to explore in the new year. Given its popularity, you may want to move fast.

It’s 2018, and the world is waiting for you to check it out! Trust your fellow Canadians and put any of these 18 cities on your to-do list.

*The article has been updated to reflect that the cities listed are in no particular order.

Next post Top Places for a Family Day Getaway