What’s up, small towns! Spunky, artsy, and ready for adventure, there’s just something about small towns that makes you smile and want to explore more. But which town should you tackle next?

To answer that question, Expedia.ca polled 1,000 Canadians to nominate their favourite small towns. We sorted through all the written survey results to find the most frequently mentioned places (population max 20,000), and are eager to present the top choices. These are the favourite small towns in Canada, in ranking order. Bragging rights definitely apply. 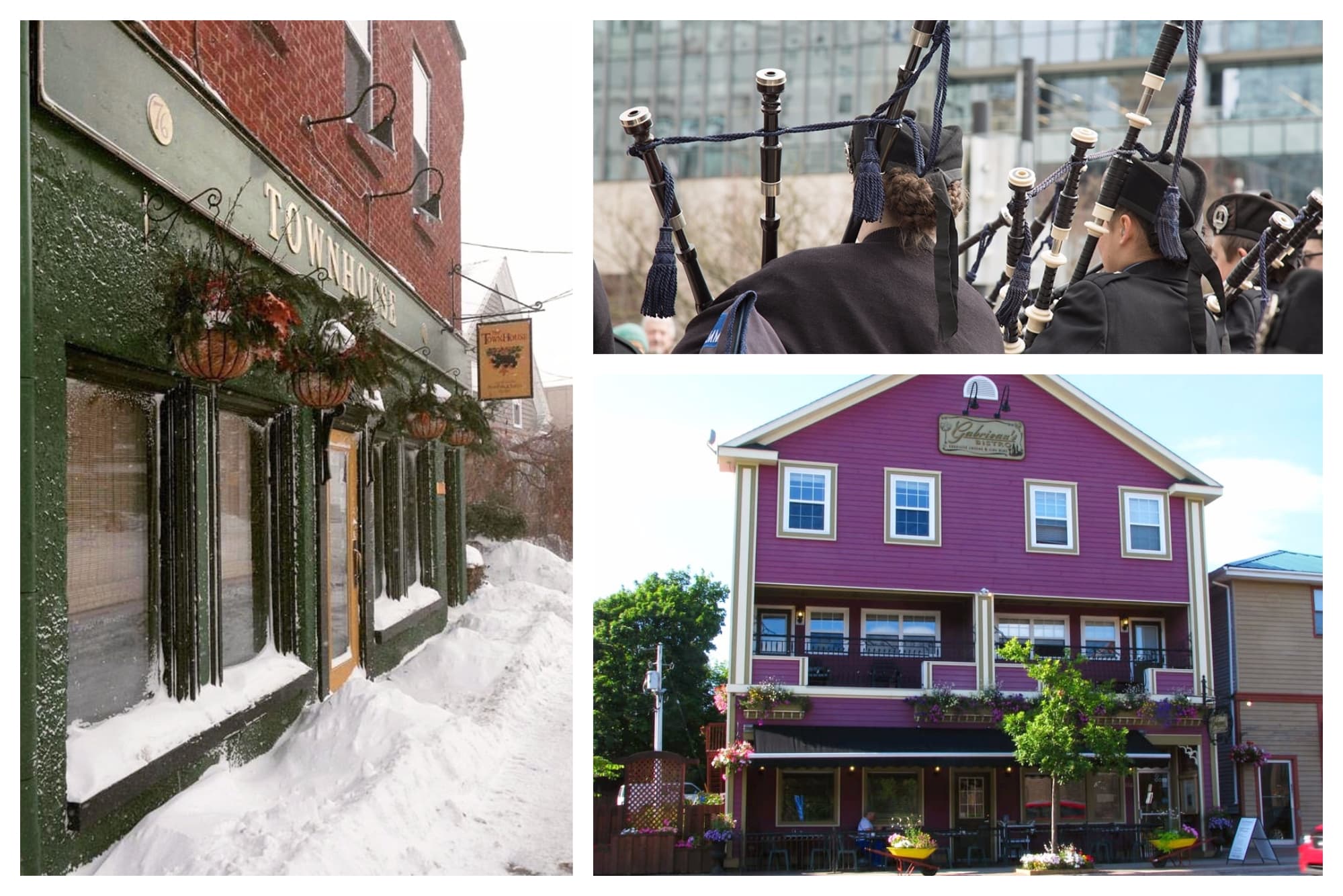 Do you hear the bagpipes calling? Because, friend, they’re beckoning you! Antigonish is well-known for their highland pride, which has clearly made an impression on survey voters. This top destination was easily voted as one of the best small towns in Canada. Just remember to pack the kilt before you catch your flight here.

Top Things to Do in Antigonish 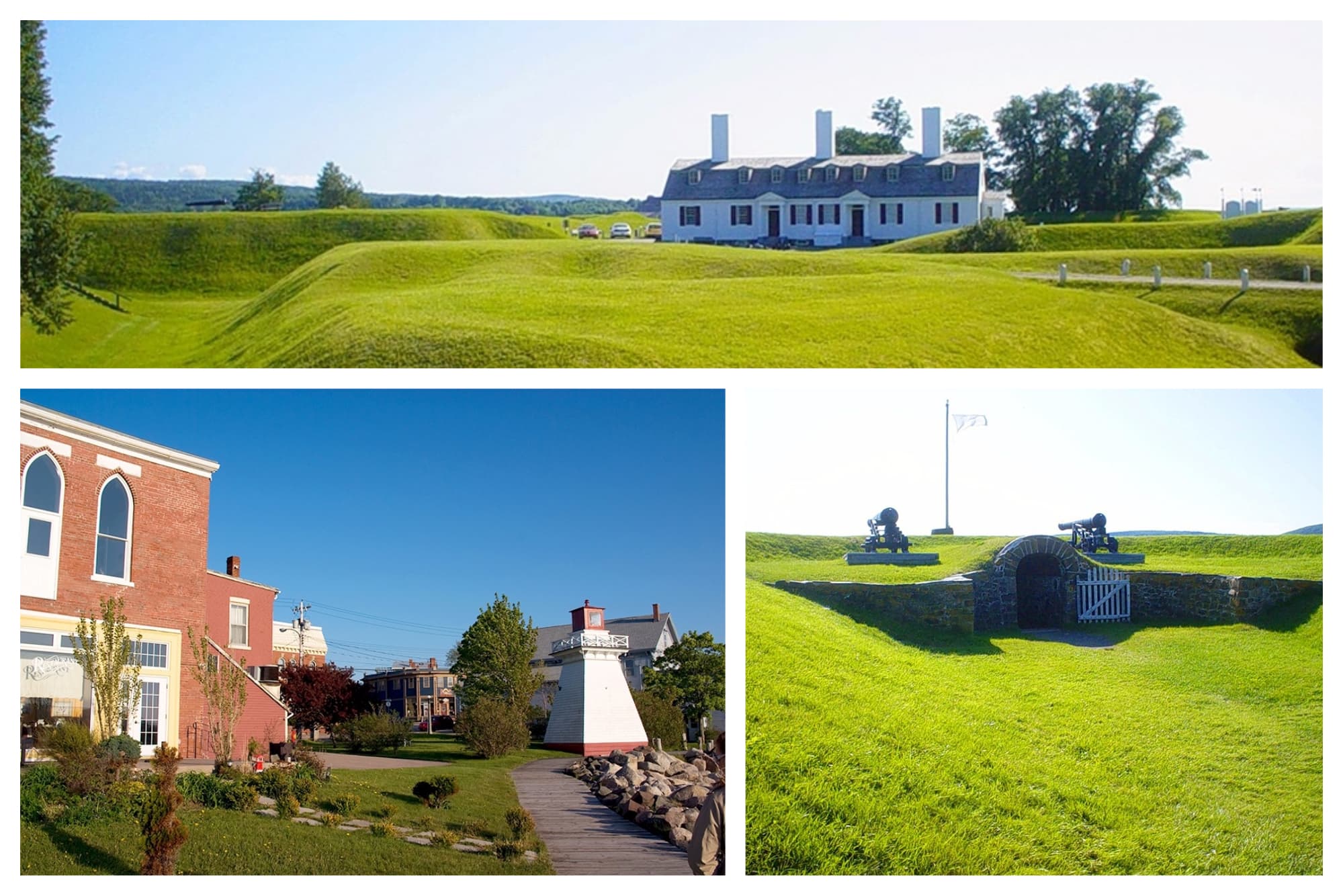 Looking for a place where a bonnet or colonial hat is more common than a slouchy beanie? Then head to Annapolis Royal! Voted as one of the best small towns in Nova Scotia by survey-takers, this destination packs a big punch for history lovers.

Top Things to Do in Annapolis Royal 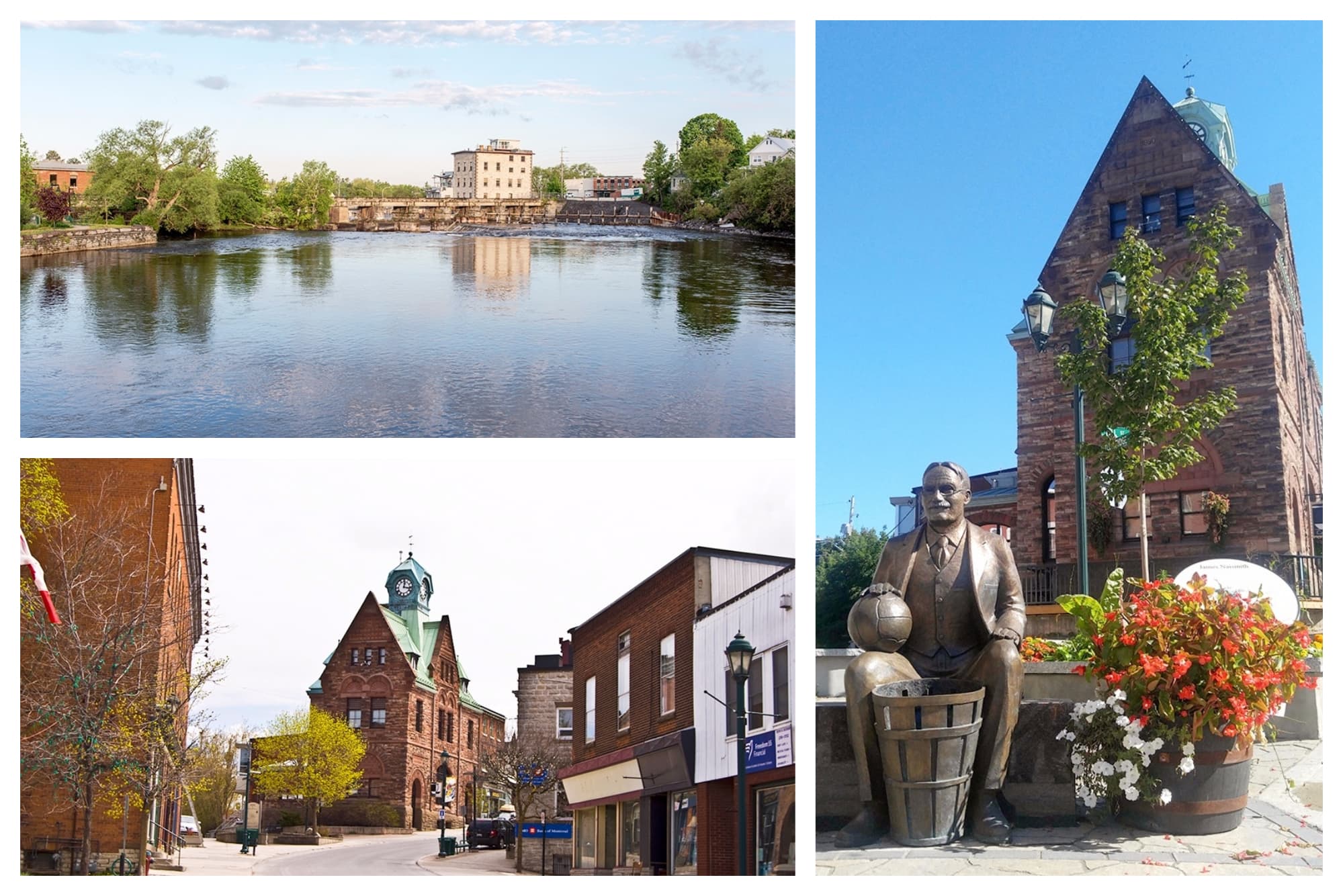 Shoppers! Not that we need to convince you to buy more clothes, but perhaps we can direct you to a shopping district you may not have splurged through yet: downtown Almonte, Ontario. Voted as one of the best small towns in Ontario (and Canada at large), this former mill town is now known for their boutiques and art galleries dotting the 19th century-style downtown.

Top Things to Do in Almonte 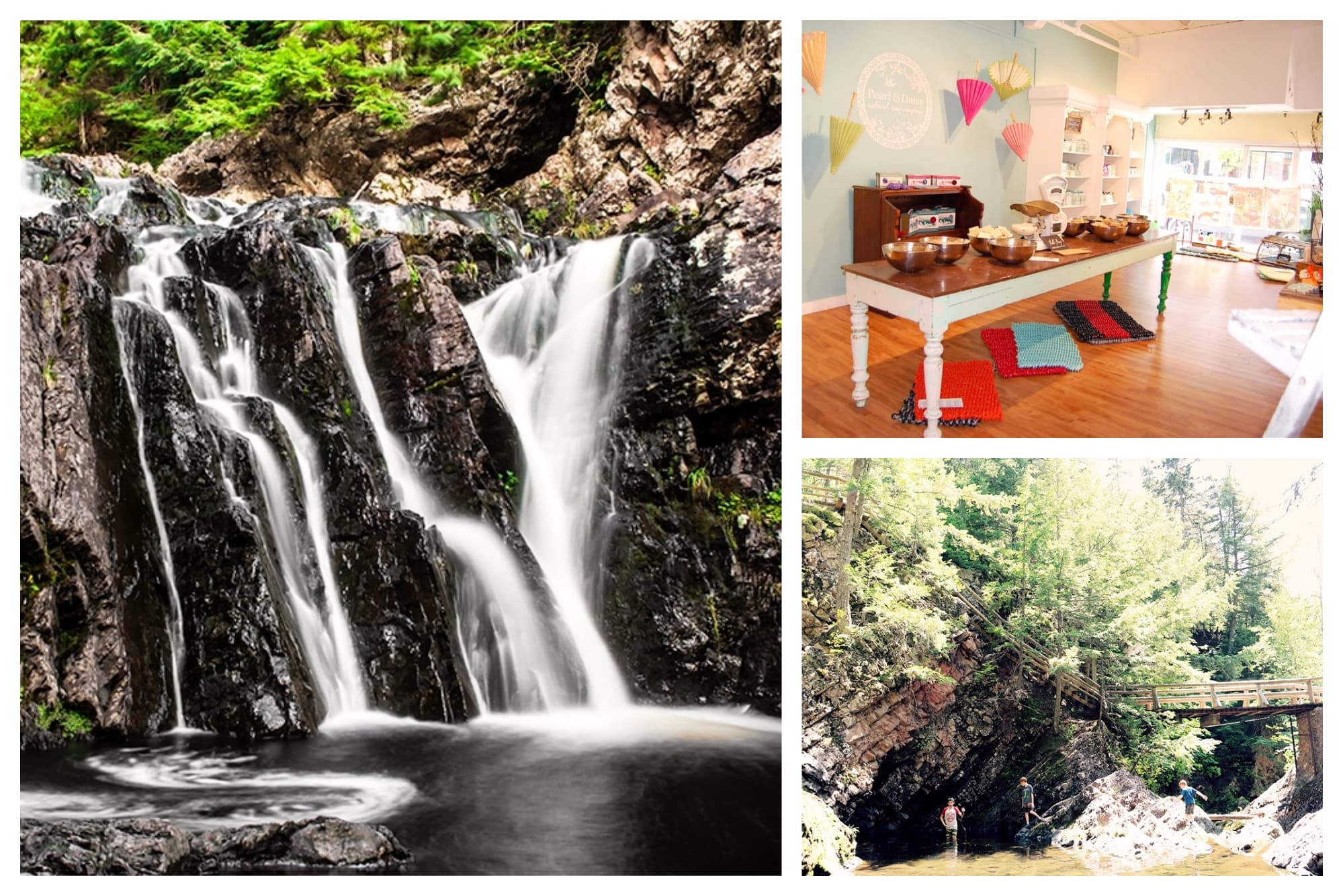 If you’re planning on vacationing with someone who can’t sit down for more than five seconds at a time, leave them home before you visit peaceful Truro. This town in Nova Scotia has made an impression on travellers looking for serenity. Known for excellent picnic spots (like Victoria Park) and a quaint downtown that’s as charming as it is welcoming, this is where you go to unwind.

Top Things to Do in Truro 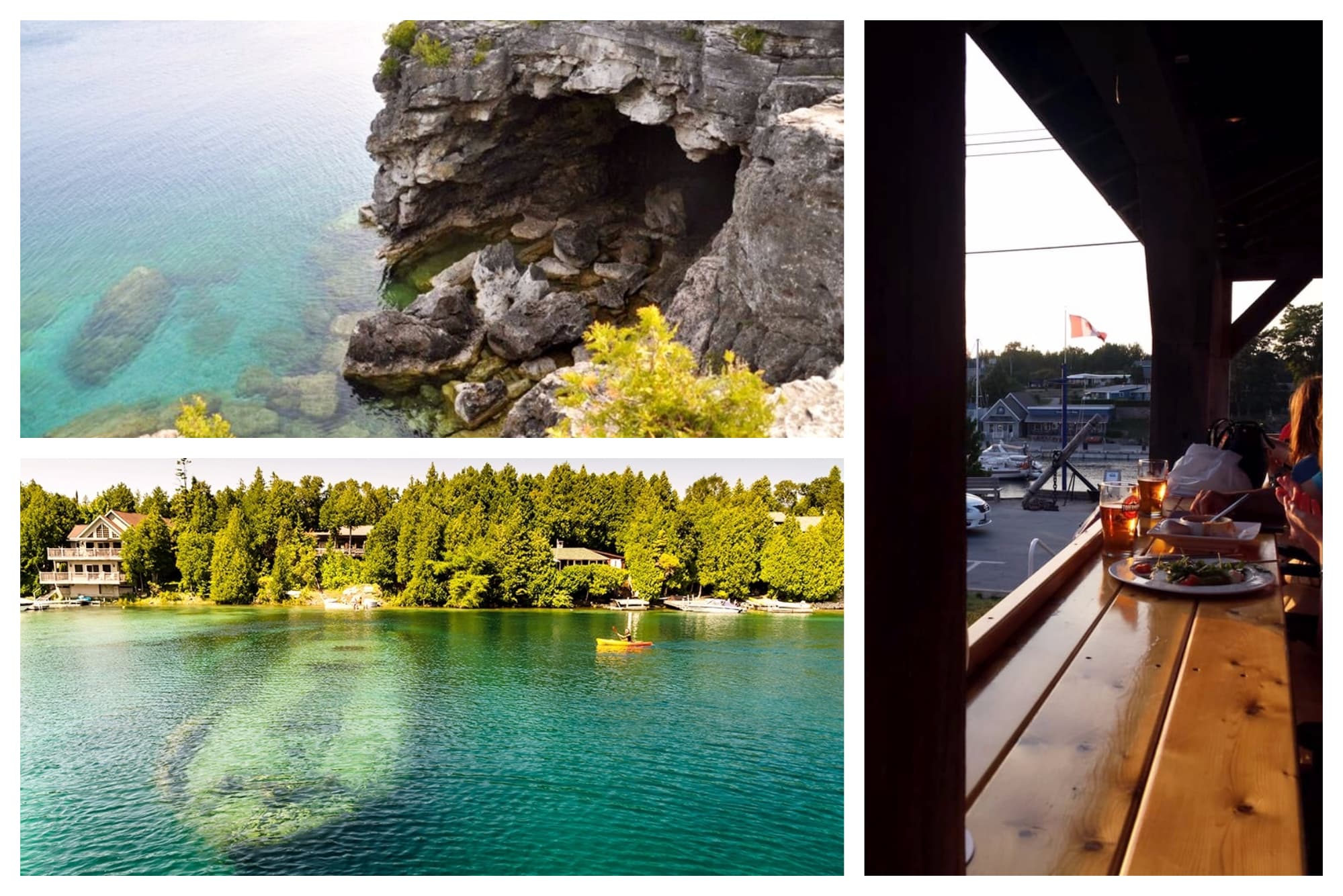 A famous crab once said that life is better under the sea. Well, he may have been right, because there are few things that can compare to scuba diving in Tobermory. With roughly 20 shipwrecks to explore, you’re going to want to stay under the waves as long as possible.

Top Things to Do in Tobermory 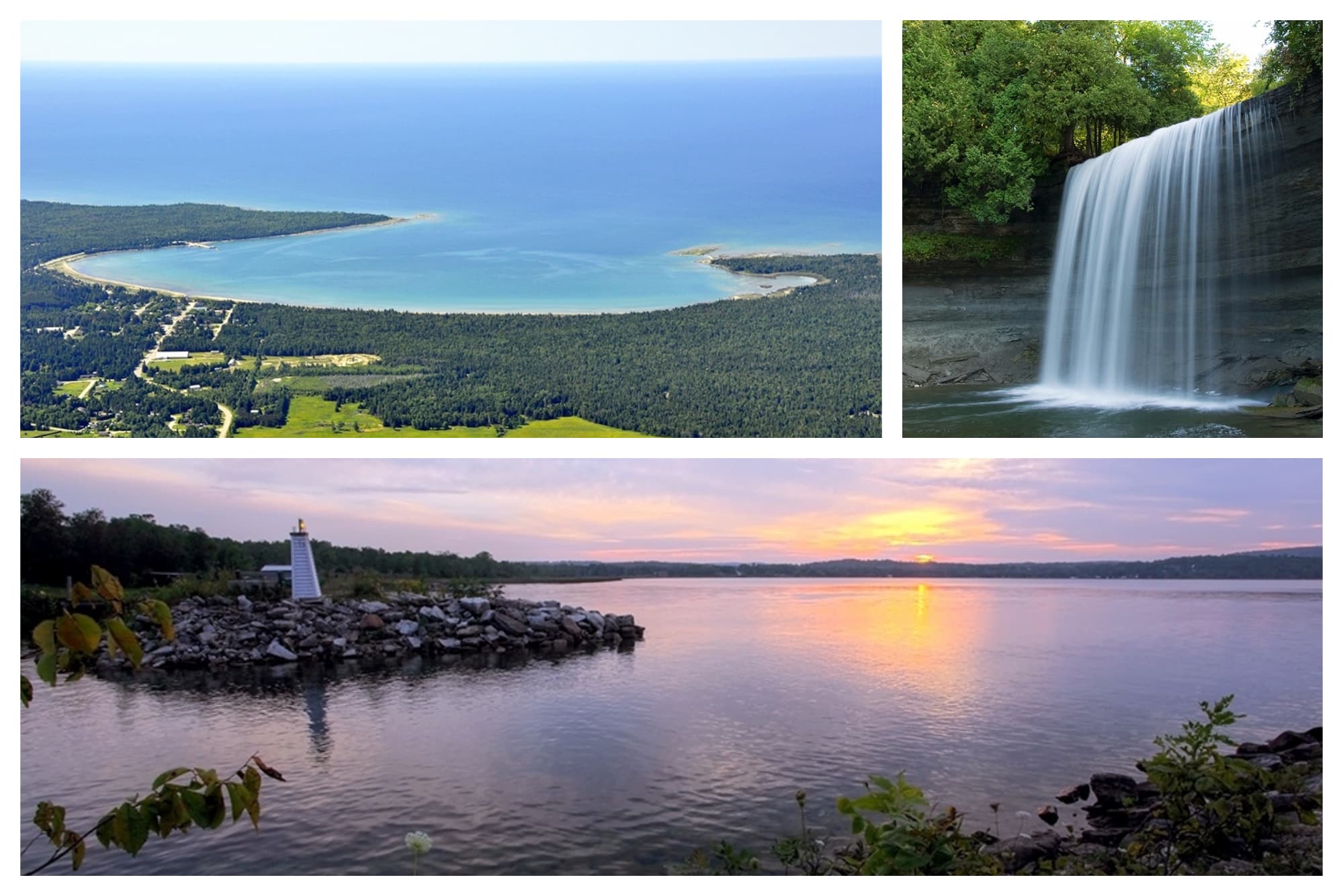 Island life makes for the best holidays, if you ask us. And since we asked real Canadians where they love to vacation, we know for certain that Manitoulin Island is one of the best places to visit in the country.

Top Things to Do on Manitoulin Island 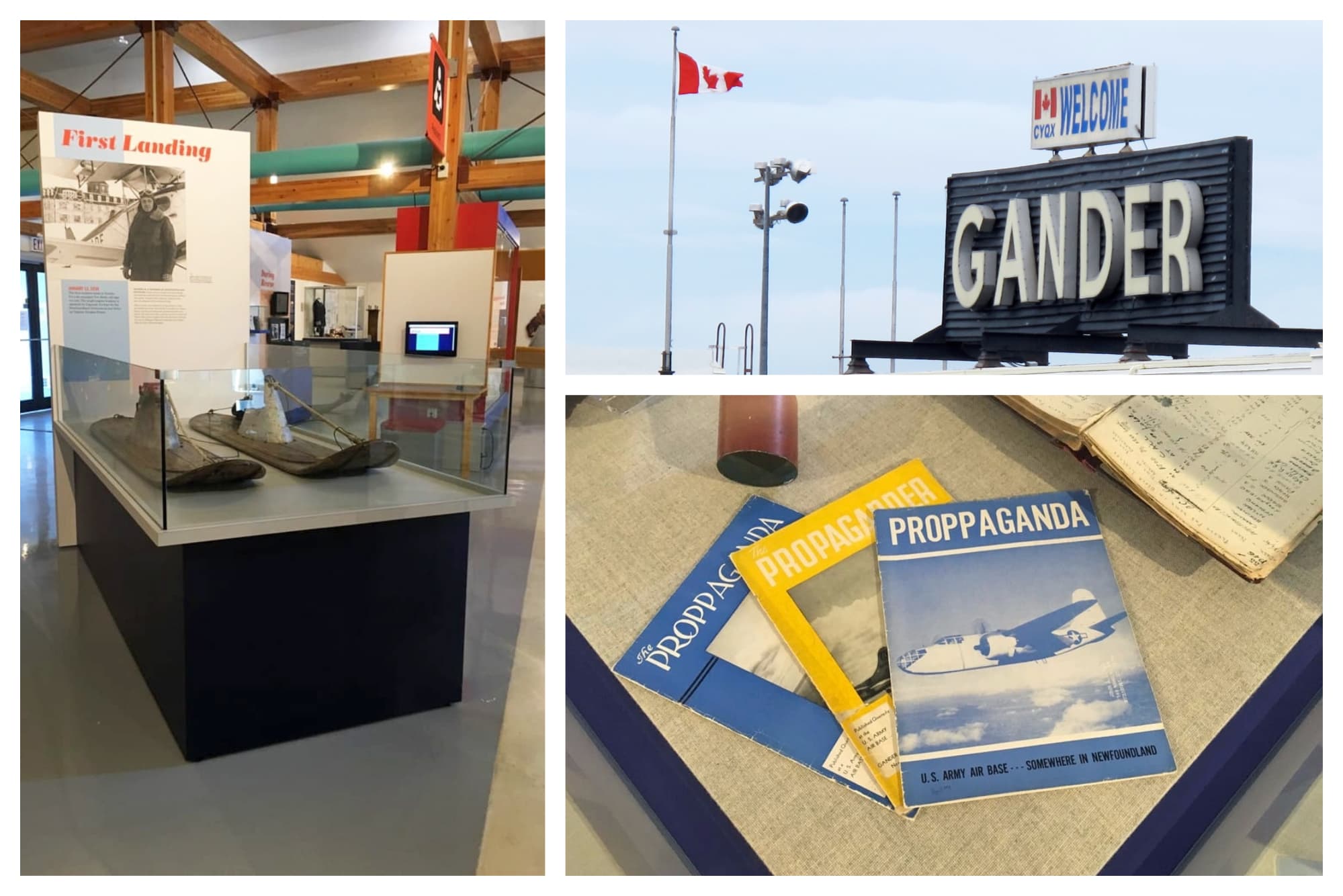 Ready to take a gander around Gander? Sorry, we couldn’t help ourselves. This small town in Newfoundland and Labrador has found itself quite the following, judging by their popularity in this poll. Maybe it’s the birds or the planes, but you can’t help but feel your spirits soar in this town.

Top Things to Do in Gander 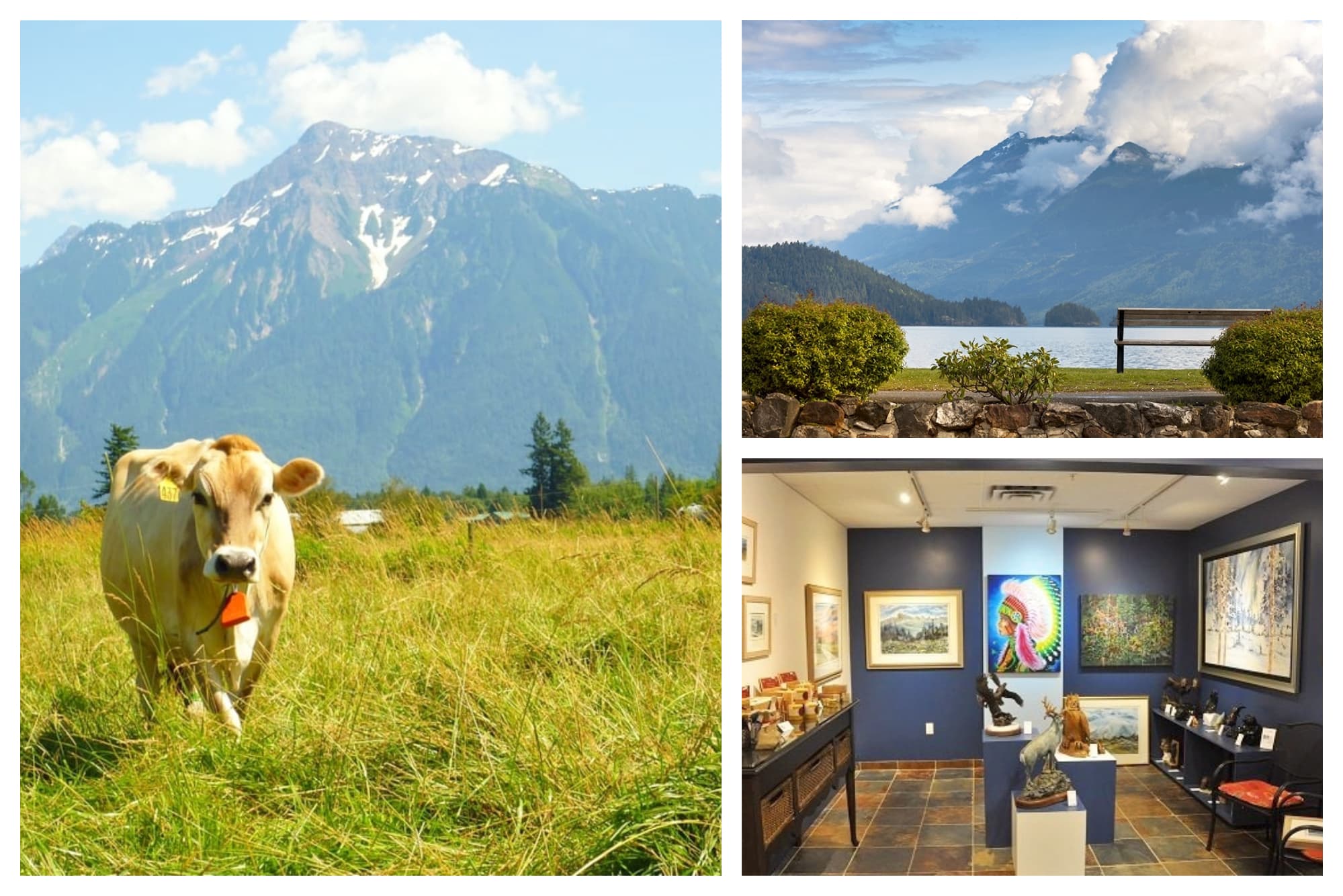 Harrison—specifically, Harrison Hot Springs—is a true vacation destination. When you need to get away from pesky to-do lists and sit in some bubbles for an hour or two, this is where you’ll want to head. Perhaps due to its comforting nature or scenic surroundings, this area got high marks among survey-takers.

Top Things to Do in Harrison 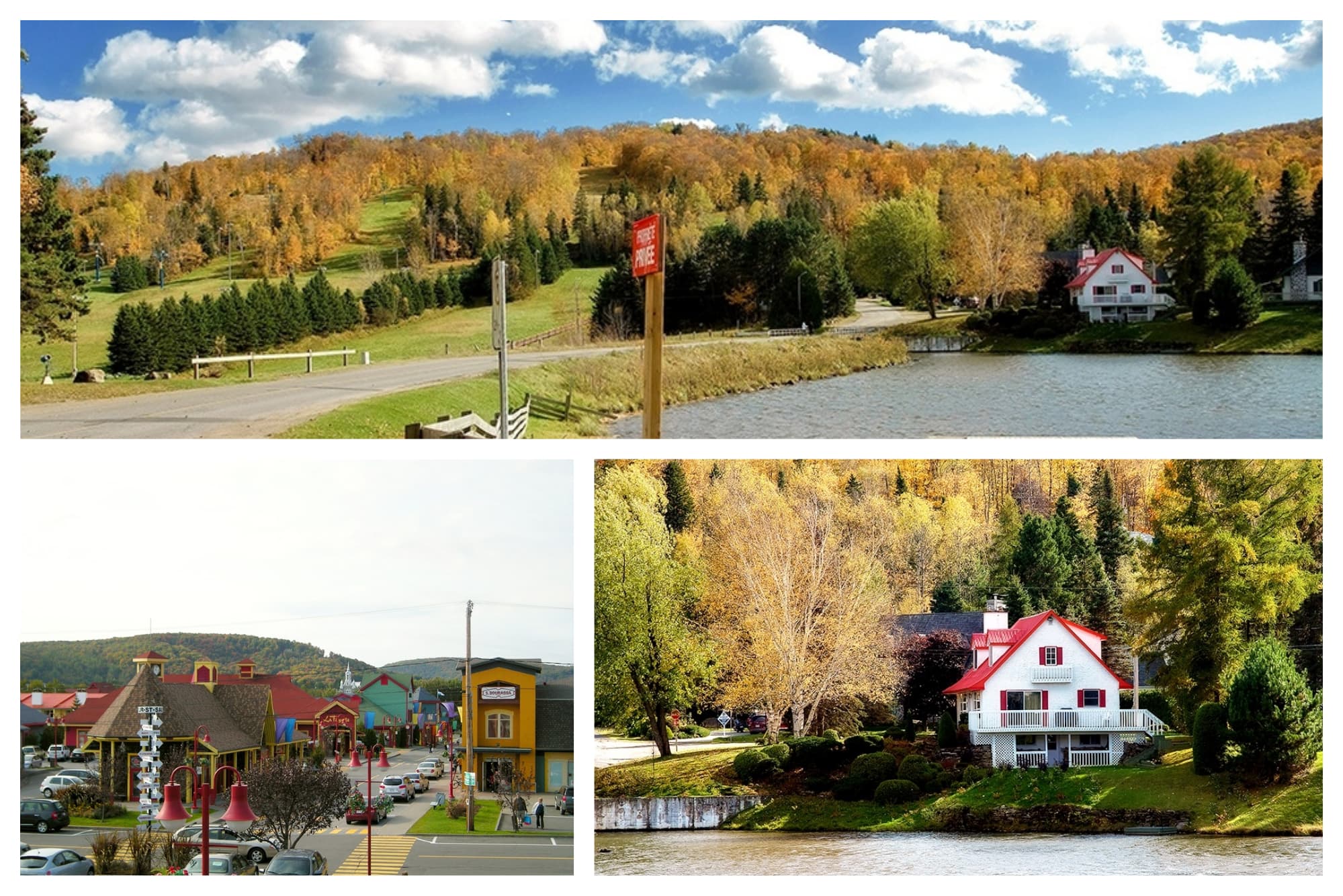 With a storybook atmosphere that’s complete with thick green trees, a splatter of mountain ranges, and a sense of calm that’s deliciously serene, the Saint-Sauveur area gets major points for being a favourite day trip. Located less than an hour out of Montreal, this valley has made an impression on travellers everywhere.

Top Things to Do in Saint-Sauveur 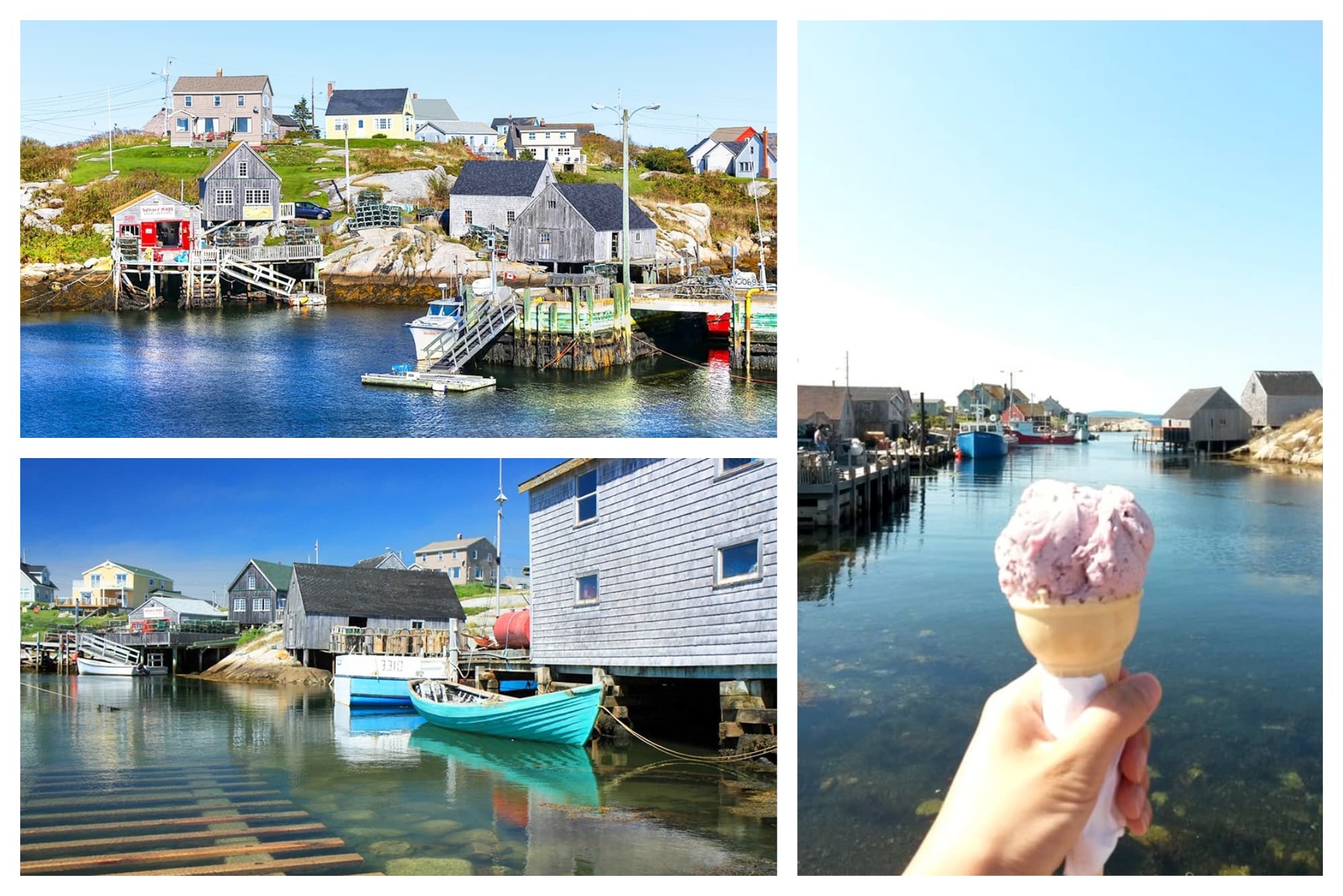 Peggy’s Cove has the rare quality of being both breathtakingly scenic and remote enough that you won’t have a ton of people poking you with their selfie sticks. It’s a place to get back to the root of things: salty air, soft sand, and good eats.

Top Things to Do in Peggy’s Cove 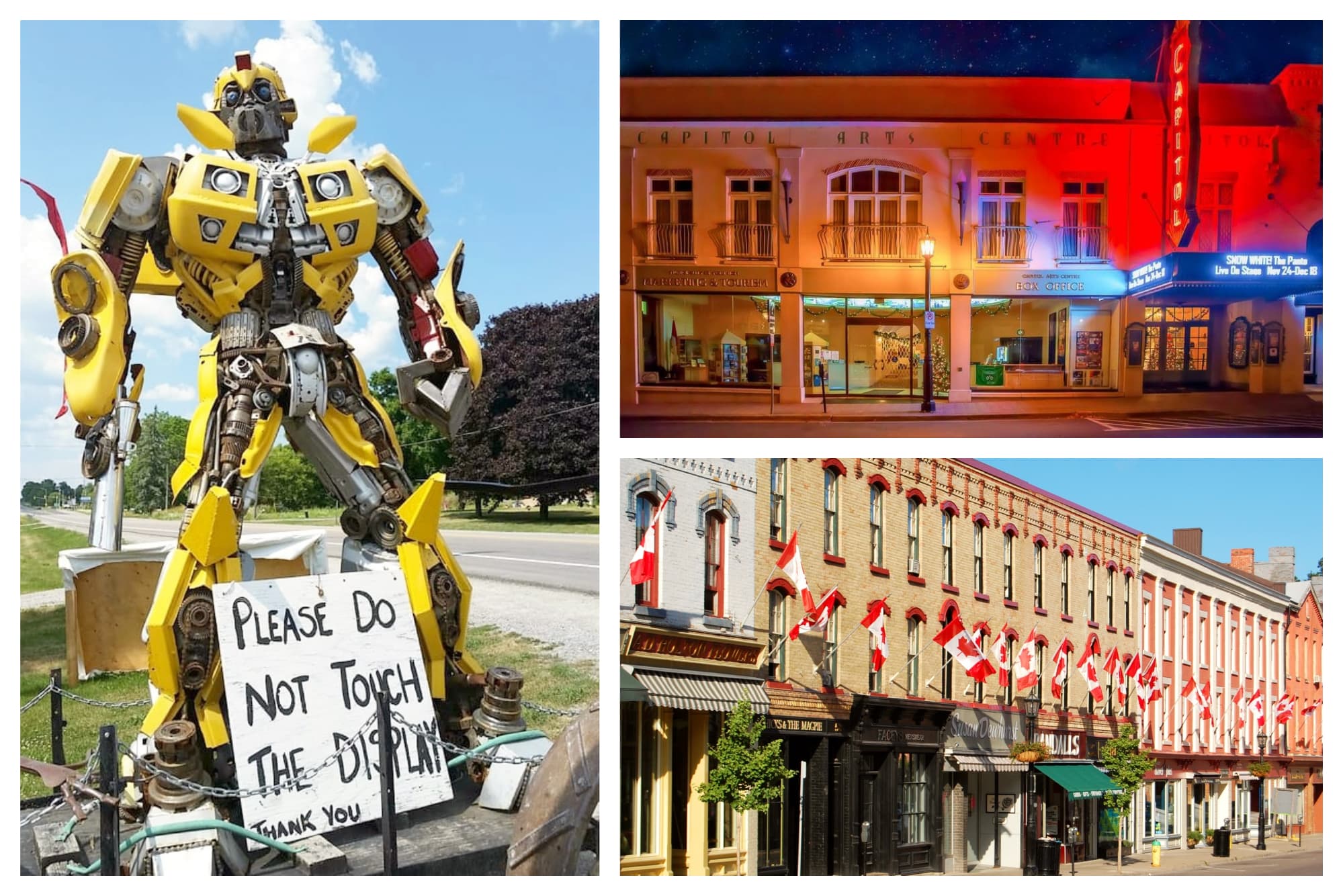 Port Hope is the town other towns want to sit with at lunch. Warm shoreline strolls. Quaint brick buildings. The perfect balance of elegant dining and rugged sporting. If there was a vote for the best all-around town, this one would take the prize—which, given that it’s on this list, means it’s already a winner.

Top Things to Do in Port Hope 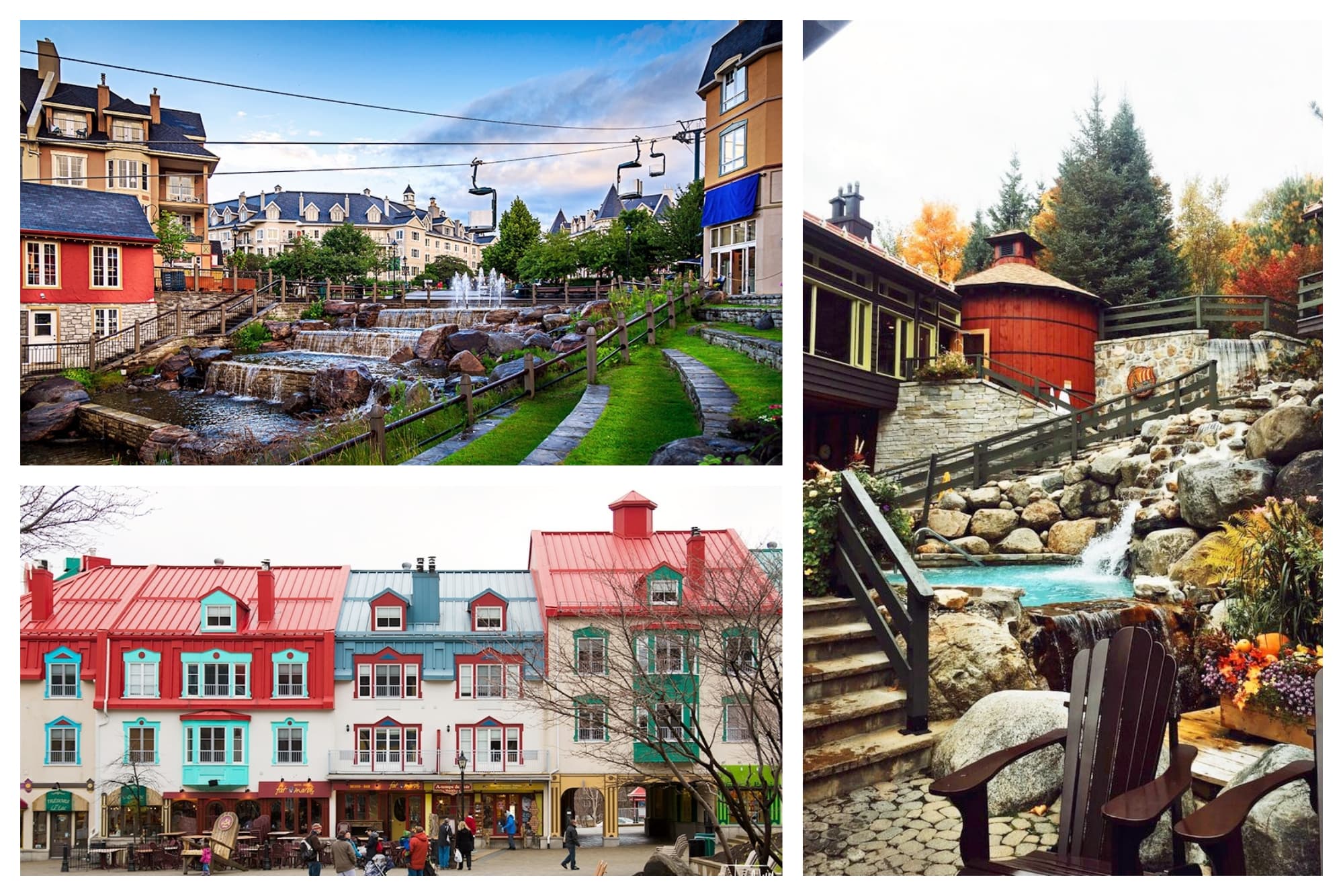 Perhaps you’ve heard of a little giant called Mont-Tremblant. This place is a world-class skiing destination, both for the slopes and the fancy drinks apres-ski. Perhaps it’s no surprise, then, that this sporty town is a favourite amongst Canadians.

Top Things to Do in Mont-Tremblant 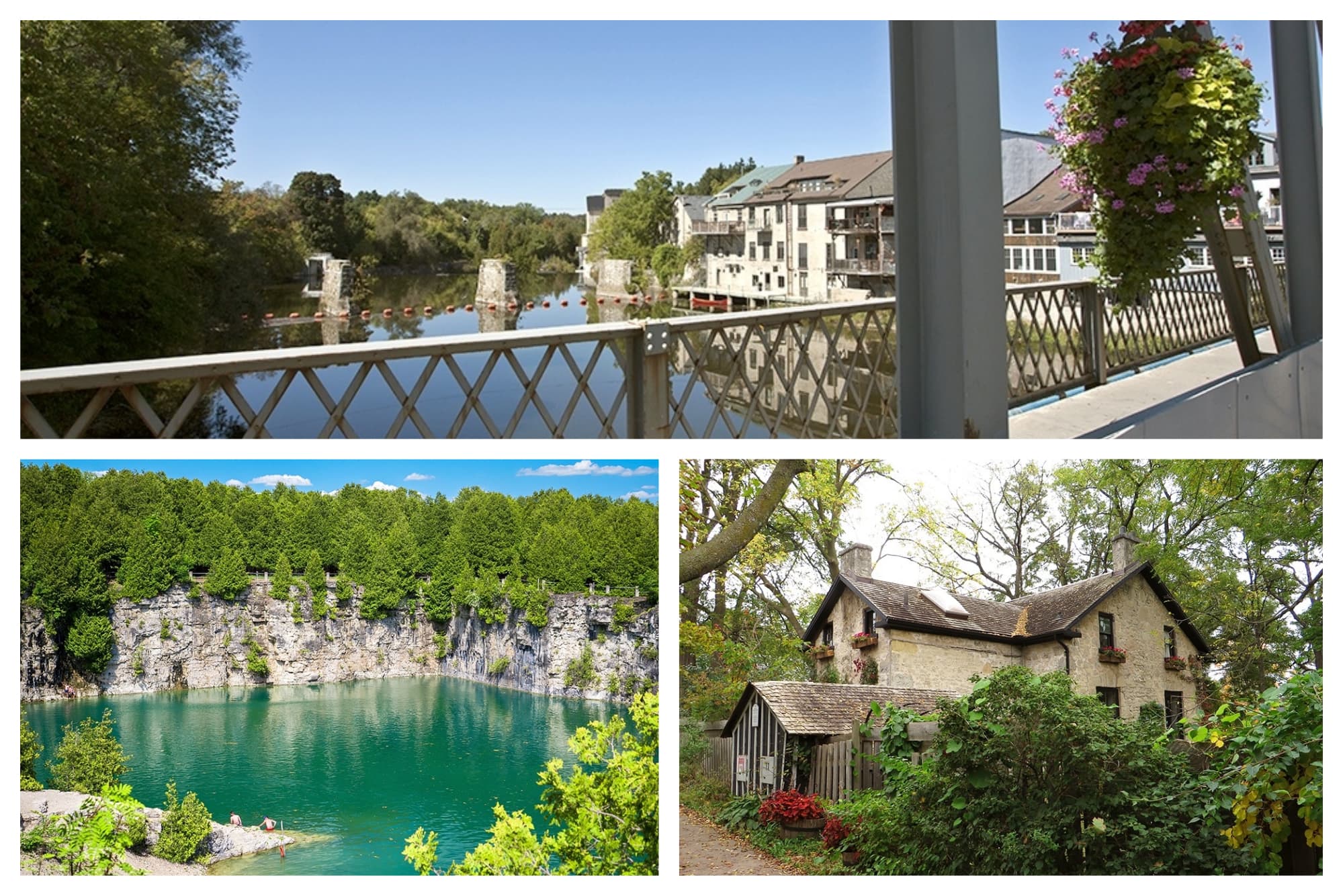 If Elizabeth Bennet from “Pride and Prejudice” were looking for a place to holiday, she might find Elora, Ontario, the perfect spot. Located on the banks of Grand River and Irvine Creek and encased by gentle hills, “idyllic” was invented for this kind of place. We can’t guarantee you’ll find Mr. Darcy at the local cafe, but you never know.

Top Things to Do in Elora 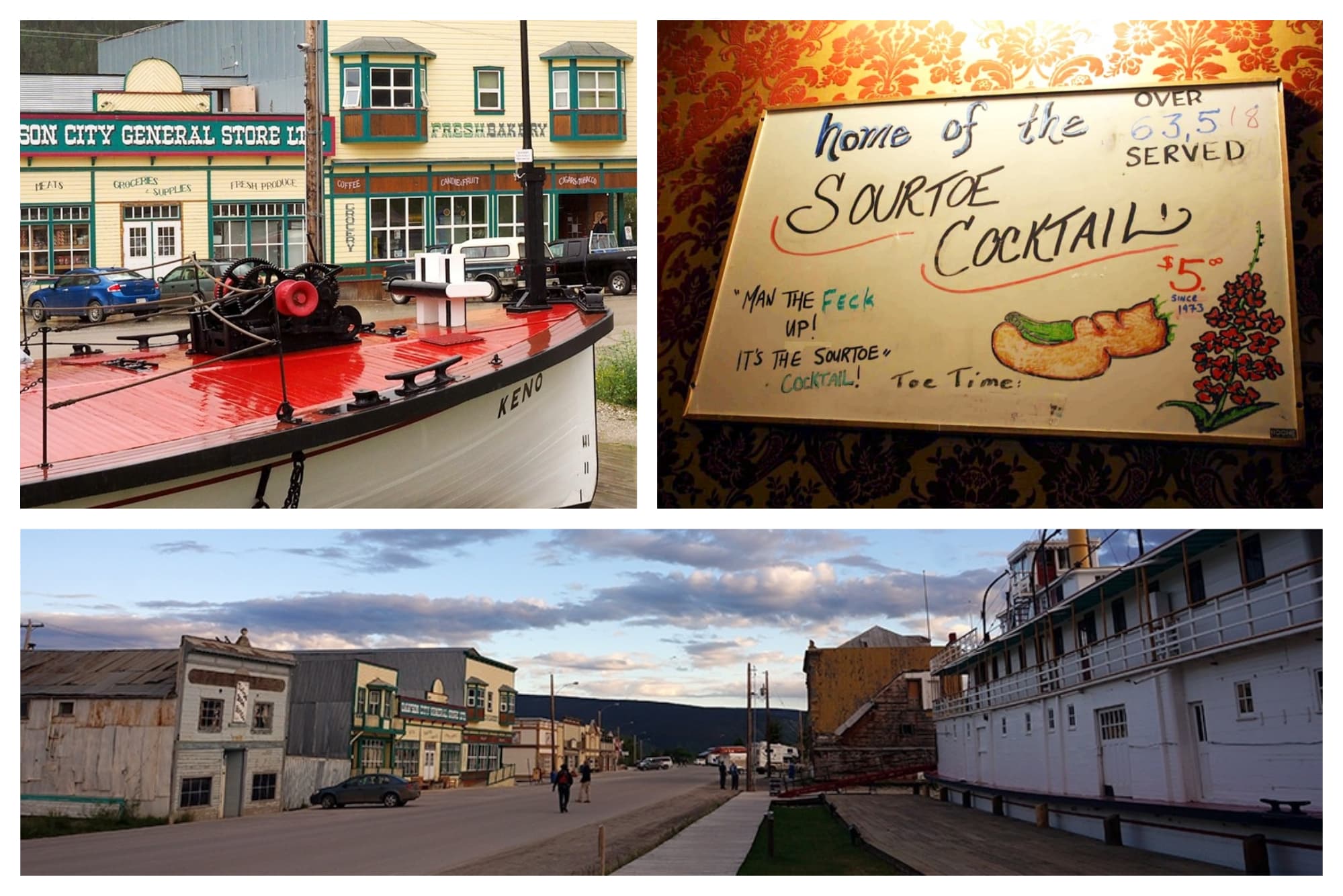 Dawson City is that fun cousin who lives in the middle of the wilderness and puts on parties so good, so extreme, so insane that you can’t help but want to visit. The town’s lively spirit has certainly made an impression on travellers, as it was chosen as one of the most popular places in the Yukon and beyond. When drinking a cocktail made with a dead man’s frostbitten toe (aka the Sourtoe Cocktail at the Downtown Hotel) is considered a normal pastime around here, you’re in for one heck of a time.

Top Things to Do in Dawson City 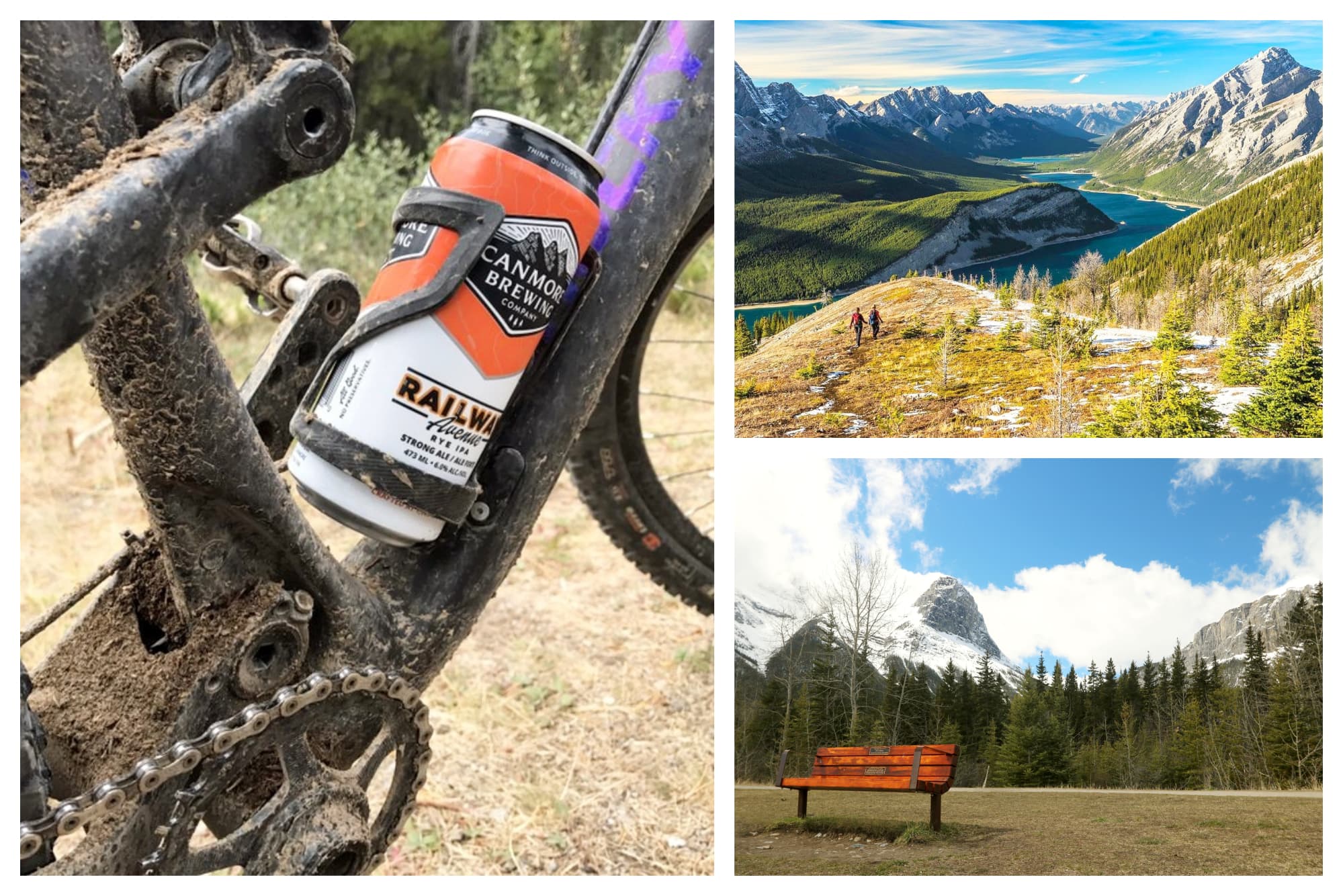 The mystery is solved: All the sweeping wedding photos popping up in your Instagram feed were taken in Canmore. Jagged mountains. Elegant dining. Pine air. Spa steam. All the seasons. If there’s a town that just seems to get it and slay it, it’s Canmore. Perhaps that’s why it’s on everyone’s favourites list. Good choice!

Top Things to Do in Canmore 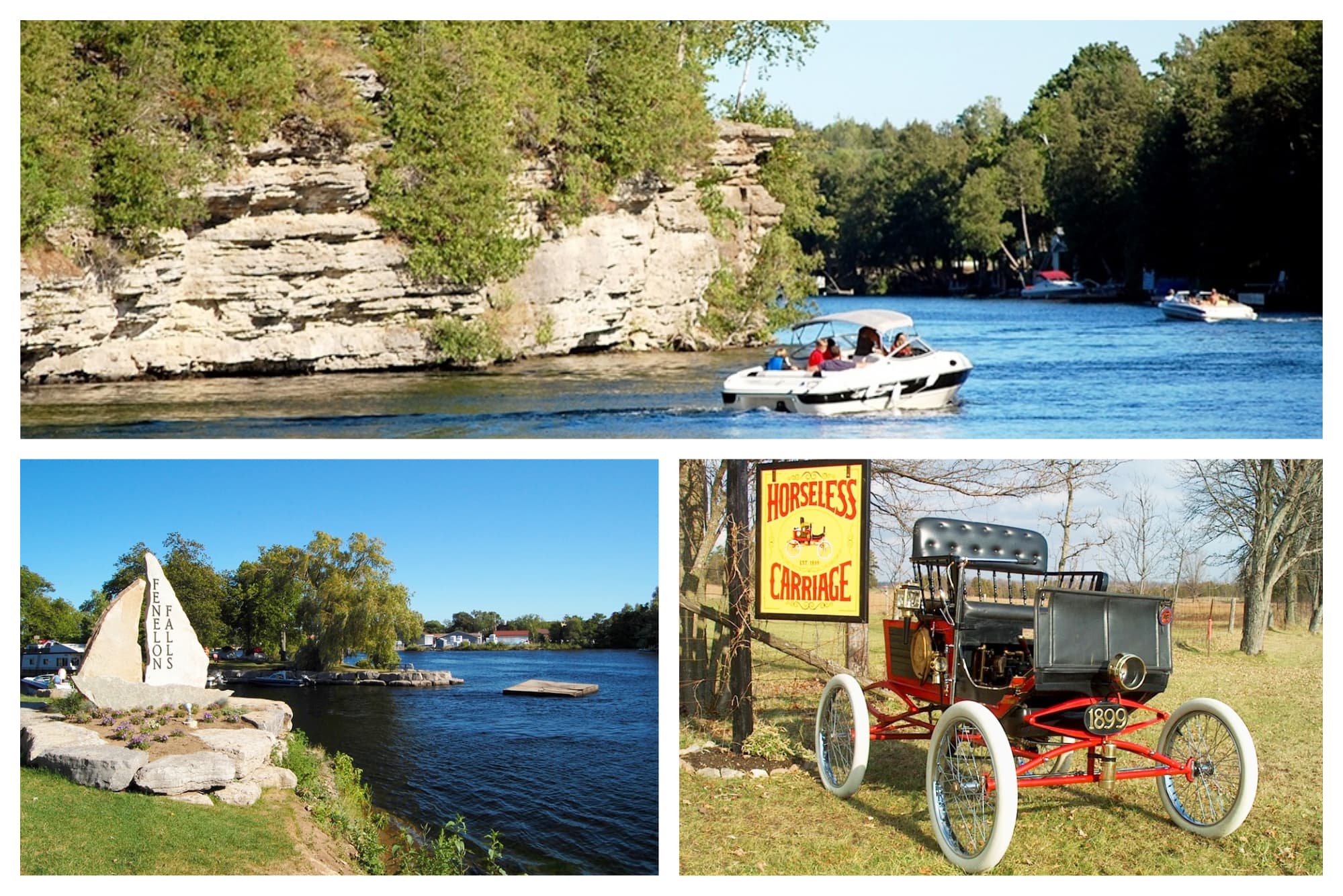 On the shores of Cameron Lake is a hidden gem that apparently isn’t as hidden as one may think, considering it’s in the top 10 most popular small towns in Canada. But it’s no surprise that once people visit Fenelon Falls, they can’t stop talking about it. This is where you’ll find a mix of beach areas, waterfalls, and a sense of history that gives this place a certain glow.

Top Things to Do in Fenelon Falls 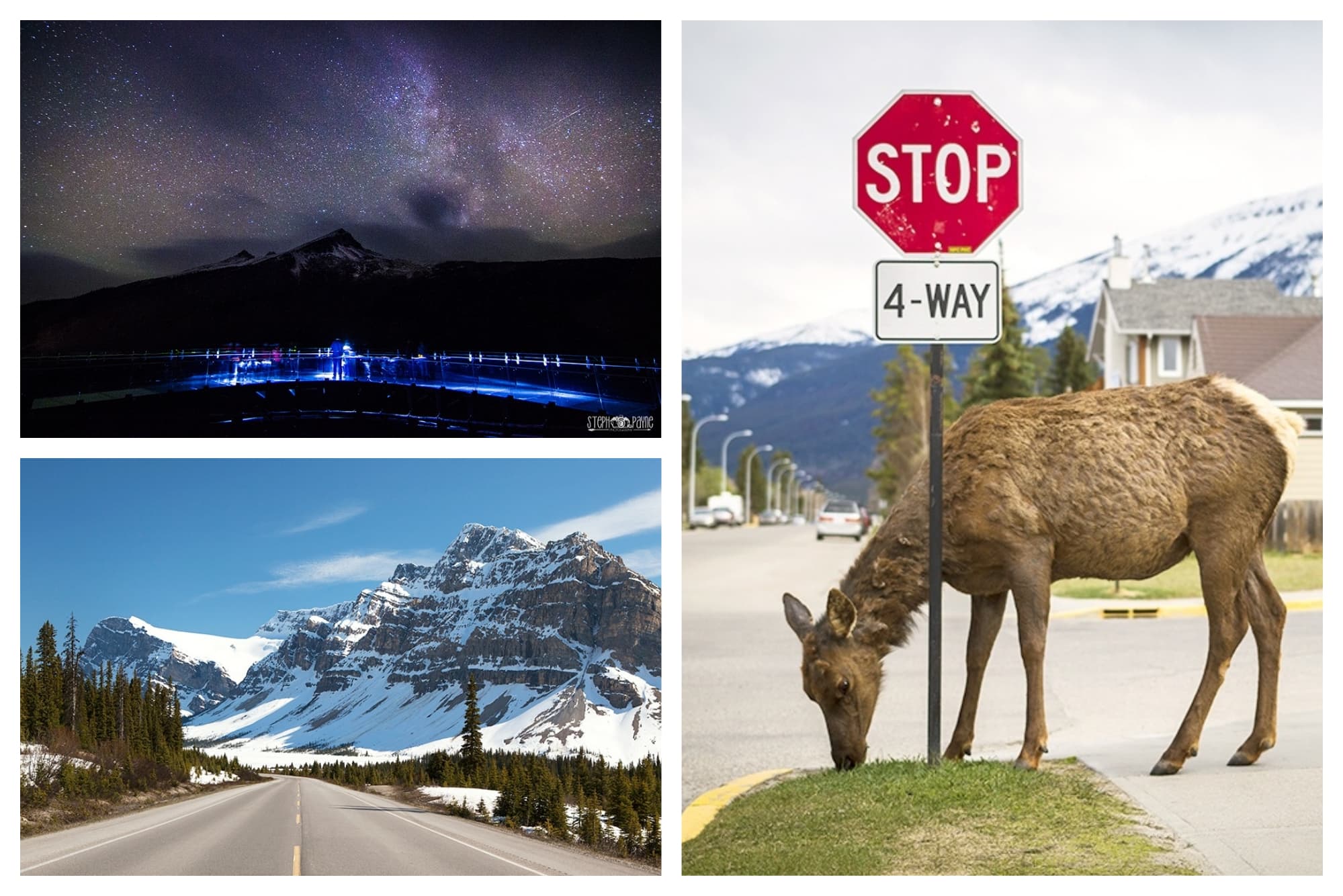 Sliding in at number nine of the most popular small towns in the country is Jasper. Known for its rugged outdoors, it’s the place you’ll find tons of people wearing flannel in a non-ironic manner. With Jasper National Park in its backyard, nature is the No. 1 attraction around these parts. But we can think of a few other things to check out if you’ve never been—or are returning for a second, third, or fourth time.

Top Things to Do in Jasper 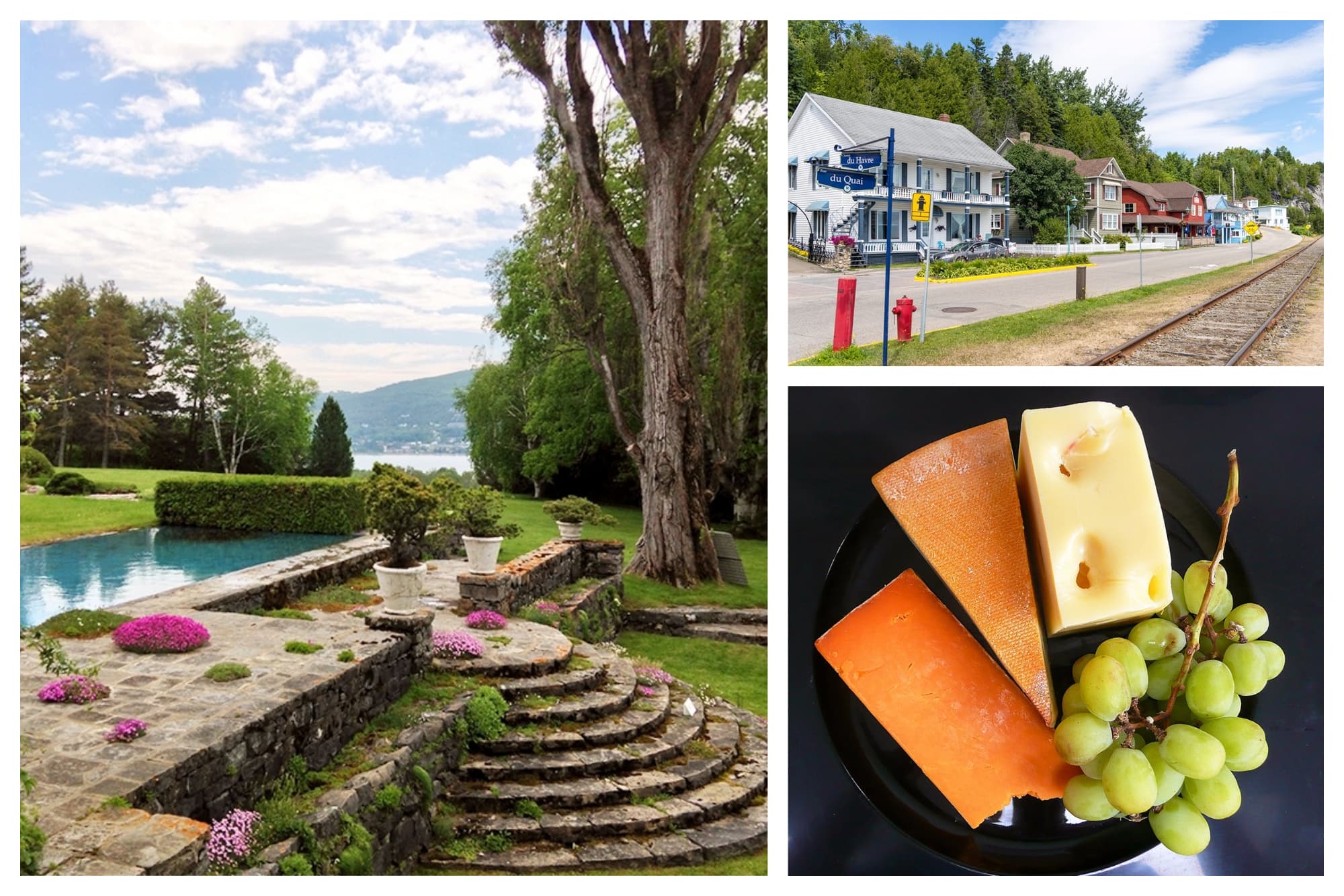 Any place that’s known for its cheese automatically wins a spot in the hearts of travellers. The Charlevoix region in Quebec is a hotbed of phenomenal produce, cheese, and sweets. The fact that it’s located in such a scenic landscape doesn’t hurt, either. Arrive hungry. You’re going to feel like a bowling ball when it’s time to leave.

Top Things to Do in Charlevoix 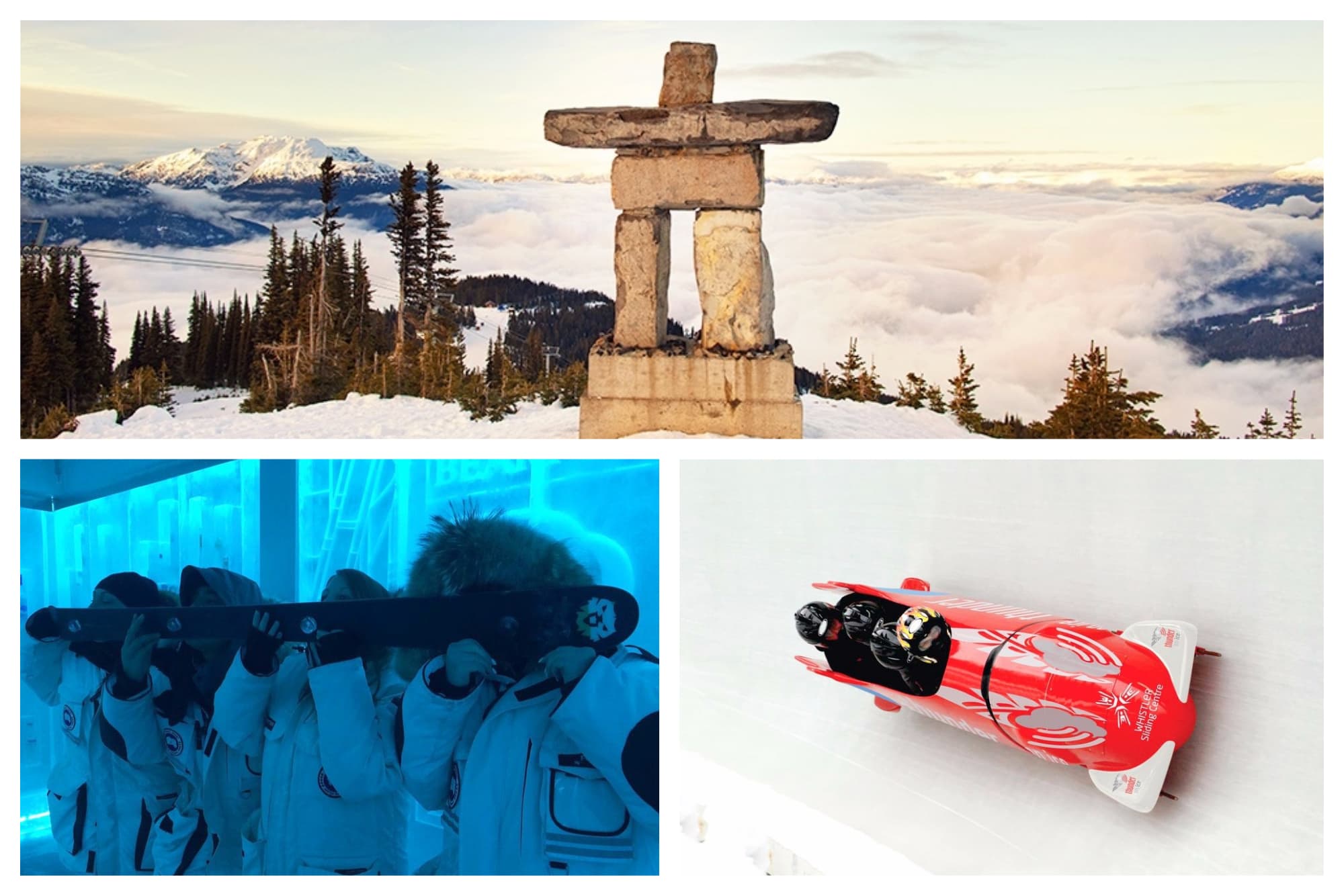 It’s one of the most popular ski destinations in the world, so it was no surprise to see Whistler on Canadian’s favourite small towns list. When people paint mountain landscapes and dream-like atmospheres, they may as well be depicting Whistler. You simply feel good here, period.

Top Things to Do in Whistler 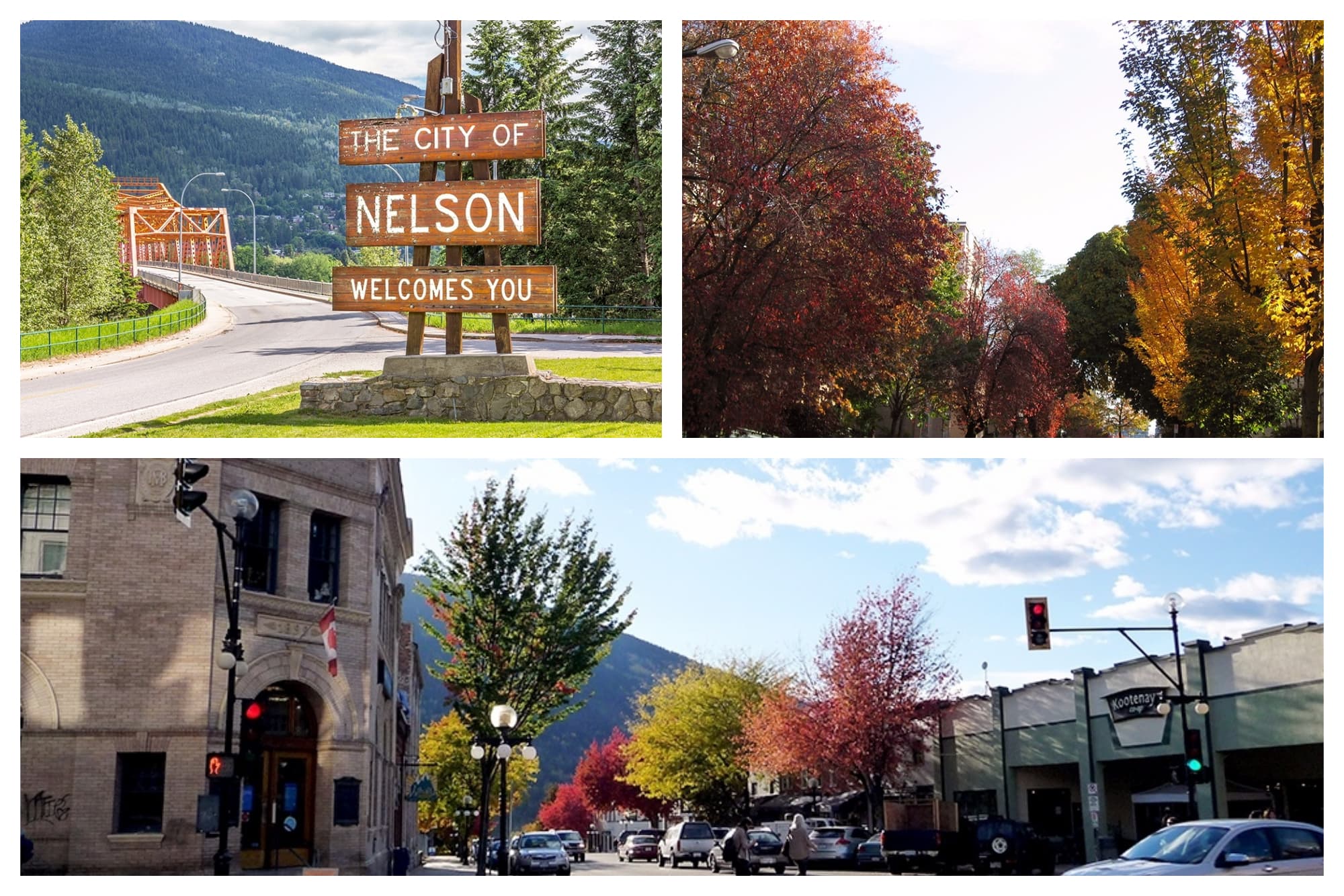 Nelson, British Columbia, is one of those places where a liberal arts degree actually can be put to good use. Case in point, it’s often ranked as one of the best small arts towns in the country. Be it the theatre or public paintings or handmade jewelry, this place knows how to push the boundaries of texture and colour.

Top Things to Do in Nelson 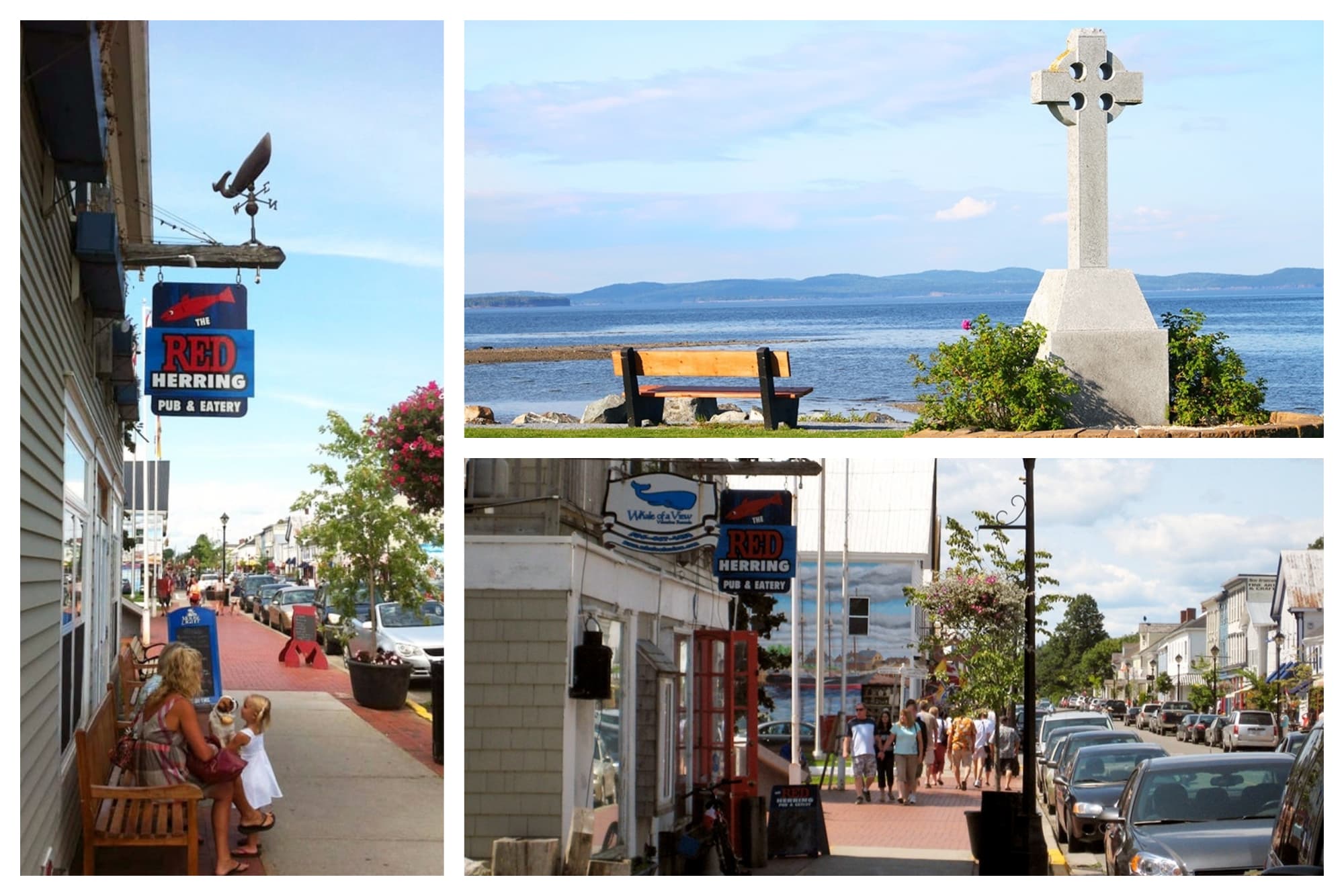 Bobbing boats in the harbour, murals illuminating the walls, and the enchanting Kingsbrae Garden welcoming all who enter make St. Andrews a top small town. If you don’t like pretty things, this just isn’t for you, because this little city is downright charming.

Top Things to Do in St. Andrews 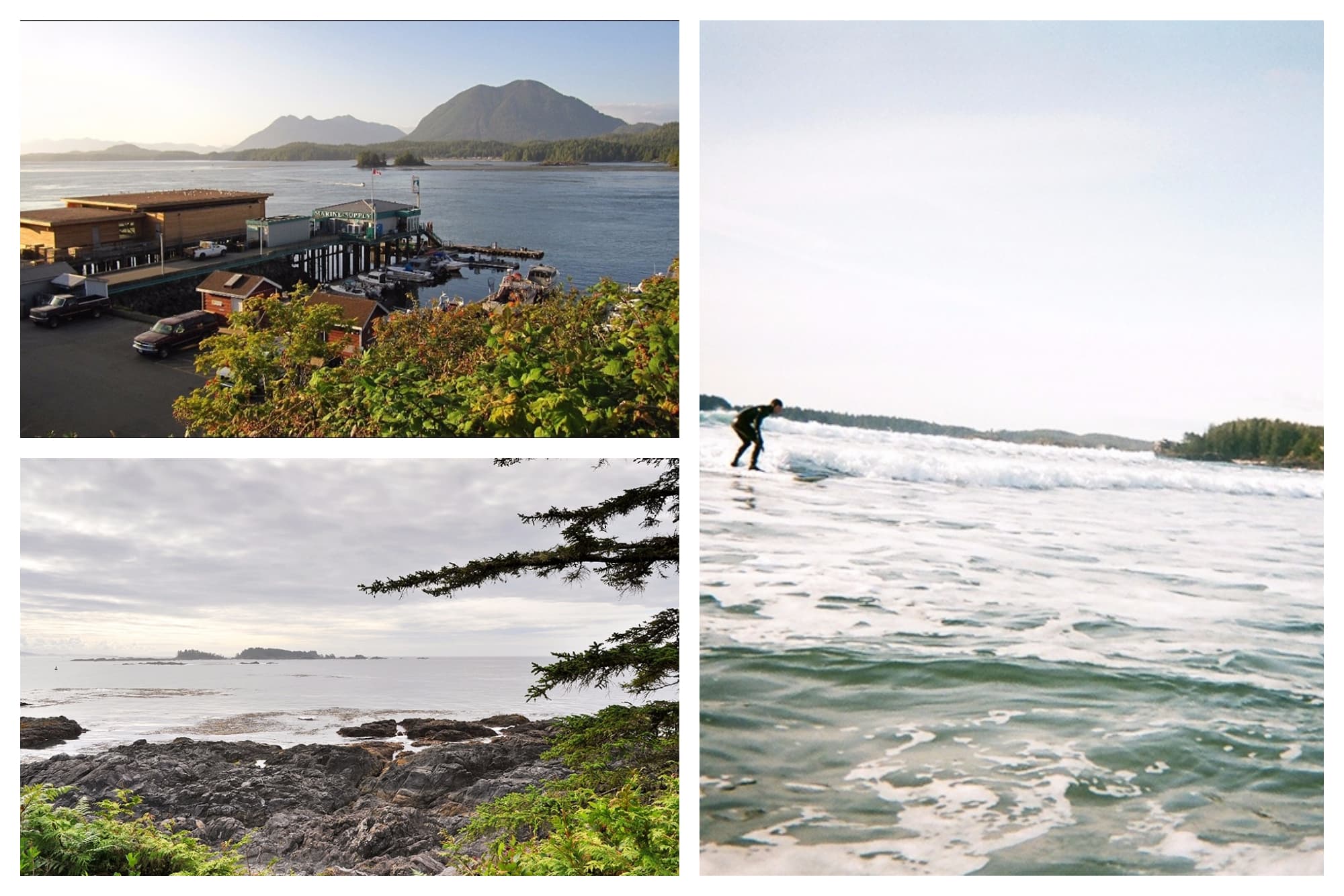 Goofy foot isn’t a movie or something you hide from your mom; it’s a surfing term. And if you already knew that, then you’re likely already running out to the waves as we speak. For the best in Canada, there’s one place above the rest: Tofino. Big waves, big boards, and big moments that stretch into almost instant nostalgia. No wonder so many Canadians chose it as their favourite small town.

Top Things to Do in Tofino 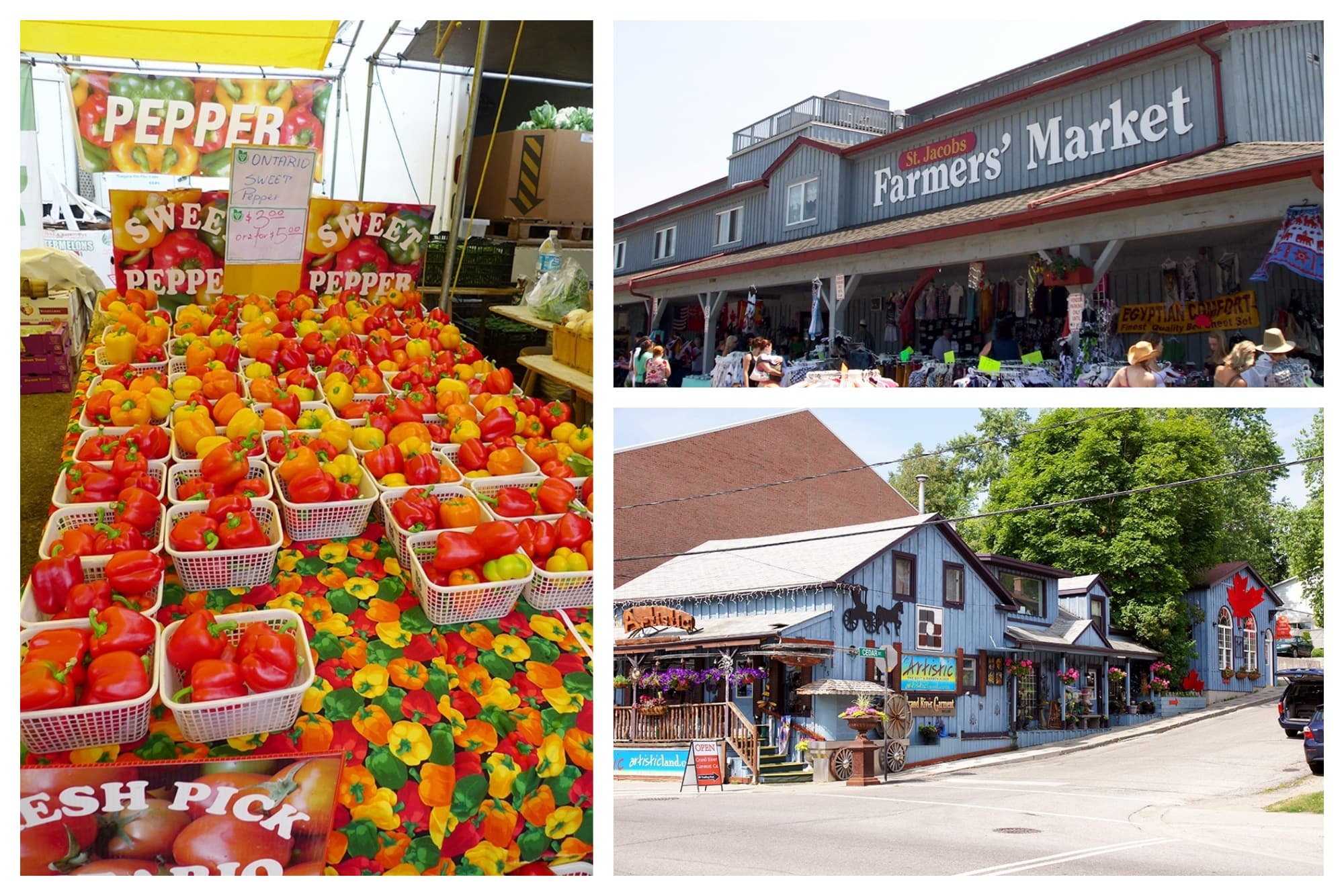 There are farmers markets and then there is THE farmers market. Yes, we’re talking about the one in St. Jacobs, which is the largest year-round farmers market in the whole country. Every Thursday and Saturday (and Tuesdays during summer), you can encounter a cornucopia of local produce. We’re talking freshly cracked bread, meats straight from the butcher, and just about any fruit and veggie you could want. Perhaps it’s really no surprise then that voters ranked it in the top 5 small towns in Canada. You can’t argue with foodies!

Top Things to Do in St. Jacobs 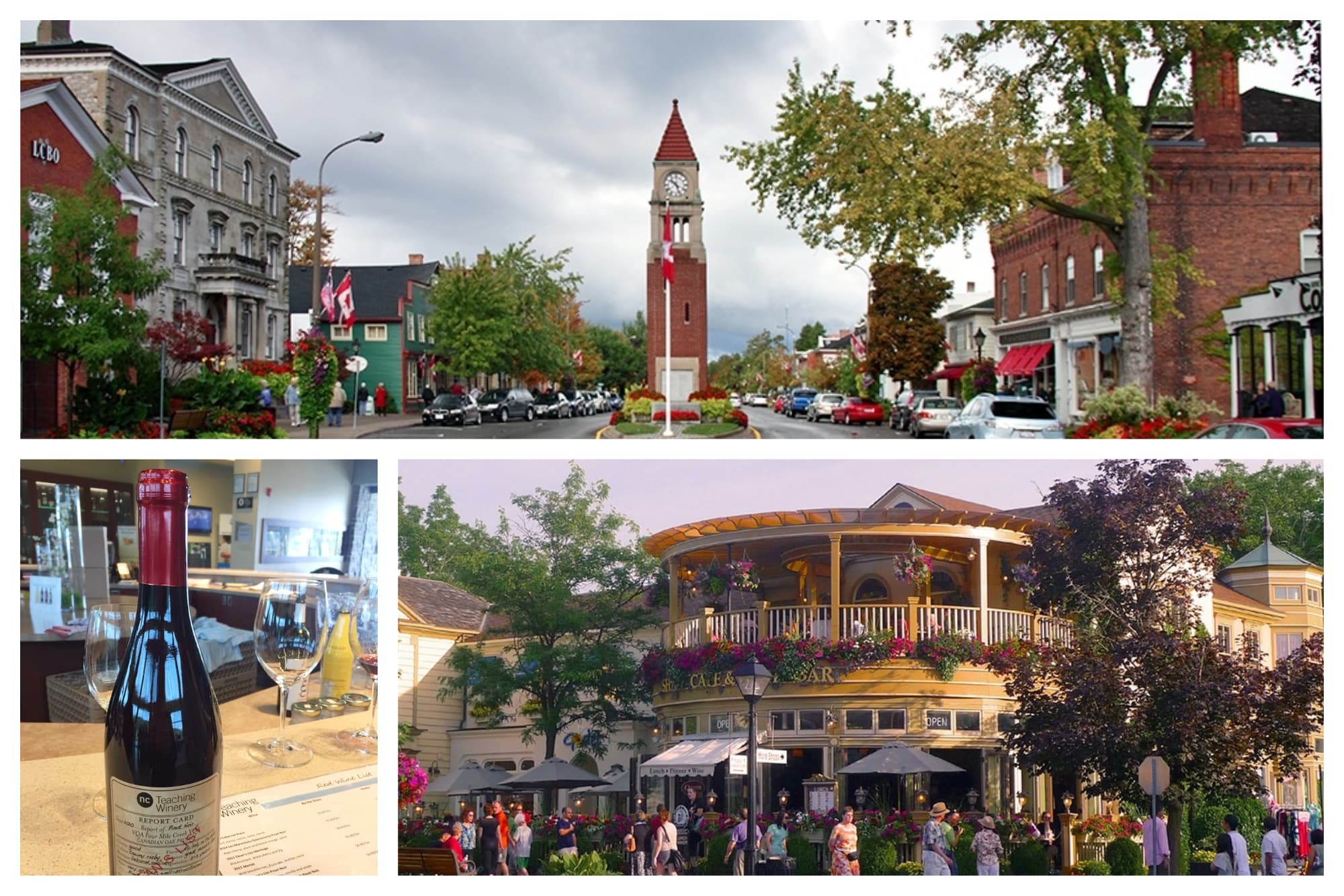 If you’re feeling thirsty—and we’re not talking about looking at pictures of Ryan Gosling—then we know where you can get your wine filled to the brim. We’re talking about Niagara-on-the-Lake, where winos, aficionados, and all the o’s have selected this town as one of their absolute favourite places to be. Whether they remember much about their trip is another story, but they sure had fun while they were there.

Top Things to Do in Niagara-on-the-Lake 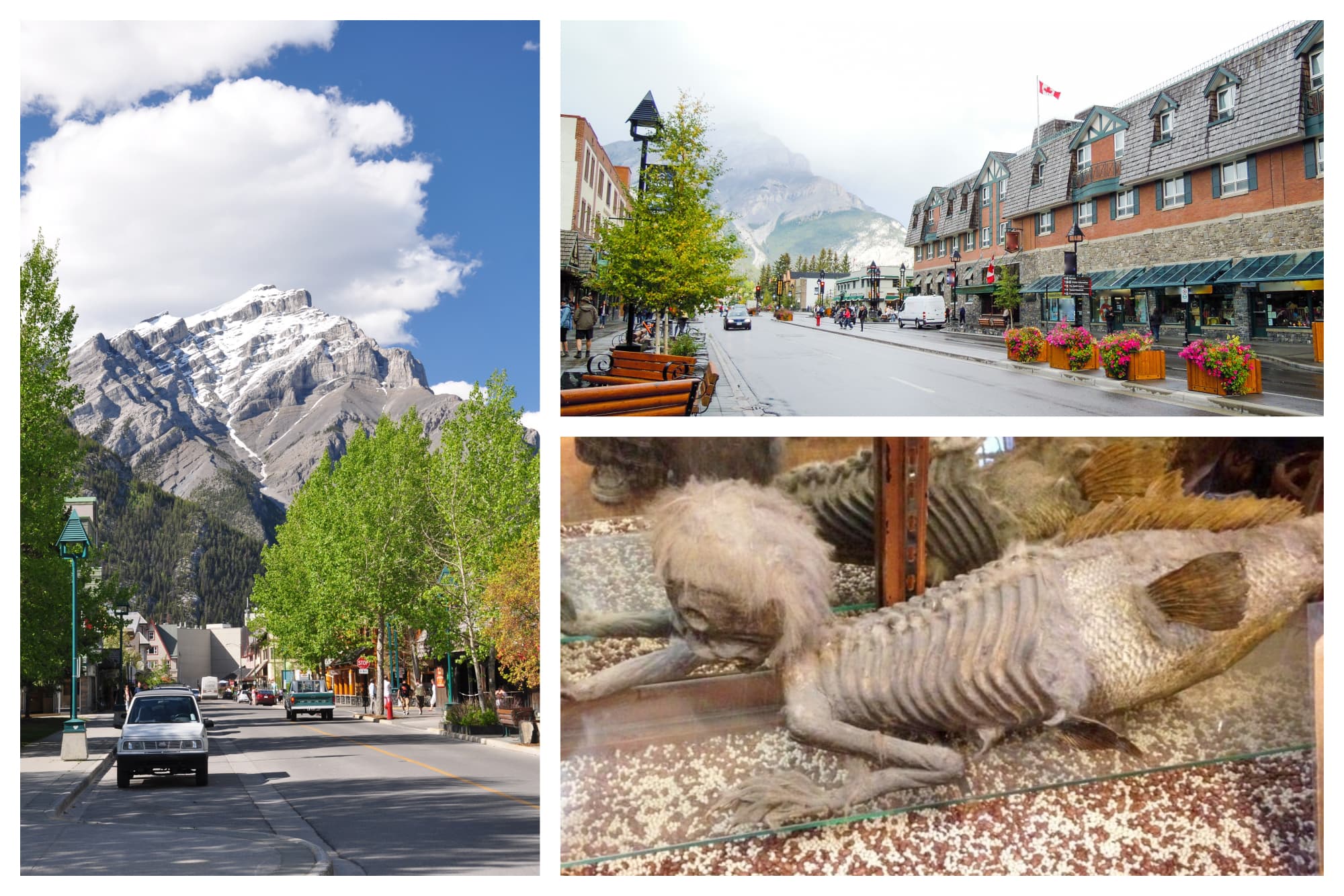 Banff, how we meet again! It’s not a surprise that Banff routinely crowns so many best-of lists. There aren’t many places on earth that make you feel like you’ve walked into a fairytale. No traffic, no flickering desk lights, and no dinner served in frozen packets, here. Banff is all about that brisk air nipping at your lips and fingertips, and enough trails that you can still take the road less travelled (so to speak). Banff, you’ve done it again by being the top pick.

Top Things to Do in Banff

When it comes to the best small towns in the country, the people have spoken. Whether they love the town’s wine, nature, or just the overall vibe, these destinations have made an impression. What are you waiting for? It’s time to get travelling!