The millennial. Maybe he’s currently wearing ironic suspenders while typing a text message on a typewriter. Perhaps she’s wearing a floppy hat, taking a picture of her brunch. However you feel about them, these Instagram-happy, eco-aware, darkly humorous explorers have something you can’t deny: They have excellent taste in travel.

Millennials aren’t just trend adopters, they’re trendsetters. This is why just about everyone is dying to know about millennial travel trends these days. Luckily, they’re happy to share the goods. Here at Expedia.ca, we asked 1,000 real Canadians where they’d recommend travellers visit in 2018, and then filtered by the millennial voice (ages 18-34). The respondents were more apt to international destinations, more introspective in their reasons, and more creative in their preferences—which makes us confident that these top places will soon become too popular for the average visitor. In no particular order, here are the top places millennials recommend you visit in 2018! 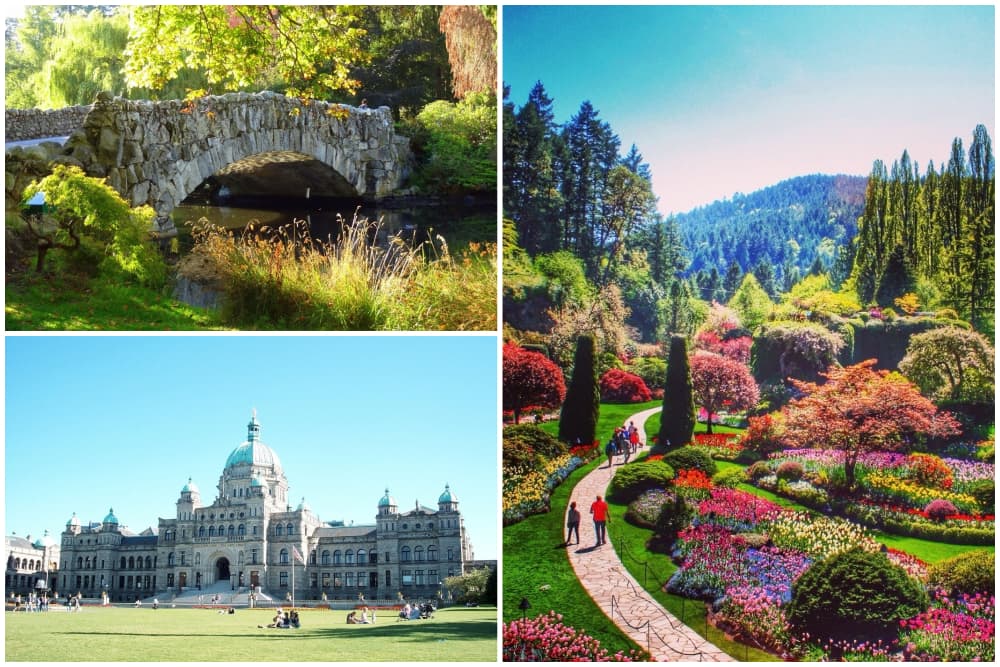 It’s no secret that Victoria, British Columbia, is a beloved city. But we’ll let the survey speak for itself. Victoria was one of the most recommended destinations by name. Given its attractions, location, and overall vibe of good living, we can’t say we’re surprised how popular it is with millennials.

Top Things to Do in Victoria 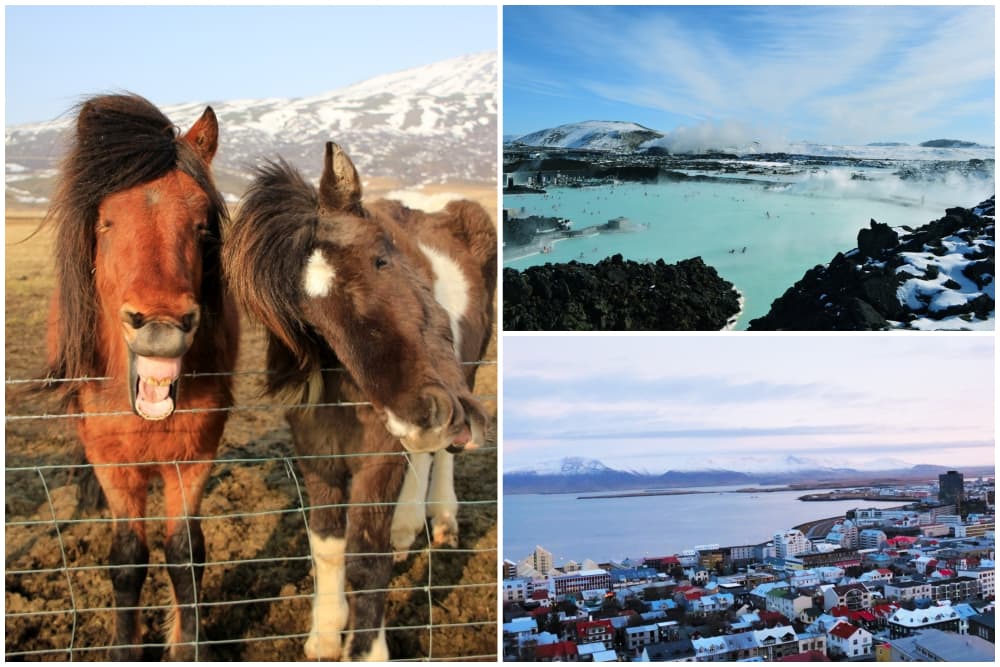 How come none of your friends are free to meet you for Taco Tuesday? Because they’re all in Iceland. In case you’ve been living under a rock, Reykjavik is the place to be these days. Maybe it’s the affordable airfare, maybe it’s the stunning Instagram-worthy landscapes, or maybe it’s the chance to listen to Of Monsters and Men on Spotify as you’re actually driving through the mountains they sang about. Whatever the reason, it’s one of the top travel destinations for millennials, and one of the most recommended places by name.

Top Things to Do in Reykjavik 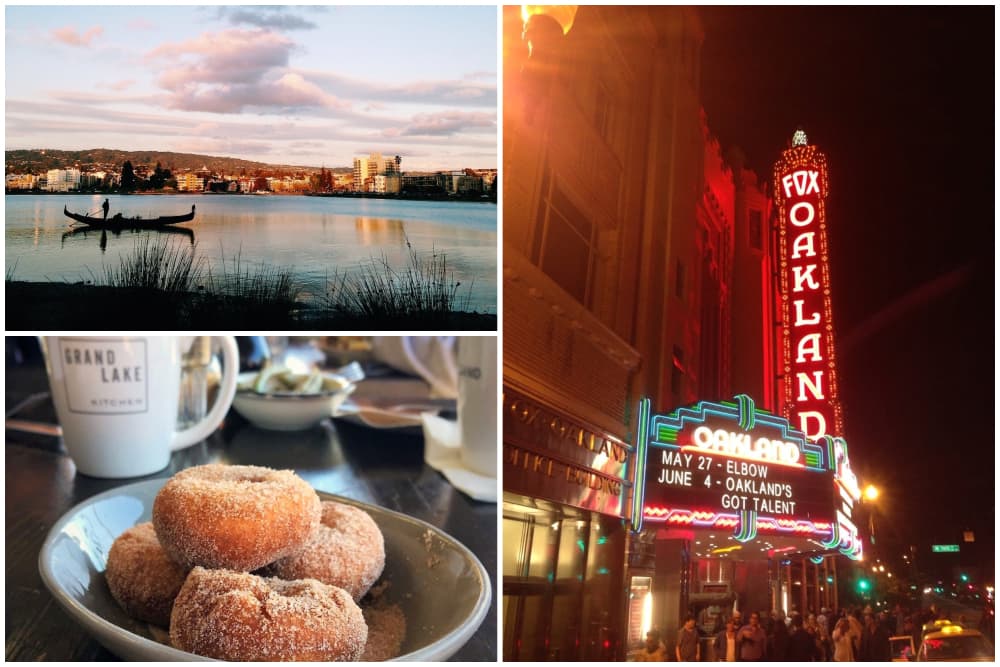 Oddly enough, both stuffy economists and pierced baristas could tell you the same thing: Oakland is one of the hottest places for millennials. From a pure numbers perspective, Oakland is one of the top growing cities in America for this age group—coming in second in a 2015 SmartAssets report that looked at U.S. population trends. When we saw “California” recommended in our poll, we had a hunch where everyone was visiting.

Top Things to Do in Oakland 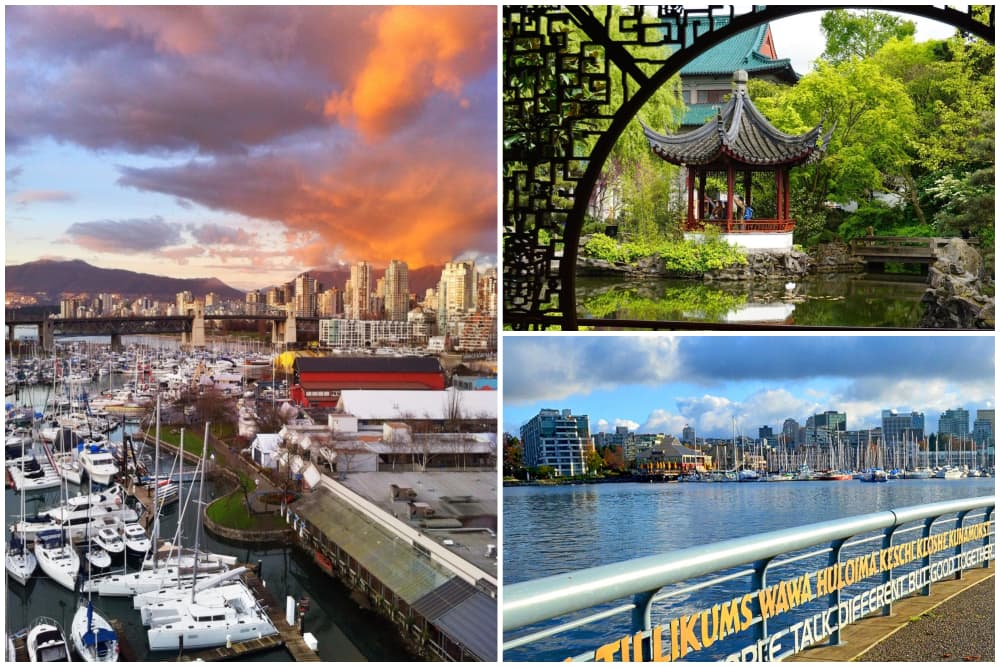 Want to know a secret? One in four millennials in our survey said that Vancouver was their favourite big city. Furthermore, it was one of the most recommended cities by name. And really, what’s not to like? Tons of breweries. Excellent vintage shopping. Plenty of distinctive attractions. In other words, a mecca for millennials.

Top Things to Do in Vancouver 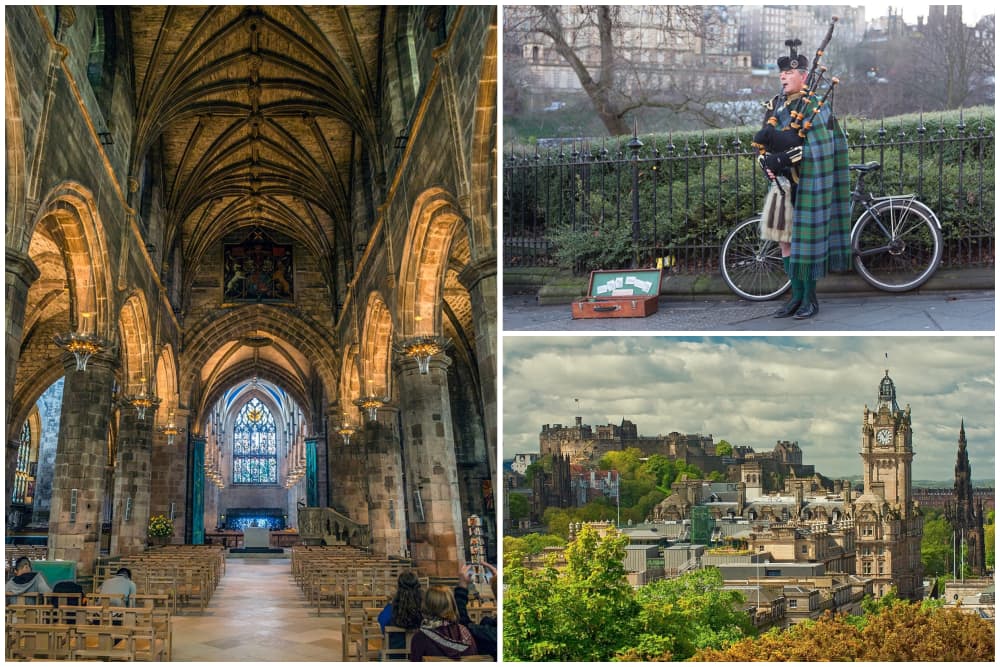 One thing that surprised us when we looked at our survey results was how many times Ireland and Scotland came up as answers. The millennials are coming, guys! We saw “Edinburgh” come up the most by name, which is why we’re going to give it extra love. Not that it needs it. As Scotland’s capital city, this hot spot is well-regarded for its pretty sights and good pubs.

Top Things to Do in Edinburgh 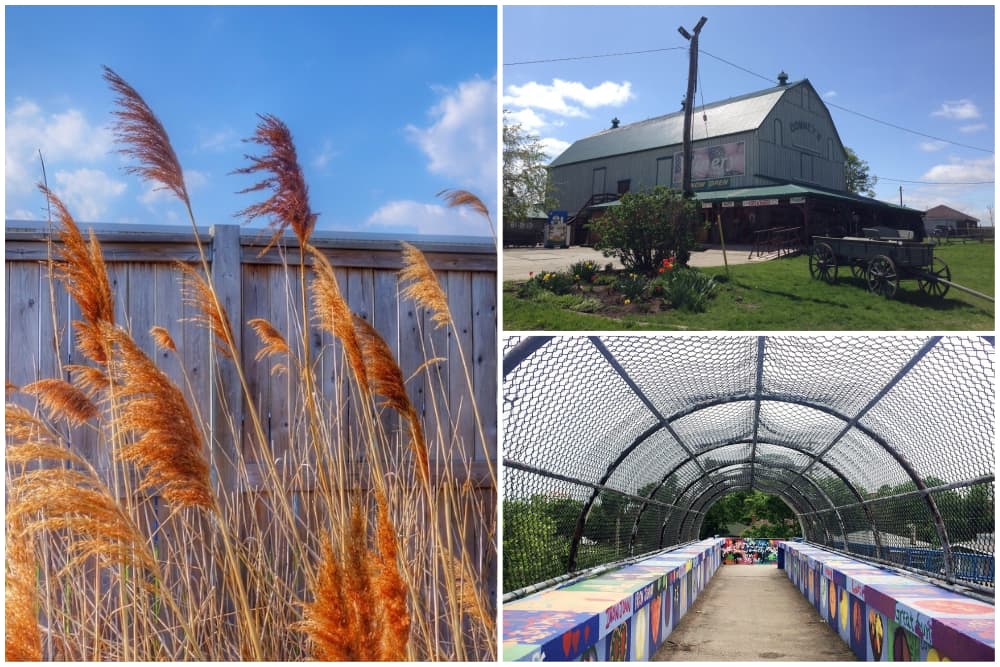 We saw Ontario show up on the recommendations list as often as “avocado toast” shows up on millennials’ shopping lists. And when you look at the data, it isn’t surprising to see why this province is so popular. Many of the major cities are teeming with millennials. Per Statistics Canada, Brampton in particular is one of the youngest big cities in the country, with an average age of 36.5 (Calgary is next with 37.6). Where are all those cool kids hanging out? We’ll tell you.

Top Things to Do in Brampton 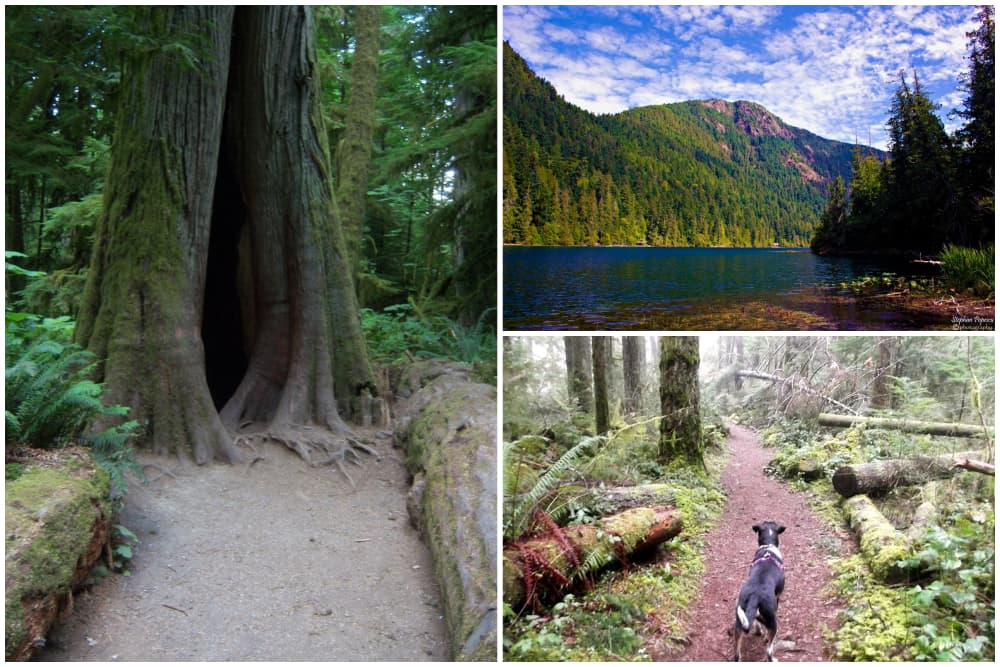 Recommended by name in our survey, Port Alberni is the hot lumberjack-hipster of British Columbia. This outdoorsy destination is well known for its easy access to the Barkley Sound and a wealth of hiking and boating activities. And after stretching your legs, there are plenty of options for a good craft brew or ice cream cone. In other words, it’s an active millennial’s dream spot.

Things to Do in Port Alberni 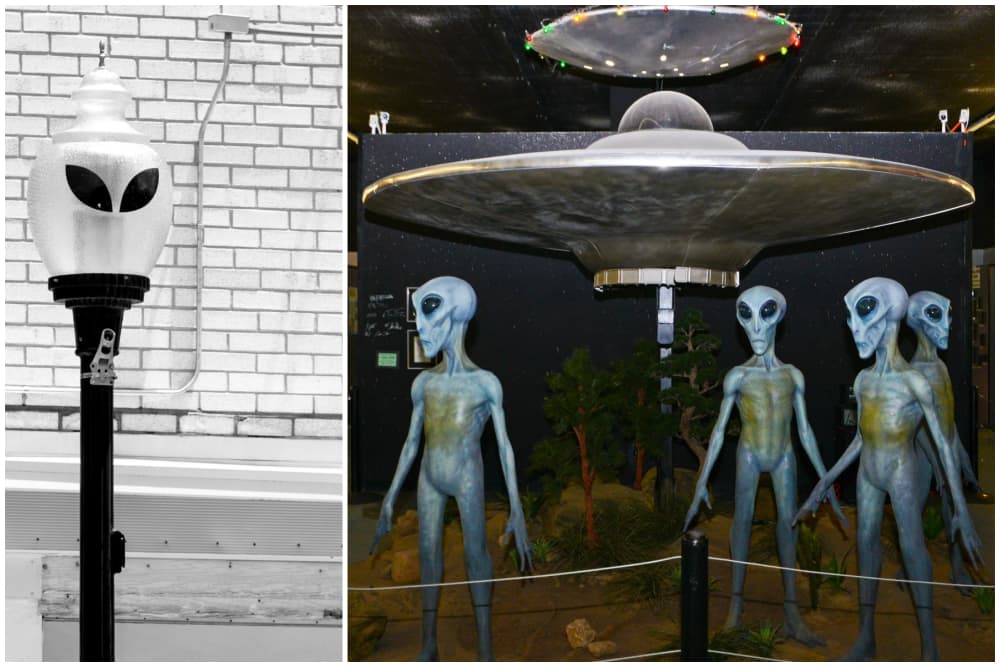 We had one respondent super excited to recommend New Mexico because of the “aliens.” Frankly, we’re not sure if they were serious about their hunt for extraterrestrial life, but hey, aliens are indeed something unique on a vacation! And there’s no better place to “find” them than Roswell, where there was a famous UFO “landing” in the mid-1940s. And if you don’t run into any little green men while you’re in town, there’s always green chile enchiladas.

Top Things to Do in Roswell 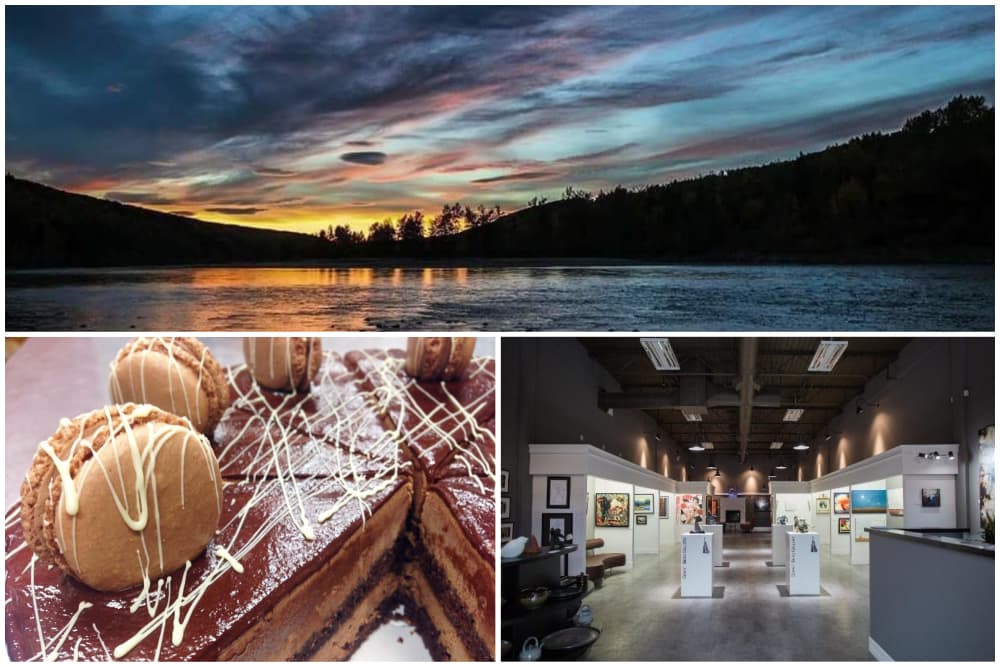 When we saw how often Alberta was recommended by millennials in our polls, we decided to do a deeper dive into the province. Where exactly are all the millennials located? Well, according to Statistics Canada – Municipal Affairs Alberta, Grande Prairie is one of the youngest cities in the entire province, with an average age of 33.5 years old. With that many young people, you can find some dynamic things to do around here.

Top Things to Do in Grande Prairie 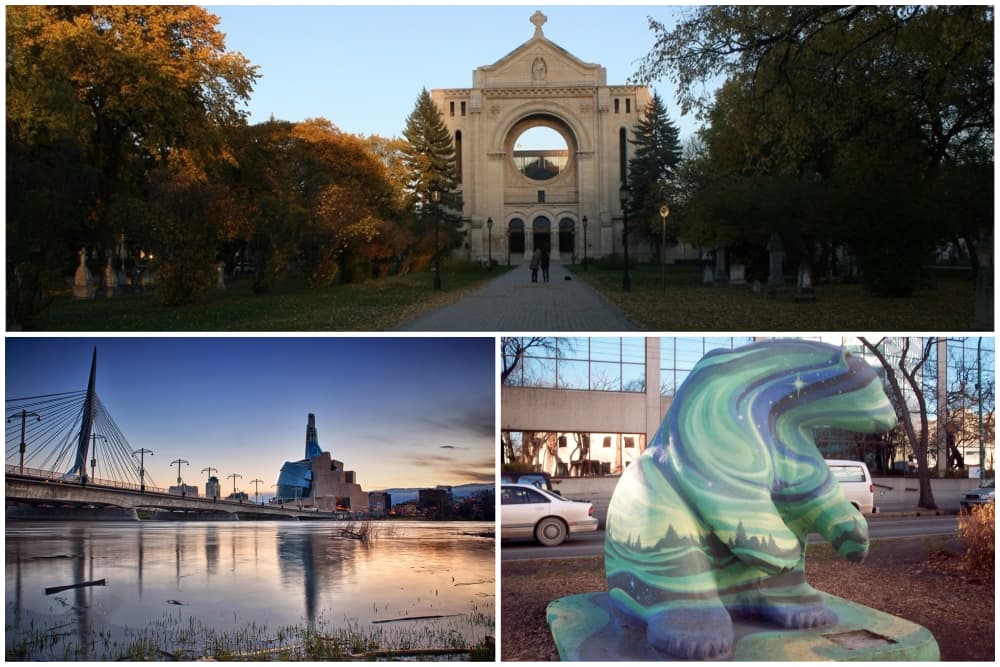 Winnipeg got tons of love in our survey, which is why we’re excited to highlight it here. This big city in the prairies offers plenty for those upscale twenty and thirtysomethings to do, with everything from relaxing day spas to thought-provoking museums.

Top Things to Do in Winnipeg 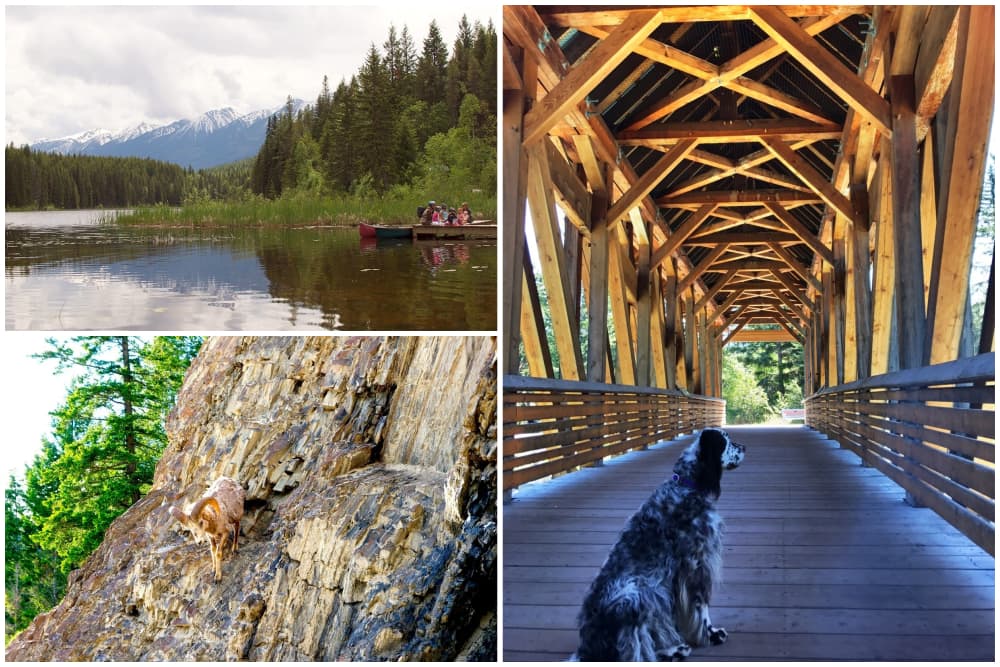 We had one respondent enthusiastically recommend “The Rockies” at large. Truth be told, there are so many fantastic towns illuminating the rugged peaks of the mountain range that it was hard to highlight just one. But if we had to narrow it down, we’re going with Golden, British Columbia. It’s crisp. It’s lovely. The name itself implies a golden winner.

Top Things to Do in Golden 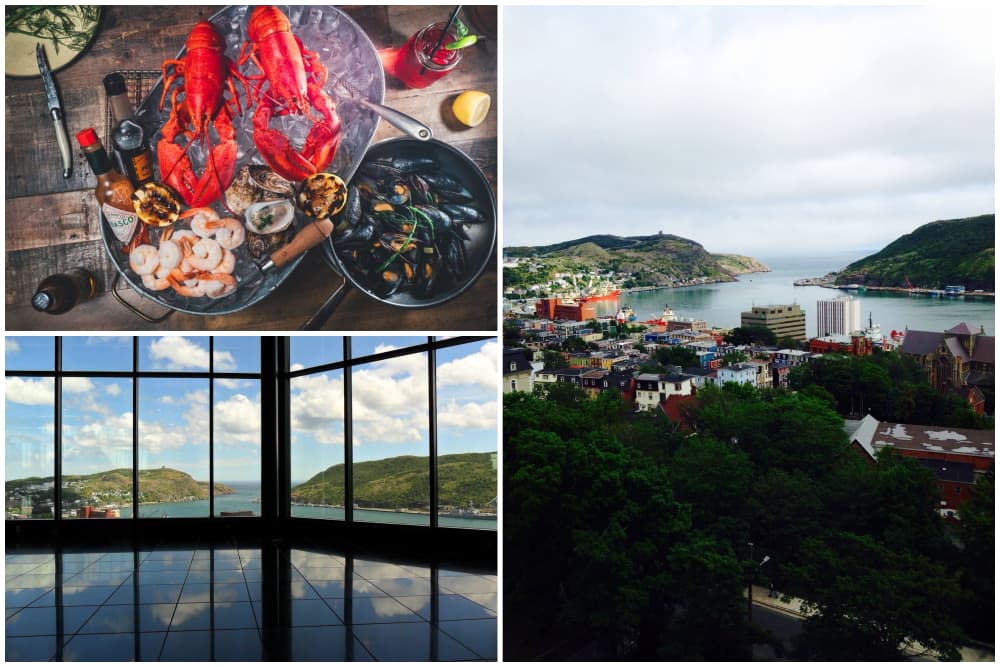 Here’s something that may not be news to you: All the millennials are moving to St. John’s (and Halifax, but we’ll get to that in a minute). When we saw Newfoundland and Labrador on the suggestions list, we did a little digging and discovered that the most affordable house prices these days are located in Atlantic Canada—creating a swell of the millennial population in the city. With so many young people calling St. John’s and the general area home, you can count on excellent attractions for visitors.

Top Things to Do in St. John’s 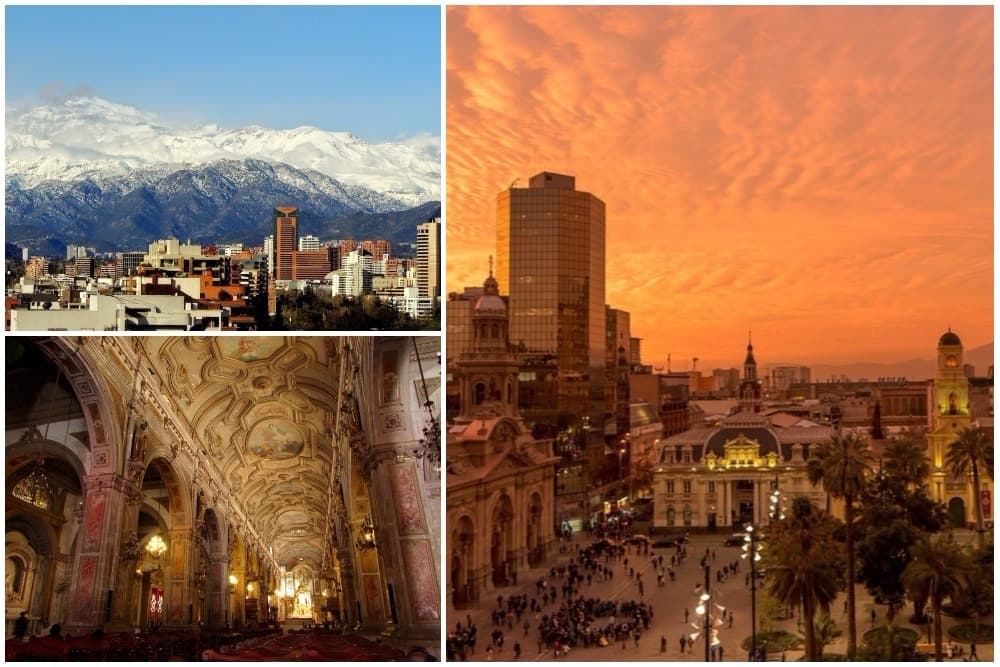 South America is having a moment. Left and right, millennials are packing up and heading down south for epic adventures in some of the most beautiful and dynamic countries on earth. When we saw Chile singled out in particular, we figured it was someone who just got back in time to type their answer. If you’ve never been here, Santiago (the capital) is a fantastic place to start your adventure.

Top Things to Do in Santiago 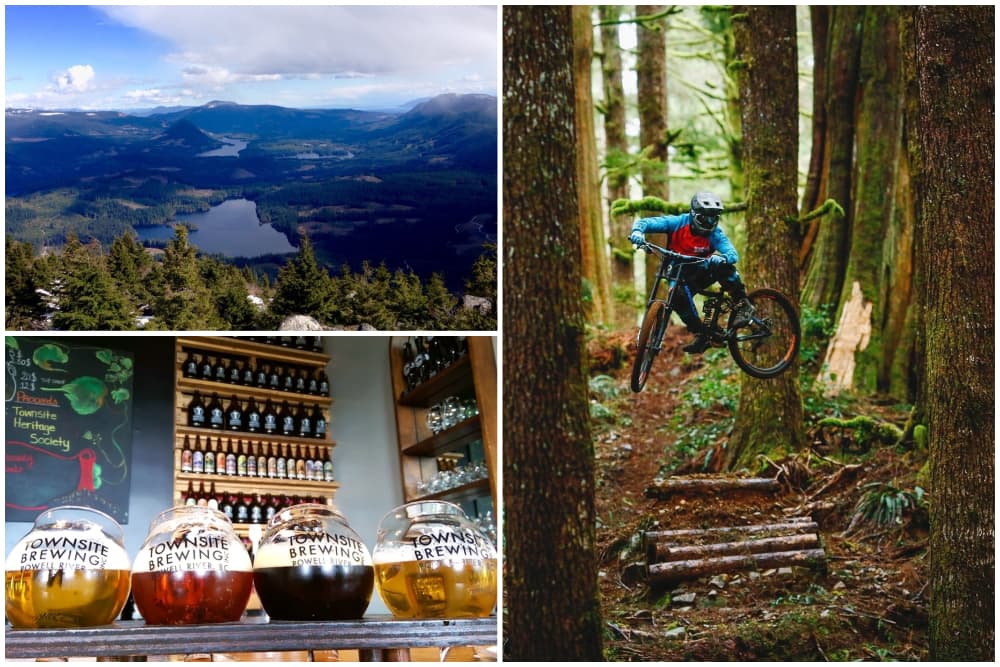 Have you noticed a theme, yet? Because yes, British Columbia was mentioned over and over and over by millennials in our survey. What can we say? This province is what we would call “trending.” One town in particular caught our attention: Powell River. Mentioned by name in our poll, this town has everything any millennial could want—coastal views, tasty food, and way more festivals than you’d ever expect.

Things to Do in Powell River 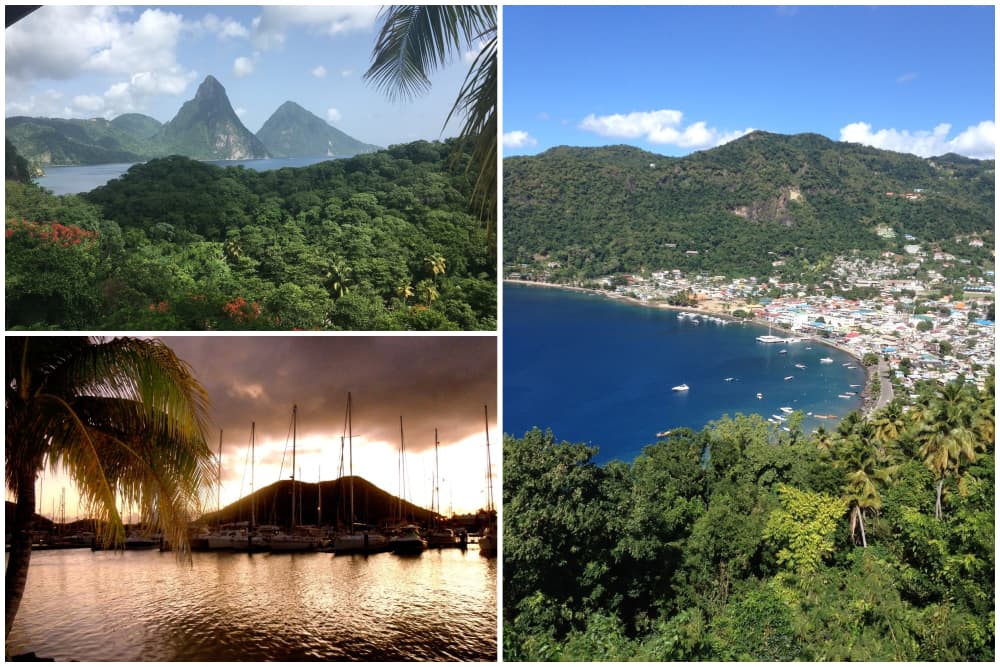 Where do millennials hit the beach? Judging by our survey, St. Lucia in the Caribbean. Mentioned by name in our poll, this tropical paradise is a top destination for twenty and thirtysomething travellers. Filled with incredible sights, it’s practically an Instagram picture come to life.

Things to Do in St. Lucia 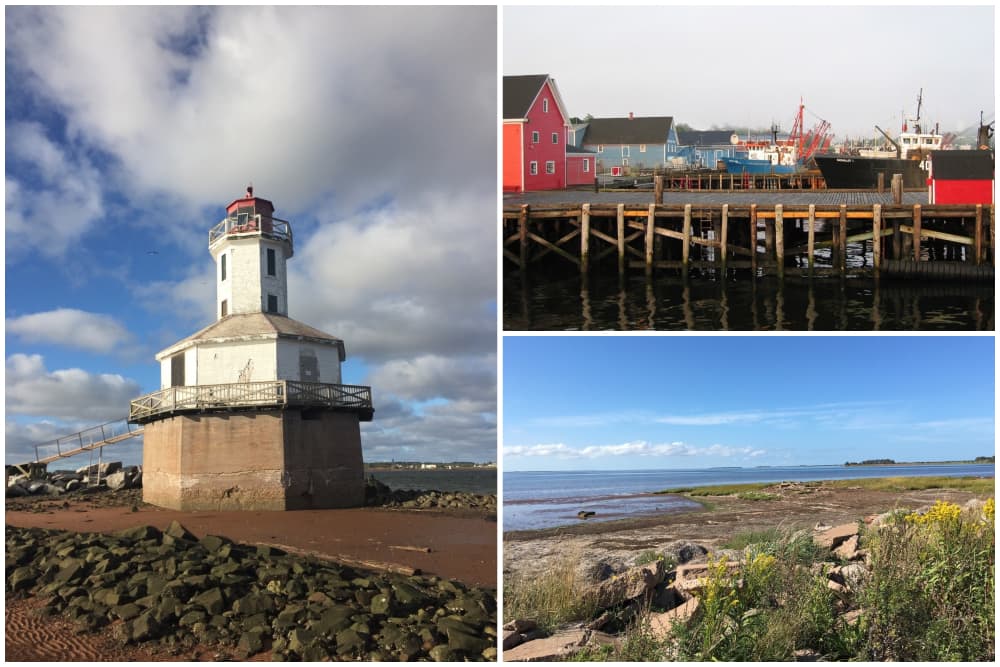 You might be surprised to know how often PEI was recommended by millennials in our survey. It wasn’t easy narrowing it down to one city in the province, but we happen to think that Summerside (the second-largest city on the island) is an excellent pick for its lobster and outdoorsy activities.

Top Things to Do in Summerside 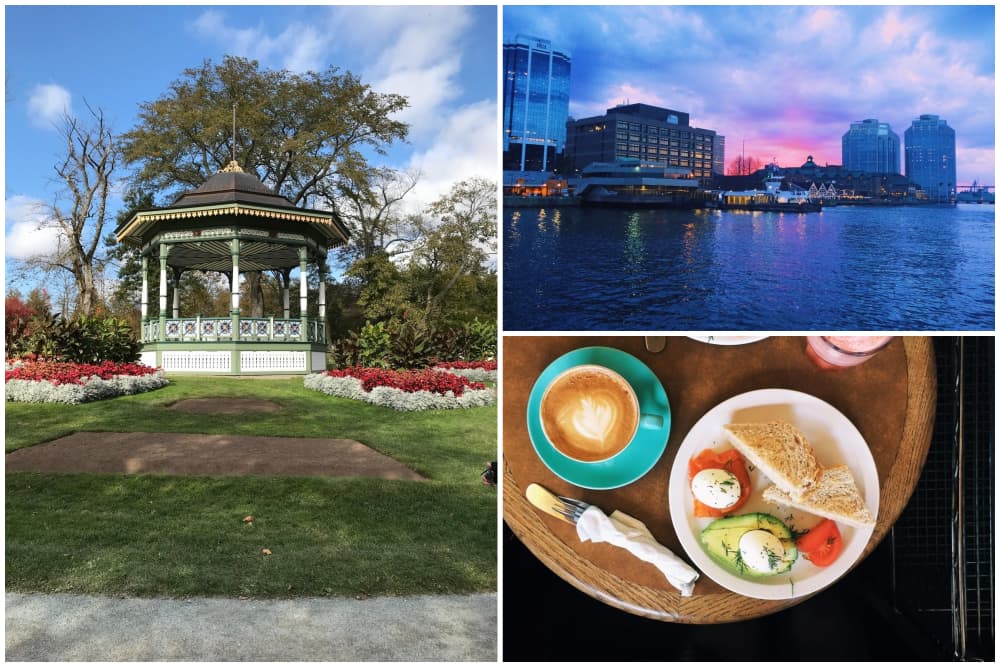 If you feel like Halifax and millennials are becoming synonymous these days, you’re not alone. In terms of real estate, Halifax is one of the fastest growing markets with this age group. Given how many times Nova Scotia showed up on our poll, we have a feeling travellers are making their way to visit their friends in the suddenly very, very trendy Halifax.

Top Things to Do in Halifax 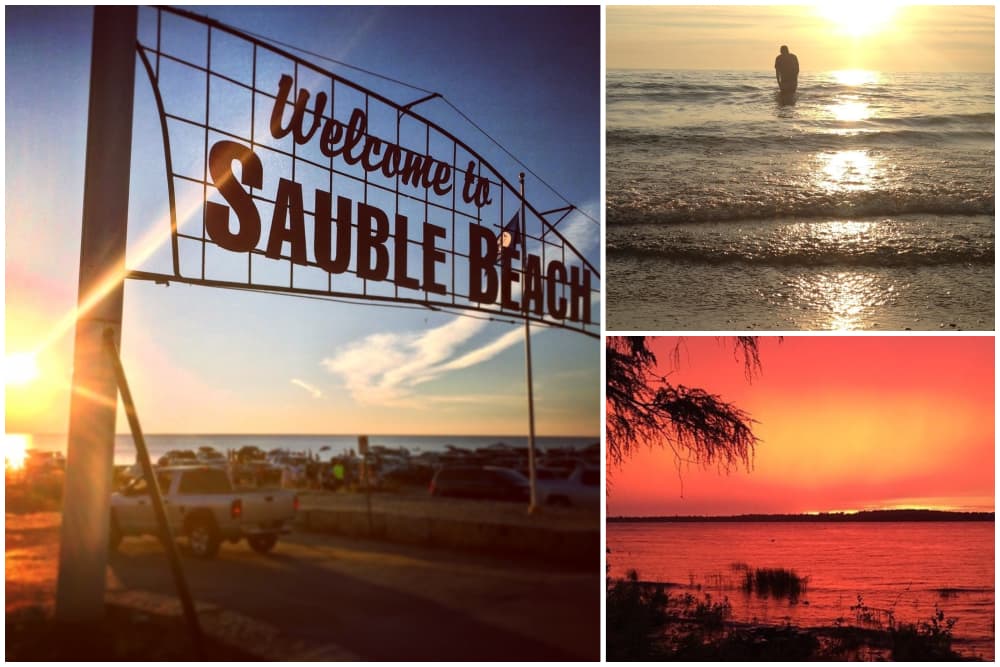 You know the beach must be outstanding if it’s mentioned in the same list as St. Lucia in the Caribbean. Mentioned by name in our survey, Sauble Beach isn’t just a well-known freshwater beach town, it’s also one of the top recommended cities by millennials. Remember those flip-flops.

Top Things to Do in Sauble Beach 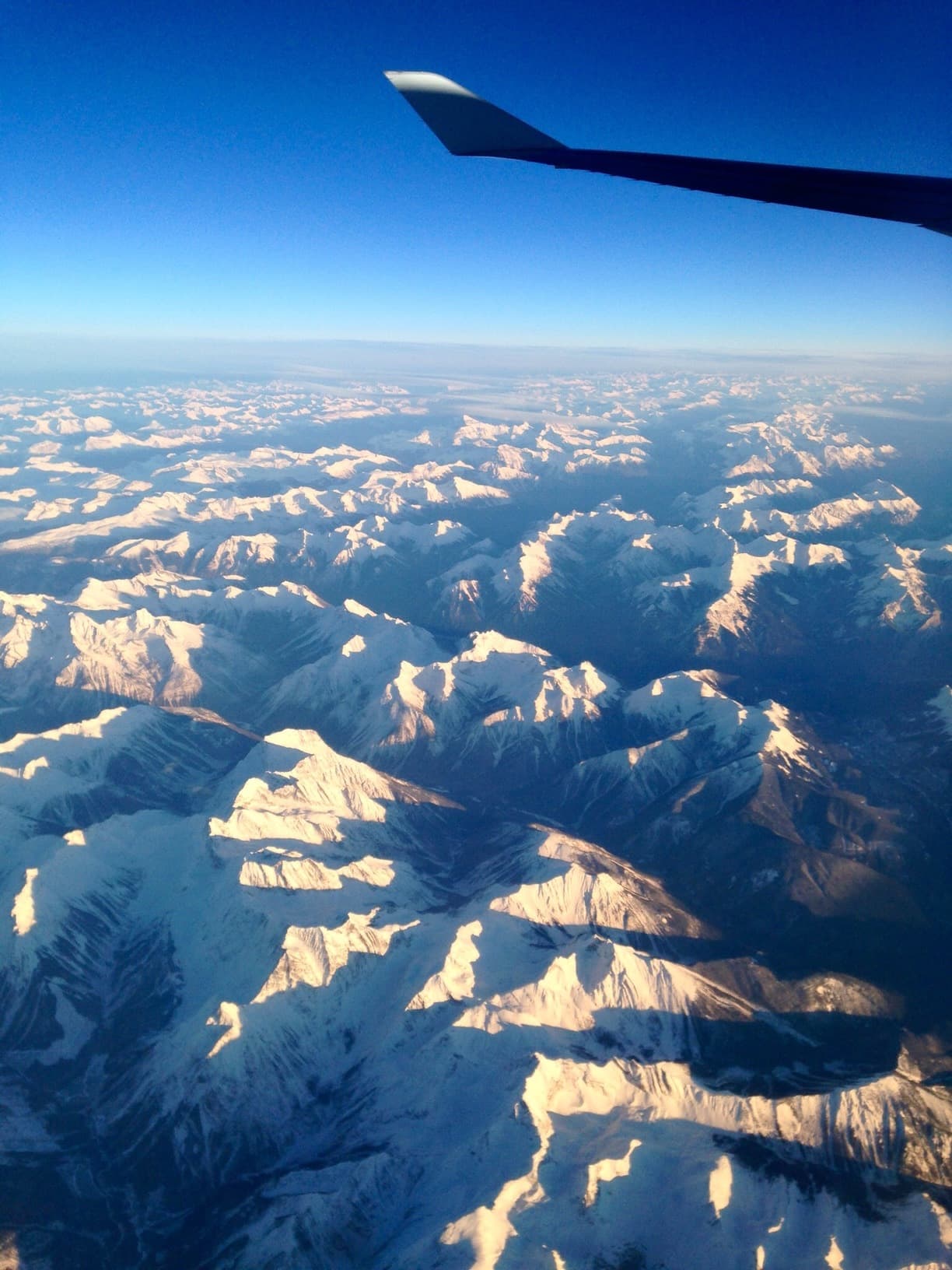 Well, well, well, humorous respondent who said, “Climb a mountain” when we asked for your recommendation. Guess what? Your answer is going on the list. Truth be told, good sir or ma’am, climbing a mountain is an excellent travel suggestion, and Canada happens to be full of them. There are the usual suspects, of course. Whistler is show-stopping, Revelstoke is ethereal, and we have a few favourite mountain towns, ourselves. But millennials tend to like things just about to go mainstream, so we’re going to shout out Elkford, British Columbia, which is nestled next to the Rocky Mountains. Tons of trails. Epic views. You’ll feel alive, alright.

When it comes to millennial travel destinations, we’ll let the numbers speak for themselves. Whether this crazy group is looking for aliens, mountains, or craft beer only brewed in one spot, you better believe that these locales are the hottest places to visit in 2018.

Next post The Cutest Canadian Animals and Where to Find Them