Clumps of grass went flying, gleaming gastronomy trophies were handed out, and thousands of people in hipster shorts swayed to pulsing beats. It’s been one hell of a year. To celebrate the end of 2015, Expedia.ca is here to reveal the top events, museums, and restaurants of the year. Here are the best Canadian restaurants of 2015. 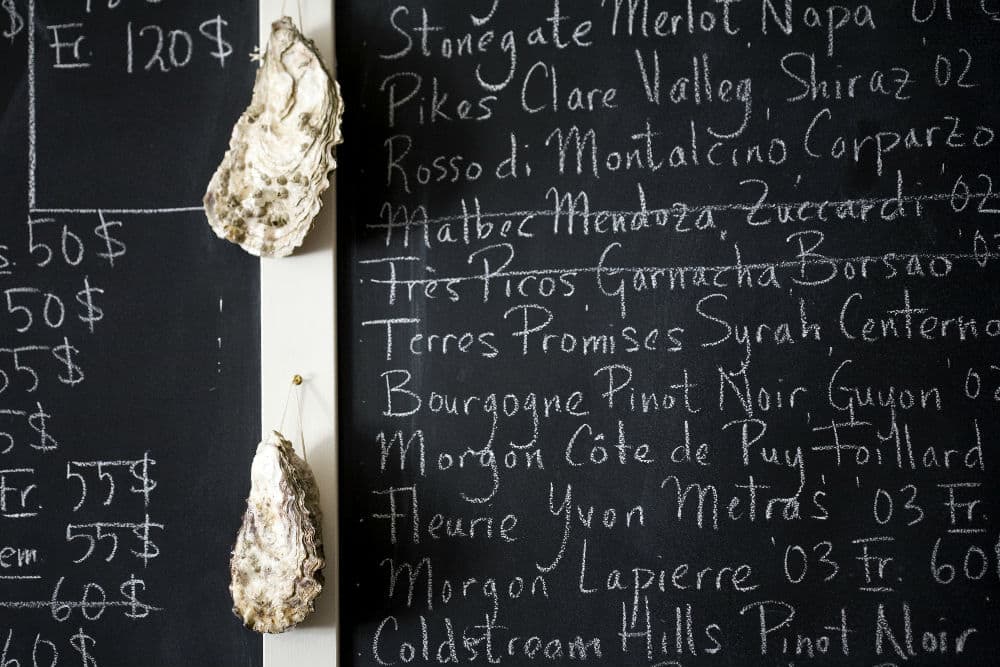 There’s something beautifully imposing about David McMillan, one of the owners of Joe Beef. Maybe it’s the thick beard, booming personality, or fierce pride of all things Montreal. Together with chef and fellow owner Frederic Morin, the hungry, boisterous duo are synonymous with good food. This year, it became clear that the eatery, often called one of the best restaurants in Montreal, is on the international radar too. In 2015, Joe Beef won a spot on the World’s Best Restaurants List, hosted by the Diners Club ® World’s 50 Best Restaurants Academy. It was one of the few Canadian restaurants on a list crowded by flavours from Paris, Lima, and Milan. What makes Joe Beef’s menu so famous is its proudly French Canadian roots and high attention to detail. Check the chalkboard menu for specialties like delectable foie gras, burrata topped with greens freshly picked from the outside garden, spaghetti tossed with lobster, and smoked meat croquette finished with a dollop of mustard and slice of pickle and dill. This is no average (joe) restaurant, my friends. 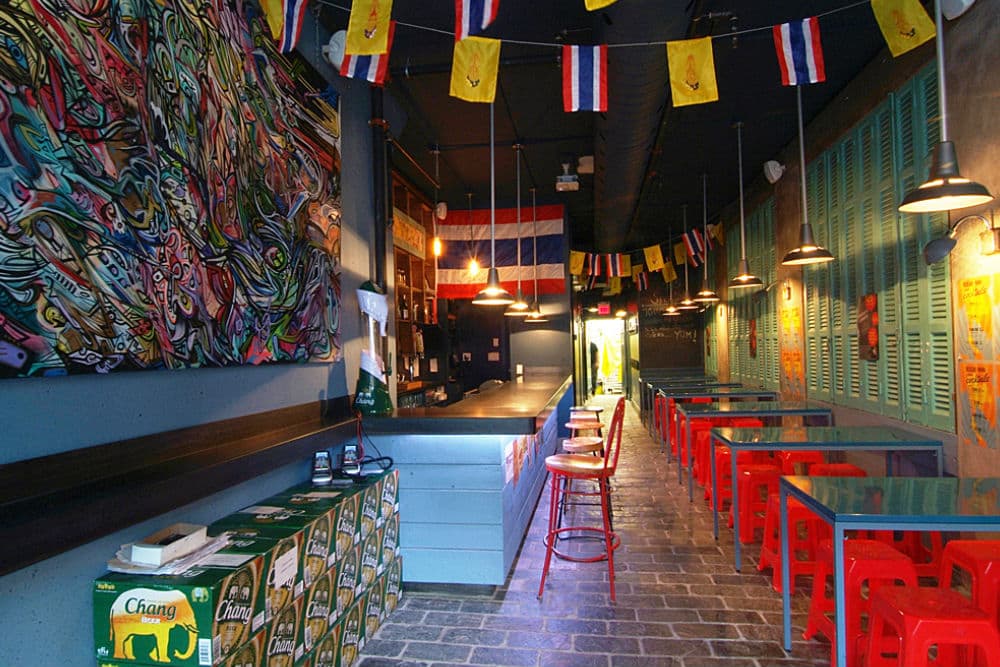 A restaurant provides more than a menu; it also provides a sense of “place.” And when you’re looking for a Thai restaurant in Toronto to be “your spot,” look no further than Nana. Opened in late 2014, the sister restaurant of Khao San Road came into its own this year, with glowing reviews and new fans. The name painted in gold adorns the makeshift wood sign, and on the inside, cobblestone floors, international flags, and green window shutters create a sense of homey comfort. And you’d be forgiven if you think that your grandma is secretly cooking up a storm in the kitchen. Home-cooked favourites like Southern fried chicken laab, boat noodle soup, and Thai-style yellow curry fried rice will have you smiling. Their vintage recipe, flavoured with tamarind and fish sauce, make Nana one of the best pad Thai restaurants in Toronto. Stick around for dessert. Where else are you going to get Thai black tea gelato? Not the local diner, that’s for sure. 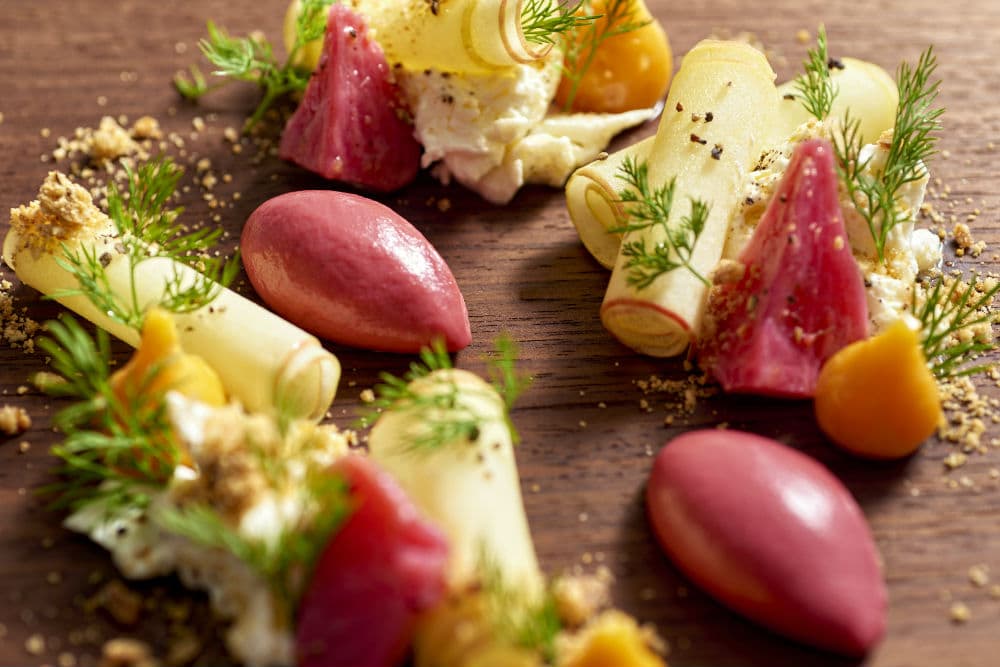 Not only is Hawksworth Restaurant a mecca of great food, it’s also a breeding ground for up-and-coming chefs. In 2015, the eatery continued its Hawksworth Young Chef Scholarship competition, founded by owner David Hawksworth and judged by top cooks in the region. Hawksworth also saw itself in the headlines for its partnership with Air Canada. The eatery will design meals that’ll be featured in International Business Class and Maple Leaf Lounges. One bite makes all the accolades make sense. For one thing, it’s said to have one of the best brunches in Vancouver. And for dinner? Crunch into the apple beet salad, with pickled beets, caramelized honey, walnuts, and burrata. Then sink your fork into the tamari glazed duck breast, with fried Carolina gold rice, macadamia nuts, and tempura enoki. Of course, if you have trouble making up your mind, order the tasting menu, which will help you understand why this is regarded as one of the top fancy restaurants in Vancouver. In the iconic words of Drake, ‘Oh you fancy, huh?’ Yes, yes you are. 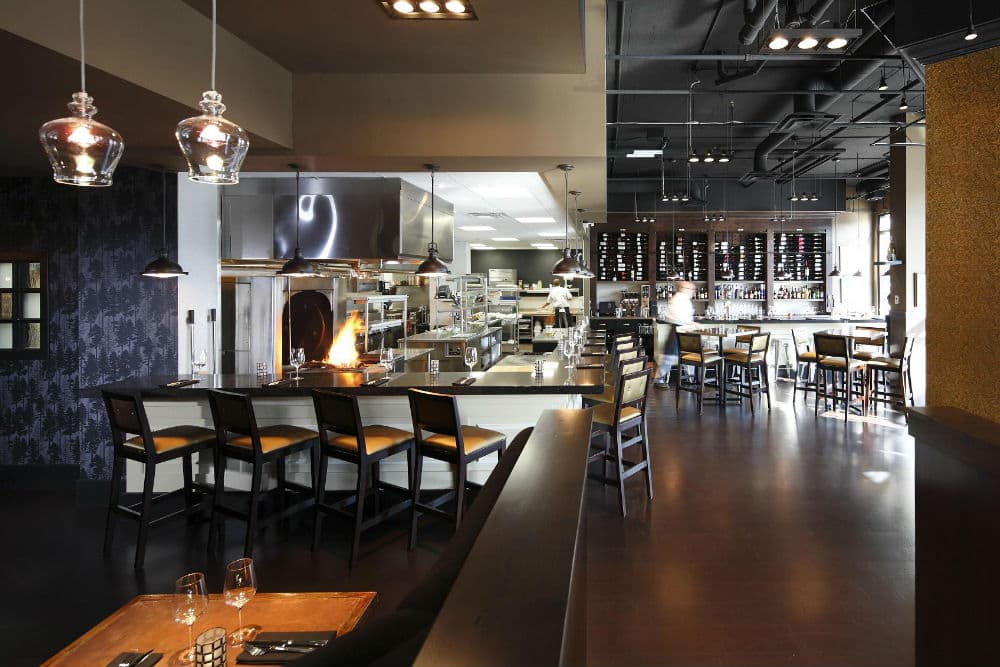 Take your predisposition of putting labels on things and throw it out the window when it comes to NOtaBLE. Is it an upscale restaurant? Is it the perfect spot for a first date? Or is it a causal joint to grab a drink with some friends? Somehow, NOtaBle manages to be all at once, making it one of the top restaurants in Calgary. Sure, you can order seared East Coast scallops or hand-cranked pasta, but you can just as easily order one of the burgers, as a new one is featured each month. And gluten-free folks are welcome too. Most of the desserts on the menu are decadent AND gluten-free. Aside from good food, NOtaBLE also sticks out from the competition with their active social media accounts. In 2015, they posted special shout-outs to fans, offered cooking tips like how to stuff a chicken with chili flakes and lemons, and announced their Live Music Brunch lineups. When people ask you where to eat in Calgary, tell them to take “NOtes.”

You know that friend who says to come by whenever, tends to be up late, and always has good booze in the fridge and ton of food on the table? That’s El Camino. This spunky Mexican restaurant in Ottawa says no to reservations, yes to walk-ins, yes to window-only food, and closes when it’s “late” enough. The pork, beef, and Japanese eggplant tacos are on point, and while you can order a beer to wash it down, El Camino welcomes you to try the bourbon or tequila sour. And when the restaurant isn’t encouraging mo’ tacos mo’ happiness, it’s also competing against other prime eateries across Canada. In 2015, Chef Jordan Holley brought the heat in the Gold Medal Plates competition, displaying a “fowl play” dish of chicken seven ways, along with a 2014 Whitecap sparkling wine. You be the judge when you find yourself at El Camino.

As 2015 comes to a close, it’s time to toast the restaurants that delighted visitors throughout the year. From glittering gold to dinosaur bones, it was a year to remember. Cheers to 2015, and hello, 2016!

Which restaurant was your favourite in 2015?

Next post Orlando Beyond The Mouse: Surprising Sophistication and Options Galore

Previous post A Road Trip Through Ireland in Photos