If the word “exercise” evokes memories of treadmills, stationary bicycles, unchanging views and miserable, soul-destroying boredom, I humbly suggest you’re doing it wrong. Getting fit is only boring if you make it boring – and if you’re in a city you love but rarely have a good excuse to explore, well, you’re definitely doing it wrong.

I decided to test this out for myself, by taking a 5-mile loop of the center of Washington D.C., to see what the National Mall could do for my health.

With my Fitbit Alta strapped securely to my wrist and my gym buddy by my side, we took off to the Washington National Mall to not only see some of the nation’s most historical and evocative monuments, but to get the blood moving and our hearts pumping!

We began on Constitution Avenue at 17th St NW, near one of a row of classic buildings lining the National Mall. Welcome to the wider United States of America. This is the home of the OAS which, in 1889 formed a union of international American republics that grew to encompass every independent country in the Americas – all 35 of them. It stands for peace, security and the consolidation of democracy.

It’s a powerful symbol of D.C. itself – and so, what better place to kick off this tour?

From there, we started walking briskly east towards the distant Lincoln Memorial, located at the far end of the Mall. The full length is a good workout in itself: from the Capitol steps to the Lincoln Memorial is 3 km (1.9 miles). Run there and back seven times and you’ve done a marathon. It feels like a yearly fitness event waiting to be discovered – how about calling it “Capitol Punishment”?

Stop 2: The National Academy of Sciences

We trotted down Constitution Ave past the Federal Reserve building, currently fenced off to the public, and made our way to the Albert Einstein Memorial, located in front of the National Academy of Sciences. It’s an extraordinary thing – the world’s most famous theoretical physicist sprawled on his back like he’s just stepped on a banana skin.

While Albert couldn’t look more relaxed/concussed, the rest of the place has a more active vibe – it’s a small “runners park” and has some low benches which are perfect for tricep dips, angled planks, or push-ups. To the right is the front entrance for the State Department, and we saw a small group of people rallying in support of the Democratic Republic of Congo. On a given day, you’ll find at least one rally taking place somewhere in the city.

(A fun challenge for D.C. runners: keep going until you find today’s rally!)

From the State Department we proceeded to the Lincoln Memorial. There are 57 steps all the way up to Abe – and it’s a total myth that they represent the years of his life (he was 56 at his time of death).

Step-running is a great way to increase your heart rate – and it’s deceptively intense, so watch yourself (and have plenty of water handy). When pausing at the top, be sure to read the Gettysburg Address:

“Fourscore and seven years ago our fathers brought forth on this continent, a new nation, conceived in Liberty, and dedicated to the proposition that all men are created equal.”

(Hear that? You’re the equal of Usain Bolt, so you have absolutely no excuse. Do at least one more lap of these steps, up and down – and then you’re allowed the Liberty of collapsing for ten minutes.)

This area is usually crowded, so be sure to watch out for slower moving tourists as you pant your way up and down. I took a moment’s rest in the very spot where Dr. King gave his immortal “I Have A Dream” speech. At 17 minutes long, it’s the perfect length to stop and catch your breath (grab it on mp3 here).

When you come down the steps of the Lincoln for the last time, there are a couple of choices for sightseeing. To the left, the famous, haunting Vietnam Veterans Memorial. Head straight ahead for the Reflecting Pool, opening scene of a million political thrillers – and to the right is the Korean War Memorial. Today we went right, running past the 38 reflected soldiers representing 38 months in the 38th parallel, and reminding us that the freedom Americans enjoy today came at a cost – and always will.

There’s another memorial just nearby, dedicated to the residents of D.C. who served in WWI – and alongside are the Park Police stables. I always enjoy seeing the mounted police on their amazingly well-trained horses, & like to stop and pet them (the horses, I mean) whenever I’m passing.

From the WWI Memorial it’s a quick sprint across the grounds to a pedestrian crosswalk on Independence Avenue – which brings you to the Dr. Martin Luther King, Jr. Memorial. If his speech is still ringing in your ears from your R&R at the Lincoln, this is the place to pay your respects.

It’s located on the Tidal Basin, from where you’ll find stunning views of the Thomas Jefferson Memorial. When you exit be sure to go right via the paved path which rings the basin. While you have to be mindful of low hanging branches, this is a wonderful way to get between monuments quickly and picturesquely – and for that reason, there are often other walkers and runners on this path, so watch your way and don’t run blindly in.

To the right when exiting the King Memorial is the FDR Memorial, which is a personal favorite – a fitting testament to Roosevelt’s implacable leadership, and a beautiful place to visit in any season.

Today we chose to do a full 180 at FDR and go back through the MLK memorial towards the Mall itself, to pass by the World War II Memorial at the opposite end of the Reflecting Pool as Lincoln. The nearby visitor center has rows of benches which are perfect for more angled planks, pushups, or the exercise of your choice.

The other option is to follow the edge of the Tidal Basin towards the Jefferson Memorial – a riot of cherry blossom at the right time of year, which is the subject of a stunning yearly festival.

From the WWII Memorial, it’s common to see other fitness enthusiasts haring due east towards the Washington Monument. The distance between the Monument and the Capitol (1.8 km / 1.2 miles) is perfect for sprinting, and many residents enjoy midday runs along the wide, pebbled avenues which border the grassy areas of this part of the National Mall.

Head past the Monument and turn left on 15th St. at the new National Museum of African American History and Culture on your way to the White House. 15th Street NW is a gradual incline, perfect for comfortably increasing your pace and heart rate.

Stop 9: The US Treasury Department

Most of the time you can run along Pennsylvania Avenue on the lawn in front of the White House, but right now it’s blocked off for constructing the stands for our upcoming Inauguration. We chose to continue along 15th St to the Treasury Building. Improvised fitness tip: the small ledge along the block there is another good spot to stop and squeeze in a few more exercises.

Circling back around, our last notable stop on the loop was the Ellipse, the park behind the South Lawn of the White House. If you’re lucky, from here you’ll see the President flying in and out of the White House, using his very own helipad. The Zero Mile marker is located here – the first milestone from which all other road distances in the United States should be measured, and therefore the point where the country officially begins – and in December the National Christmas Tree is a jaunty, welcoming sight, especially as night falls.

Congratulations! That’s 5 miles – and I bet it didn’t feel like it. Plus you’ve seen some of the nation’s most important monuments.

This is a route you can do all year round. In fact, I’d recommend doing it at least once a month, so you can appreciate the changing seasons (and catch the cherry blossoms when they arrive). You can take it at your own pace, so it’s suitable for all levels of fitness…and it’s a wonderful way to re-appreciate the elegant, majestic layout of this part of the city.

Wherever you are in the world, I challenge you to adapt this philosophy, don your running shoes, and go rediscover where you live, fast enough to break a sweat.

The gym is open. Get to it. 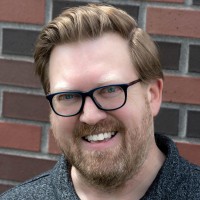