You’ve eaten your weight in Nanaimo bars and played on the world’s largest chess set on your road trip across Canada, and now you’re on the road the again. Leaving Alberta in your dust, your sights are set on the Canadian Prairies as you cruise toward Saskatchewan and Manitoba.

You may have been through the area before, staying at one of the Saskatoon hotels, but this time, you’re focused on seeing what the prairies have to offer. With wheat fields and open sky as your travel companions, this stretch of your Canadian road trip will you lead you from Swift Current all the way east to Whiteshell Provincial Park.

Essential Road Trip Stops Across Canada
Beautiful BC: British Columbia
In the Rear View: Alberta
You Are Here: Saskatchewan and Manitoba
Sights Fixed On: Ontario
Once Removed: Quebec
The End!: Maritimes and Newfoundland Labrador
From Coast to Coast: 10 Must-See Stops

Here are 9 stops you should make across the prairies: 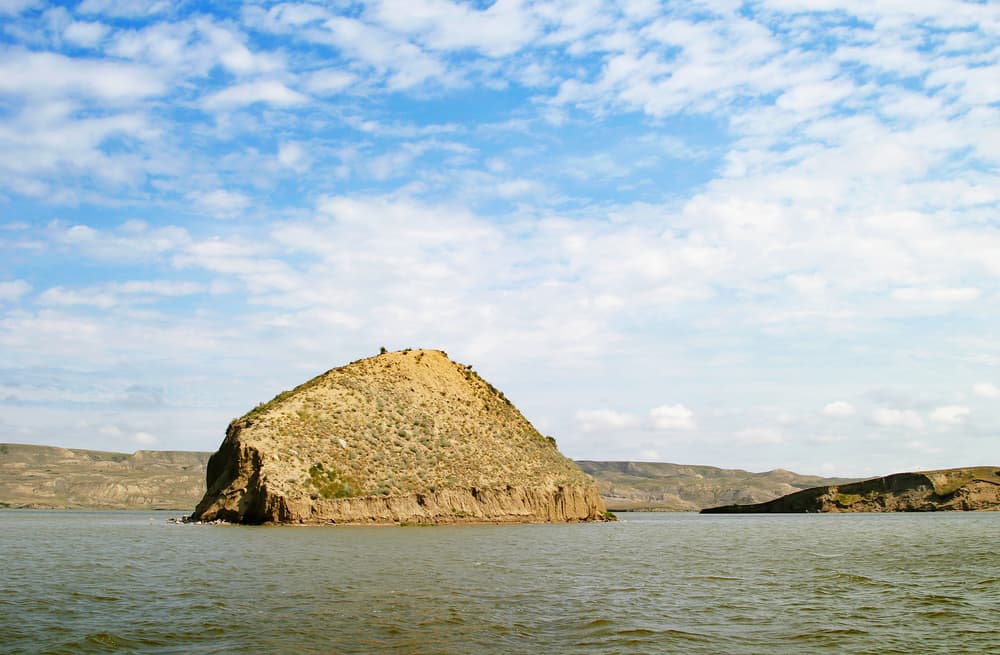 After staring at the open road for hours, your eyes need a break and your stomach wants some grub. Make a pit stop in Swift Current and take a bite out of Original Joe’s Restaurant and Bar. The huge honkin’ handhelds and burgers are certain to see you through the next leg of your trip. Top off your order with some truffle parmesan potato crisps or dynamite tempura shrimp, and then step on the gas and head toward Lake Chaplin on your way to Moose Jaw. The village of Lake Chaplin is home to a Western Hemispheric Shorebird Reserve Network site, one of only five in Canada. Join a guided tour and whip out your binoculars in search of the endangered piping plover, which is known for breeding in the area.

You’ll know you’ve arrived in Moose Jaw when you see none other than the massive antlers of Mac the Moose welcoming you to town. Trust us, a photo with Mac the concrete moose, who stands 10 meters tall and weighs 10 tons, will definitely give your Instagram feed a leg up.

After your photo op, venture below the streets of downtown to the Tunnels of Moose Jaw, where you’ll step back in time as the underground becomes the stage for two theatre productions that tackle prominent periods in Canadian history. Digging the local history angle? Step up your trivia knowledge at Sukanen Ship Pioneer Village & Museum, where you’ll continue to explore the region’s past.

With a couple of history lessons under your belt in this prairie town, you’ve earned the right to turn off your brain at Temple Gardens Hotel and Spa, home to Canada’s largest geothermal mineral water pool. Your mind and body will appreciate the extra TLC because it’s back on the road again in the morning. 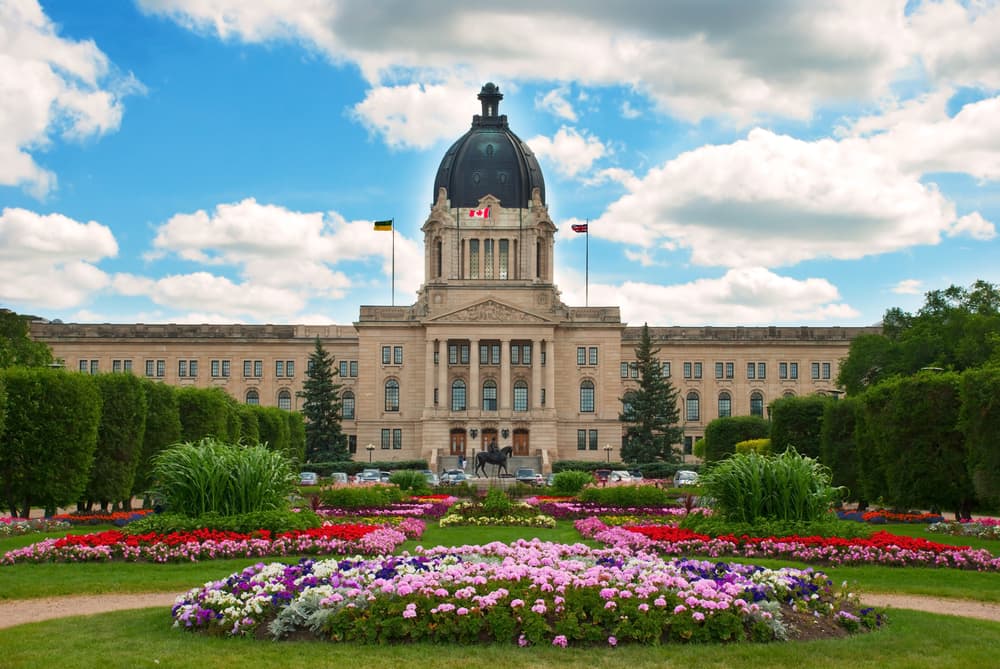 Less than an hour in the driver’s seat and you’ll already be pulling up to Regina. Get out and stretch your legs at Wascana Marsh, a preserved marshland, which sees 115 species of birds fly through during migration. Next up: the RCMP Heritage Centre. Here, the exhibits explore the early beginnings of the Royal Canadian Mounted Police, or Mounties as they’re called in this part of town.

You’ll be sorely disappointed if you visit Regina without seeing the massive, robo T-rex, Megamunch, so swing by the Royal Saskatchewan Museum to hear him roar, and don’t miss the First Nations Gallery while you’re at it. All of these exhibits are bound to have you feeling thirsty, so wet your whistle over at Bushwakker Brewpub. Knock back a Sodbuster Brown or Stubblejumper Pil, while rubbing elbows with the locals, and then sleep it off at a nearby Regina hotel—Four Points by Sheraton Regina and Delta Regina are within walking distance of the pub.

Not one for subtlety, Indian Head greets you with a massive statue of a chief’s head. Pull over at the landmark and stop by the tourist booth for some maps and tidbits about the area. What’s this town all about? Find out with a visit to Indian Head Museum, where you’ll uncover its pioneer past and explore a 1926 school house. Poke around for more historical facts at The Grand Theatre—an opera house turned silent picture theatre. Today, you can grab some popcorn and catch the latest flicks on the big screen at the old-timey spot.

Before leaving Indian Head, order a pie from A1 Pizza to see you through the journey to Brandon. Good bye, Saskatchewan, hello, Manitoba! 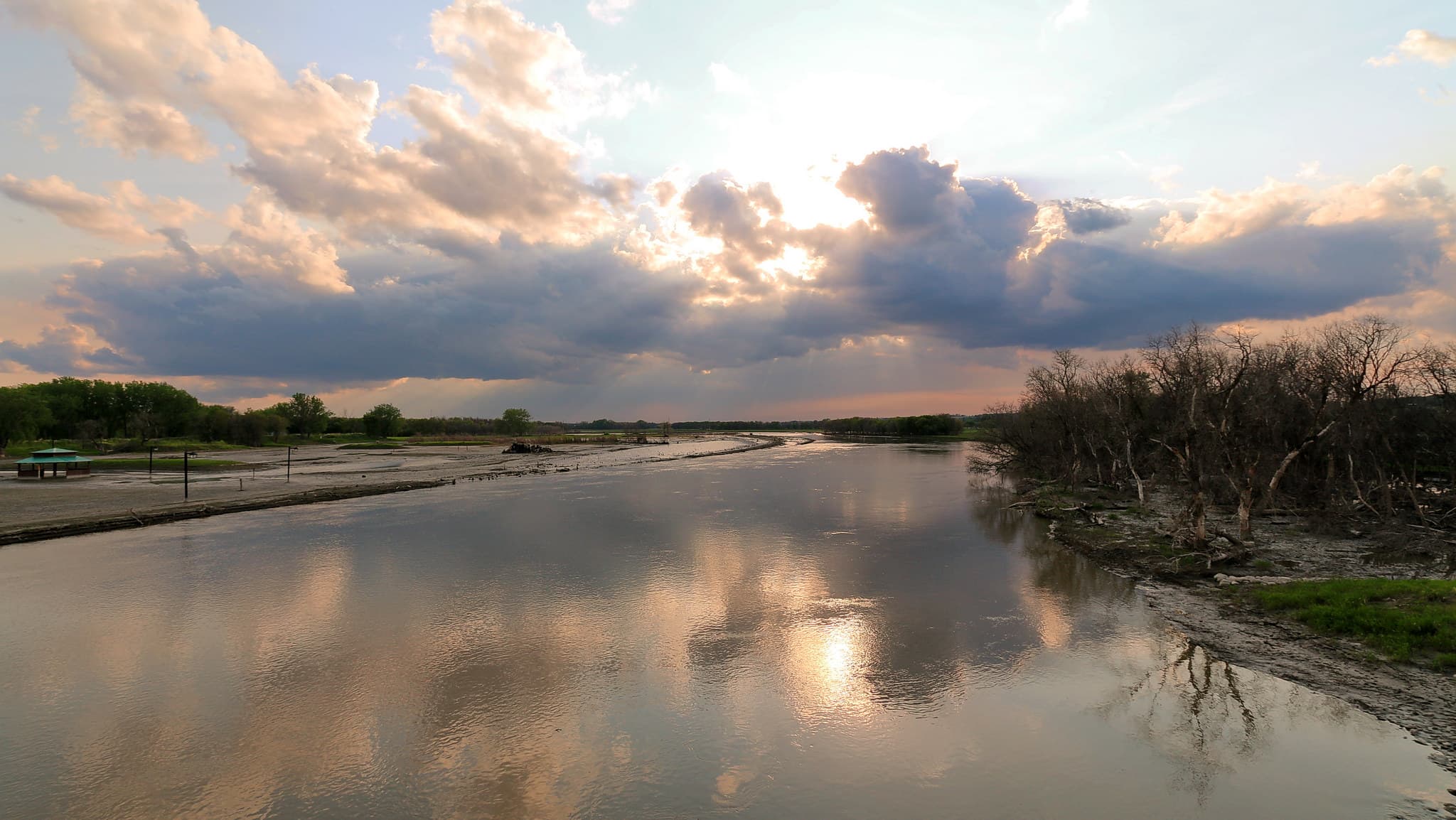 Three hours later, you’re probably cruising straight into hangry territory. Thank goodness for The Dock on Princess in Brandon, where you can devour a plate of hand-cut and battered onion rings to get you back to your normal self. With your blood sugar stabilized, it’s time for the Daly House, home of the city’s first lawyer and mayor, Thomas Mayne Daly. Tour the late 19th-century home and learn about the man who later became Canada’s first juvenile court judge.

Meanwhile, if the creepy, crawly, squirmy, and scaly don’t seem to bother you, you’ll get by just fine at the Westman Reptile Gardens. This exotic attraction is slithering with more than 15 kinds of venomous snakes, from cobras to vipers. See eye to eye with milk snakes, poison arrow frogs, and giant monitors, too. Rather see some critters in their natural habitat? Zip over to the Assiniboine Riverbank Discovery Trail for some nature hiking and then grab some Tastee’s Ice Cream on your way out of town.

When you conjure up image of the prairies in your head, you’re going to want to throw a gigantic Coca-Cola can into the picture. Sure, it’s a little strange, but Portage la Prairie painted an old water tower to look like a soda can, earning it the title of the world’s largest Coke can.

After striking a pose in front the quirky roadside attraction, it’s on to PCU Centre’s Splash Island Waterpark. You’ve been cooped up in the car for days, so you can only imagine the adrenaline rush you’ll score as you shoot down the Splash Attack water slide. Go on, dance under a waterfall mushroom and float down the lazy river; it’s only a matter of time until you’re back on the open road. 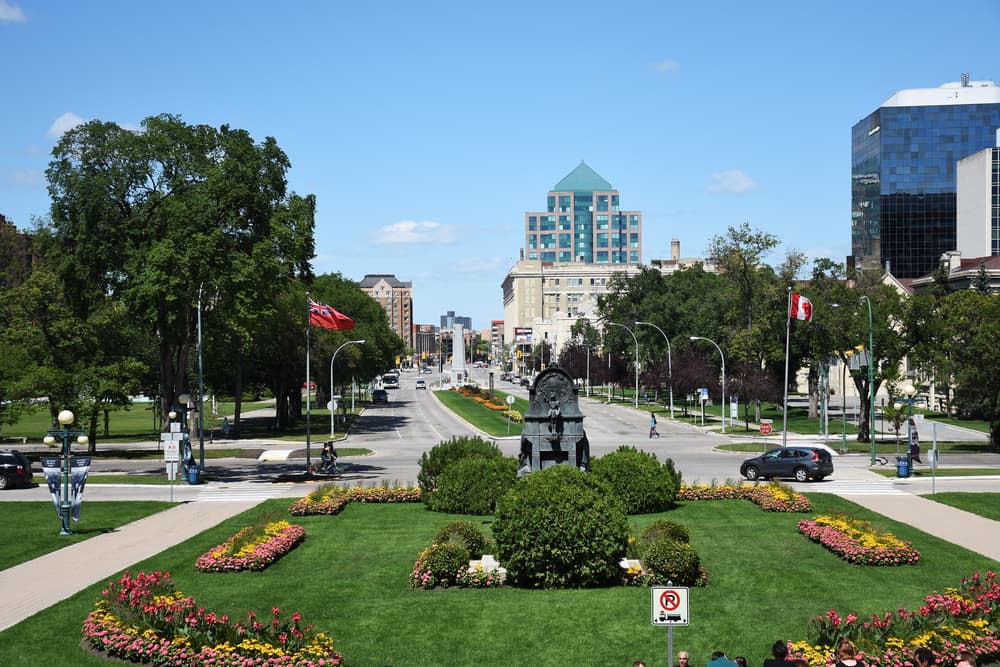 It’s not a legitimate Canadian road trip until you spy the Winnipeg welcome sign in the distance. As you pull into town, it’s time to get down to business. What comes first, a tree climbing adventure with Travel Roots or a tour of the Manitoba Sports Hall of Fame? Both are equally epic, so plan on doing them back to back. Next up? The Plug In Institute of Contemporary Art, which offers a fascinating display of permanent installations and thought-provoking exhibits.

Any self-respecting road tripper knows that Manitoba’s largest city is worth lingering around for a few days—so reserve one of the Winnipeg hotels and get ready for full-on tourist mode. Make your way to the Loop, where you’ll come across some of the city’s finest cultural and historical attractions, from St. Boniface Cathedral to City Hall. Keep stretching those gams of yours with a stroll along the floating boardwalks at FortWhyte, and then run wild and free through the 13 hectare tall grass at the Living Prairie Museum. Fuel up at Kings Head Pub and Eatery with a hearty plate of Guinness Beef Stew before getting back behind the wheel to continue your adventures eastward.

Your next stretch will lead you to Steinbach. Translated from German to mean “stony brook,” this city was settled by Mennonites in 1874. The town still celebrates its Mennonite history, so come explore the horse buggies and Dutch windmills for yourself. At the Mennonite Heritage Village, play the part and order a traditional bowl of Komst Borscht at the Livery Barn Restaurant and guess “what was this used for?” as you wander around the Polish and Russian artefacts. As you cruise out of town, take some time to appreciate those wheat fields rolling by, because after your next stop, the prairies will be nothing but memories in your rear-view mirror. 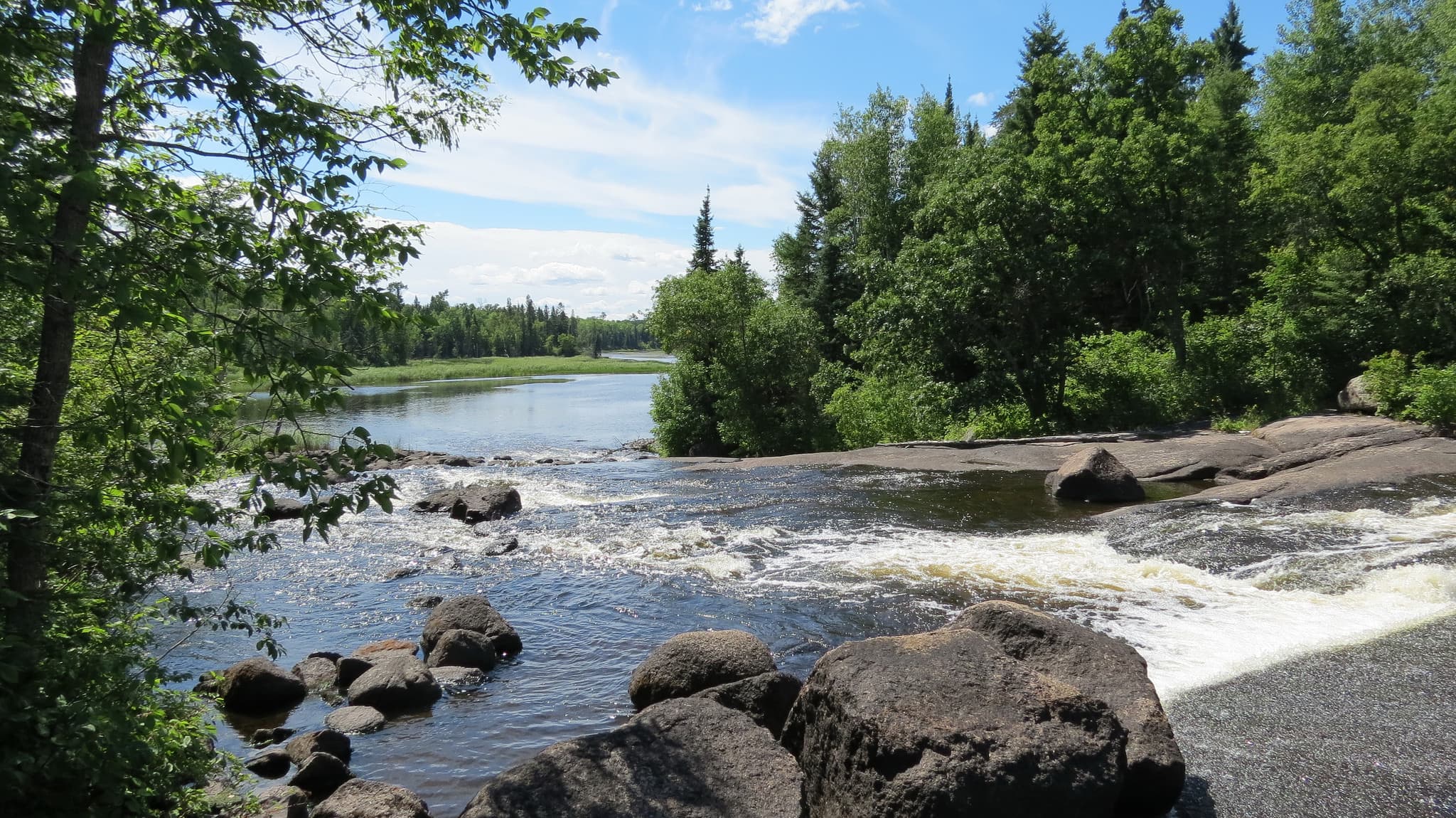 The last leg of your road trip will bring you to a nature retreat in Whiteshell Provincial Park. You’ll be seriously stoked to leave behind the black tar roads for the fresh river trails. Channel your best Huck Finn as you roam around more than 200 lakes and cast a line for some rainbow trout. Give yourself a day or two to soak up this nature scene before piling back in the car for the Ontario stretch of your Canadian road trip.

Next post 6 Must-Stop Locations on an Alberta Road Trip