As one of the largest cities in Canada, you might think you already know all there is to know about Vancouver, but there are always a few fun facts waiting to be discovered. This is a city with a rich backstory and treasure trove of hidden gems. In honour of its uniqueness, we partnered with Inside Vancouver to present you five facts you might not know about Vancouver.

#1 Night with the Sea Life

Do you ever find yourself mesmerized by brightly coloured fish and whimsical ocean plants so much that you wish you could stay longer in the exotic dreamland? Well, stay the night at the Vancouver Aquarium! The aquarium is open for visitors looking to spend the night among the sea life. Enjoy time away from the crowds as you get to watch the graceful movements of dolphins, sea otters, eels, and sea horses after hours.

Most people know that Stanley Park is one of the most visited attractions in the city, but do you know just how big the park is? At 400 hectares, it’s bigger than Central Park in New York and is the largest city-owned park in Canada. Its substantial size is only one of the reasons eight million visitors make their way to the green space each year. The lush area is brimming with totem poles, quaint bridges, wild gardens, and of course, the famous seawall. The stone wall offers prime views of the choppy oceans on one side and the glittering skyscrapers on the other.

Everyone loves a good dip, but did you know that the Kitsilano Pool is actually the longest in Canada and Vancouver’s only salt water pool? The summer splash zone is bigger than three Olympic-size pools, with three water slides, heated waves, and a café close by. The real attraction is the view. The prime location on English Bay allows swimmers to see the cityscape, the ocean, and the mountains. 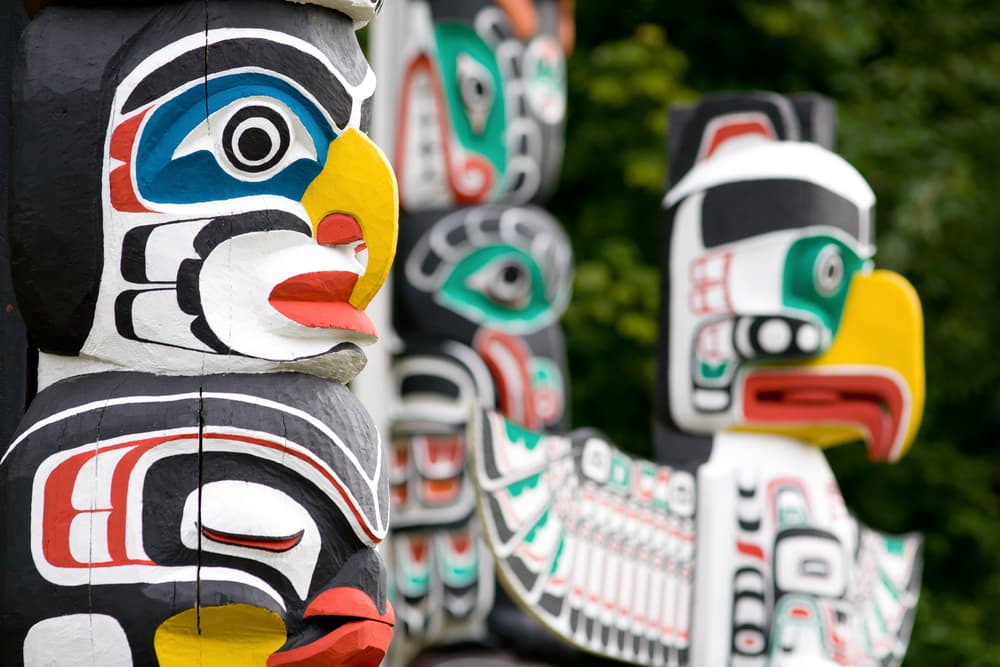 Sometimes sisters send each other cards, flowers, or gifts. But when it comes to Vancouver, its sister city Kushiro, Japan, sent something even greater: totem poles. You can spot the giant art pieces on Burnaby Mountain, located near Burnaby Lake Regional Nature Park. After you see the proud structures, lace up your boots for further exploration. The large green space offers a wealth of trails for easy hiking and stunning sights of British Columbia flora and fauna.

What’s in a name? Quite a lot. North Vancouver used to have a far more broody label when it was called Moodyville. It was named after Sewell Moody who established the Moodyville Sawmill in 1865 and helped create the first European settlement on Burrard Inlet. It’s grown quite a lot since then. Today, North Vancouver is home to public markets, waterfront parks, shopping boutiques, and access to seasonal hiking and skiing. The mood here is decidedly happy.

There’s always more to see and do in a metropolis as beautiful as Vancouver. Get to know Vancouver on your trip and see what magic the town has to offer.